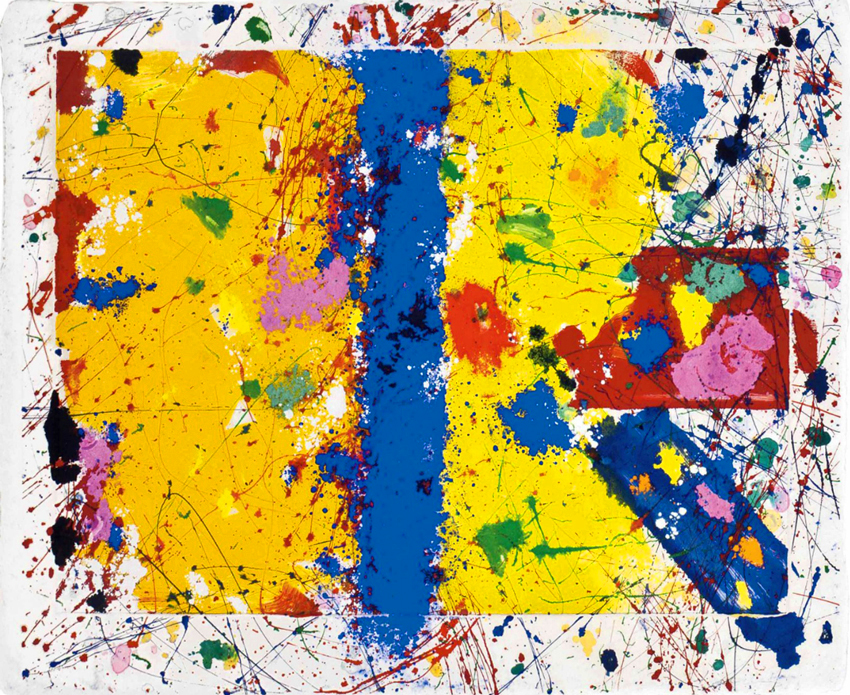 Sam Francis Untitled Acting, 1979, is a lively work sure to delight many. Sam Francis was a versatile artist. He was fascinated with science, religion and philosophy. Particularly, he became a practitioner of Zen Buddhism after traveling to Japan. This influence is evident in the meditative manner he approached each work thereafter. Furthermore, Francis was also involved with Jungian analysis, which led him to pay close attention to his subconscious imagery and his dreams. Looking at many of his works, it becomes clear that each artwork is a tribute to his innermost desires and contemplations. In the 1980s the artist departed from painting and became fully involved in printmaking. His interest in this new medium was so significant he eventually owned a print shop in Santa Monica. He now leaves behind and important legacy for American art and is considered one of the central artists in the California Abstract Expressionism group.

Exuberant bursts of color seem to be moving on their own accord. There is no strict structure or confinement as hues of red, blue and pink seemingly dance on the paper. The thin lines of splattered color seem to be a tribute to drip painting, a method popularized by Jackson Pollock in which paint is dipped onto the canvas. This is an important connection to make as Francis is one of the most identifiable figures of Californian abstract expressionism.

Created in 1979, this unique original color monotype with oil paint and ink on handmade paper is hand- by Sam Francis (San Mateo, 1923- Santa Monica, 1994) in pencil in the lower right.

ABOUT THE FRAMING:
Framed to museum-grade, conservation standards Sam Francis Untitled Acting, 1979, is presented in a complementary moulding and finished with silk-wrapped mats and optical-grade Plexiglas.