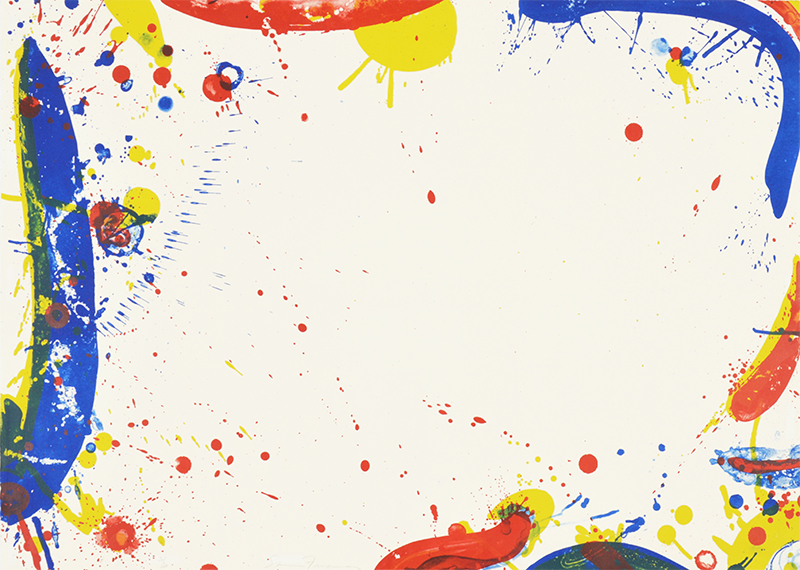 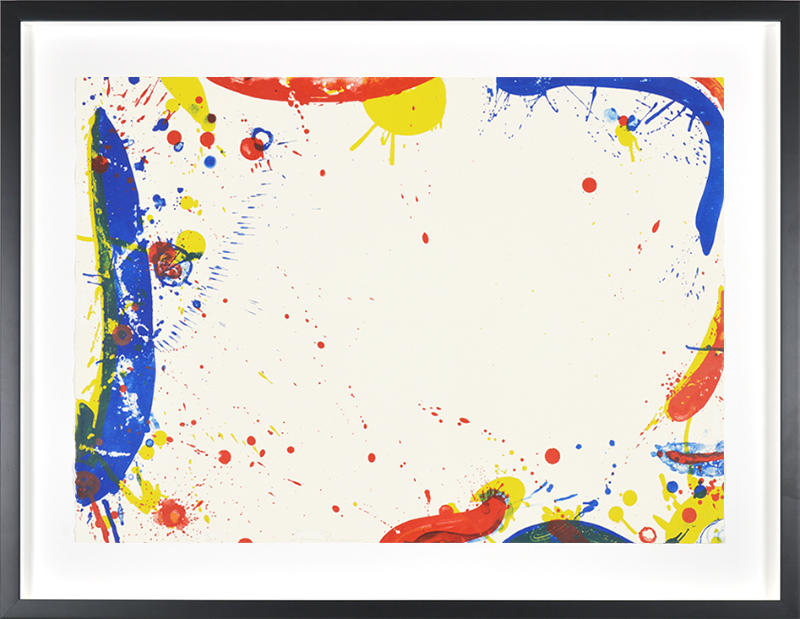 Sam Francis Long Blue, 1964 is an exciting expression of color and movement formatted in a landscape orientation. Emblematic of two of the artist’s most recognized approaches, Long Blue, 1964 showcases his more painterly, quick and loose application, while recalling his iconic ‘Edge’ paintings.  Utilizing a simple palette of primary hues, Francis constructs this abstract image around the perimeter of the composition.  Going against conventions, the emphasis lies on the borders, with the prominent forms of a bold blue streak dominating the left side side and upper right corner. Additional splatters and sweeping brushstrokes in red and yellow similarly gravitate towards the sheet edge, partially overlapping in areas. This interaction of color creates additional hues in the palette of green and orange from the intermixing of the slightly transparent inks. The open center is left mostly blank apart from sporadic drips and splashes of color which dissipate towards the middle.

Catalogue Raisonné & COA:
Sam Francis Long Blue, 1964 is fully documented and referenced in the below catalogue raisonnés and texts (copies will be enclosed as added documentation with the invoices that will accompany the sale of the work).

1. Lembark, Connie. The Prints of Sam Francis Catalogue Raisonné 1960-1990. New York: Hudson Hills Press, 1992. Listed and illustrated as catalogue raisonné no. L72.
2. A Certificate of Authenticity will accompany this artwork.

About the Framing:
Framed to museum-grade, conservation standards Sam Francis Long Blue, 1964 is presented in a complementary moulding and finished with silk-wrapped mats and optical grade Plexiglas.