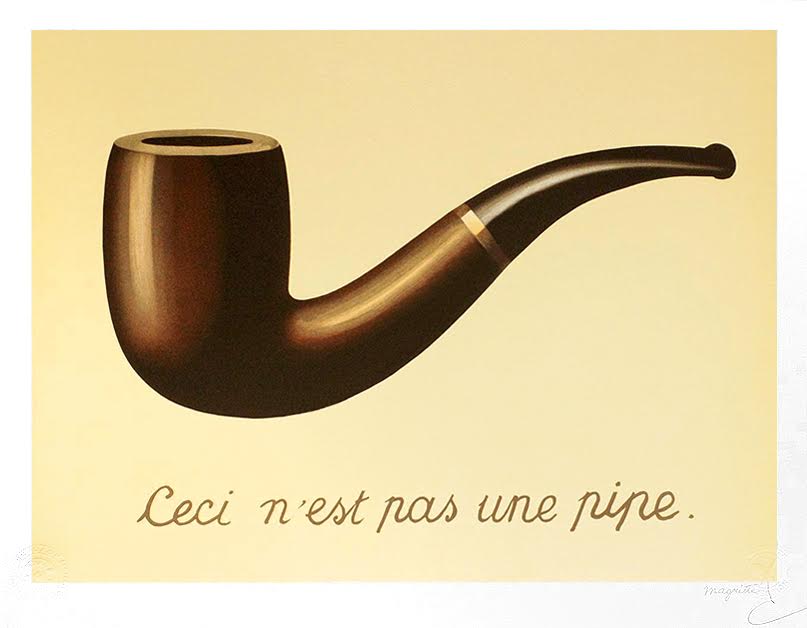 René Magritte This Is Not a Pipe is one of his most iconic images. Irony is not necessarily the lens through which one might understand This Is Not a Pipe. As Suzi Gablik points out the arbitrary relationship between an object and its name, explaining that this work is Magritte's way of saying that, "an image is not be confused with something tangible" (Magritte 127). The artist does not want us to see his work as the object, just as he does not want us to accept that the word 'pipe' is actually connected to the thing itself. Given this interpretation, this work takes on a more complex aspect than its simple, polished composition might initially imply.

Created after the 1929 original on on canvas La Trahison des images ((Ceci n'est pas une pipe) This Is Not a Pipe) by René Magritte (1898-1967), this color lithograph is was published and printed by Philippe Moreno, Paris in 2010. This work is signed ‘Magritte’ in fascimile in graphite color in the lower right margin and signed in pencil in the lower left margin by the representative of ADAGP representing the Magritte Succession, Mr. Charly Hersovici. Numbered from the edition of 275 in pencil in the lower left margin.

Catalogue Raisonné & COA:
René Magritte This Is Not a Pipe is fully documented and referenced in the below catalogue raisonnés and texts (copies will be enclosed as added documentation with the invoices that will accompany the sale of the work).

About the Framing:
Framed to archival museum grade conservation standards, René Magritte This Is Not a Pipe is presented in a complementary moulding and finished with silk-wrapped mats and optical grade Plexiglas.