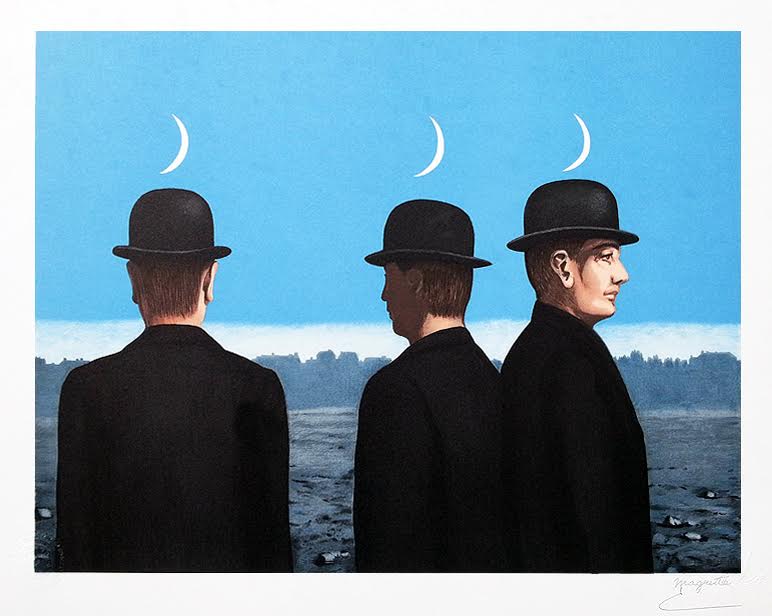 Rene Magritte's The Masterpiece or the Mysteries of the Horizon features three seemingly identical men in bowler hats. The imagery of the man in bowler hat is quite common in Magritte's other works, often reappearing in multiples. In this piece, each man faces a different direction, and each marked by a crescent moon. It appears they are sharing the same space however though they exist in different realities.

Created after an original 1955 oil on canvas titled Les mystères de l'horizon (The Mysteries of the Horizion), this color lithograph was published and printed by Philippe Moreno, Paris in 2003. This work is signed ‘Magritte’ in fascimile in graphite color in the lower right margin and signed in pencil in the lower left margin by the representative of ADAGP representing the Magritte Succession, Mr. Charly Hersovici. Numbered from the edition of 275 in pencil in the lower left margin.