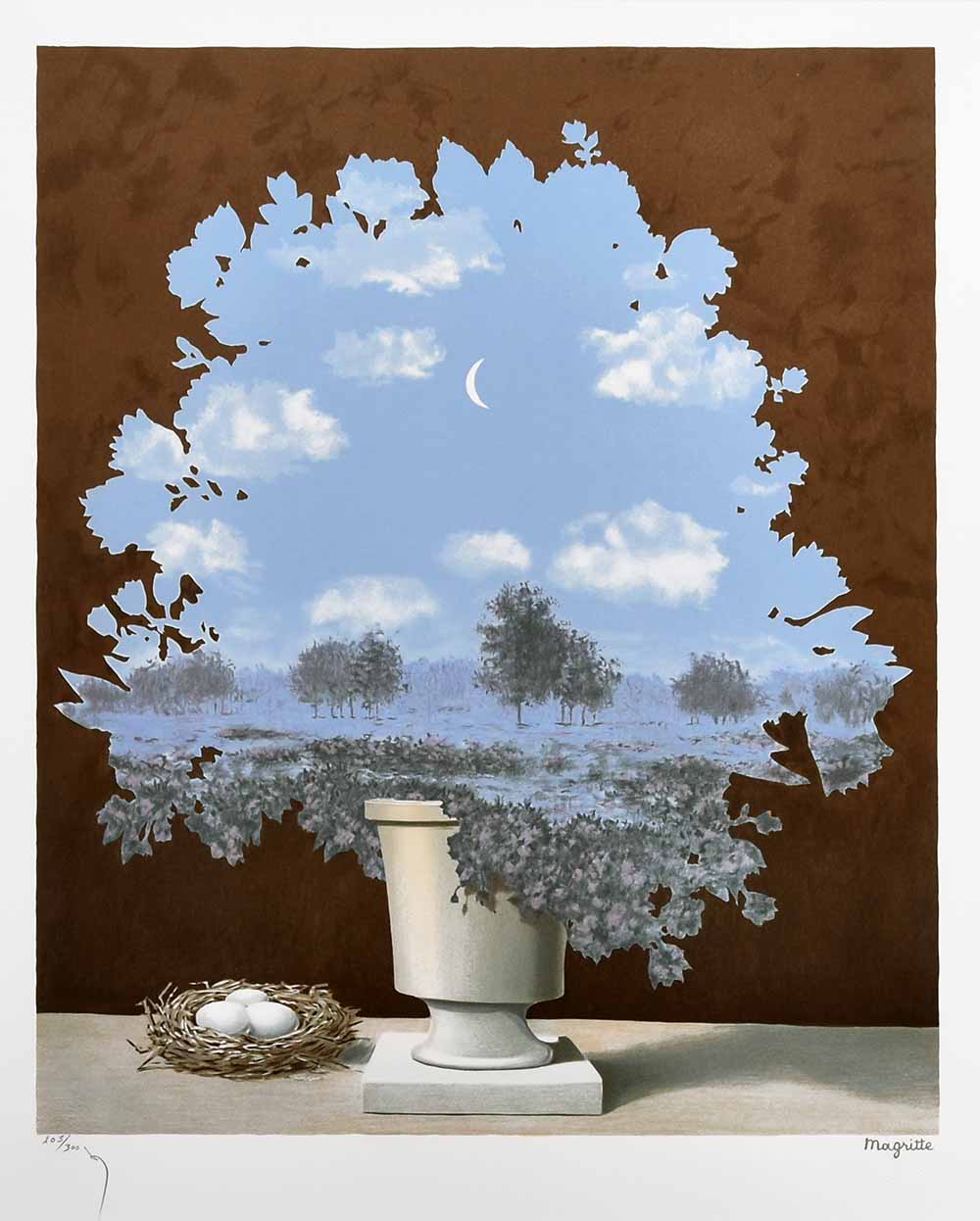 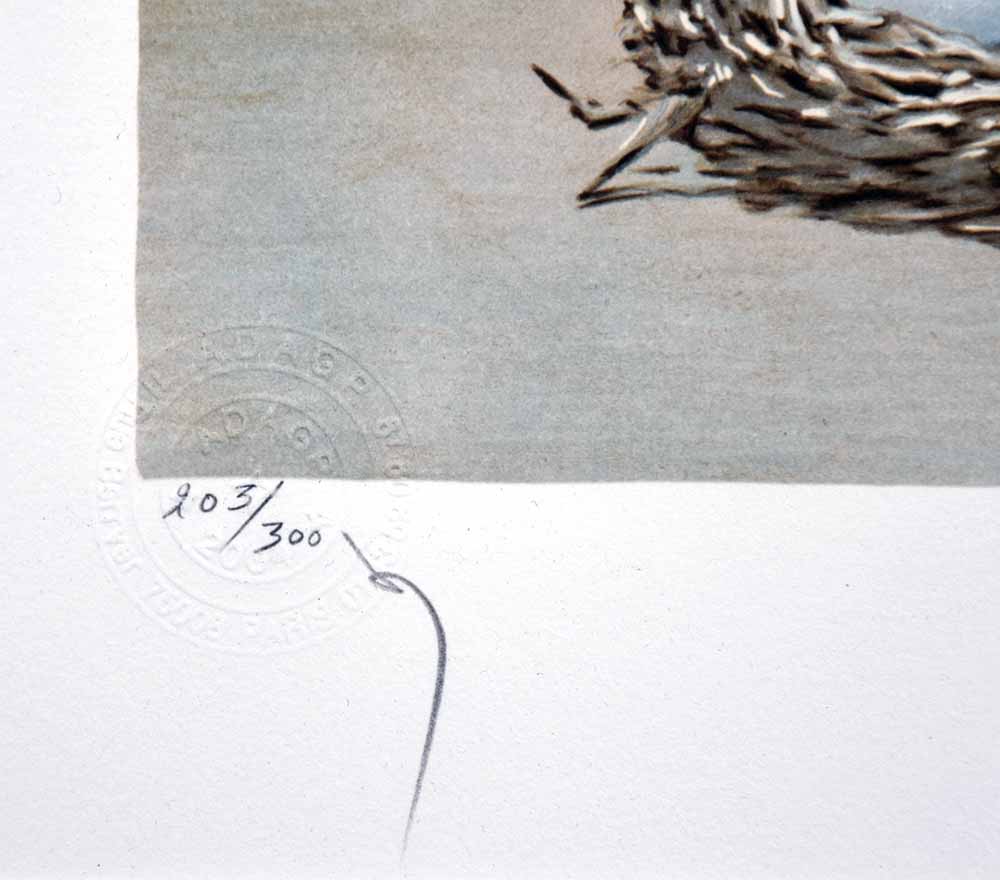 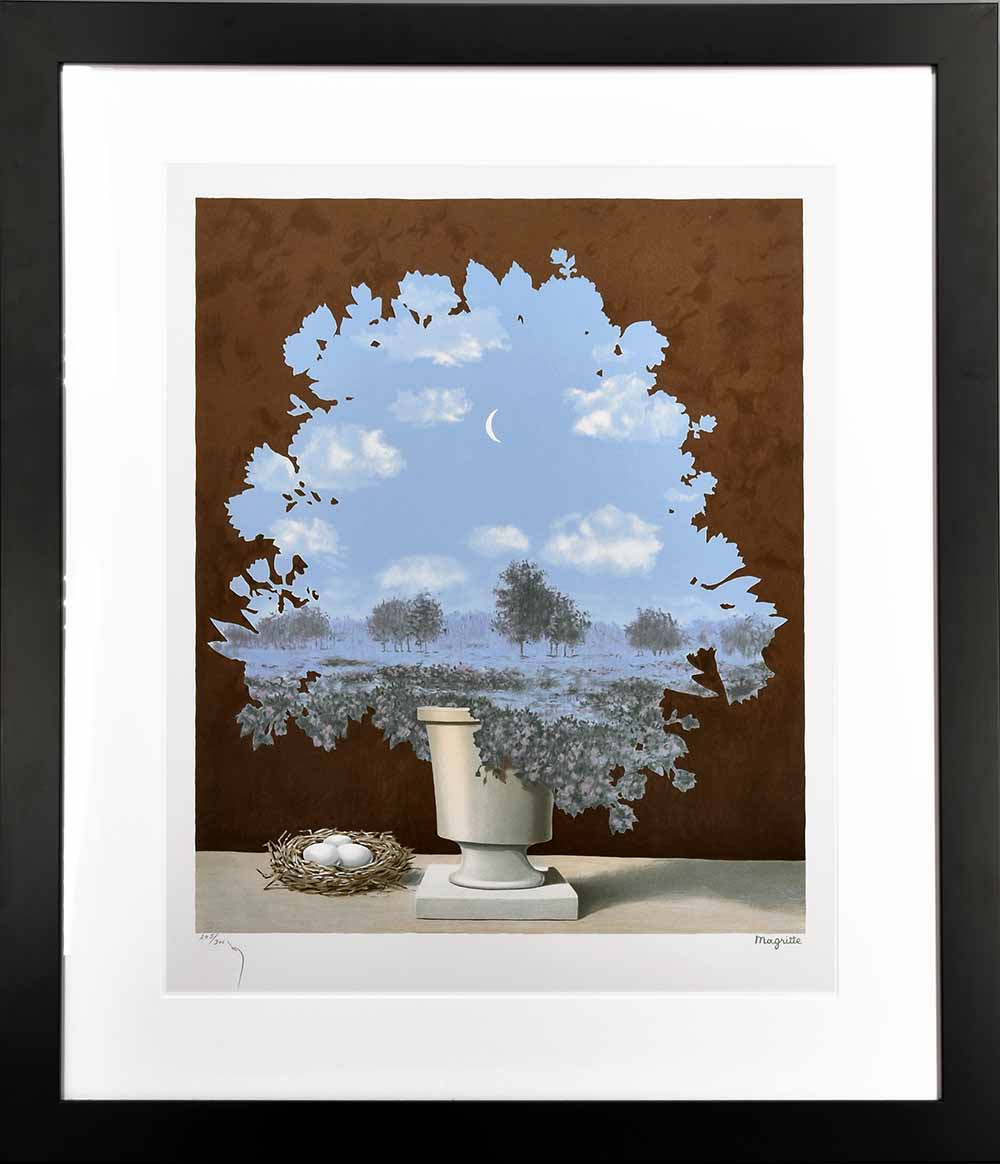 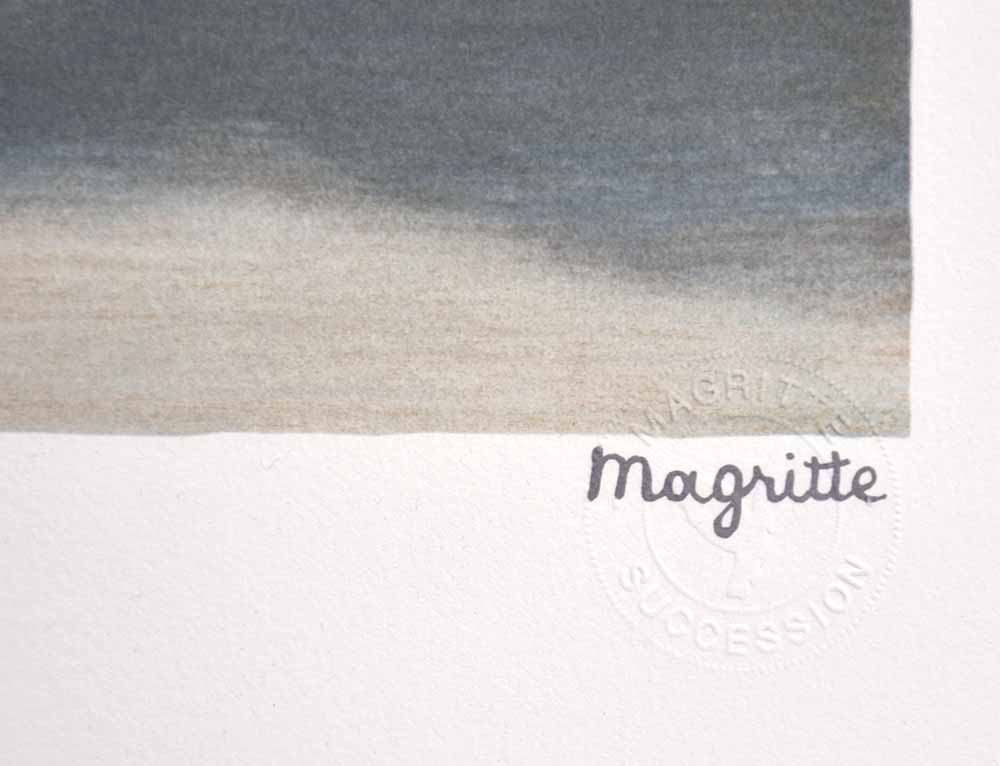 Offering a surrealist spin on a still life, Magritte depicts an unconventional bouquet of flowers placed on a level surface indoors. A bird's nest with three eggs rests next to the bouquet, disproportionately small in comparison. The viewer cannot discern the individual flowers within the bouquet; rather, the viewer witnesses the silhouette of the bouquet, filled in with a beautiful flowery landscape dotted with luscious trees. The bouquet serves almost as a window to the outside world, depicting a serene landscape at dusk, just as the crescent moon begins to rise in the daytime sky. Perhaps Magritte also wished to reference flowers in their natural form, growing freely in a field of green, only to be picked and placed on a mantelpiece.

Created after the 1964 original oil on canvas Le Le pays des miracles (The Country of Marvels) by René Magritte (1898-1967), this original color lithograph was published and printed by Philippe Moreno, Paris in 2003. This work is signed 'Magritte' in facsimile in graphite color in the lower right margin and signed in pencil in the lower left margin by the representative of ADAGP representing the Magritte Succession, Mr. Charly Herscovici. Numbered from the edition of 300 in pencil in the lower left margin (from the total edition of 360, 300 examples numbered 1-300, 45 artist's proofs numbered 1-45, and 15 copies reserved for the Succession Magritte), this work is stamped with the ADAGP blindstamp in the lower left margin and the Succession Magritte blindstamp in the lower right margin. On the back of this work is an extensive block of printed text stating the title, provenance, tirage, and details of the original oil on canvas.

1. Gimferrer, Pere. Magritte. Barcelona: Ediciones Poligrafa, 1986. Original 1964 oil on canvas illustrated as no. 114.
2. A Certificate of Authenticity will accompany this work.