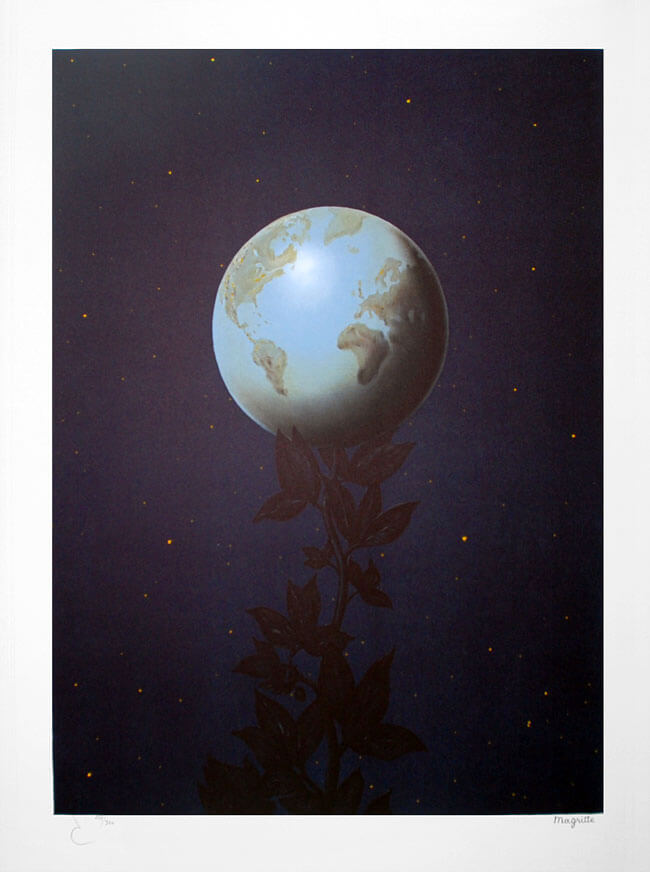 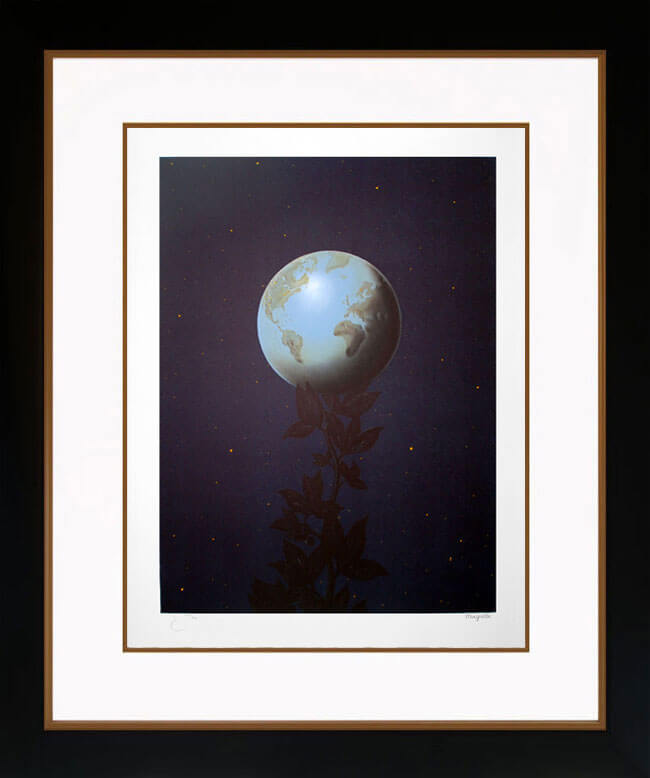 Planet Earth drifts amidst a backdrop of stars. The viewer feels as though he or she is transported to outer space, viewing Planet Earth from a vast distance. However, the darkly colored branch subtly enveloping Planet Earth adds a disconcerting element to the piece. Magritte places a living organism that is normally found on Planet Earth outside of the planet, perhaps implying that there is life beyond Earth's borders.

Created after the 1951 original oil on canvas Le grand style (Great Style) by René Magritte (1898-1967),  this color lithograph was published and printed by Philippe Moreno, Paris in 2003. This work is signed ‘Magritte’ in fascimile in graphite color in the lower right margin and signed in pencil in the lower left margin by the representative of ADAGP representing the Magritte Succession, Mr. Charly Hersovici. Numbered from the edition of 300 in pencil in the lower left margin.

Catalogue Raisonné & COA:
René Magritte Le grand style (Great Style) is fully documented and referenced in the below catalogue raisonnés and texts (copies will be enclosed as added documentation with the invoice accompanying the sale of the work).