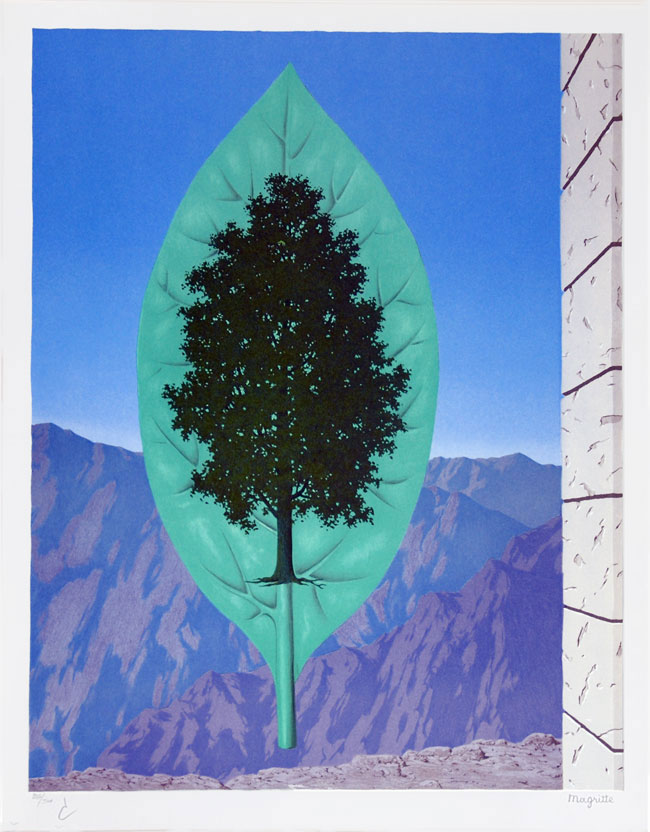 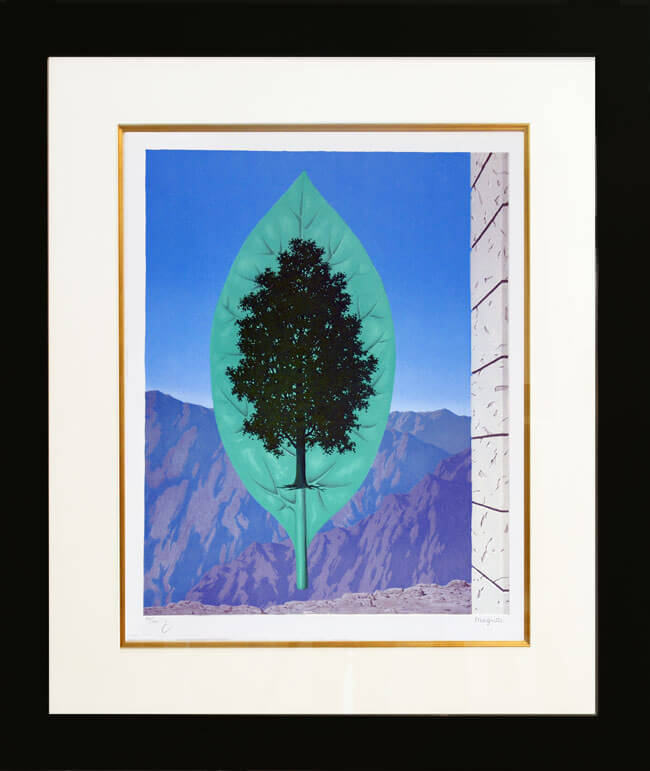 Magritte's Le dernier cri (The Last Word) was René his last painting before his death in 1967. Of this work Jacque Meuris states, "The Last Word is a highly emblematic picture, particularly in view of the place it occupies in the complete catalogue as the last finished work. Against a background of the kind of rugged mountains seen in many of the artist's best-known paintings, suspended in an aperture of which we see only the right-hand edge, is an enormously magnified leaf. In the center of the leaf is a tree (where the leaf came from?) with exposed roots. Again, these are retrospective quotations, references back to other subjects that the artist had tackled, other problems of advanced poetics that he sought to solve during his lifetime" (p. 176).

Created after the 1967 original oil on canvas Le dernier cri (The Last Word) by René Magritte (1898-1967), this color lithograph was published and printed by Philippe Moreno, Paris in 2003. This work is signed ‘Magritte’ in fascimile in graphite color in the lower right margin, and signed in pencil in the lower left margin by the representative of ADAGP representing the Magritte Succession, Mr. Charly Hersovici. Numbered from the edition of 300 in pencil in the lower left margin.

1. Meuris, Jacques. Magritte. London: Greenwich Editions, 1988. Original 1967 oil on canvas illustrated on pg. 177 and discussed on pg. 176.
2. A Certificate of Authenticity will accompany this work.