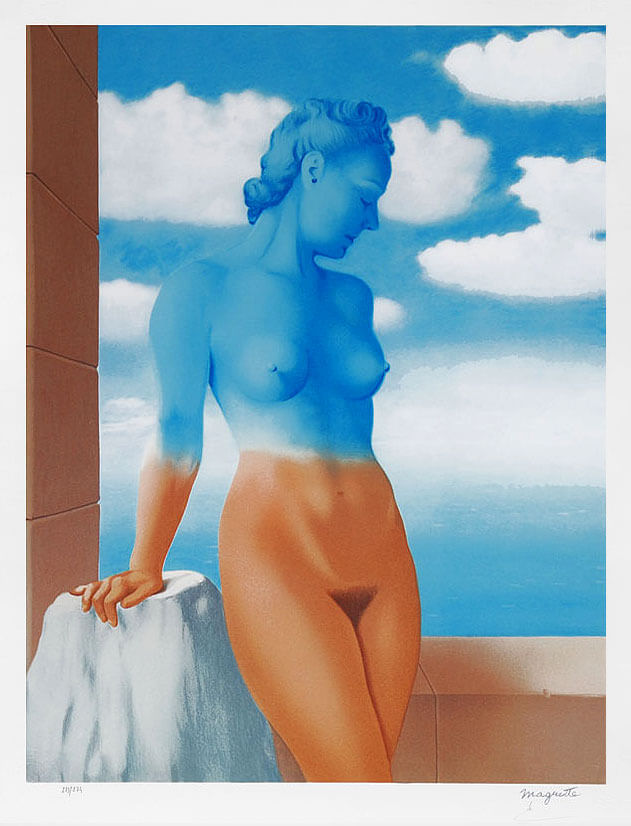 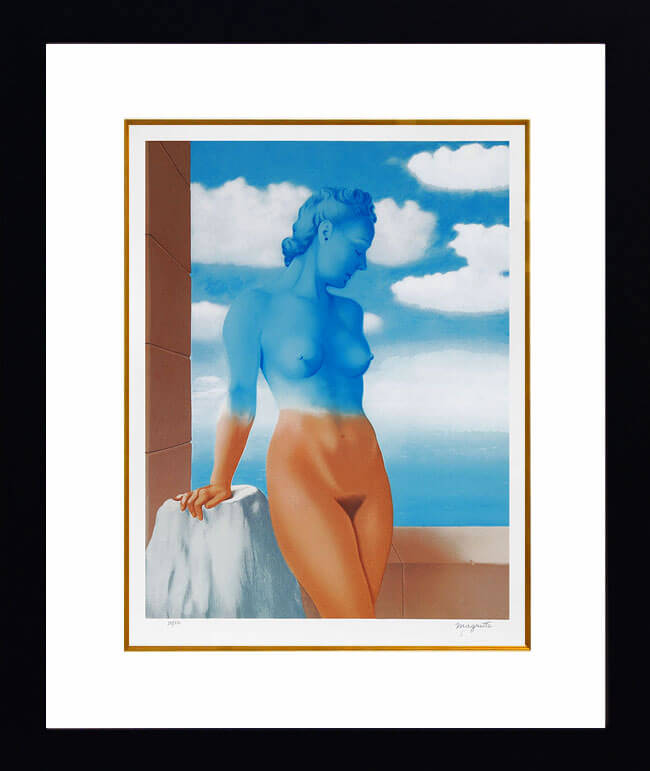 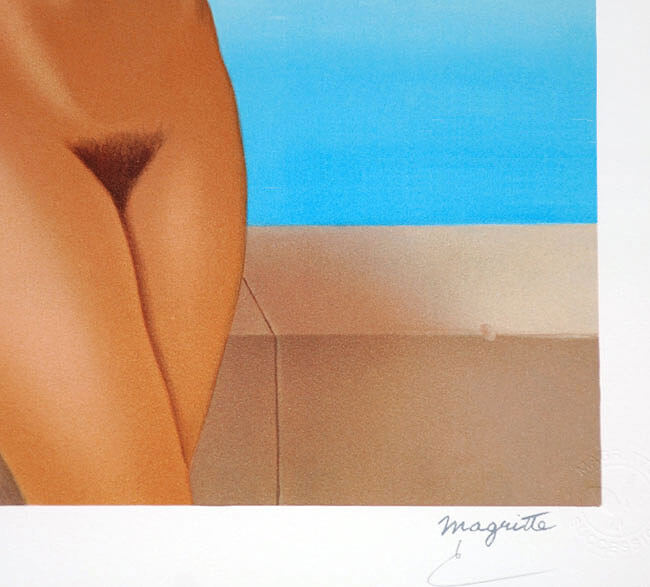 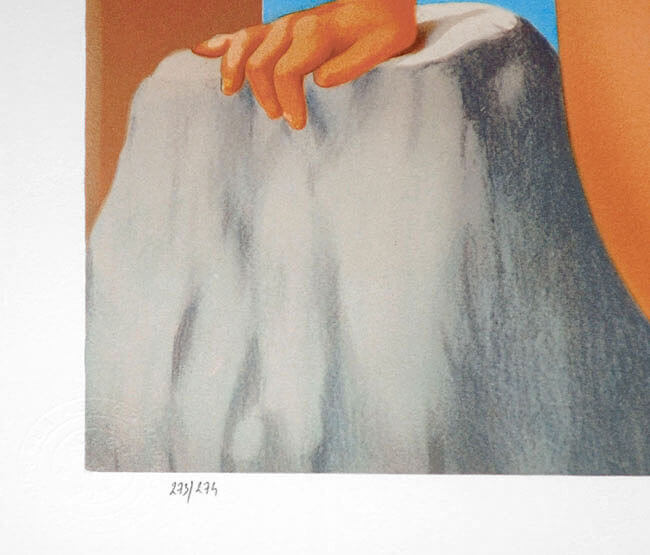 Black Magic is a captivating work in which a woman stands against a block of stone. The woman is no ordinary woman however as she is Magritte's model, muse, and wife, Georgette Berger. In this work, Georgette's upper body appears to be celestial, while her lower body remains earthly.

One interpretation of her split form is that as humans we often have our heads elsewhere while our bodies remain firmly rooted in reality. With her hand resting upon the stone, "one idea is that the stone is associated with an attachment to the earth" (Meuris, p. 76 1994). Perhaps the connectivity her body feels to the stone is what keeps her grounded, but with the gorgeous sprawling blue skyline against the calm sea in the background, her body must want to enjoy its perceived surroundings. This can be seen in the tilt of her body away from the stone, with her head looking out onto the side, as if there's a longing to be far from reality.

Created after the original 1935 oil painting La magie noir (Black Magic), this original color lithograph is facsimile signed 'Magritte' in graphite color at the lower right; the work bears the blindstamp of the ADAGP in the lower left corner and the blindstamp of the Magritte Succession in the lower right. Numbered 273/275, aside from 45 artist's proofs numbered 1-45 and labeled 'EA', this print is also initialed by Charley Herscovici, President of the Fondation Magritte and ADAGP. This limited edition was published by Philippe Moreno, Paris, and the piece bears a block of printed text on the verso describing this edition.

Catalogue Raisonné & COA:
This original color lithograph is fully documented and referenced in the below catalogue raisonnés and texts (copies will be enclosed as added documentation with the invoices that will accompany the final sale of the work).

2. Meuris, Jacques. Magritte. London: Greenwich Editions, 1988. A variation of the work is illustrated on pg. 77 and discussed on pg. 76.