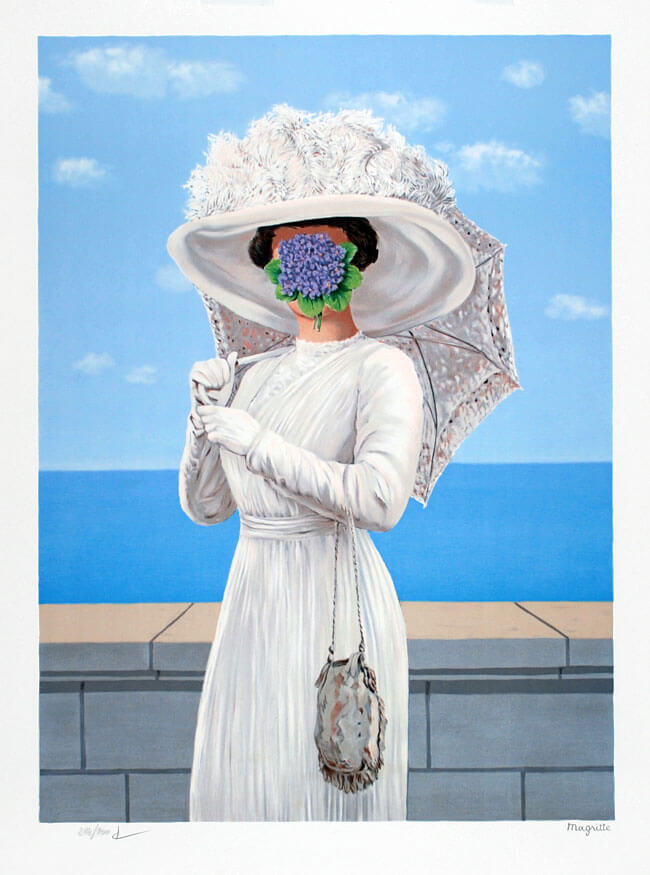 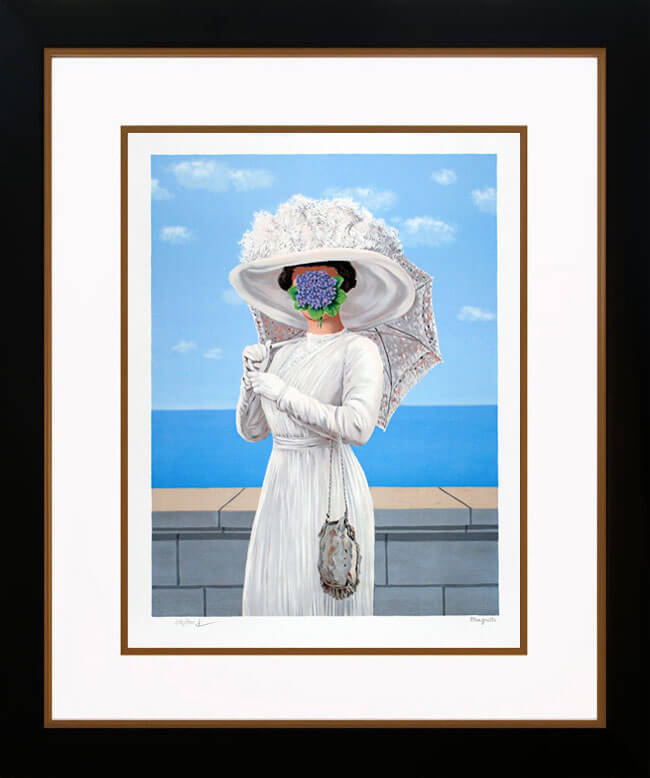 A well-to-do woman clad in extravagant white clothing stands in front of a brick wall against an ocean background. Utilizing a device often found in his work, Magritte places a smaller object in front of a large one, masking part of the object in the background. In this work, Magritte places a cluster of purple flowers over the woman's face, hiding her identity from the viewer. The viewer wonders if the woman's expensive attire is perhaps more indicative of her identity than her face itself.

Created after the 1964 original oil on canvas La grande guerre (The Great War) by René Magritte (1898-1967), this color lithograph was published and printed by Philippe Moreno, Paris in 2003. This work is signed ‘Magritte’ in fascimile in graphite color in the lower right margin, and signed in pencil in the lower left margin by the representative of ADAGP representing the Magritte Succession, Mr. Charly Hersovici. Numbered from the edition of 300 in pencil in the lower left margin.

Catalogue Raisonné & COA:
René Magritte The Great War (La grande guerre), 1964, Series 1 is fully documented and referenced in the below catalogue raisonnés and texts (copies will be enclosed as added documentation with the invoice accompanying the sale of the work).