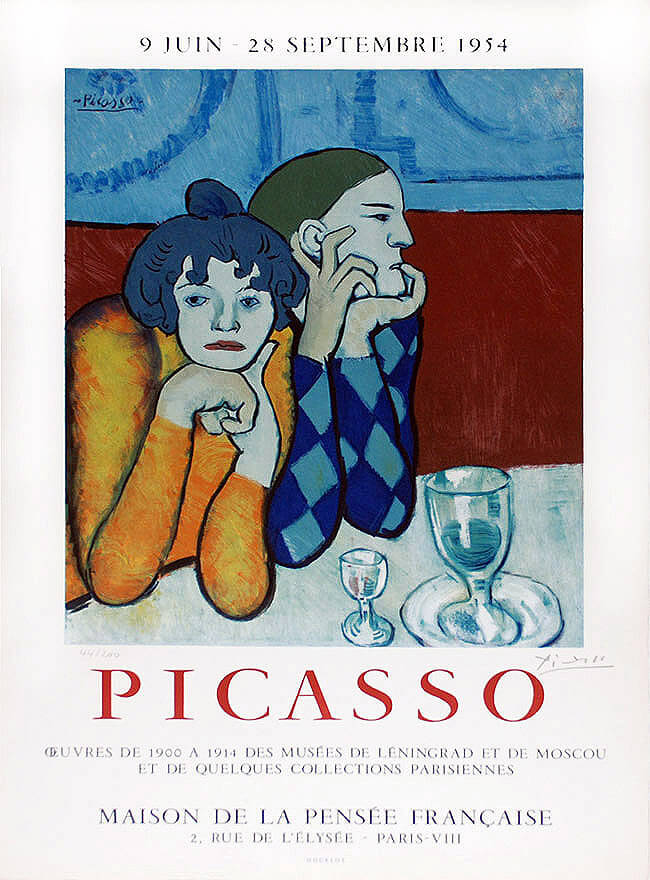 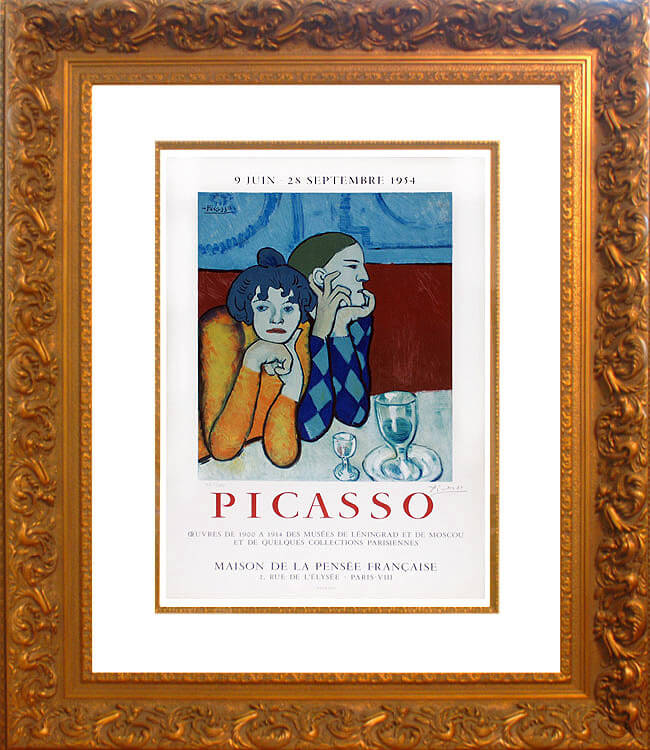 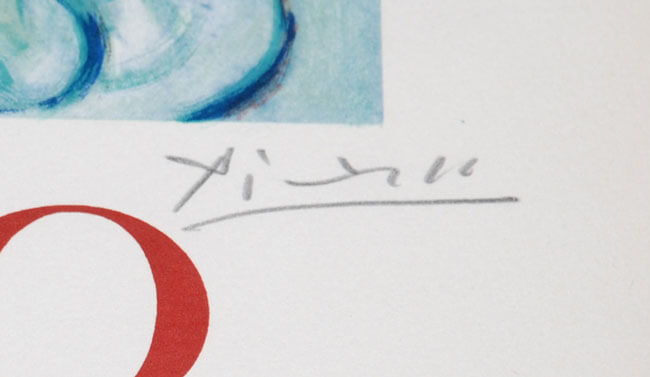 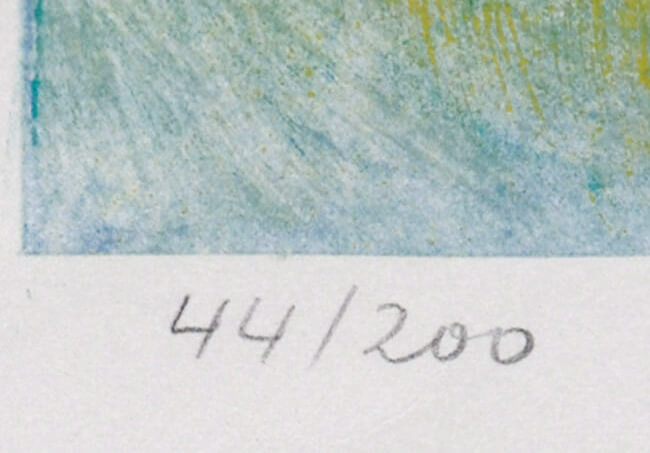 Evoking the early 20th century Parisian café culture among artists and philosophers alike, this lithograph is based on an oil painting by Picasso created in 1901. This poster announces exhibitions of Picasso's work in the Pushkin and Hermitage Museums in Russia (Rodrigo, p. 1,478). These colorful characters are indicative of the artist's earlier style just before his iconic Blue Period pieces. This was perhaps one of the earliest examples of Picasso's many Harlequin renditions, featuring him with sa compagne (his companion) at a table in what appears to be a café or bistro in Paris. They are huddled close together, and their expressions evoke a strong sense of closeness and contemplation. Both rendered quite colorful, subtle details in their appearance suggest that they are perhaps artists themselves, seeking solace only in each other at the comfort of their booth. Picasso drew much from the artist culture of Paris as he traveled there a few times during this early period when he created the original for Les Deux Saltimbanques to visit some old friends. It was one of the first times he was to be out of Spain, and thus became forever inspired by French culture for the rest of his life. Three horizontal color blocks of blue, burgundy, and white create a seemingly proportionate and balanced composition with our two characters vertically anchoring the left, and the drinks on the table creating added charm to the overall scene.

Created in 1954, this work is hand-signed by Pablo Picasso (1881-1973) in pencil in the bottom right margin. This work is numbered from the edition of 200 in pencil in the lower left margin and printed on Arches block watermarked paper by Mourlot, Paris.