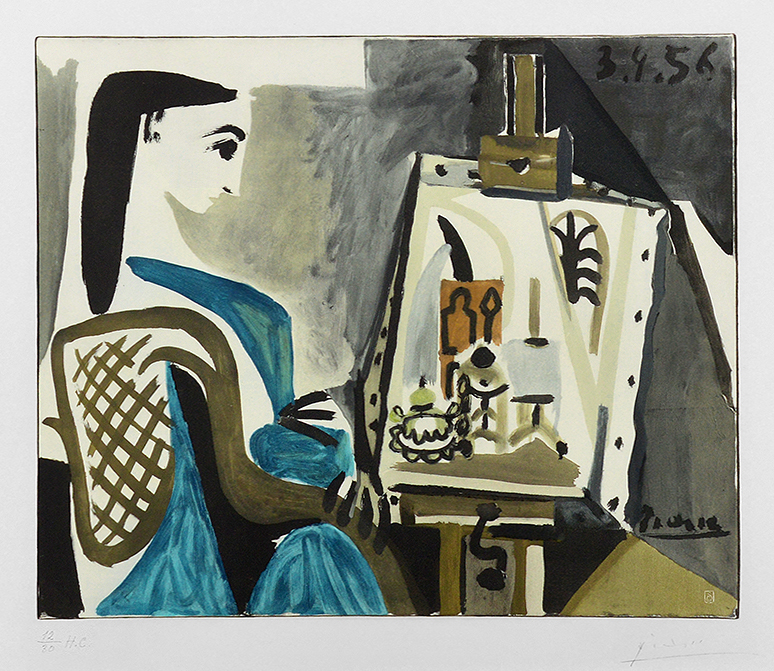 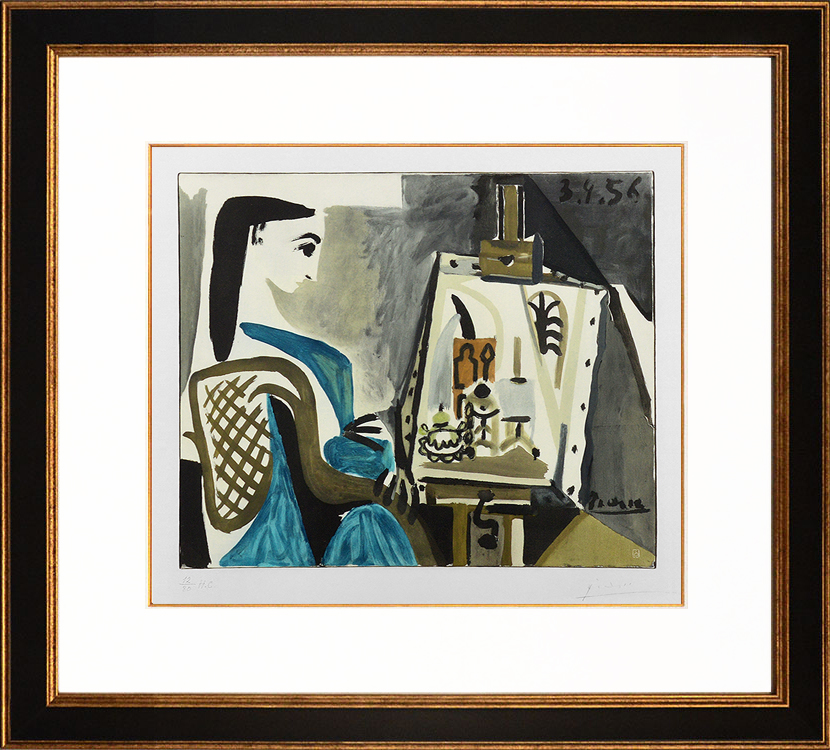 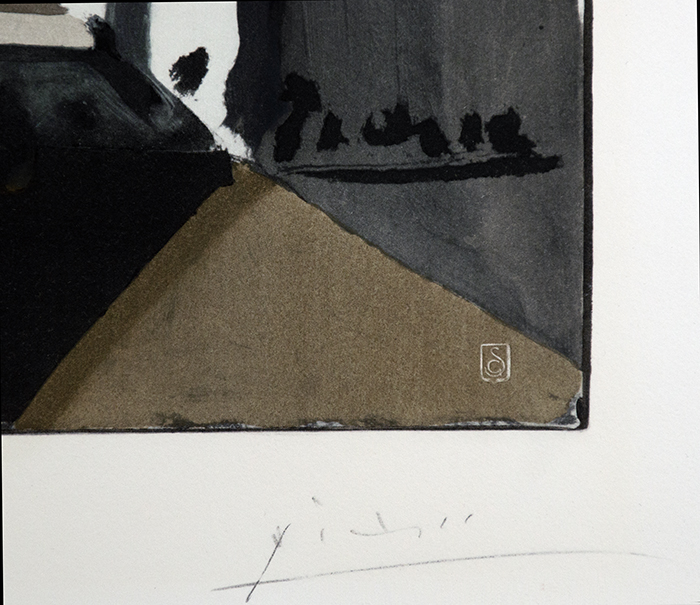 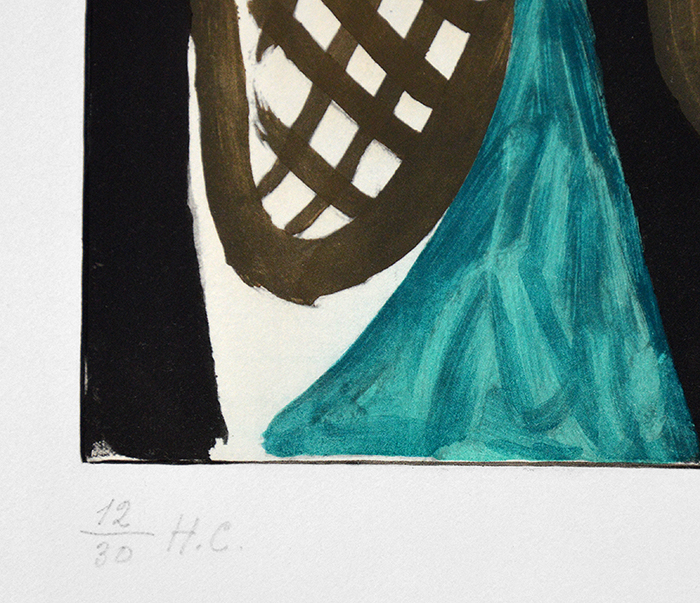 Picasso creates a thoughtful image Jacqueline at work on a still life painting.  The dominance of blue tones gives a calm restive quality which compliments the fluid imagery.

Depicted in sharp profile, Jacqueline looks thoughtfully at her current composition comprised of alternating square and circular forms.  Picasso carefully depicts the figure’s large inky black eyes, long black hair and delicate shoulders.  The cane chair and raw canvas, lends a sense of domestic comfort to the image, drawn from the artist’s every day experience.  Of Jacqueline’s influence on Picasso’s work Rodrigo has stated, “the serene and earnest aura emanating from Jacqueline will not only be reflected in his purely classical representations, but will also be reflected in the general features of all his female figures; in the midst of the confrontation of planes and the distortion of forms, Jacqueline’s spirit blooms” (Rodrigo, 1,679).

One of the most revolutionary artists of the twentieth century Picasso was a contemporary to Villon, Moore, Masson, Leger, Archipenko, Braque and Chagall.

Created in 1956, Pablo Picasso Jacqueline is n Original Color Lithograph with Pochoir. This work is hand-signed by Pablo Picasso (Malaga, 1881 - Mougins, 1973) in the lower right margin. Numbered 12/30 HC in pencil in the lower left corner.

Catalogue Raisonné & COA:
It is fully documented and referenced in the below catalogue raisonnés and texts (copies will be enclosed as added documentation with the invoices that will accompany the final sale of the work).

About the Framing:
Framed to museum-grade, conservation standards,Pablo Picasso Jacqueline à l'Atelier (Jacqueline at the Easel), 1956 is presented in a complementary moulding and finished with silk-wrapped mats and optical grade Plexiglas.