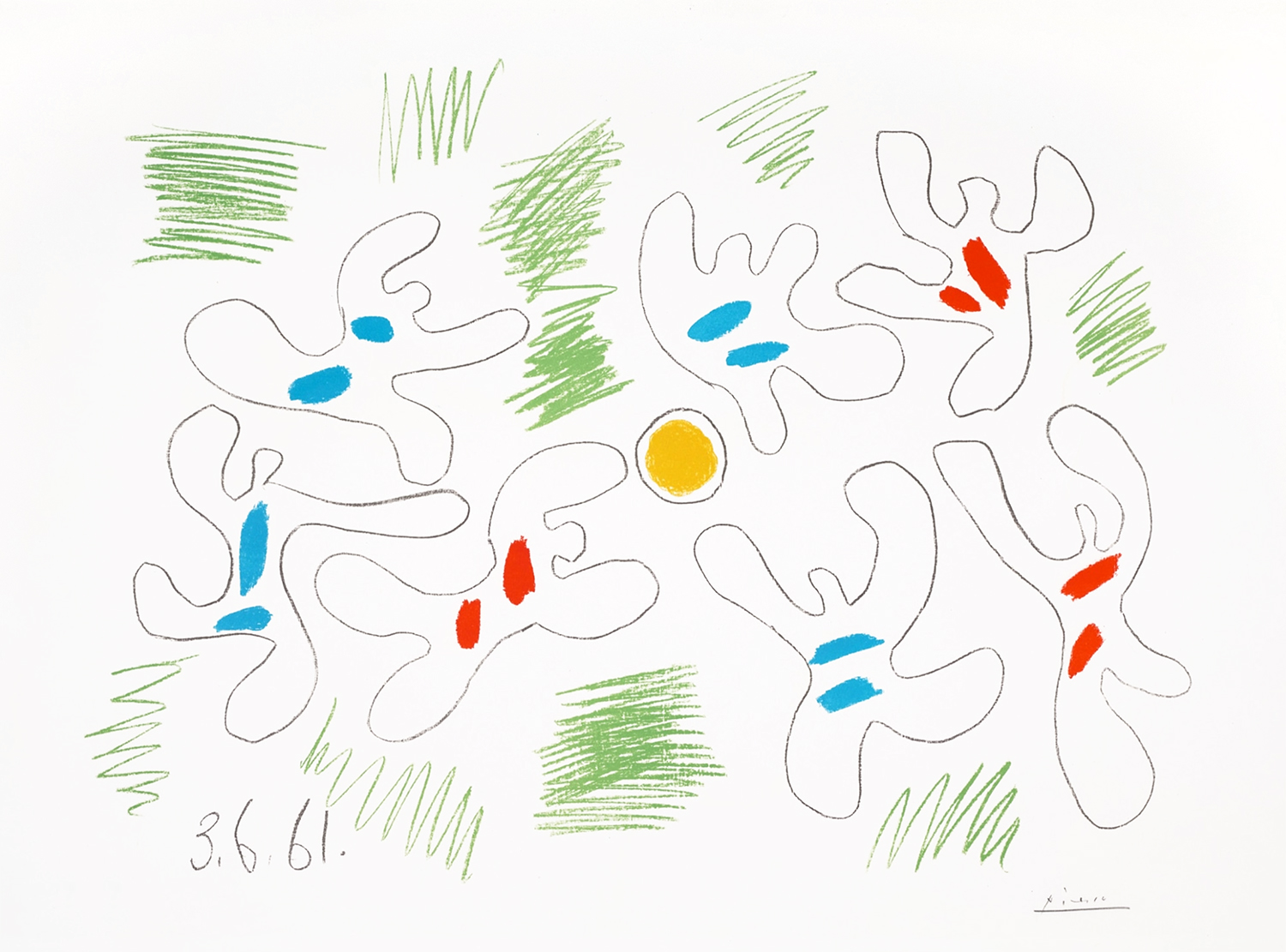 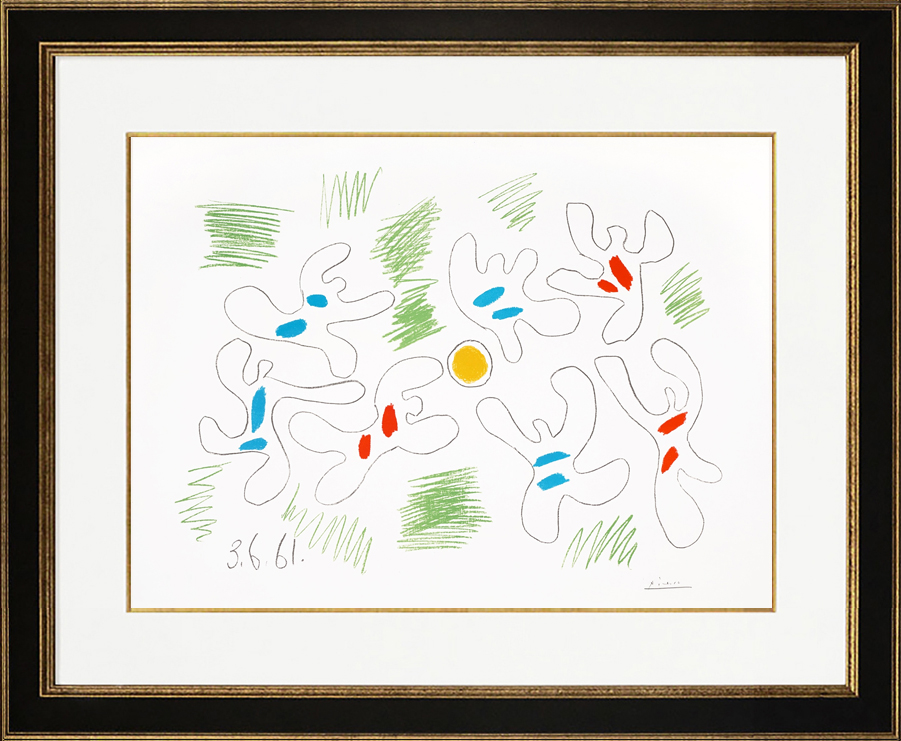 Players fly around the field in the dynamic and fun Pablo Picasso Football, 1961. A bright yellow ball stands at the center of the composition and players with red and blue jerseys rush to kick it. The bodies are full of movement, with arms raised above their heads and legs kicked up as they hurry to help their team. Patches of green represent the grass field on which they play and bring another colorful element to the composition. The players are represented by silhouettes and lack any defining features aside from the colors of their jerseys. This puts more emphasis on the competitive aspect of the soccer match.

The relative simplicity of the composition and the figures contrasted with the action-packed scene shows Picasso’s talent at portraying feelings through more simplistic work – something that brings his prints back into the realm of childhood joy and delight.

Catalogue Raisonné & COA:
Pablo Picasso Football, 1961 is fully documented and referenced in the below catalogue raisonnés and texts (copies will be enclosed as added documentation with the invoices that will accompany the sale of the work).

About the Framing:
Framed to museum-grade, conservation standards, Pablo Picasso Football, 1961 is presented in a complementary moulding and finished with silk-wrapped mats and optical grade Plexiglas.