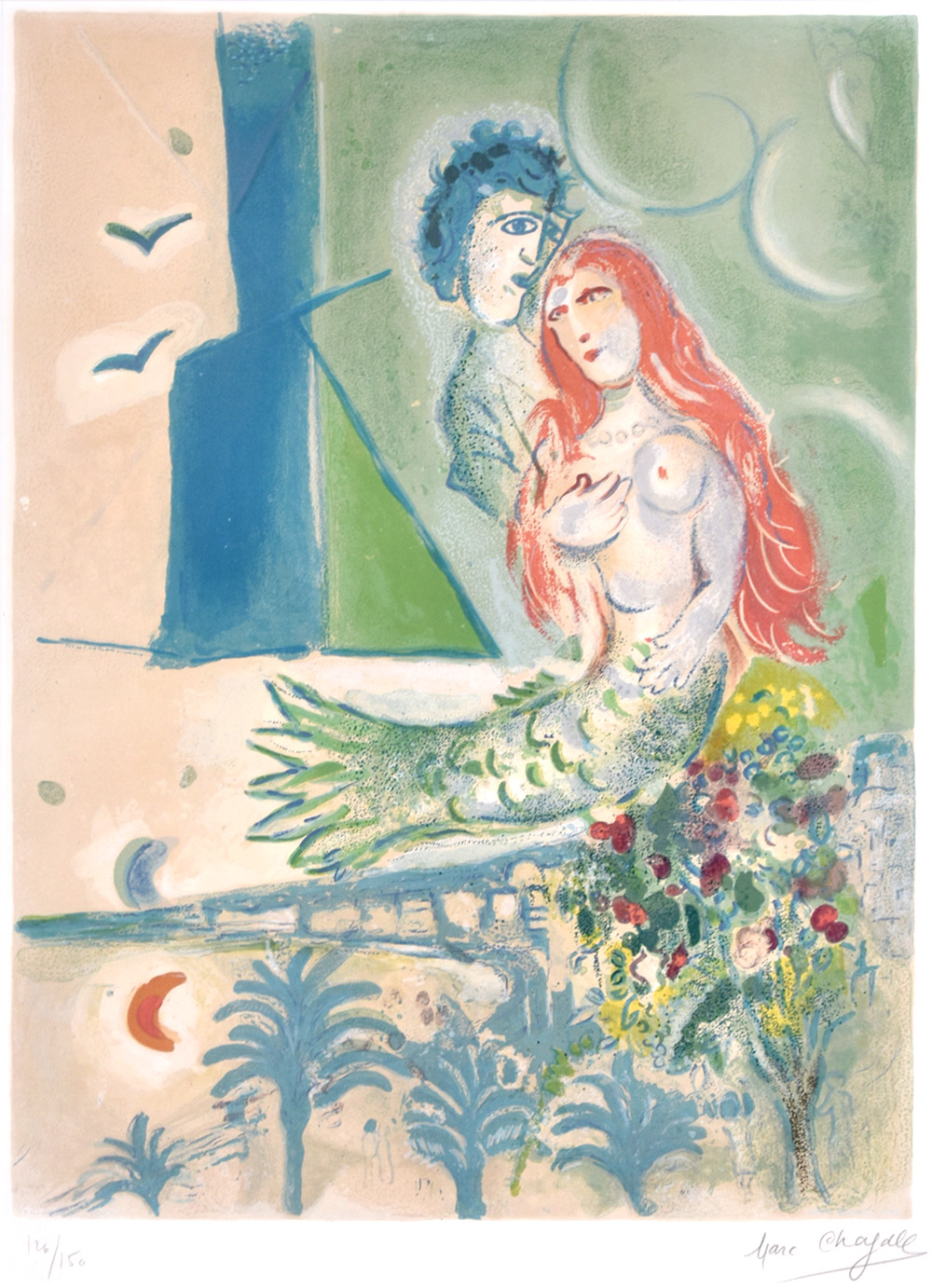 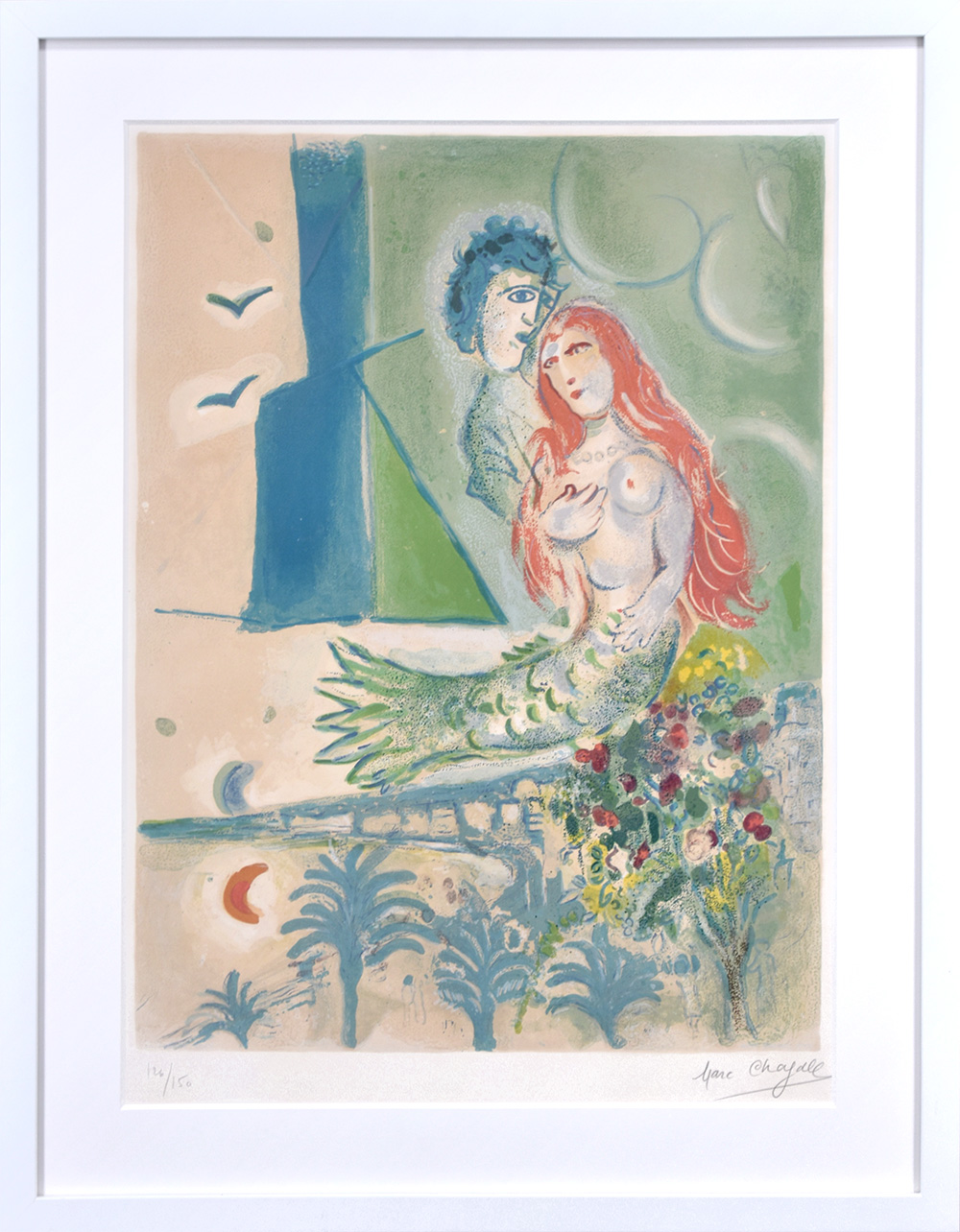 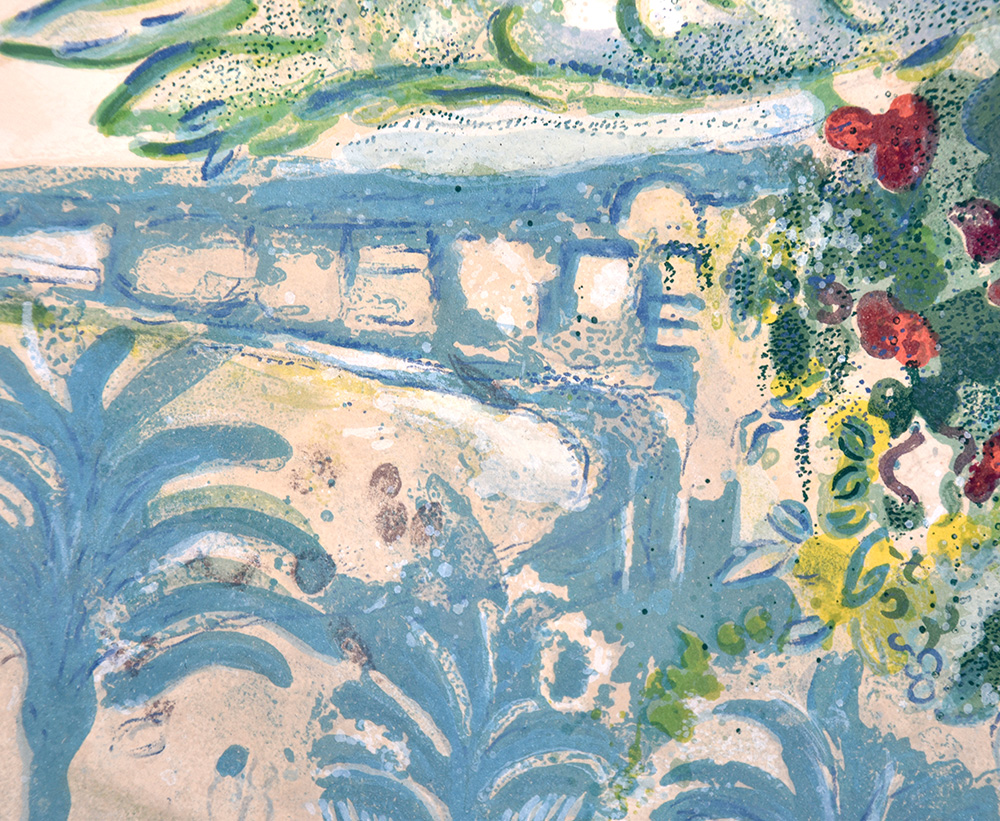 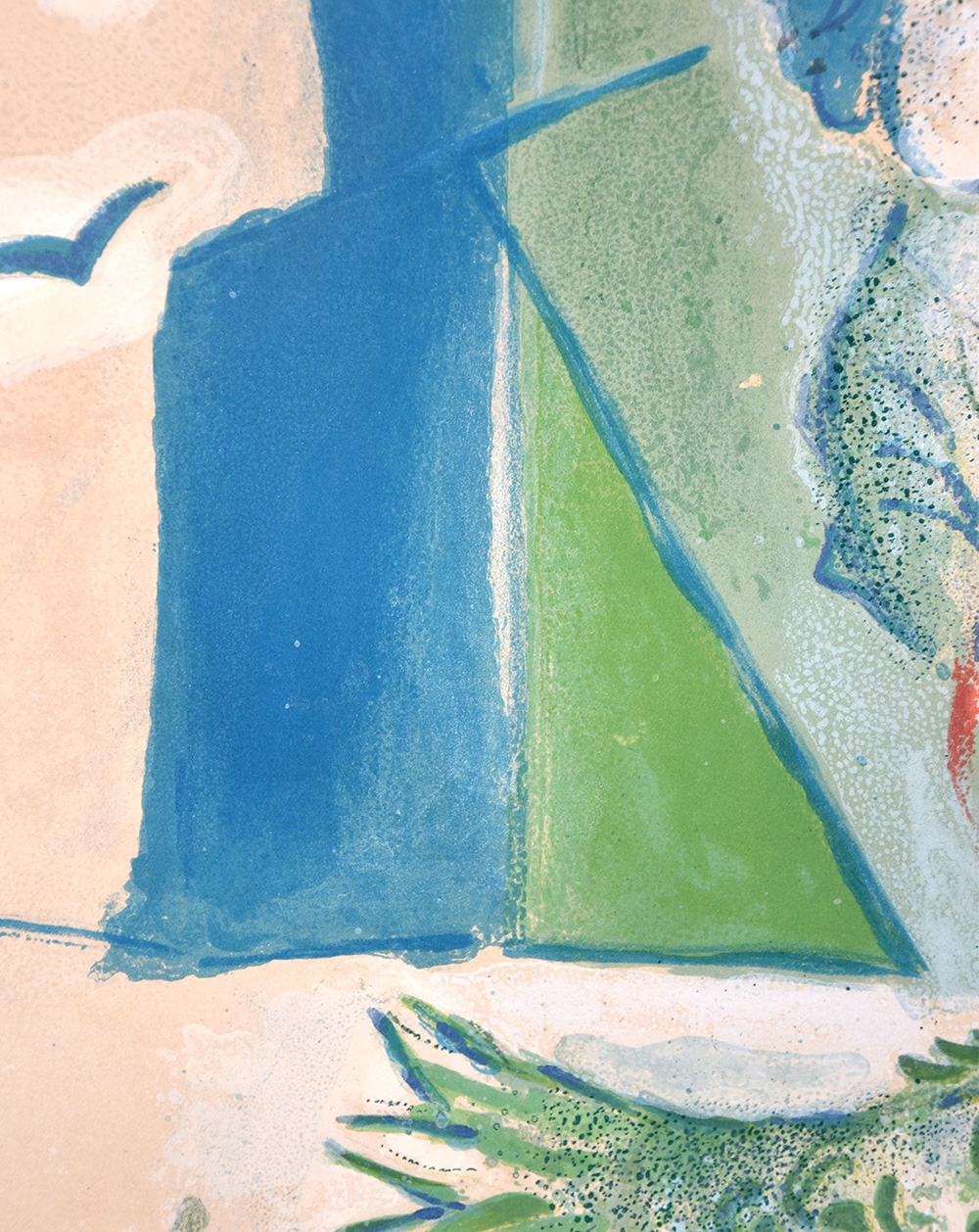 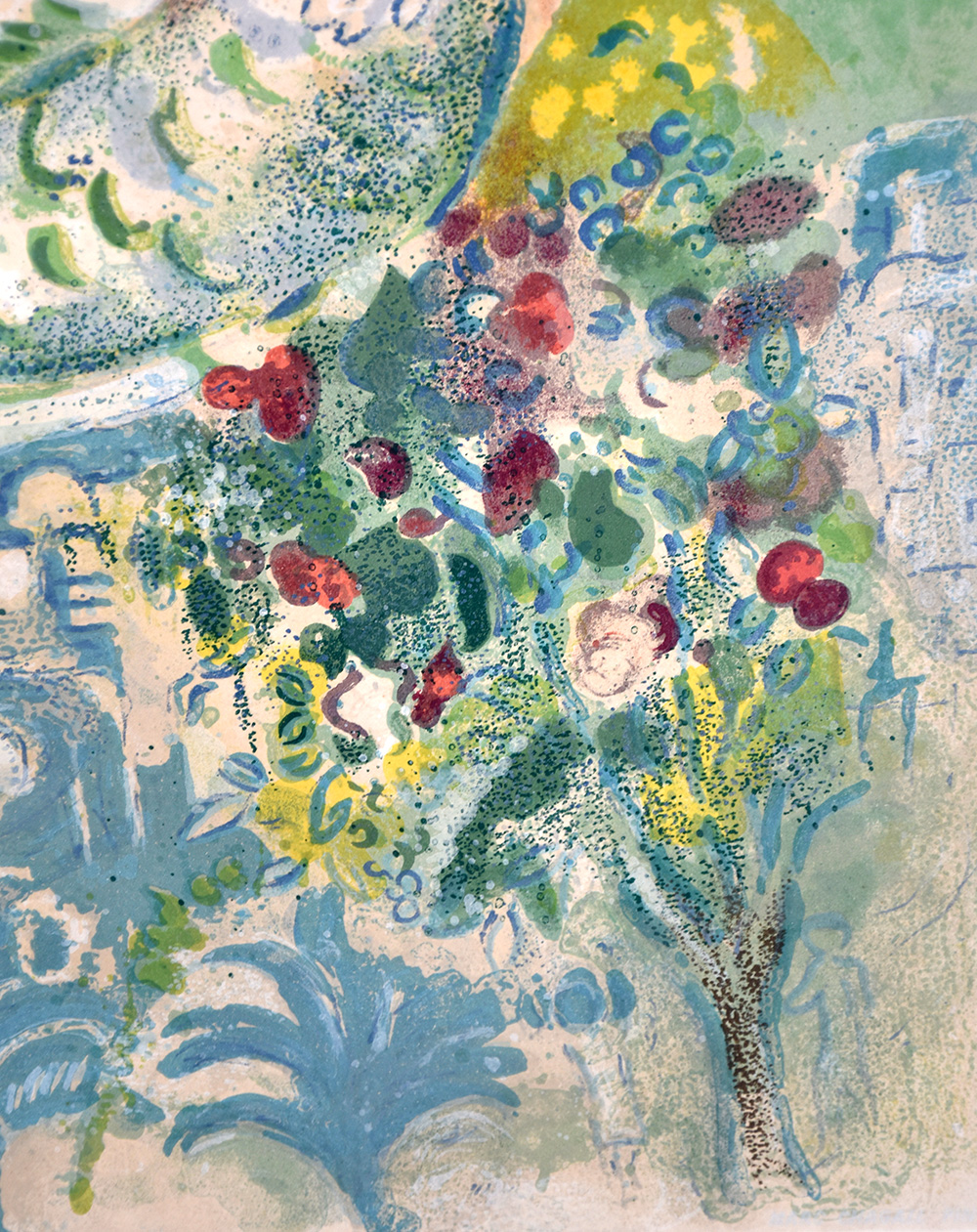 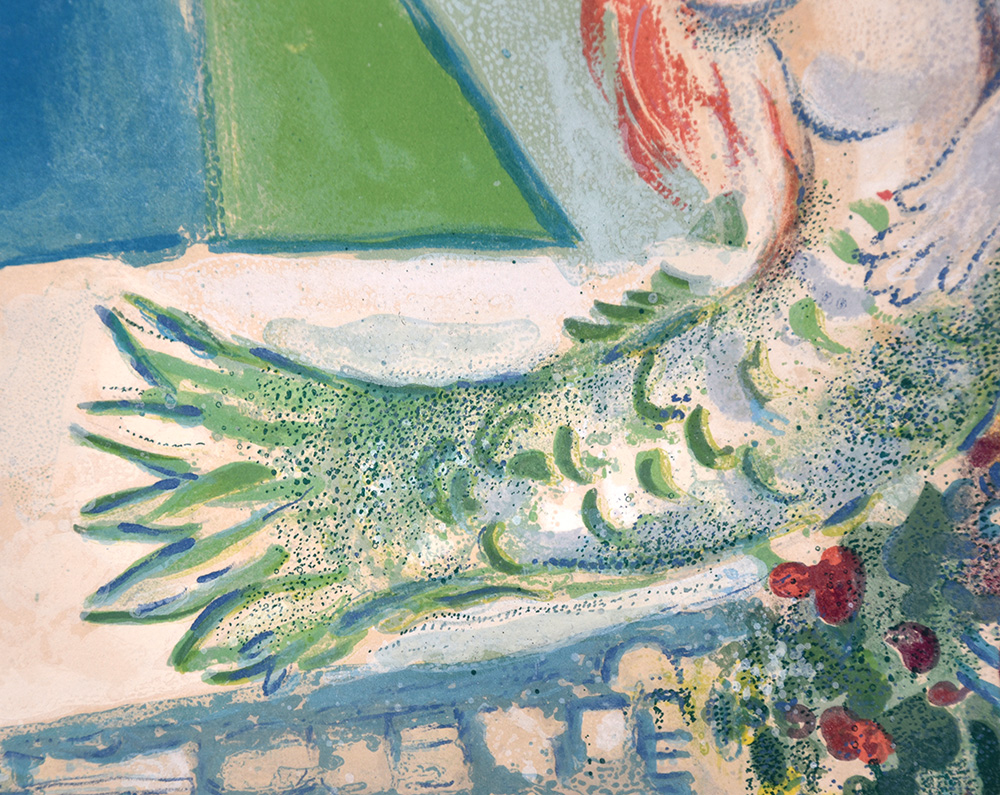 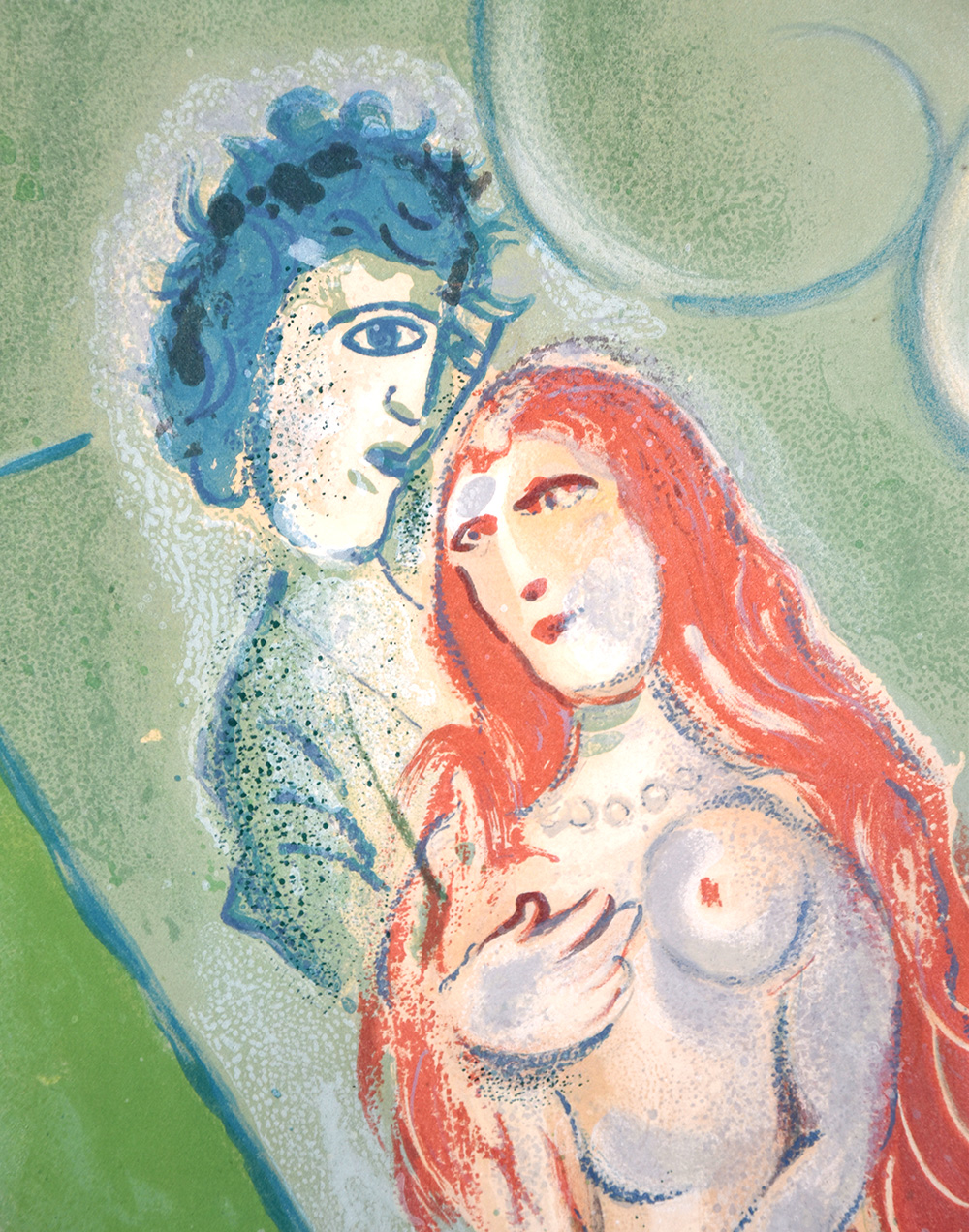 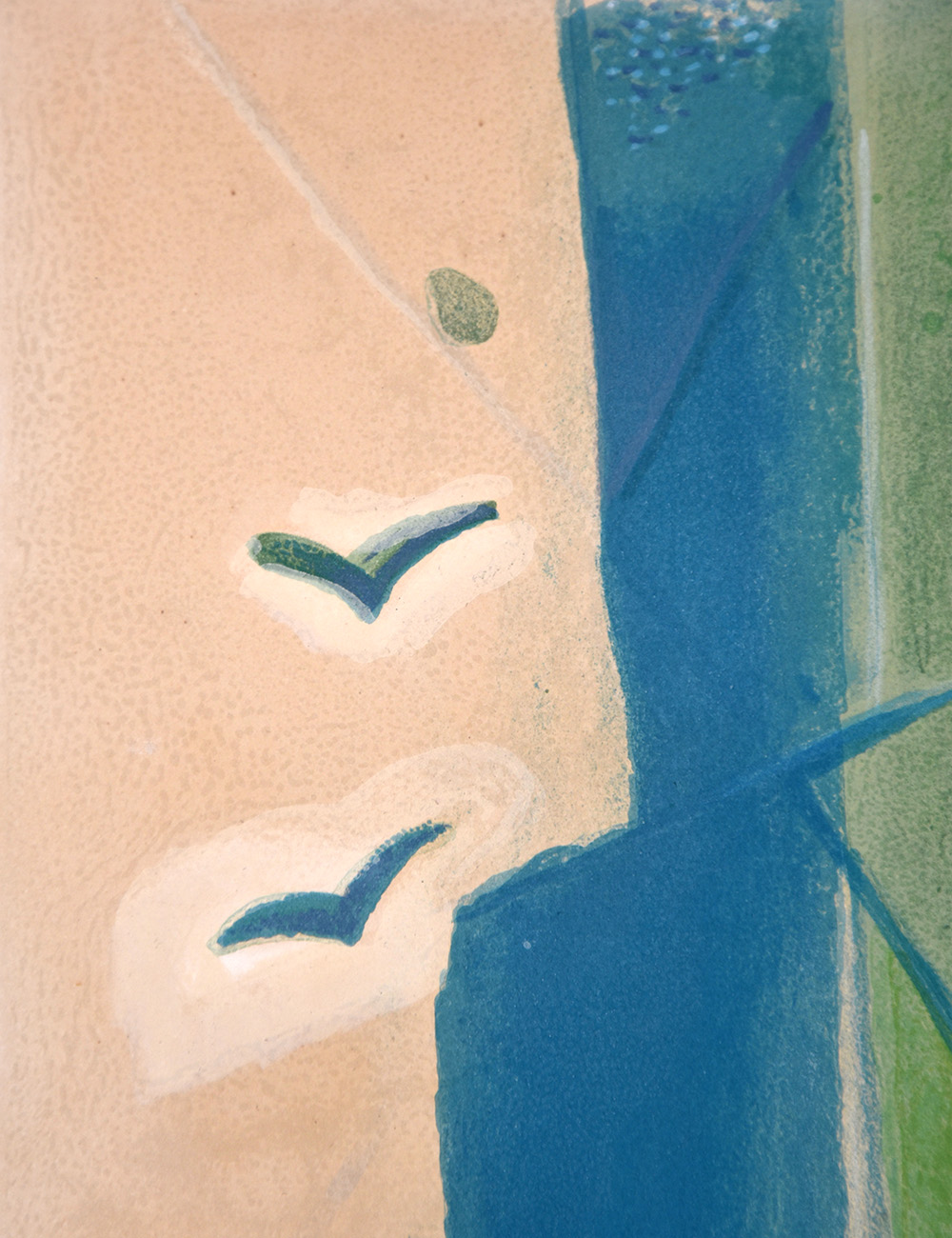 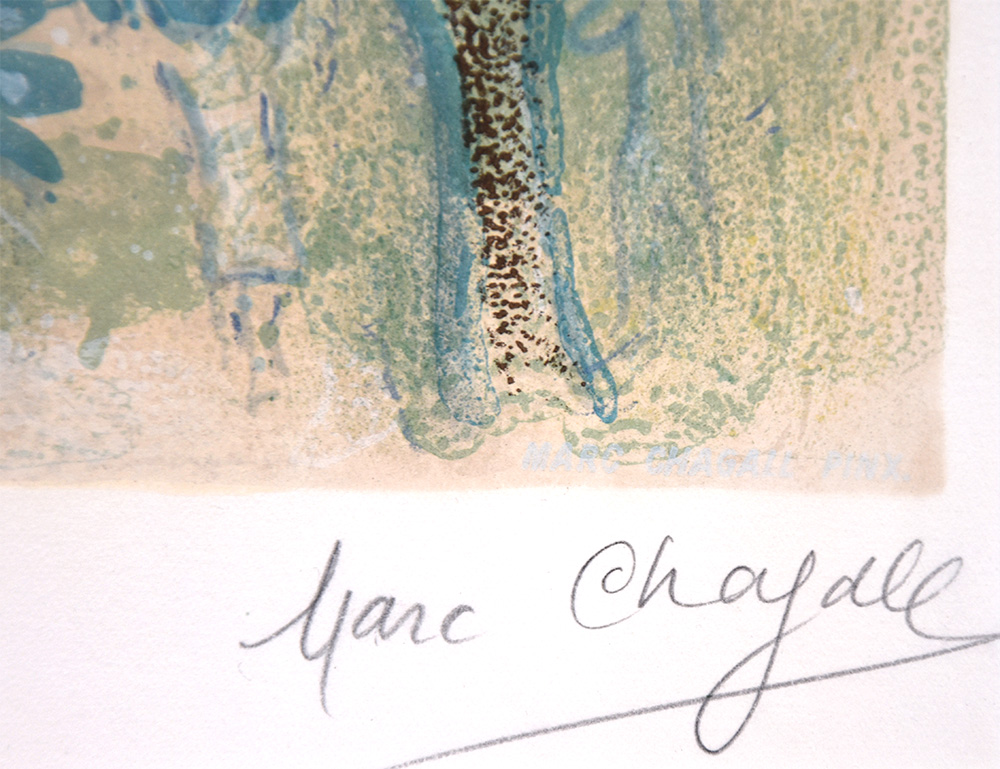 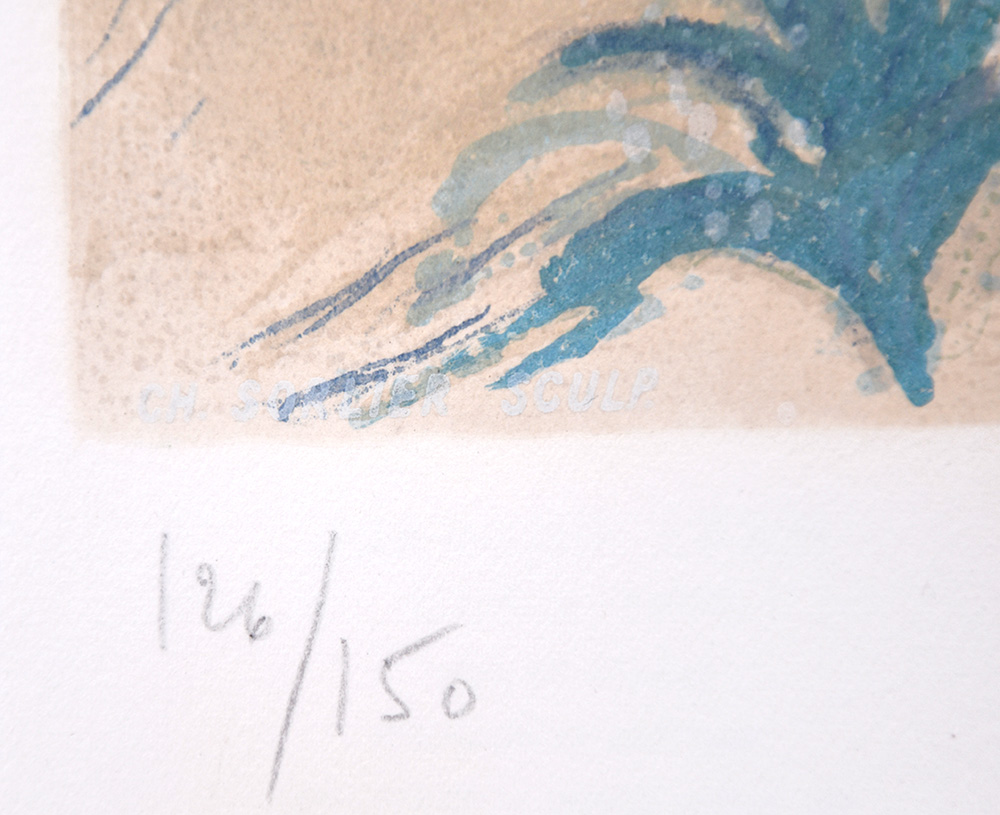 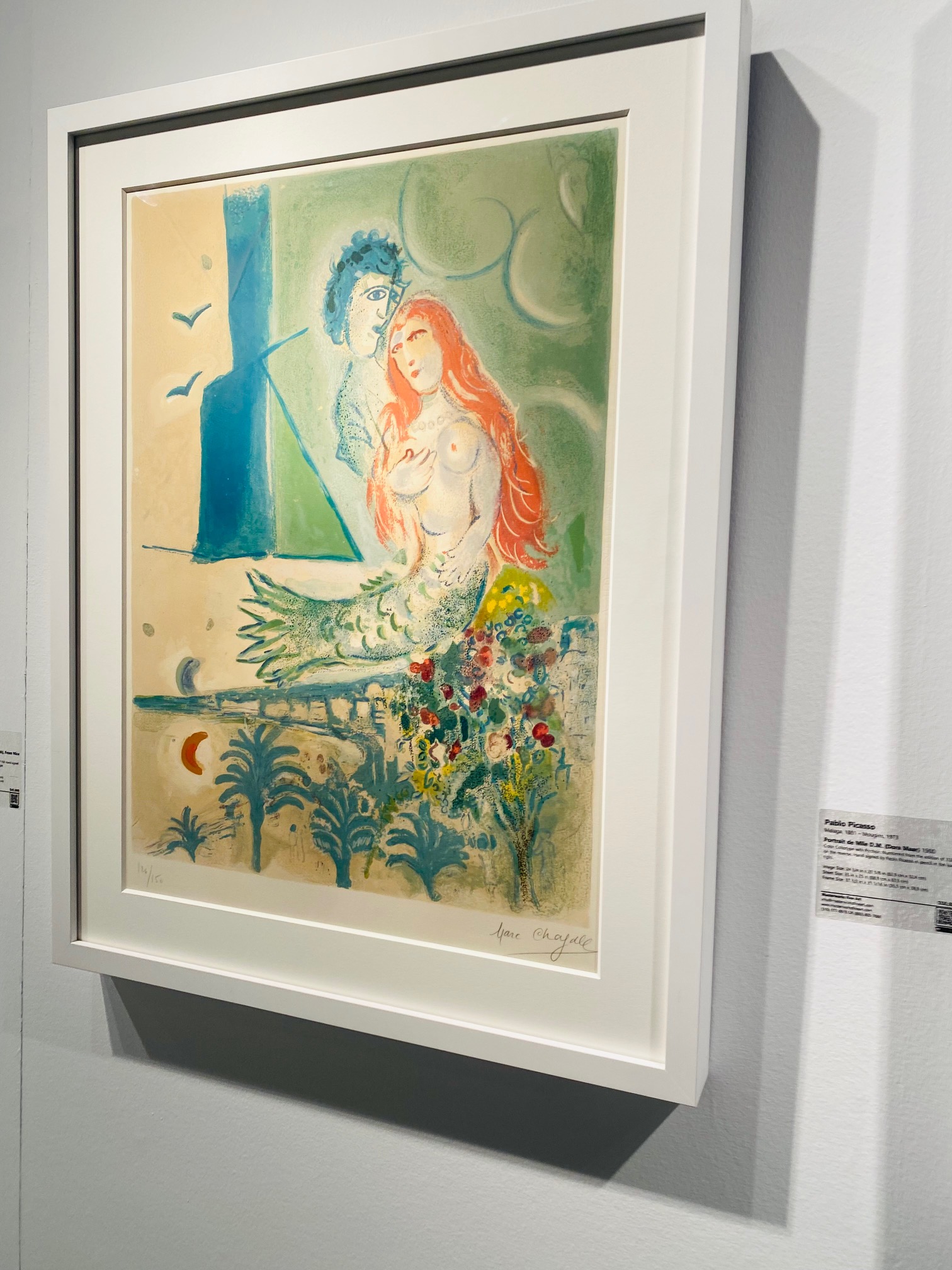 Nice Captivated Many Artists, Matisse and Chagall; The work of these two artists is still going on in their city. Marc Chagall  Mermaid to the Poet (Siren with Poet), 1967 from Nice & the French Riviera is a quintessential work by Chagall. The composition centers around the hanging poet and siren, who hold each other so that their forms merge into one. Royal blue palm trees and flowers bloom in the dusk beneath them, and the ocean reflects a crimson moon back to its counterpart in the sky. Combining figurative elements with a bisected, geometric green and blue sunset The twinned peers of birds, couples and moons multiply this sense of oneness, where each element finds its mirror.

Catalogue Raisonné & COA:
Marc Chagall Siren with Poet from  Nice and the Côte d'Azur, 1967  is well documented and referenced in the following catalogue of arguments and texts to accompany the final sale of the work.

About the Framing:
Marc Chagall Siren with Poet from  Nice and the French Riviera, 1967 is framed to the museum-grade, conservation standards, presented in a complementary molding and finished with linen-wrapped mats and optical grade Plexiglass .