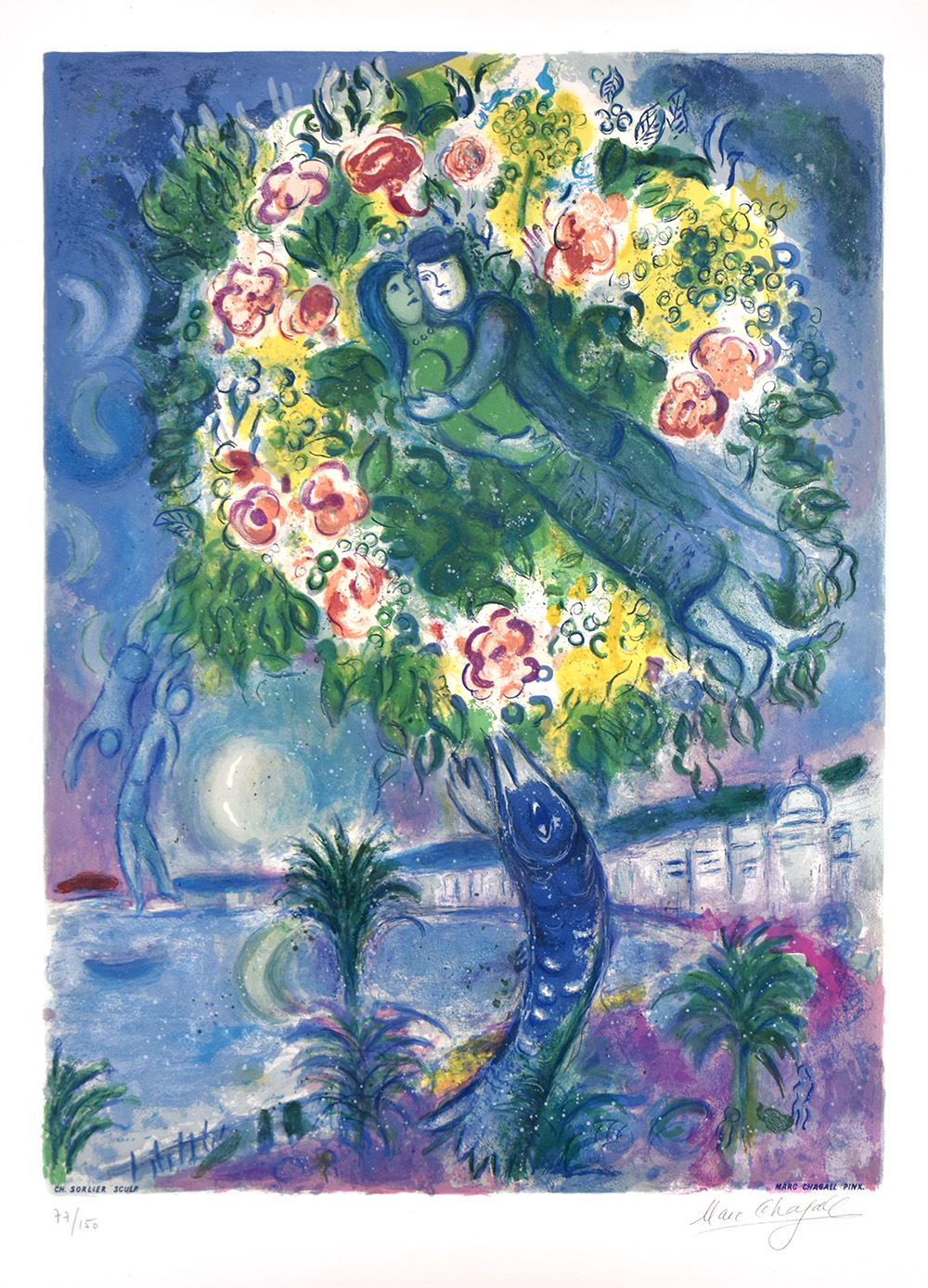 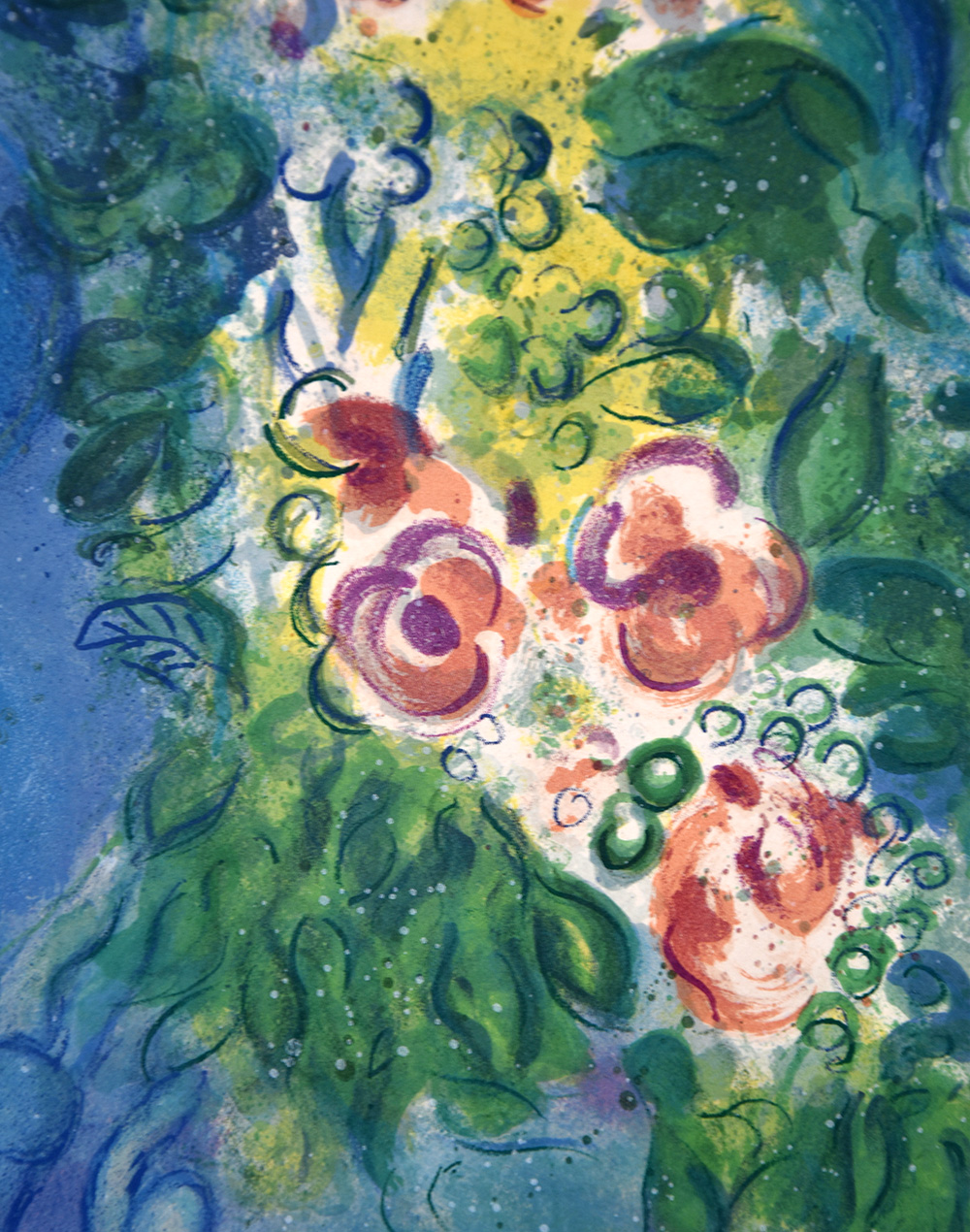 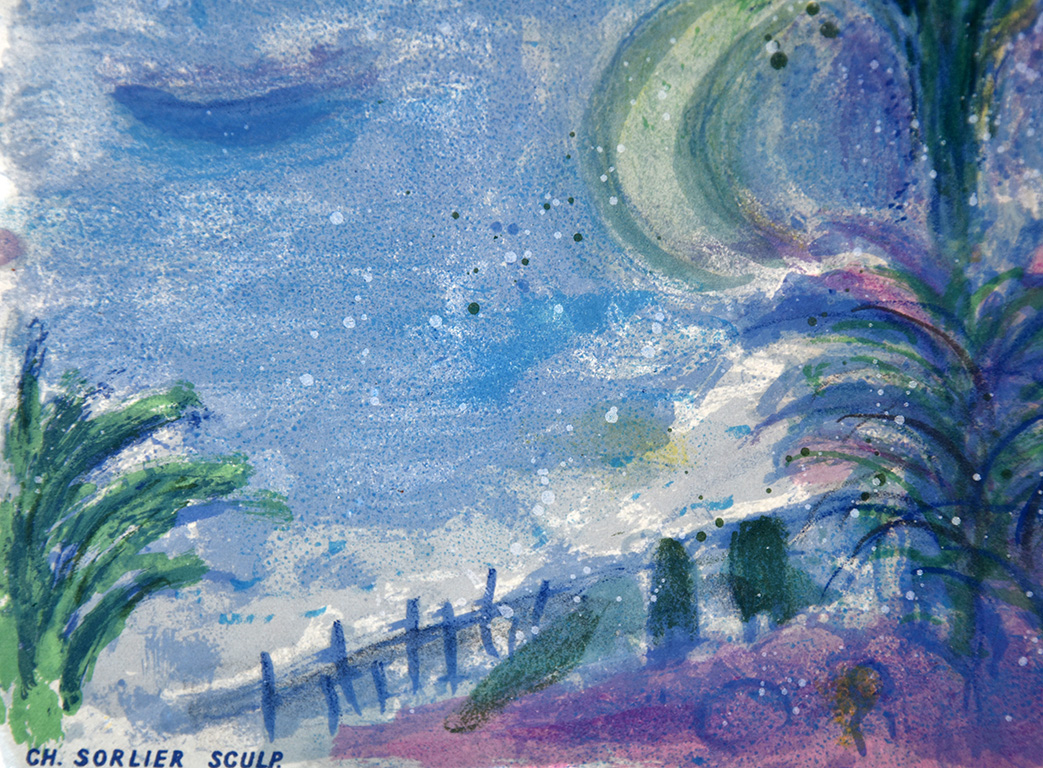 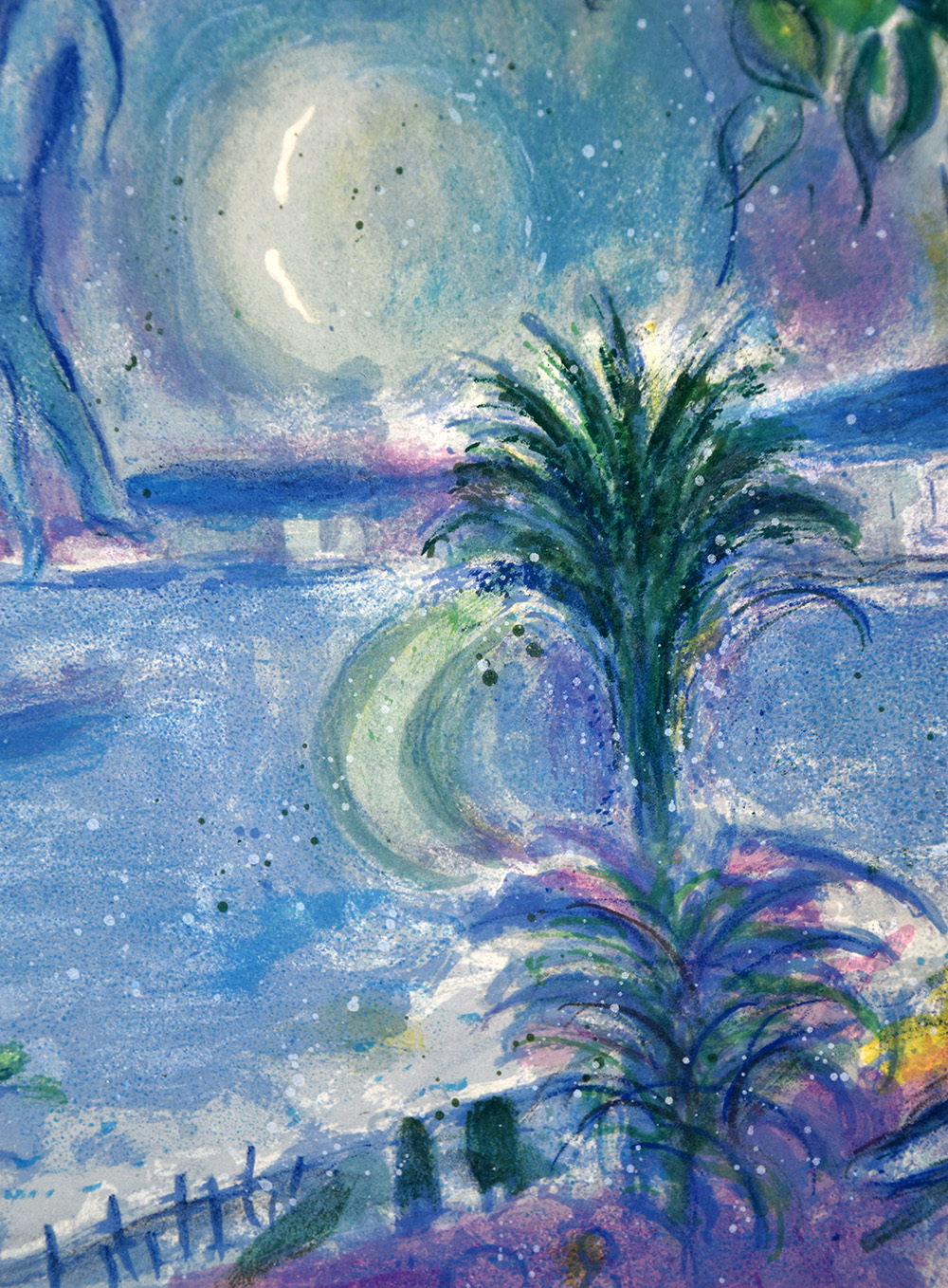 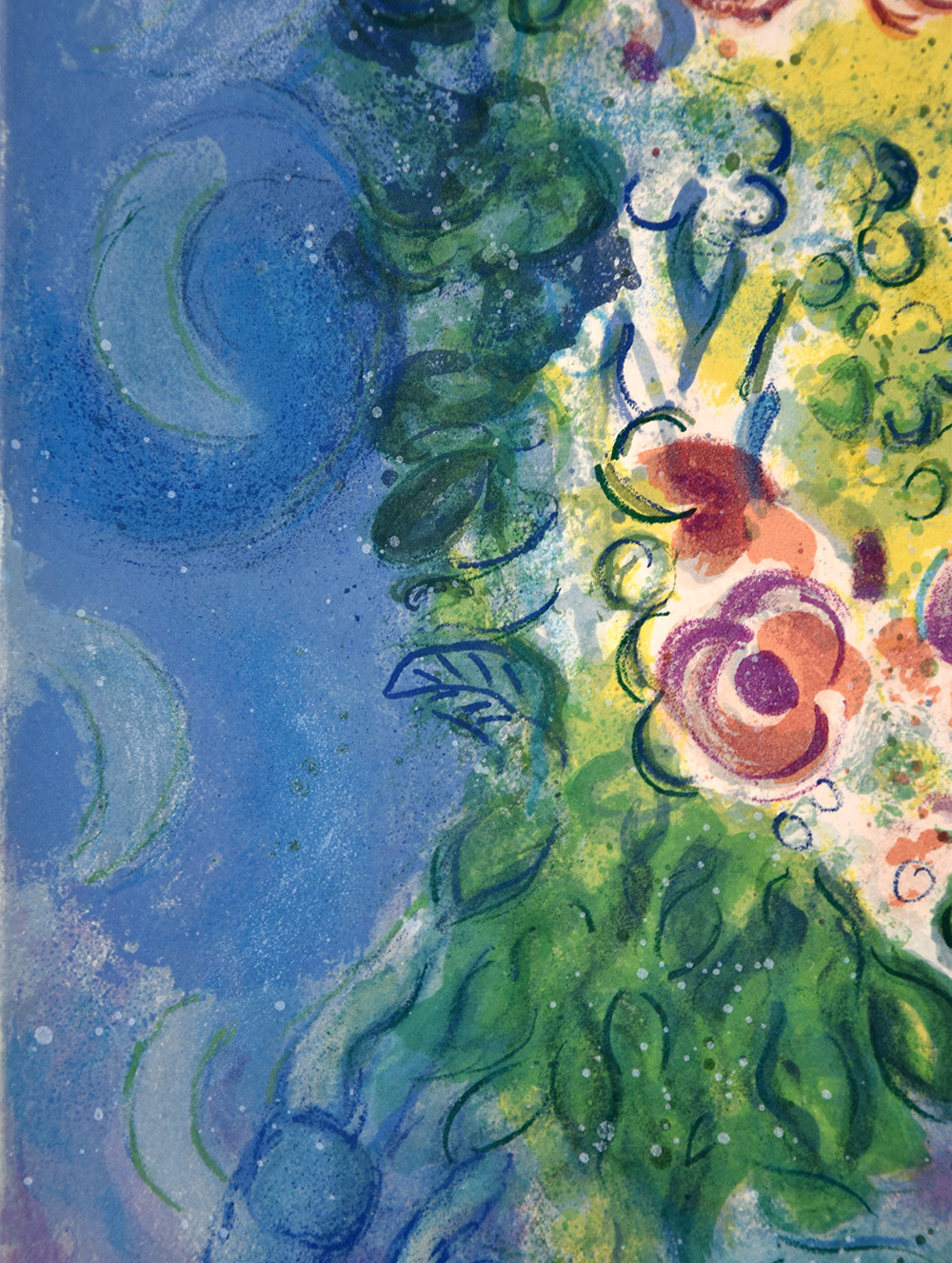 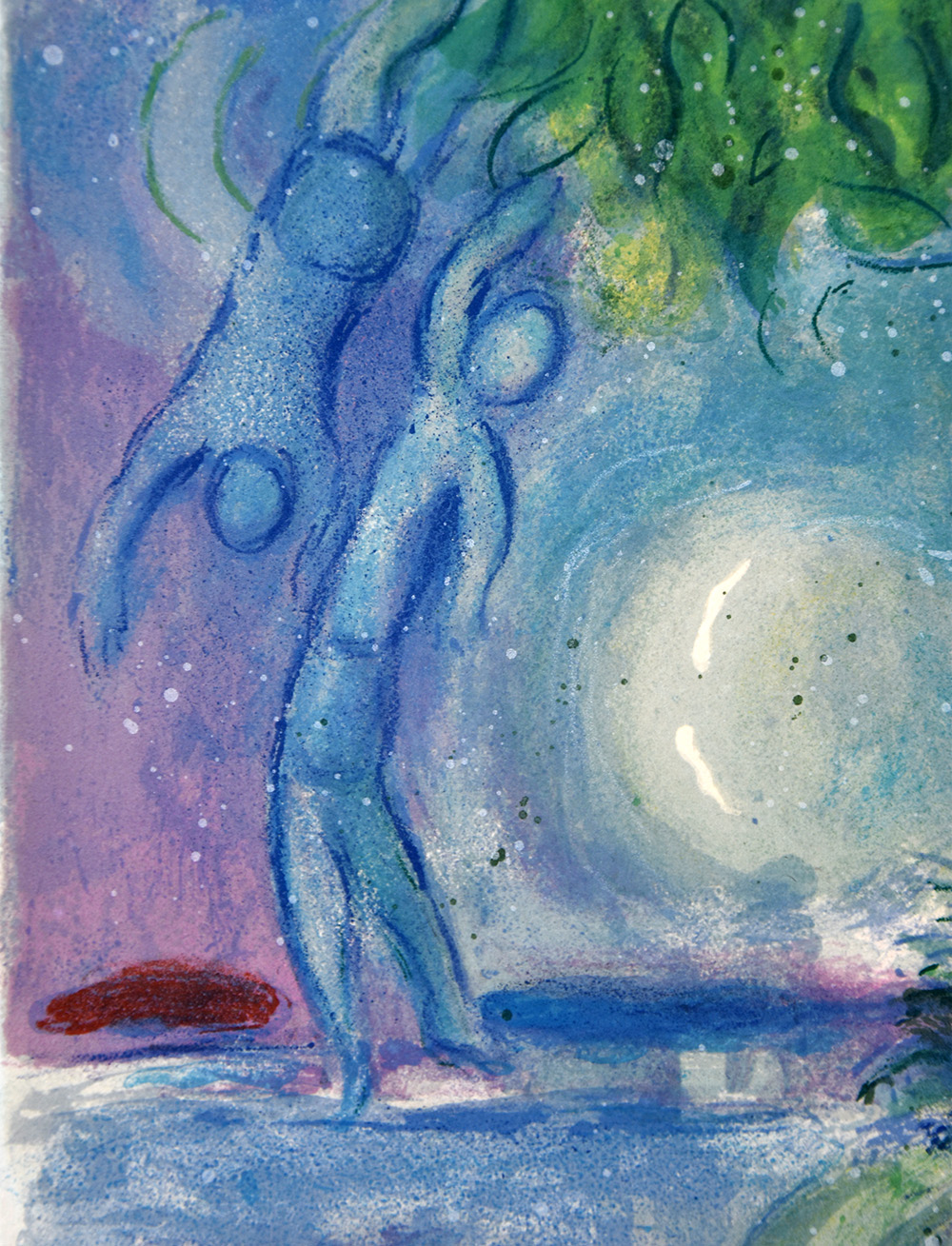 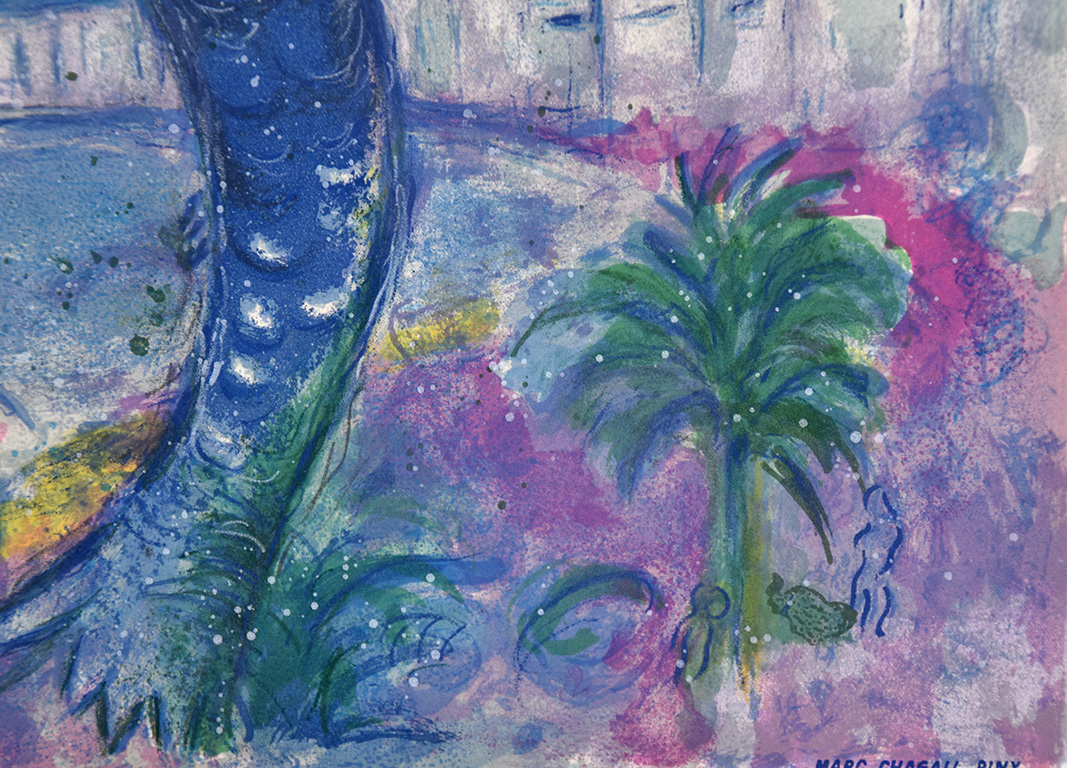 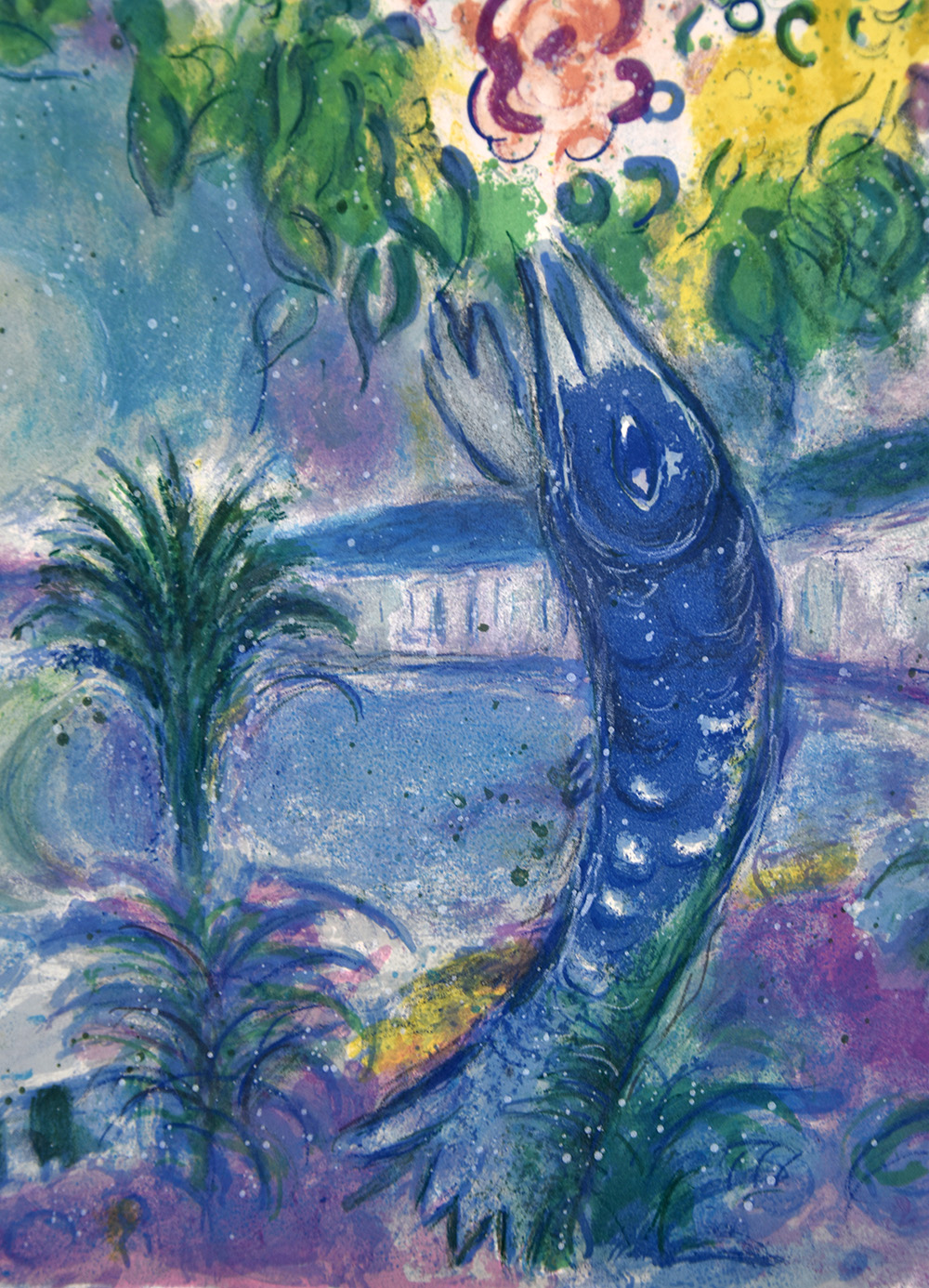 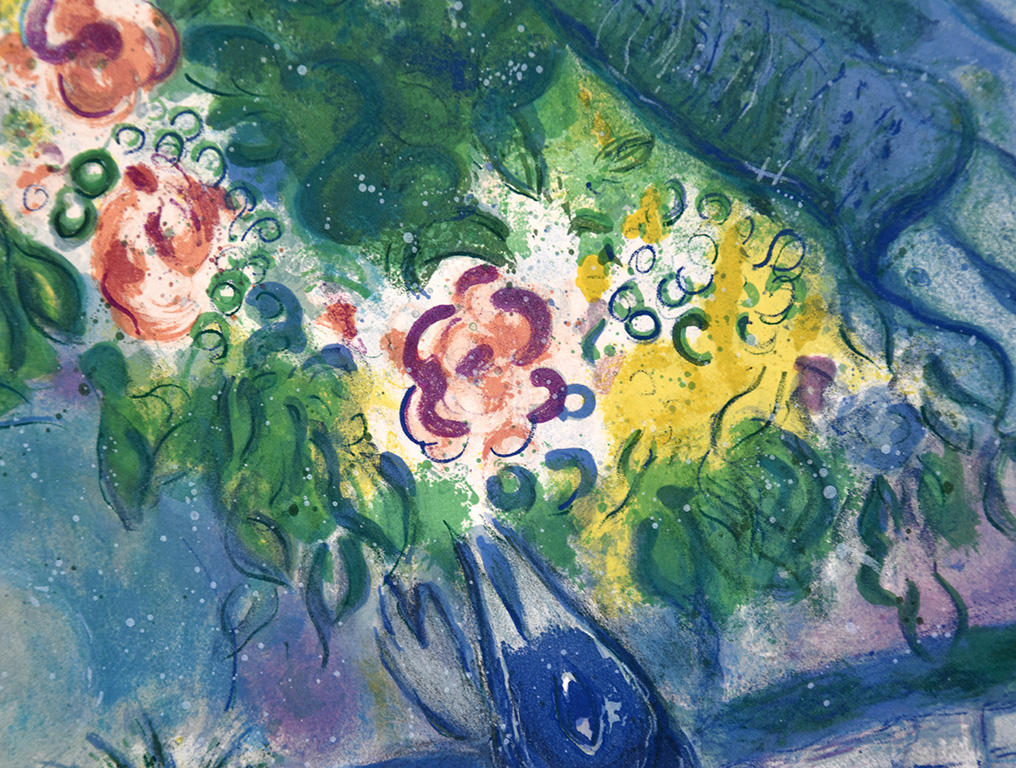 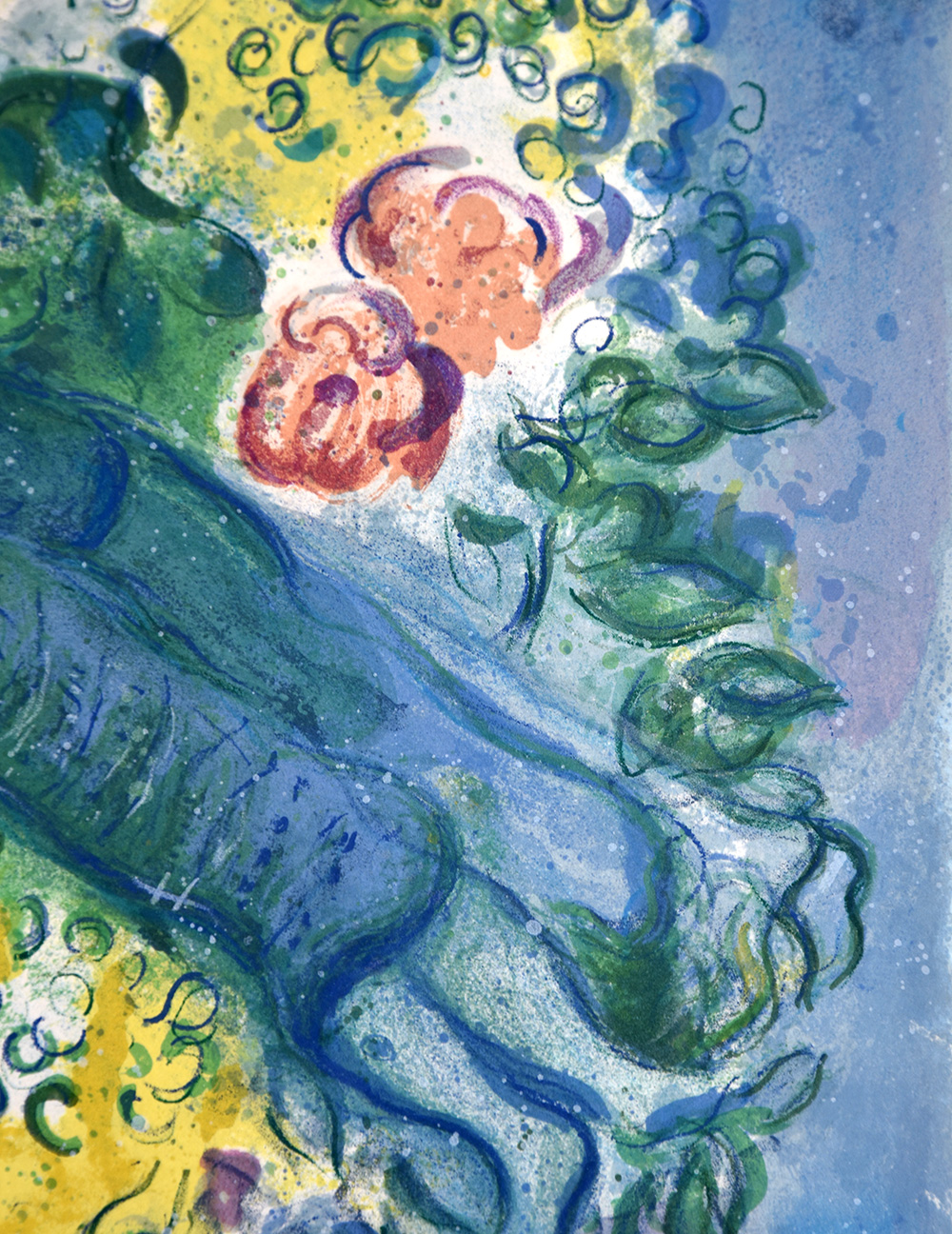 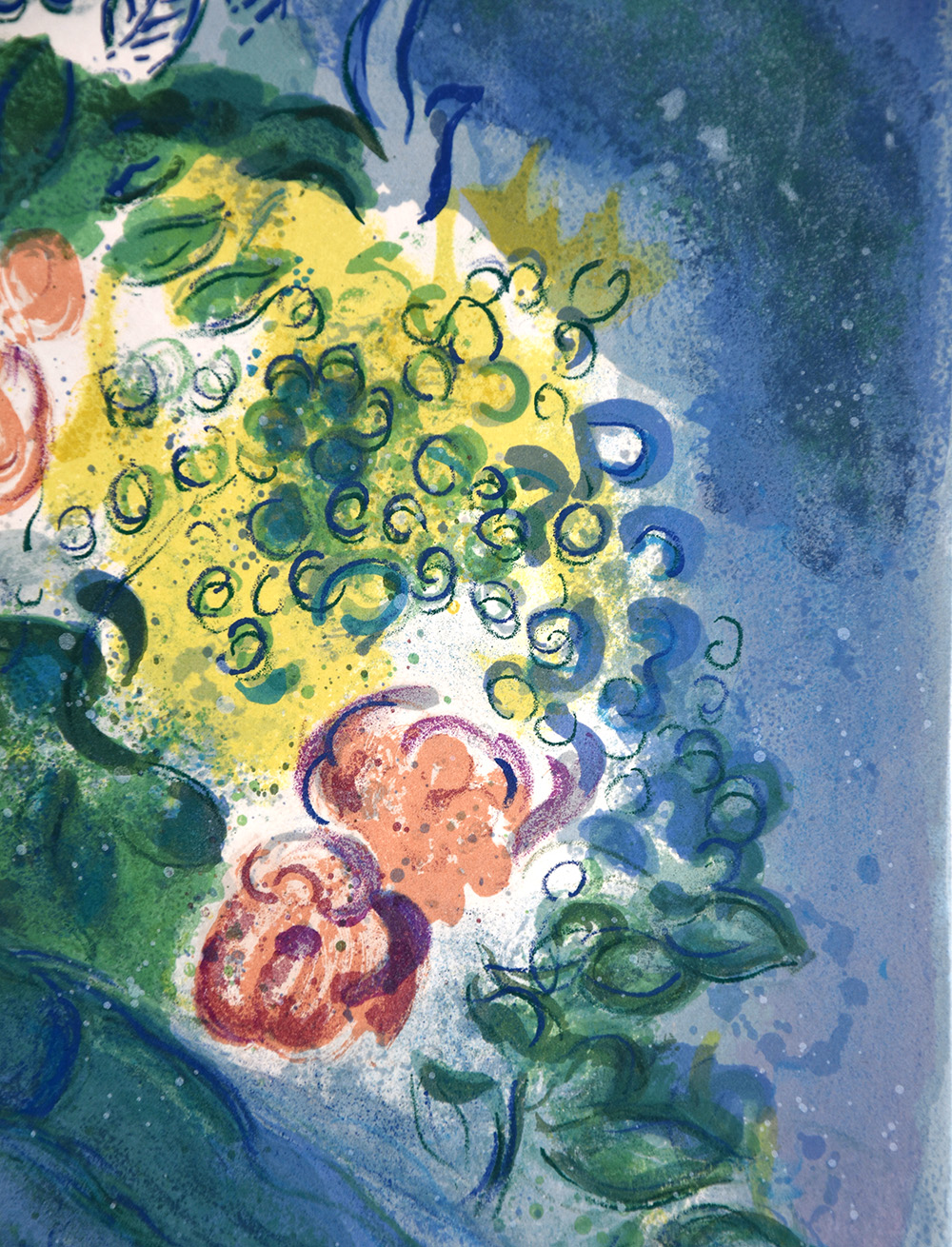 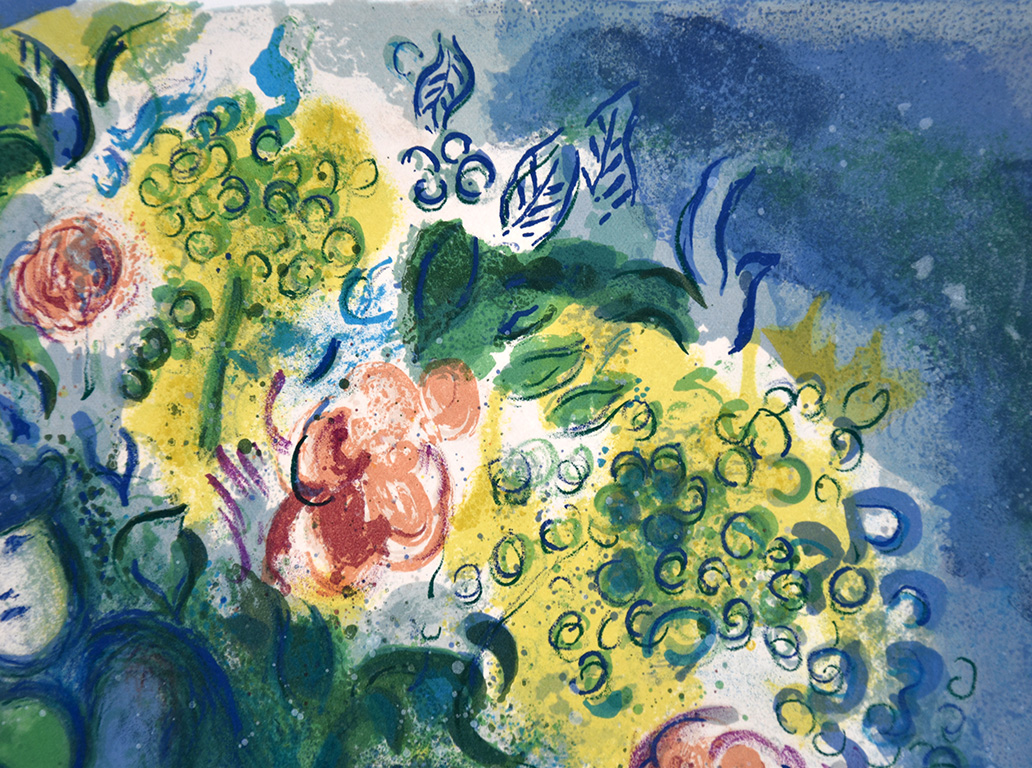 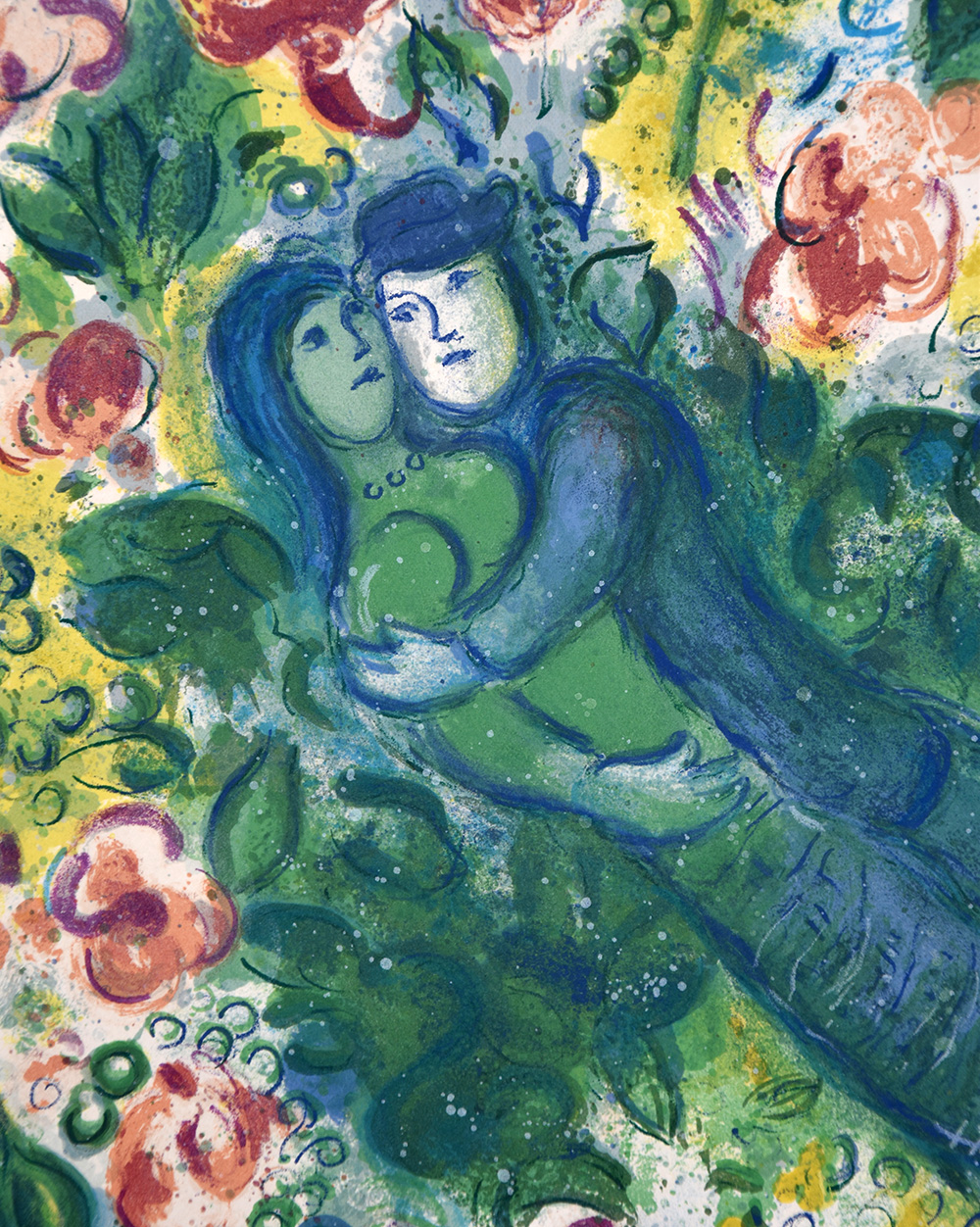 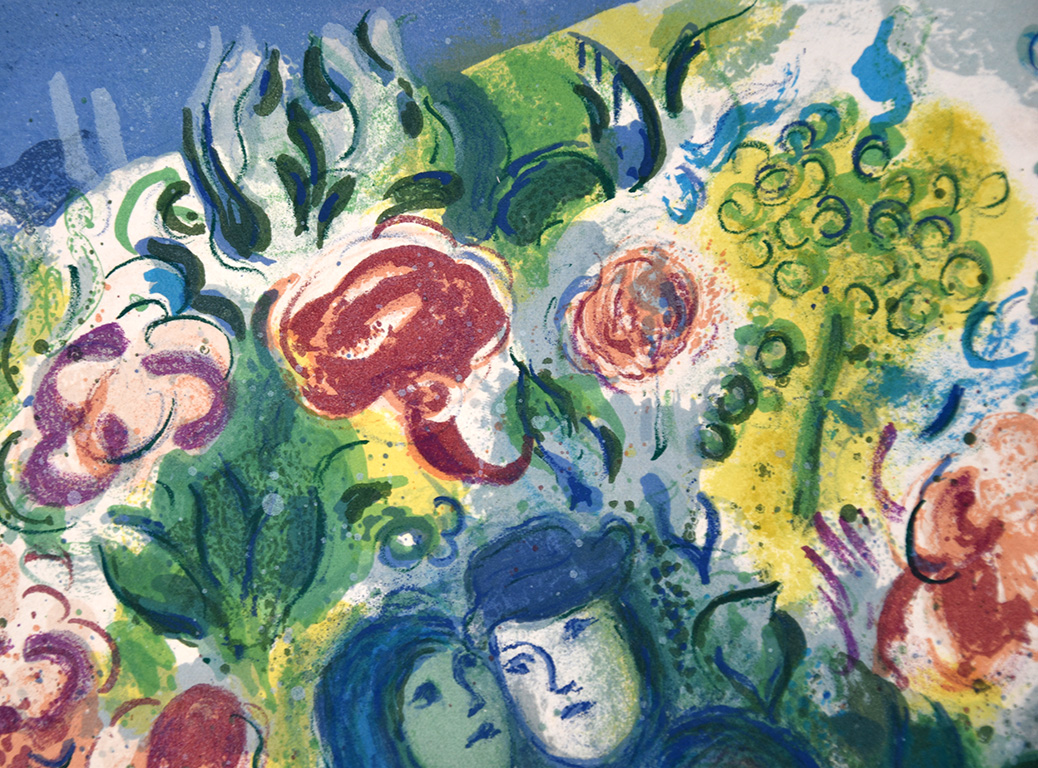 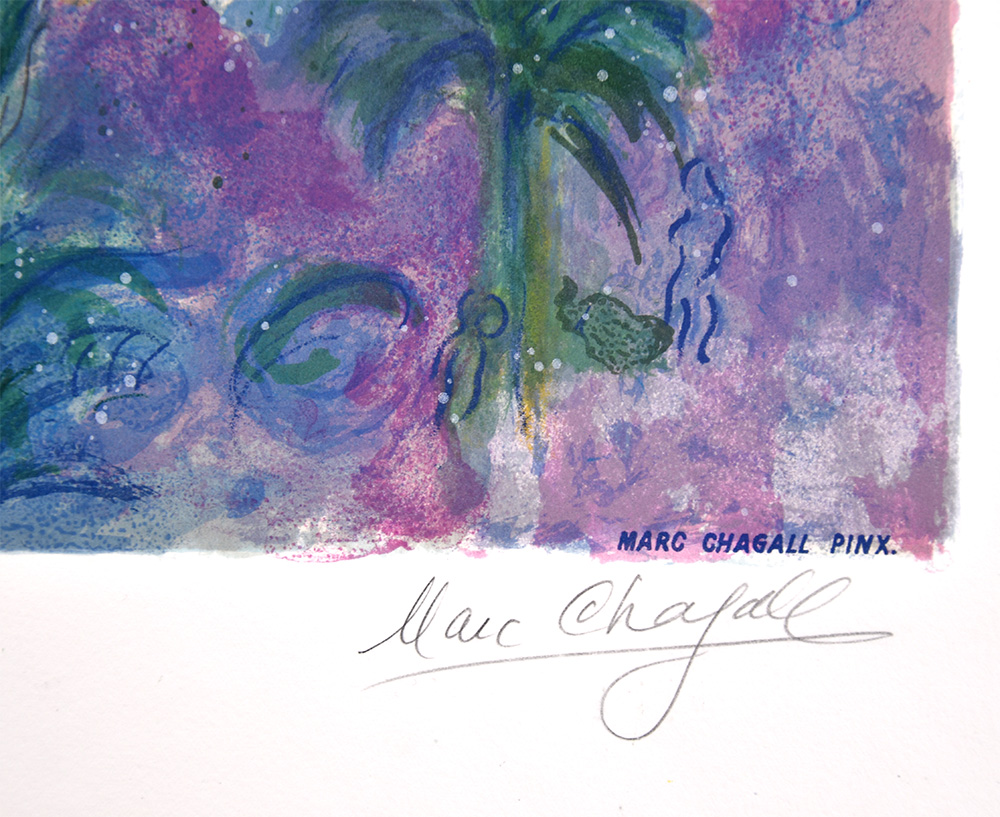 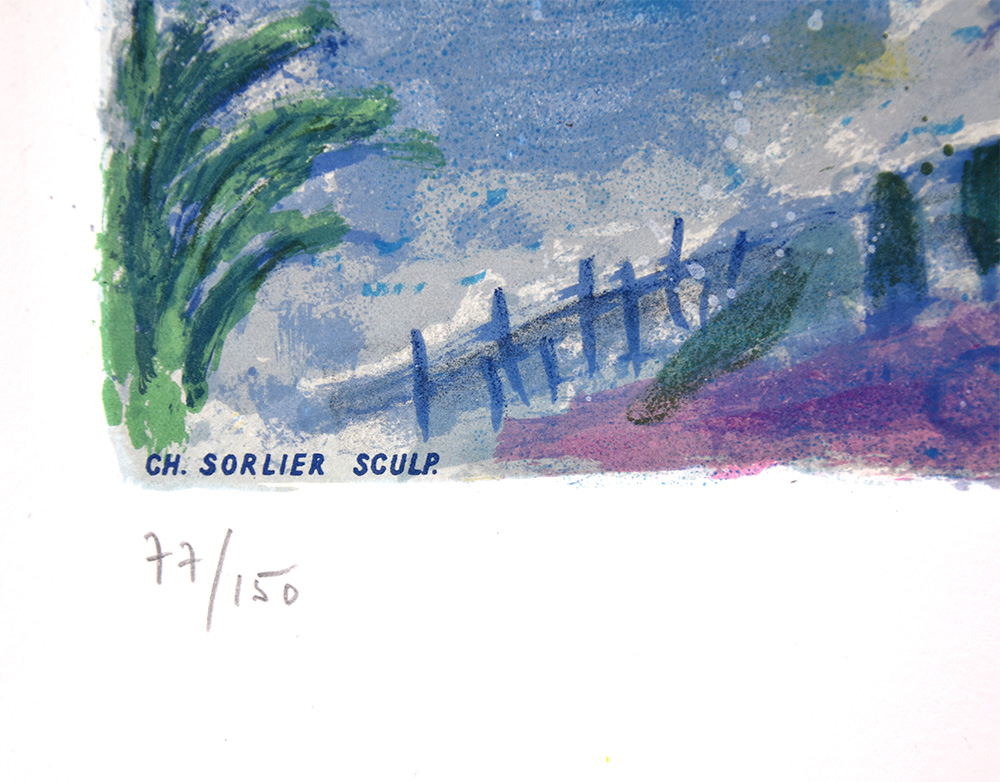 Marc Chagall Couple et Poisson (Couple and Fish), From Nice and the Cote d’Azur, 1967 is a romantic scene on the shores of Nice. Composed of predominately warm tones of blues and greens, Chagall creates an image that relaxes the eye and entices the spirit. Taking two lovers as his primary protagonists, the artist adeptly displays the all-encompassing nature of love and companionship. Allowing the couple to dominate the image, Chagall focuses the viewer upon the intense nature of their relationship. The woman appears completely content in the arms of her male companion who appears transfixed by her beauty. The entire image circulates around the pair from the fish who appears to wave at the couple from the lower margin of the work to the two individuals at the left of the image who float in mid-air. Depicted with few tones of fiery red or yellow, Chagall opts for a cooler palette that expresses an emotional quality of comfort and warmth.

Catalogue Raisonné & COA:
Marc Chagall Couple and Fish (Couple et Poisson ) from Nice and the Cote d’Azur, 1967 is fully documented and referenced in the below catalogue raisonnés and texts (copies will be enclosed as added documentation with the invoices that will accompany the sale of the work):

About the Framing:
Framed to museum-grade, conservation standards, Marc Chagall Couple and Fish (Couple et Poisson ) from Nice and the Cote d’Azur, 1967 is presented in a complementary moulding and finished with silk-wrapped mats and optical grade Plexiglas.