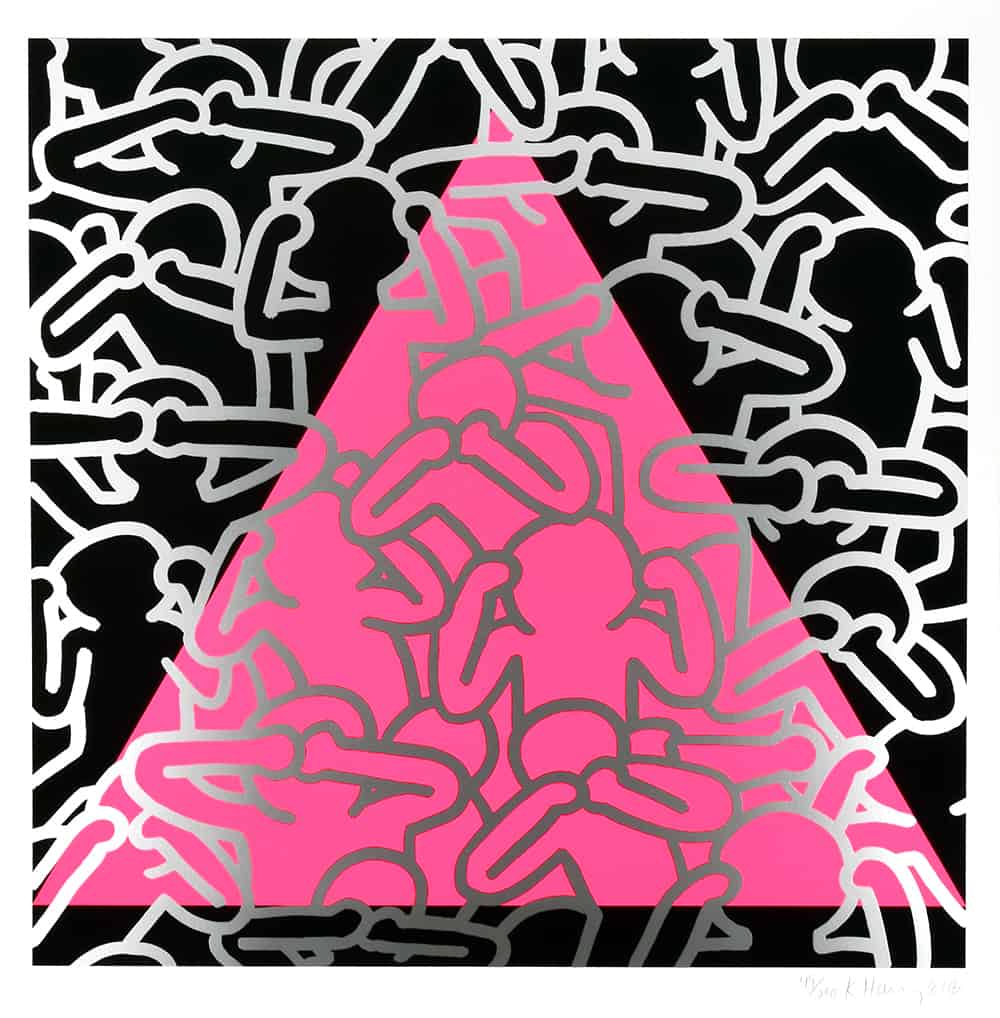 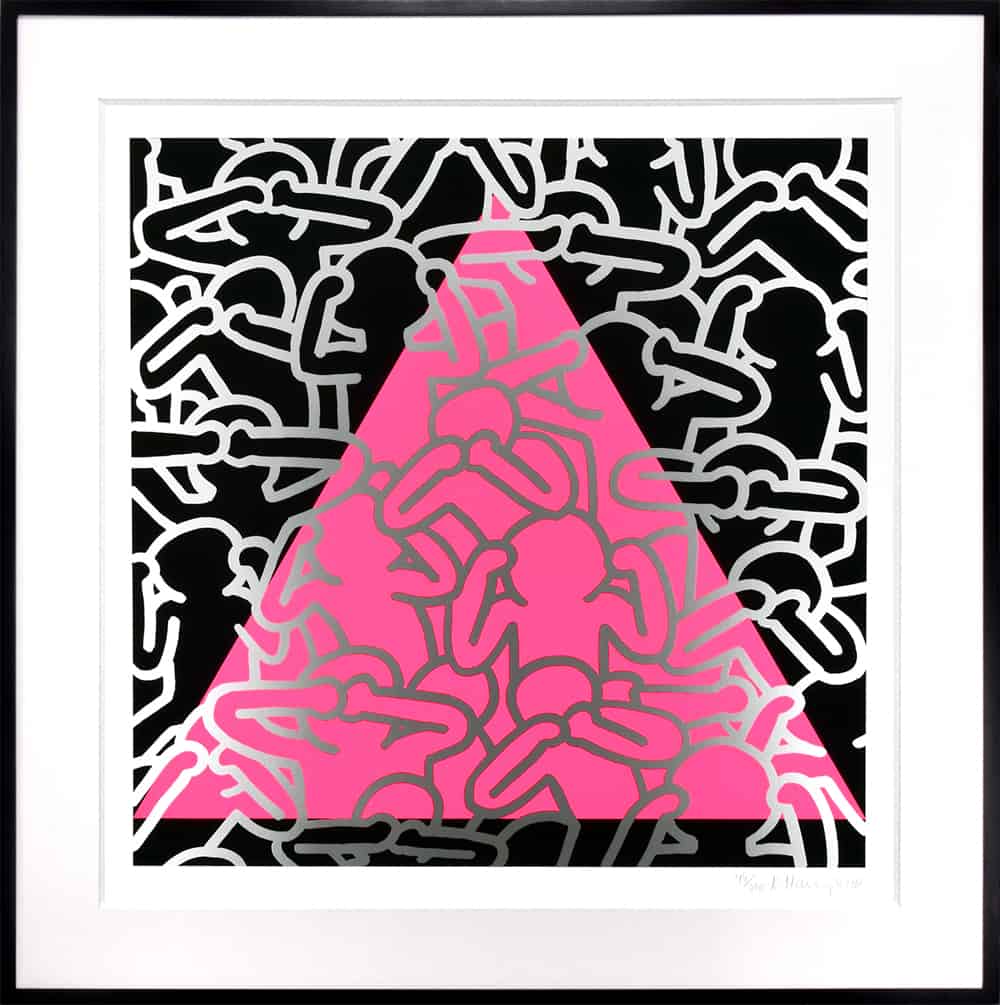 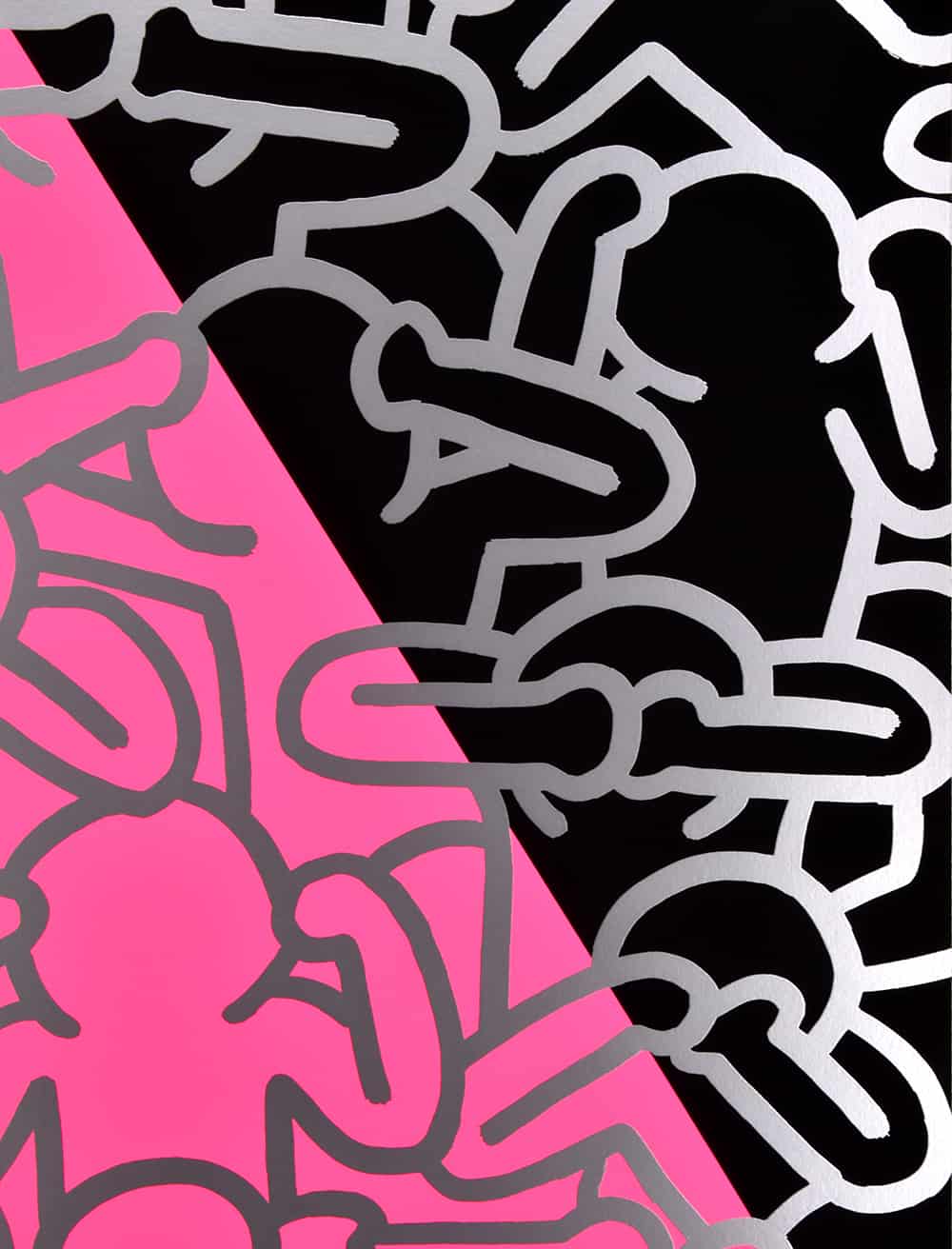 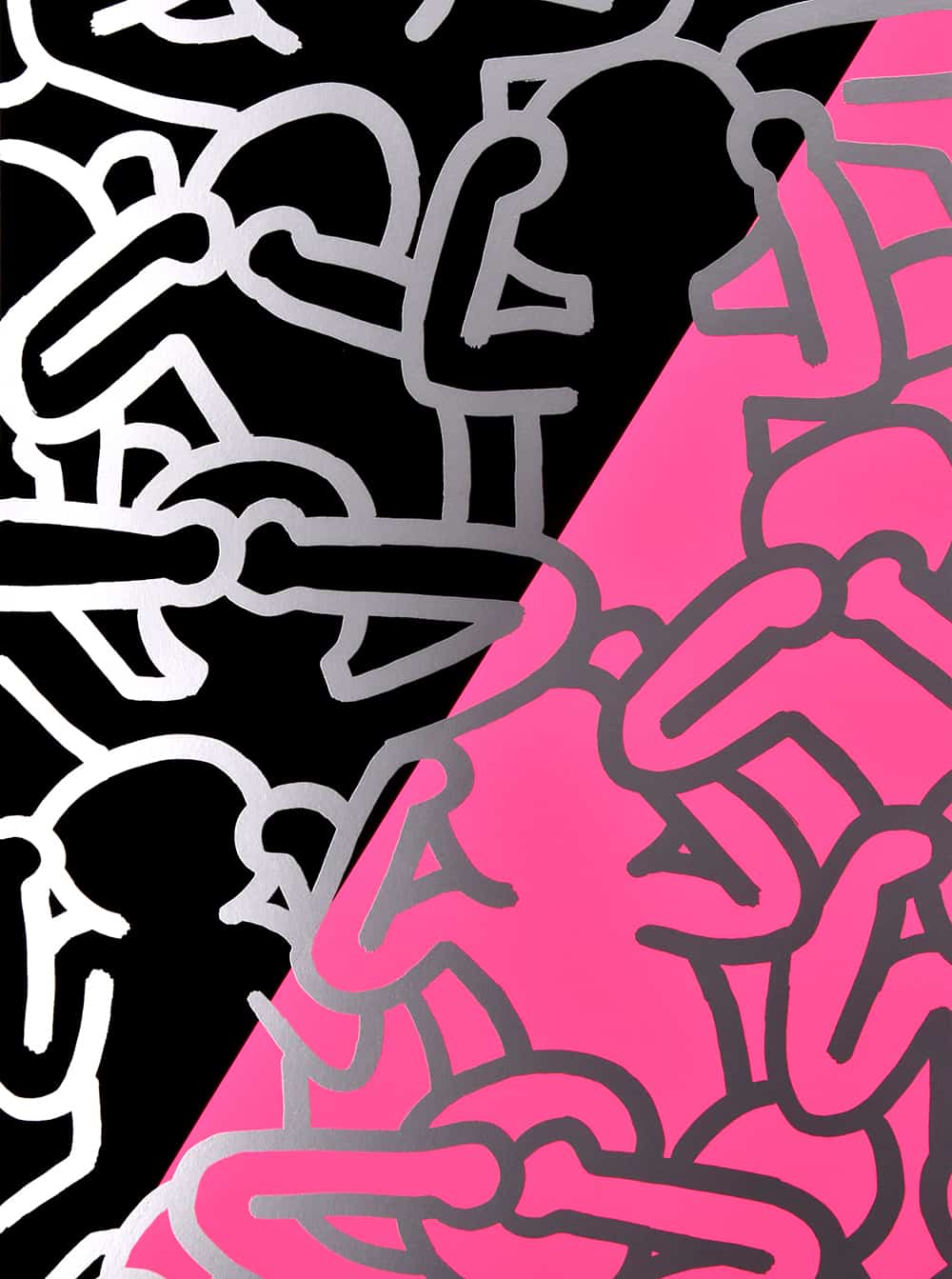 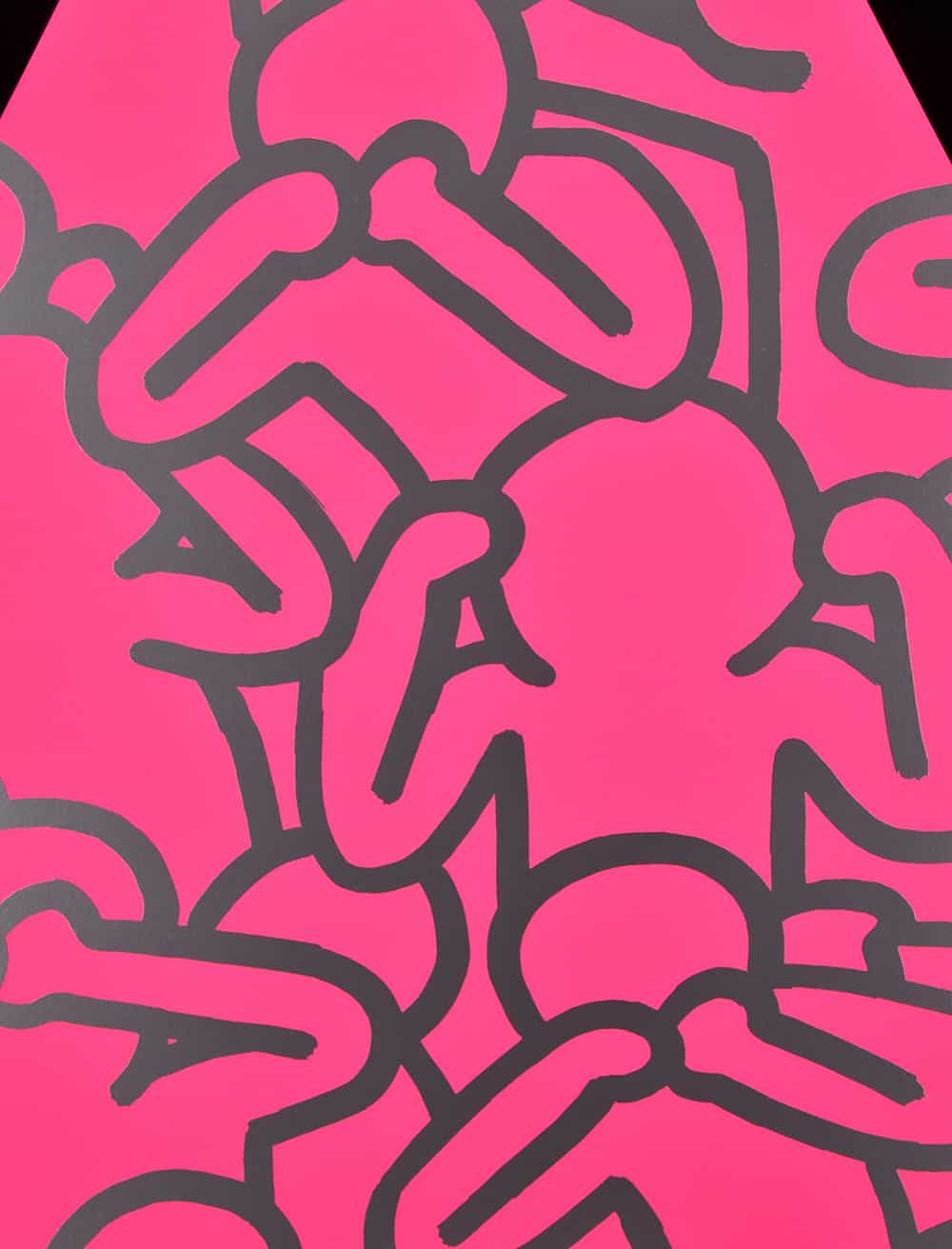 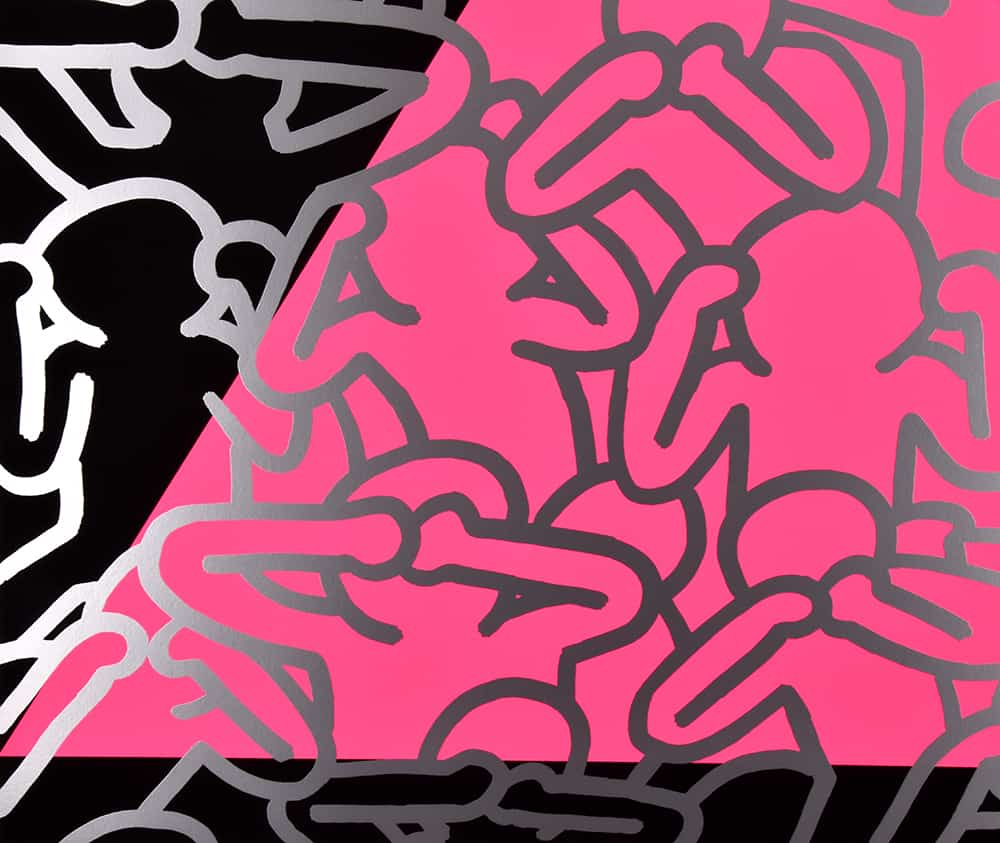 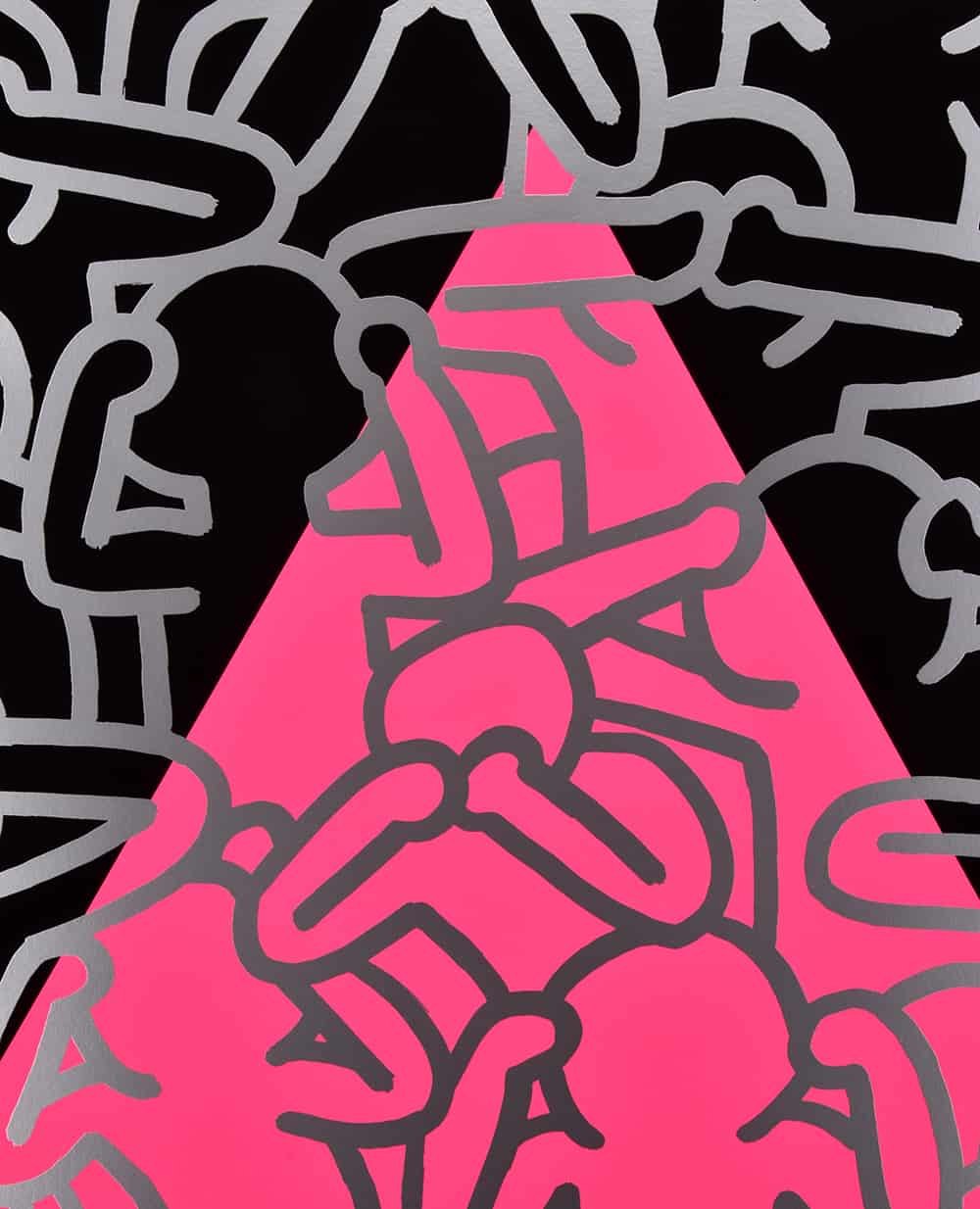 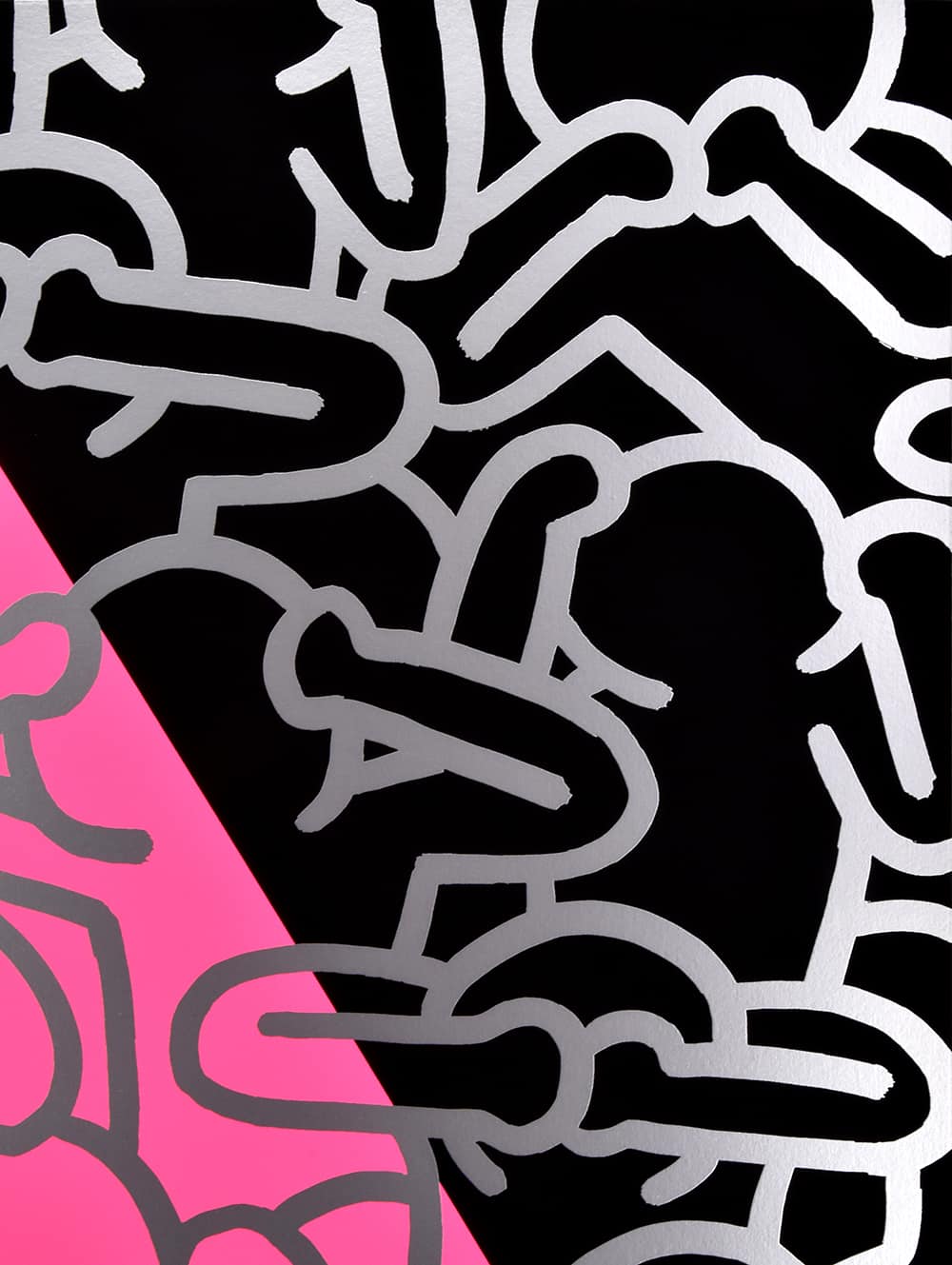 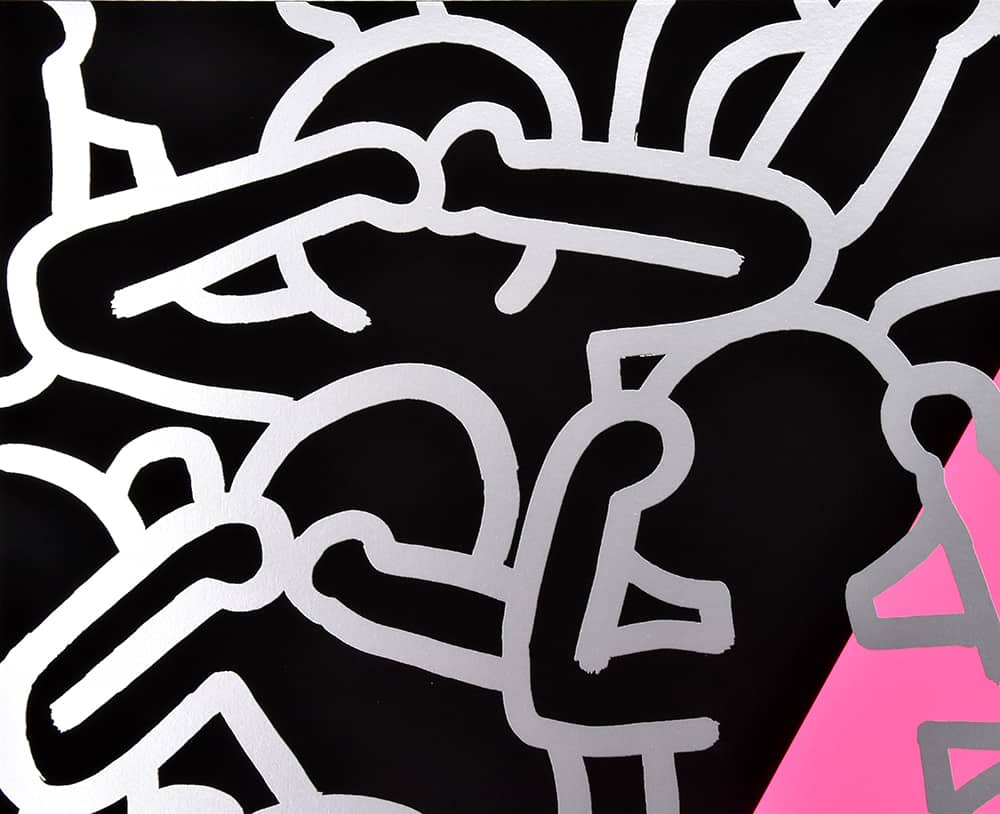 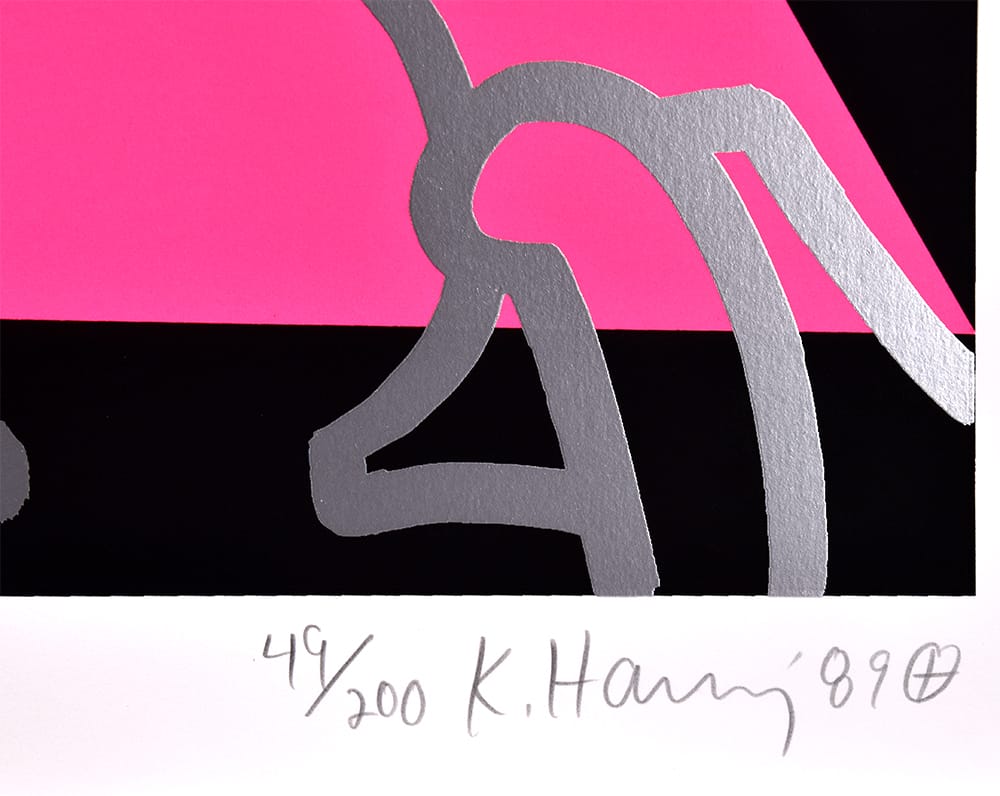 Keith Haring Silence Equals Death, 1989 is a remarkable work completed in the final years of the artist’s life. The work is an adaptation of the iconic political poster for the Silence=Death Project, a collective from which the title of this work is derived. This poster, which featured a bright pink triangle atop a solid black background, was a central image in the organization’s activist campaign against the AIDS epidemic. The image of the pink triangle was first used by Nazi Germany to identify gay men and transgender women. It has since been reclaimed by the LGBTQ community as a symbol of gay pride. Haring’s version of the prominent poster features a large pink triangle that dominates nearly the entire composition and is surrounded by solid black. Renderings in silver ink of numerous figures which illustrate the pictorial maxim “hear no evil, see no evil, speak no evil” are overlaid across the entire composition. This work expresses extreme discontent with the silence of the Reagan administration’s suppression of discussion of the AIDS crisis which caused thousands of deaths in the queer community. This work was completed one year after the artist’s tragic AIDS diagnosis and just months before his death in 1990.

Catalogue Raisonné & COA:
Keith Haring Silence Equals Death, 1989 is fully documented and referenced in the below catalogue raisonnés and texts (copies will be enclosed as added documentation with the invoices that will accompany the sale of the work).

About the Framing:
Framed to museum-grade, conservation standards, Keith Haring Silence Equals Death, 1989 is presented in a complementary moulding and optical grade Plexiglas.