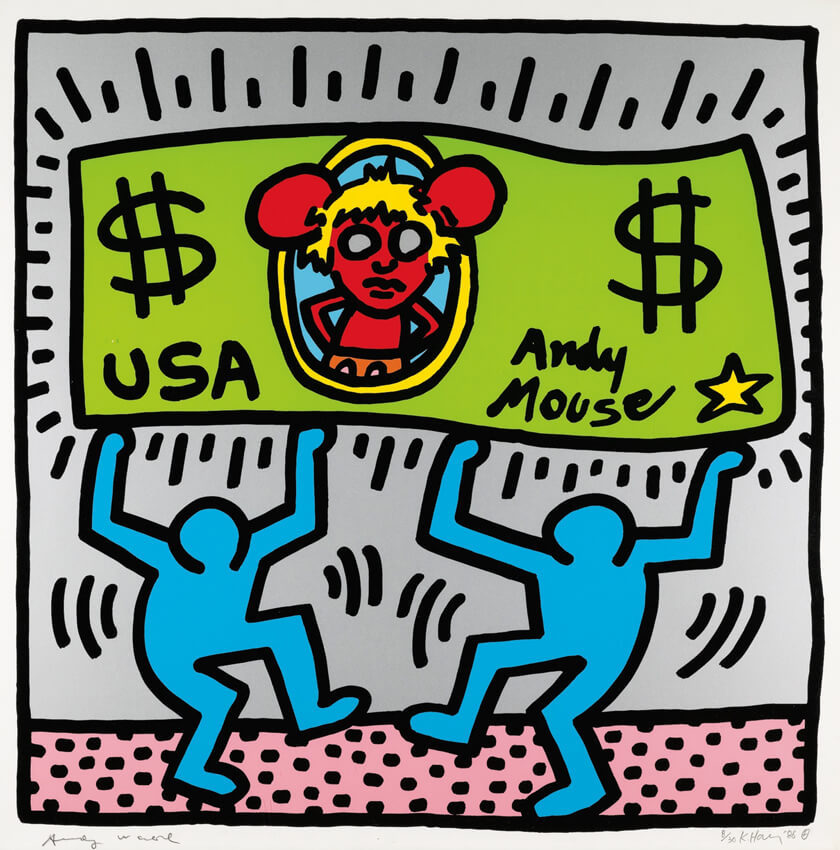 Believing that cartoon figures could be a component of fine art, and regarding Andy Warhol and Walt Disney as heroes, Haring’s exuberant and enchanting Andy Mouse bonds together the work of these three significant pop culture icons. Two blue cartoon figures, massively recognizable Haring iconography, hold an image of a dollar with Andy Mouse at its center. These figures appear to be elatedly dancing in celebration of Andy Mouse on the dollar bill. Haring simultaneously pays tribute to his heroes and comments on the culture of materialism inherently associated with popular cultural icons. Ultimately, he creates a world for both adults and children, in which art becomes a visual vocabulary.