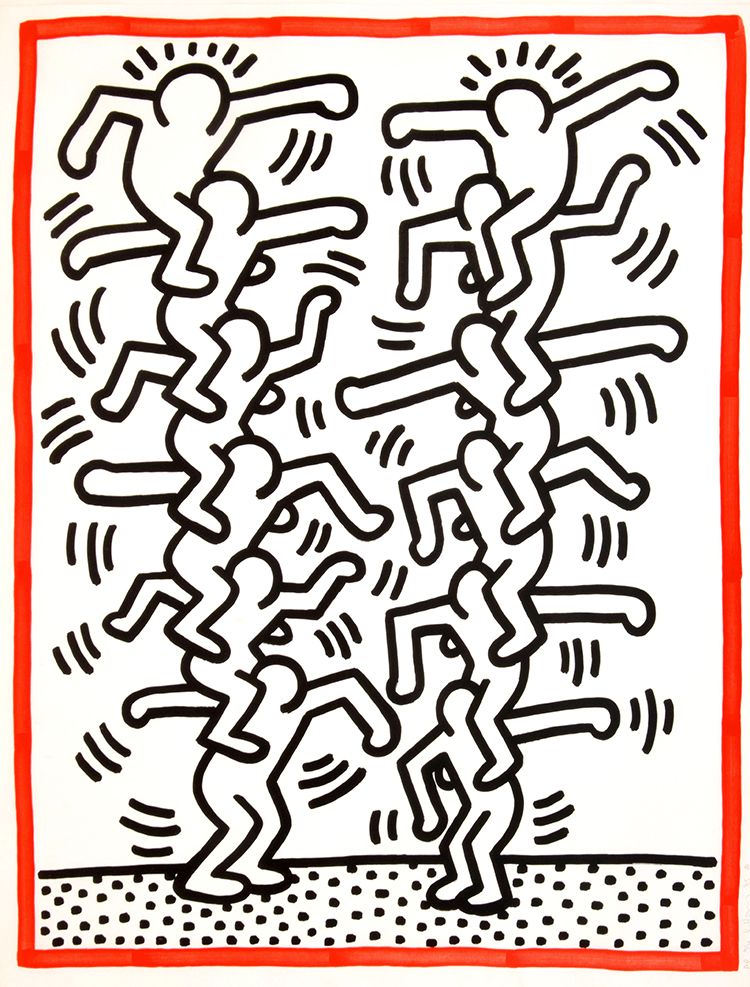 Keith Haring Three Lithographs (Plate 3), 1985 is the third installment of the artist’s Three Lithographs portfolio of 1985. This work features 12 of Haring’s signature humanoid icons in a symmetrical composition of black, white and red. As if in a massive and exaggerated game of chicken, six figures on the left and six figures on the right are all stacked on one another’s shoulders facing the figures opposite them. The artist has rendered actions lines on either side of both towers and expressive lines over the tops of the heads of the two figures placed at the top of the composition, signifying their struggle to balance as well as their excitement. This piece retains a hand-painted quality, a characteristic a feasible through the artist’s use of lithography.

Catalogue Raisonné & COA:
Keith Haring Three Lithographs (Plate 3), from the Three Lithographs Portfolio, 1985 is fully documented and referenced in the below catalogue raisonnés and texts (copies will be enclosed as added documentation with the invoices that will accompany the sale of the work).

About the Framing:
Framed to museum-grade, conservation standards, Keith Haring Three Lithographs (Plate 3), from the Three Lithographs Portfolio, 1985 is presented in a complementary moulding and finished with silk-wrapped mats and optical grade Plexiglas.