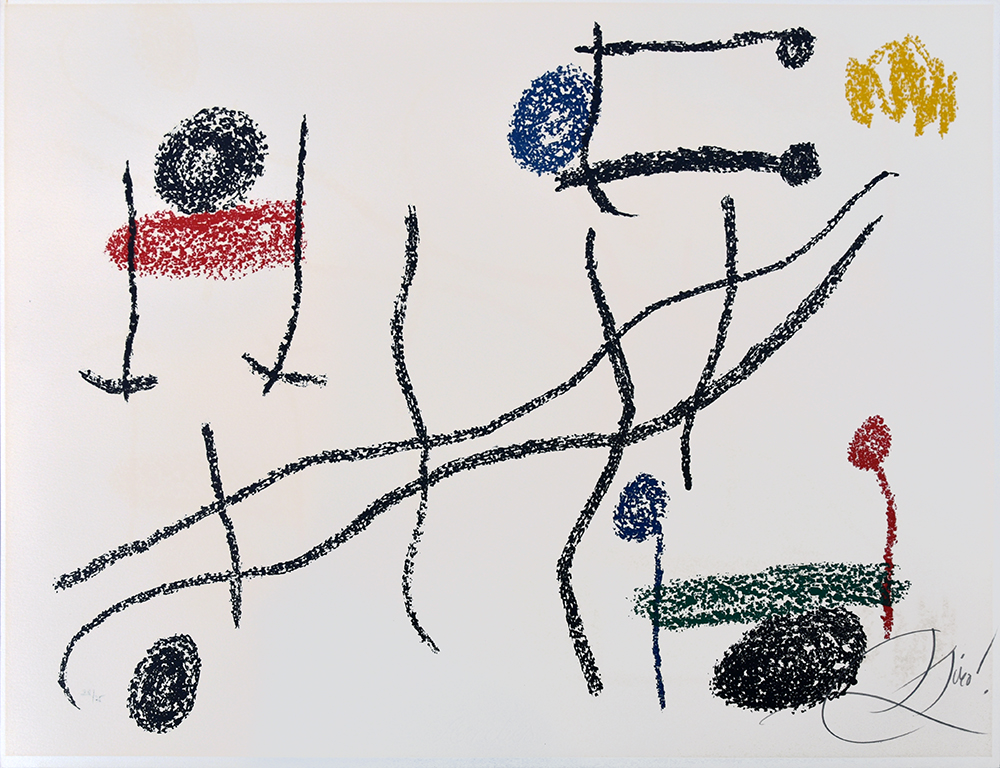 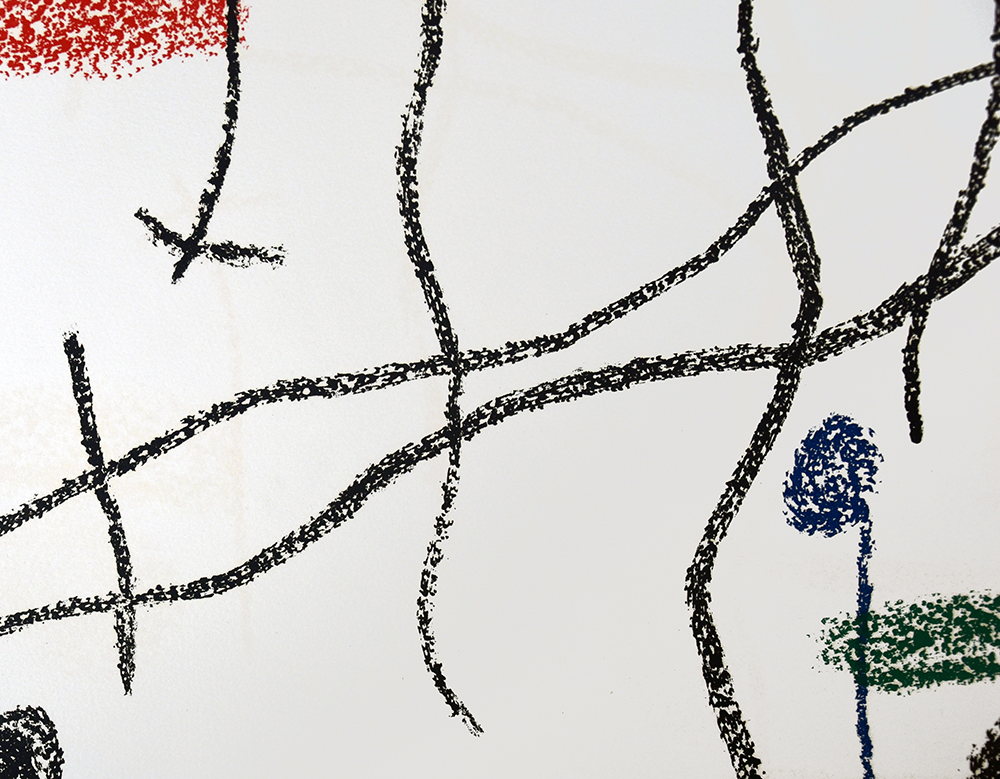 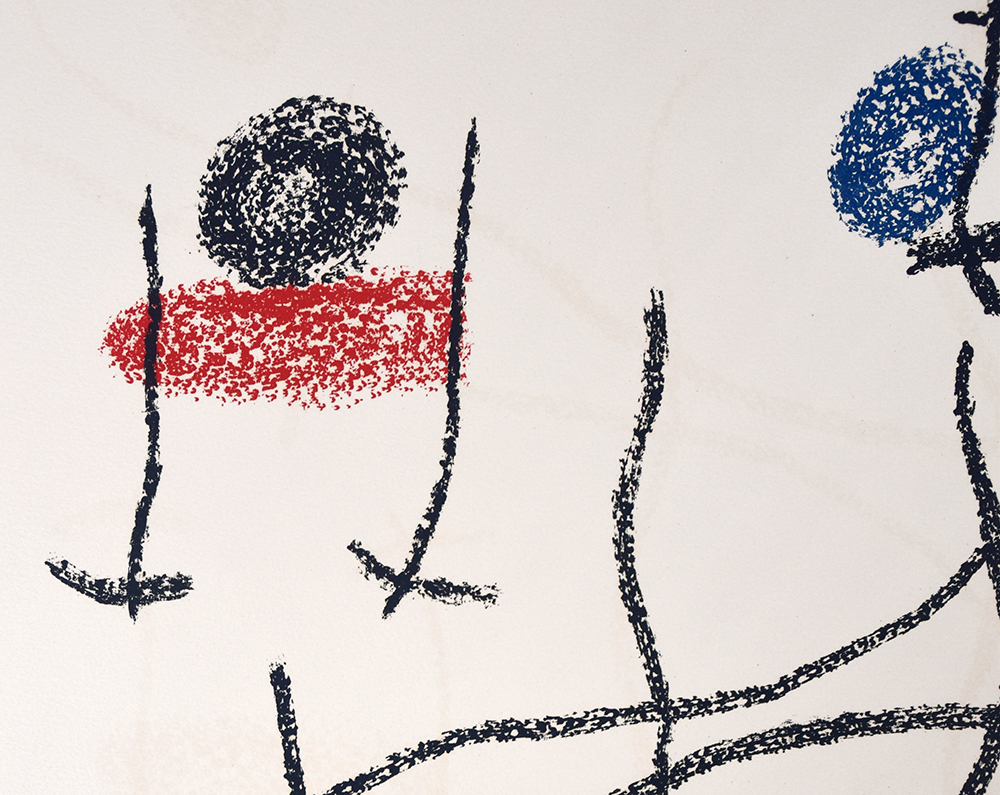 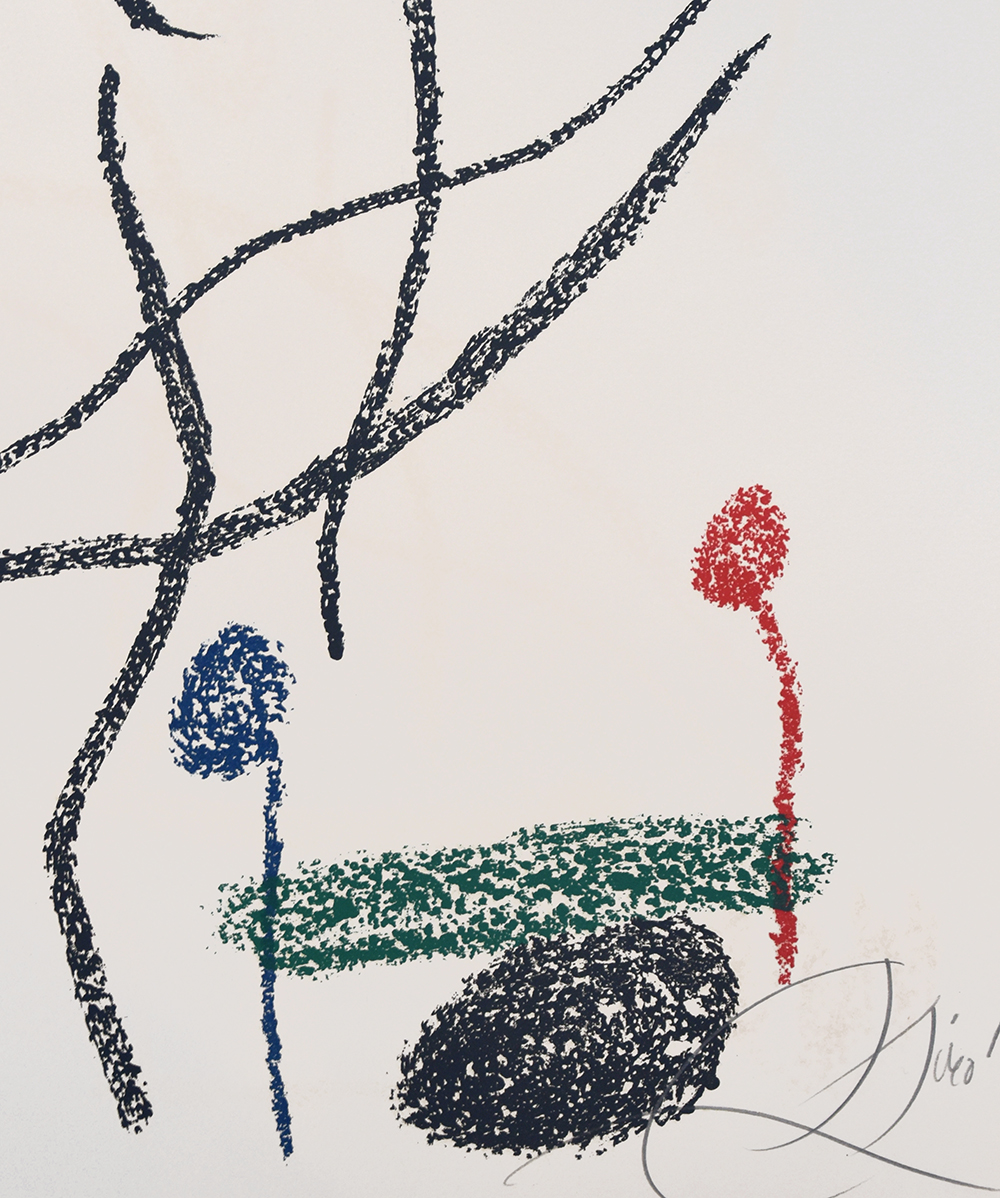 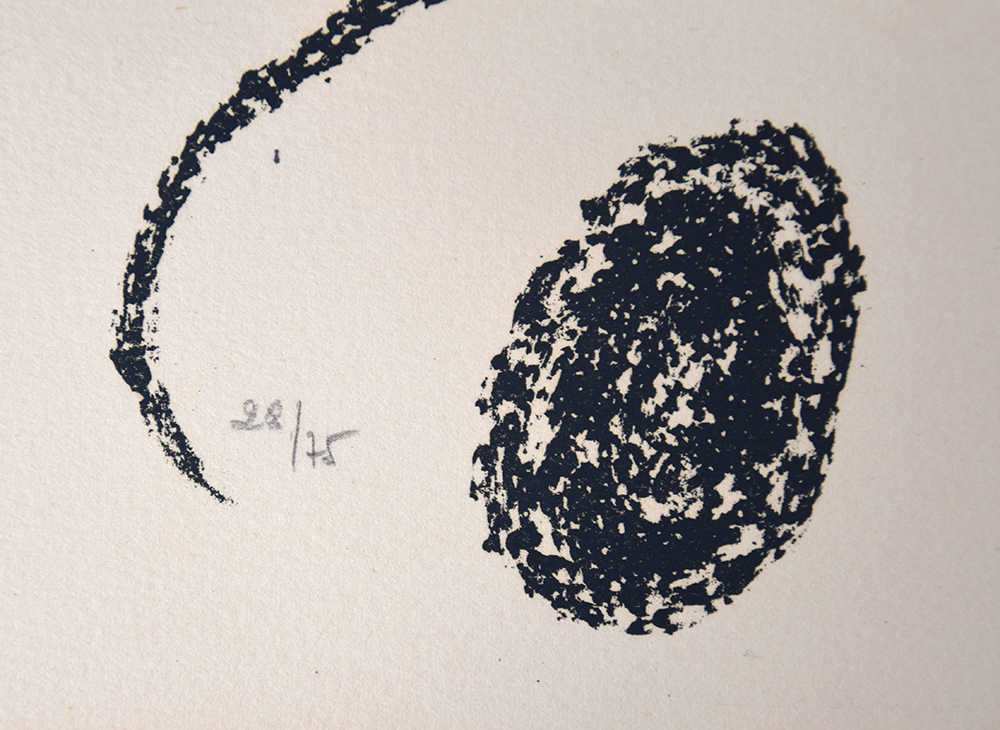 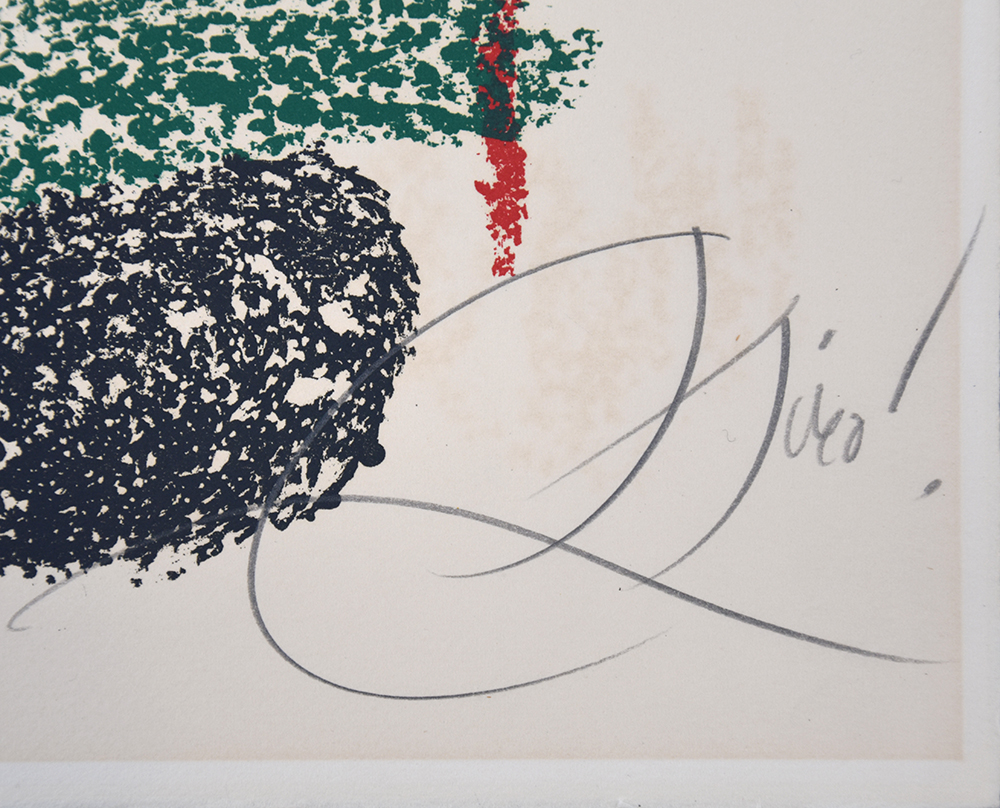 Joan Miró Album 21, Plate 16, 1978 is a playful yet thought-provoking work that exhibits Miró’s iconic handling of line and shapes. Cutting across the composition is a pair of two wavy lines that extend from the lower left corner to the upper right corner. Four short, wavy vertical lines break the flow of the long diagonal lines and create a morphing checkered effect. There are also three forms, one in each corner of the composition except for the lower left, that share the following characteristics: two lines connected at one end by a horizontal line and topped with a solid circular shape. These three forms possess a rudimentary figural presence that takes this work beyond pure abstraction. The crayon-like quality of the colors in Joan Miró Album 21, Plate 16, 1978 also adds an element of playfulness to the overall work. The scribble of bright yellow in the upper right corner not only adds a pop of color to the image but highlights the lighthearted composition of the work. Joan Miró Album 21, Plate 16, 1978 offers an excellent example of the lively compositions and playful forms that characterize the artist’s oeuvre.

Created in 1978, this color lithograph on Arches paper is hand signed by Joan Miró (Barcelona, 1893 - Palma, 1983) in pencil in the lower right. Joan Miró Album 21, Plate 16, 1978 was one of twenty one illustrations that the artist executed for Carlos Franqui’s collection of poetry entitled “Album 21.” Numbered from the edition of 75 in pencil in the lower left, aside from the edition of 15 artist’s proofs, Joan Miró Album 21, Plate 16, 1978 is published by Maeght Éditeur, Paris and printed by Mourlot, Paris.

Catalogue Raisonné & COA:
Joan Miró Album 21, Plate 16, 1978 is fully documented and referenced in the below catalogue raisonnés and texts (copies will be enclosed as added documentation with the invoices that will accompany the sale of the work).

About the Framing:
Framed to museum-grade, conservation standards, Joan Miró Album 21, Plate 16, 1978 is presented in a complementary moulding and finished with silk-wrapped mats and optical grade Plexiglas.