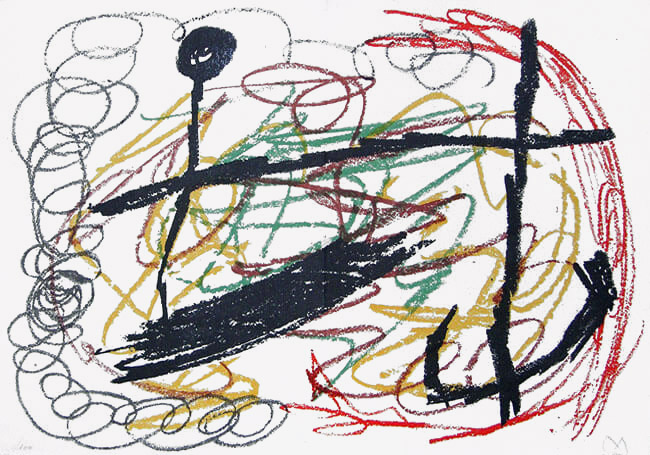 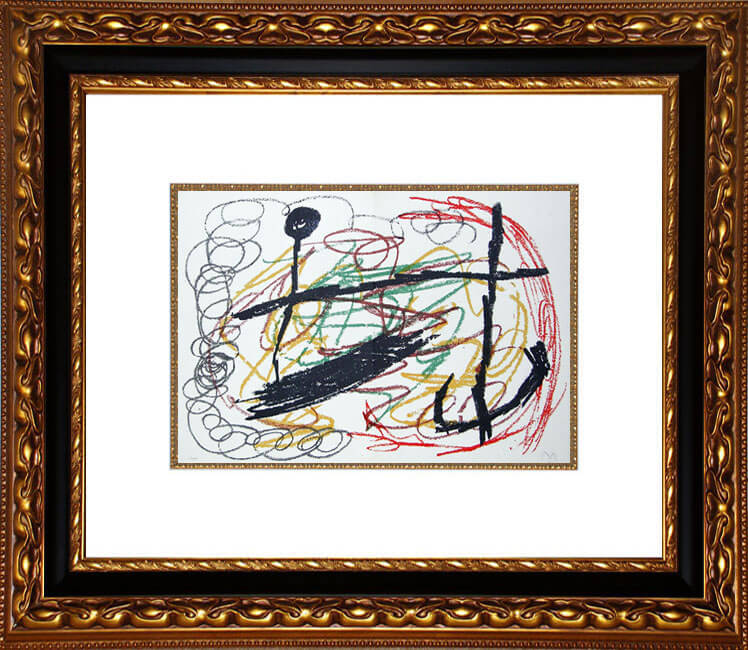 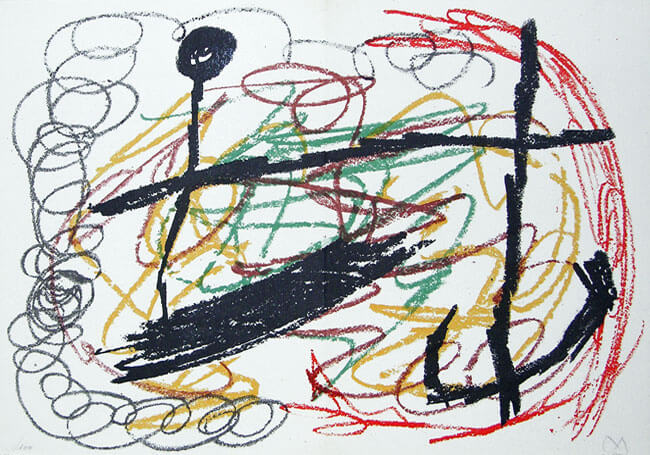 Perhaps the most animated lithograph in the book, Joan Miró Lithograph IX from Miró, Obra Inedita Recent, 1964 consists of earthy tones swirling around the composition. Colored tones of grey, brown, yellow, green, and red snake and coil throughout while the black lines, more centrally located in the composition, appear abstractly as human forms. Arranged in a criss-crossed fashion, the viewer can imagine faces and appendages attached to these obscure figures. Despite the chaotic nature of the piece, the composition is well-balanced, with the coiling forms surrounding the central black lines in a protective ellipse.

Created in 1964, this work is published by Sala Gaspar, Barcelona and printed on Guarro paper. From a series of eleven color lithographs used in the book Miró, Obra Inedita Recent. Initialed 'M' by Joan Miró (1893-1983) in the lower right in pencil, this work is numbered 33/100 in pencil in the lower left on Guarro paper. Texts by Joan Brossa, A.Cirici and E. Cirlot. This book was originally published as a catalogue for the Miró exhibitions at the Sala Gaspar, Galeria Metras, and Belarte of Barcelona, 1964.

Catalogue Raisonné & COA:
Joan Miró Lithograph IX from Miró, Obra Inedita Recent, 1964 is fully documented and referenced in the below catalogue raisonnés and texts (copies will be enclosed as added documentation with the invoices that will accompany the sale of the work)

About the Framing:
Joan Miró Lithograph IX from Miró, Obra Inedita Recent, 1964 is framed to museum-grade, conservation standards, presented in a complementary moulding and finished with linen-wrapped mats and optical grade Plexiglas.