There are no Helen Frankenthaler catalogue raisonnés listed yet. 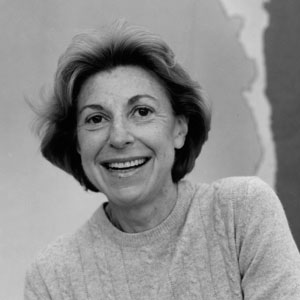 American Abstract Expressionist painter Helen Frankenthaler was born in Manhattan, New York in 1928 to Alfred Frankenthaler, a respected New York State Supreme Court judge. Encouraged to pursue a professional career after graduating from the Dalton School in 1945, she attended Bennington College in Vermont. There she absorbed the visual language of Cubism and the formal structures of Old Master painting and became determined to pursue art full time. After graduating in 1949 with a substantial inheritance, she studied privately with Hans Hofmann in Provincetown, Massachusetts, and then returned to New York to paint full-time. Once in New York, she met Clement Greenberg, through whom she would meet some of the central figures of the New York School, including Willem de Kooning, Lee Krasner, Jackson Pollock, and David Smith. An exponent of Abstract Expressionism, Frankenthaler was focused on analyzing and reproducing natural forms, as is apparent in Mountains and Sea (1952). Inspired by Pollock's drip style, Frankenthaler's technique of staining pigment into raw canvas is through pouring pigment directly onto the canvas laid on the floor. Instead of enamel however, she poured turpentine-thinned paint in watery washes onto the raw canvas so that it soaked into the fabric weave, becoming one with it. This staining method emphasized the flat surface over illusory depth, and it called attention to the very nature of paint on canvas. It also brought a new, open airiness to the painted surface and was credited with releasing color from the gestural approach and romantic rhetoric of Abstract Expressionism. This led to her being credited with the development of painting best known as Color Field. Though working in a male dominated art field at the time, Frankenthaler garnered solo exhibitions at prestigious institutions and regularly received favorable reviews. In 1958 Frankenthaler married fellow Abstract Expressionist and Color Field artist Robert Motherwell and at this same time she began experimenting with the relationship between fine lines and small, sunlike shapes. In the early 1960's she started producing paintings featuring a single stain or blot; she also began to use acrylic paint to create richly colored canvases, such as Cape (Provincetown) (1964). Divorced in 1971, she ventured into the production of welded-steel sculptures, prints, illustrated books, and theatrical productions. Frankenthaler taught at Harvard, Princeton, Yale, and New York universities and over the last few decades, her work took more direct references to the visible world, with slight reflections of her earlier spontaneousness. With numerous exhibitions and accolades, she passed away in Darien, Connecticut, in 2011 of an undisclosed illness having changed modern art forever.

Helen Frankenthaler, the American Abstract Expressionist painter, was known for her spontaneity and improvisation when it came to her paintings. In fact, he was once said by art critic Frank O'Hara that "she is willing to risk everything on inspiration." This dedication and passion comes through in Frankenthaler's paintings, sculptures, ceramics, and prints.

Have one to sell? Sell Helen Frankenthaler fine art with us

Sell your Helen Frankenthaler fine art with us. We offer free evaluations.