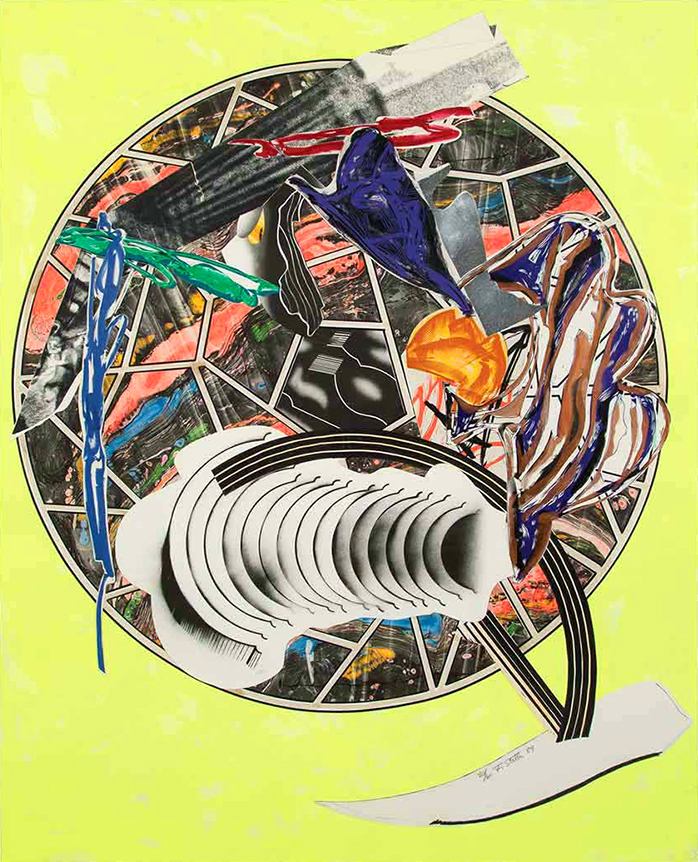 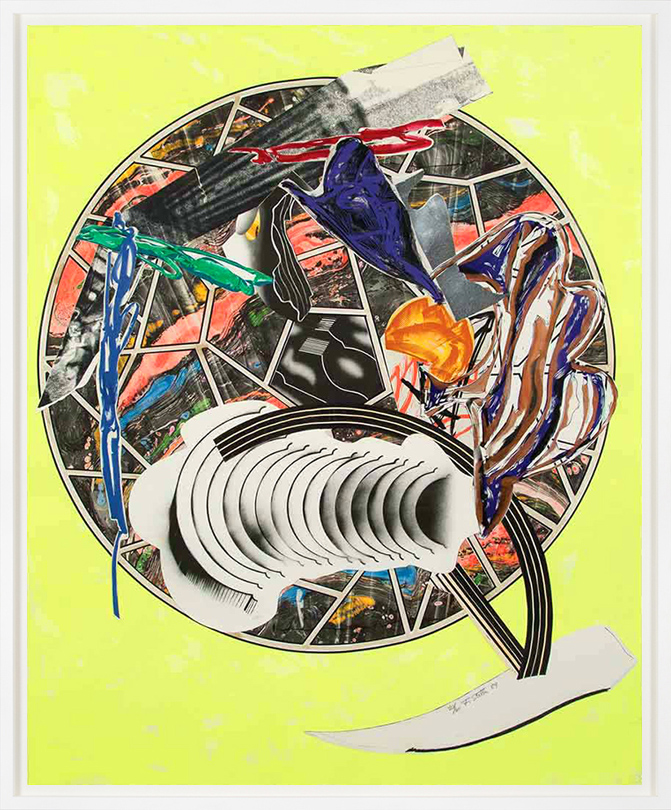 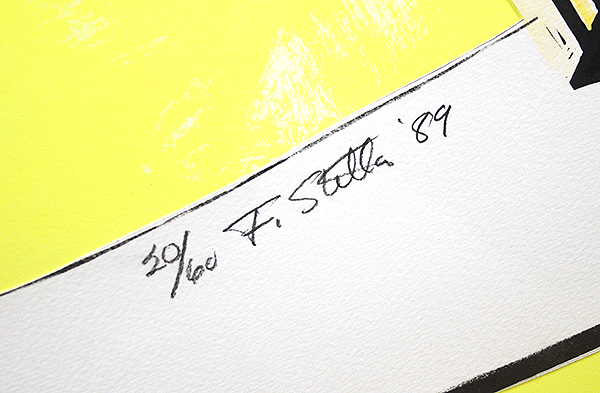 Backed against a sunny yellow background, a window of chaos and patterns appears in Franks Stella The Whale as a Dish from Waves II, 1989. Tessellating within the window are shapes and colors coming from the beautiful marbling and collage work. Not much strays outside the confines of the window, with the exception of a tail-like shape on the bottom right. The tail connects to a larger white body in the center of the composition – this abstracted figure appears at the white whale itself.

All the works in the Waves series are based on chapters from Herman Melville’s Moby Dick. In this chapter, the main character Ishmael contemplates the morality of eating a whale and tries to explain away his negative feelings about it. This work is a wonderfully complex intersection of many different printmaking techniques and showcases Stella’s skill and creativity.

Catalogue Raisonné & COA:
Frank Stella The Whale as a Dish from Waves II, 1989 is fully documented and referenced in the below catalogue raisonnés and texts (copies will be enclosed as added documentation with the invoices that will accompany the sale of the work).

1. Axsom, Richard H. The Prints of Frank Stella: A Catalogue Raisonné. New York: Jordan Schnitzer Family Foundation, 2016. Listed and illustrated as catalogue raisonné no. 191.
2. A Certificate of Authenticity will accompany this artwork.

About the Framing:
Framed to museum-grade, conservation standards Frank Stella The Whale as a Dish from Waves II, 1989 is presented in a complementary moulding and finished with silk-wrapped mats and optical grade Plexiglas.