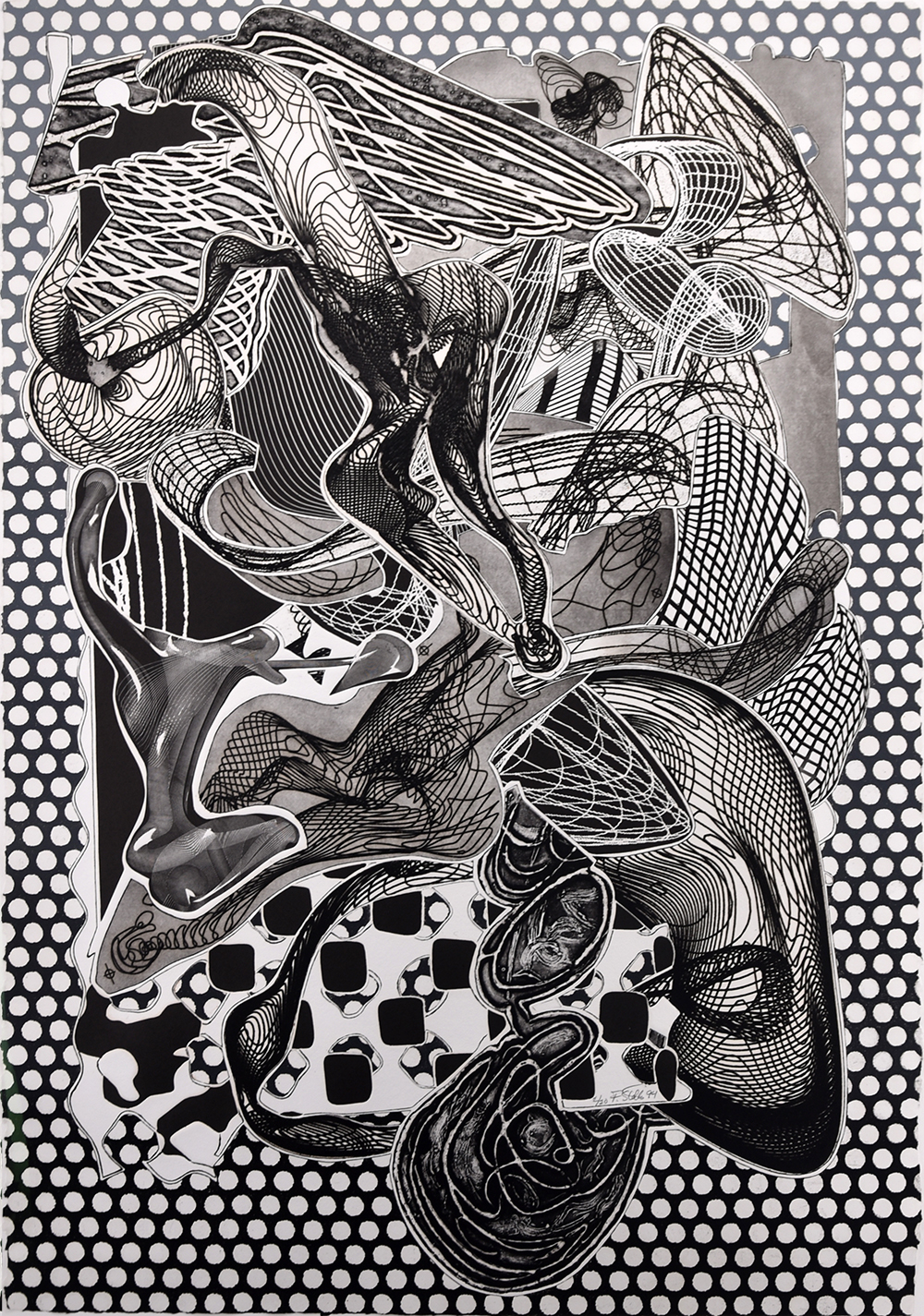 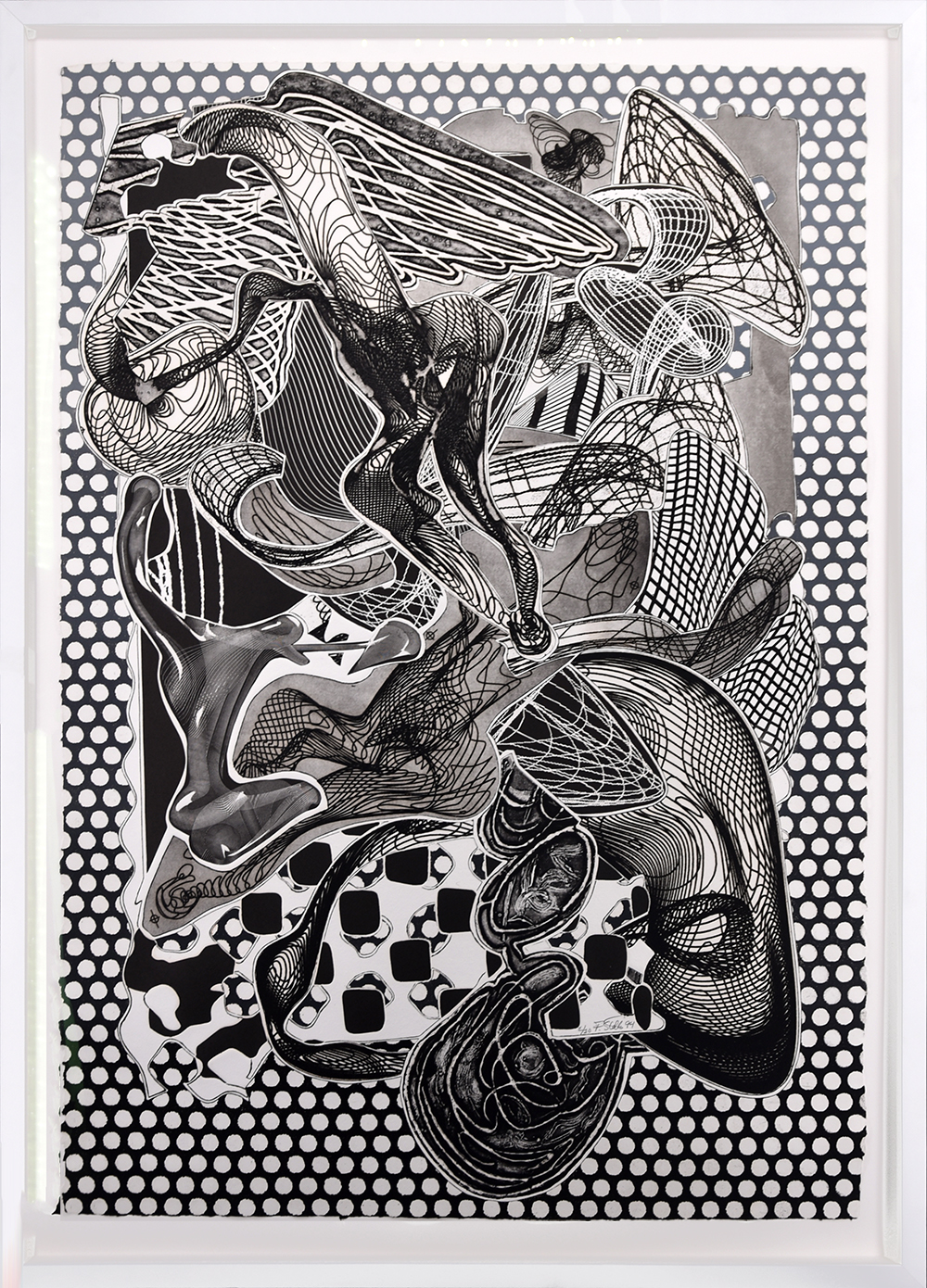 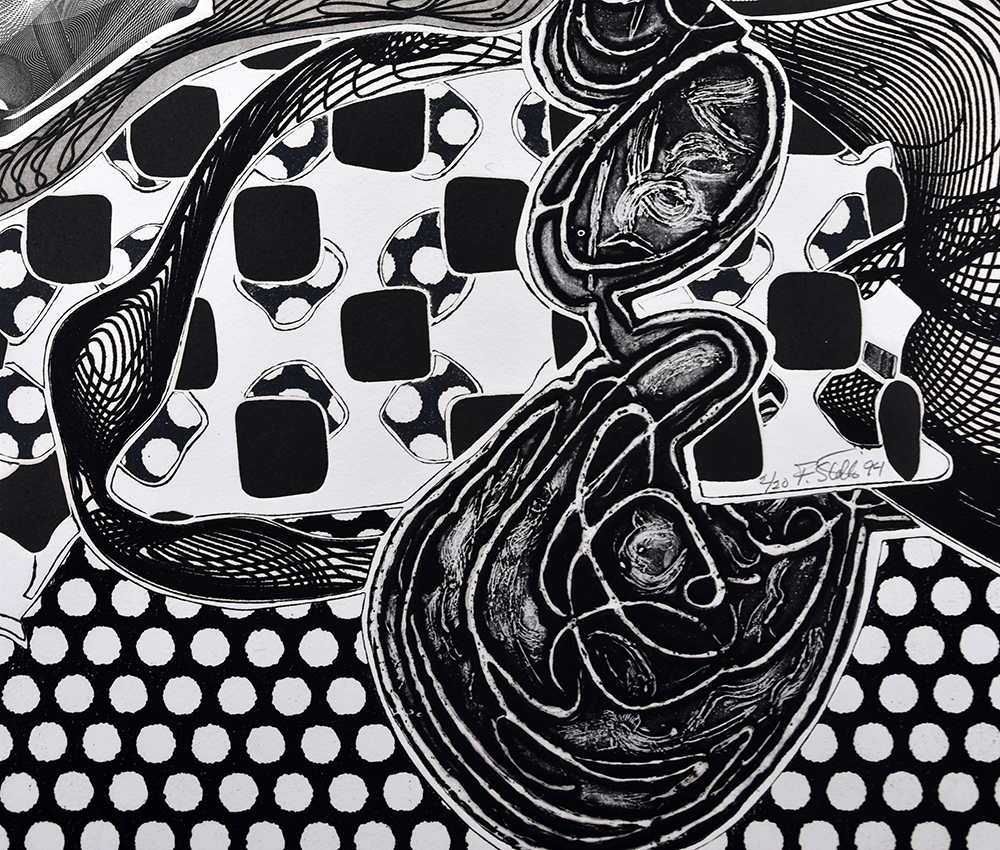 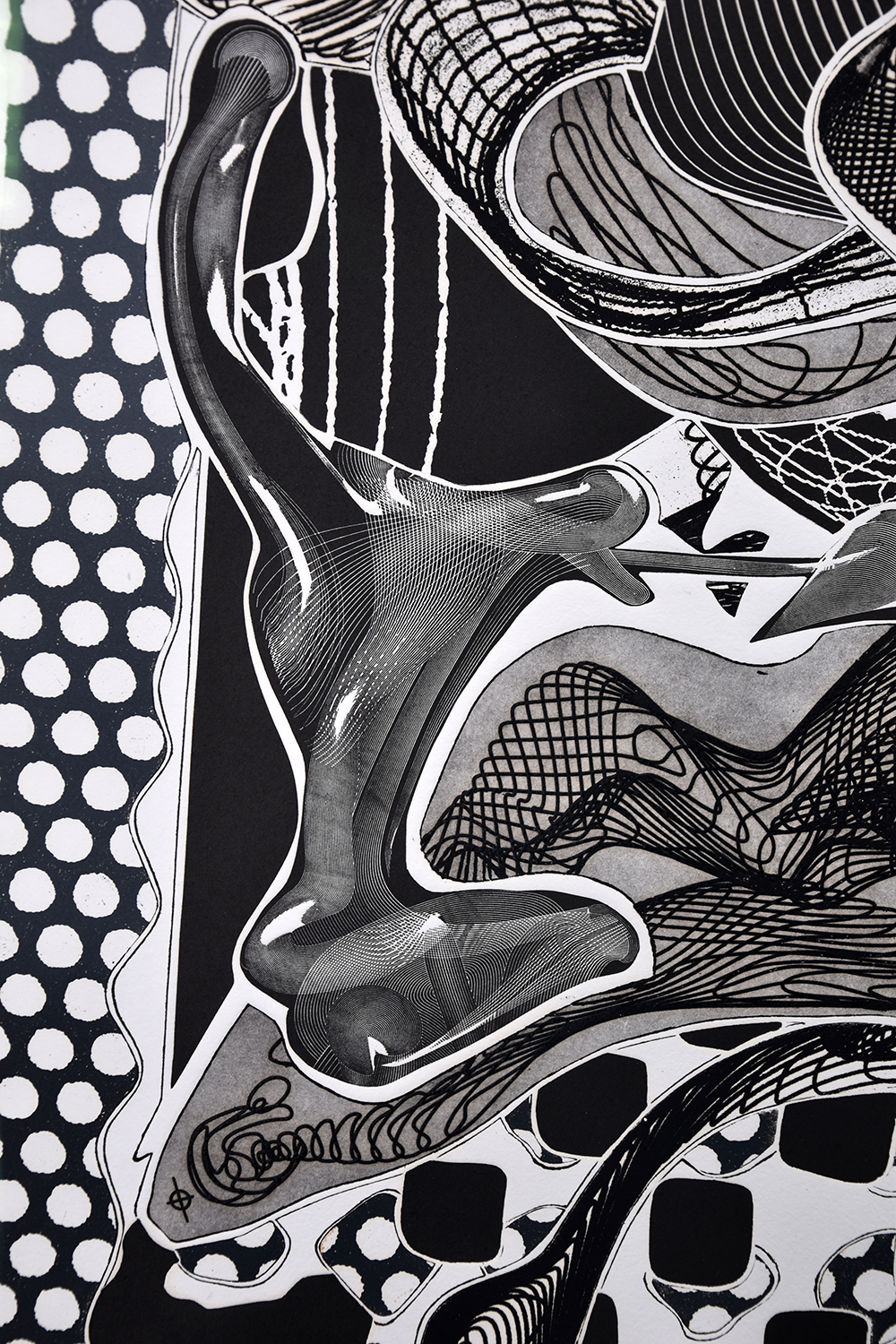 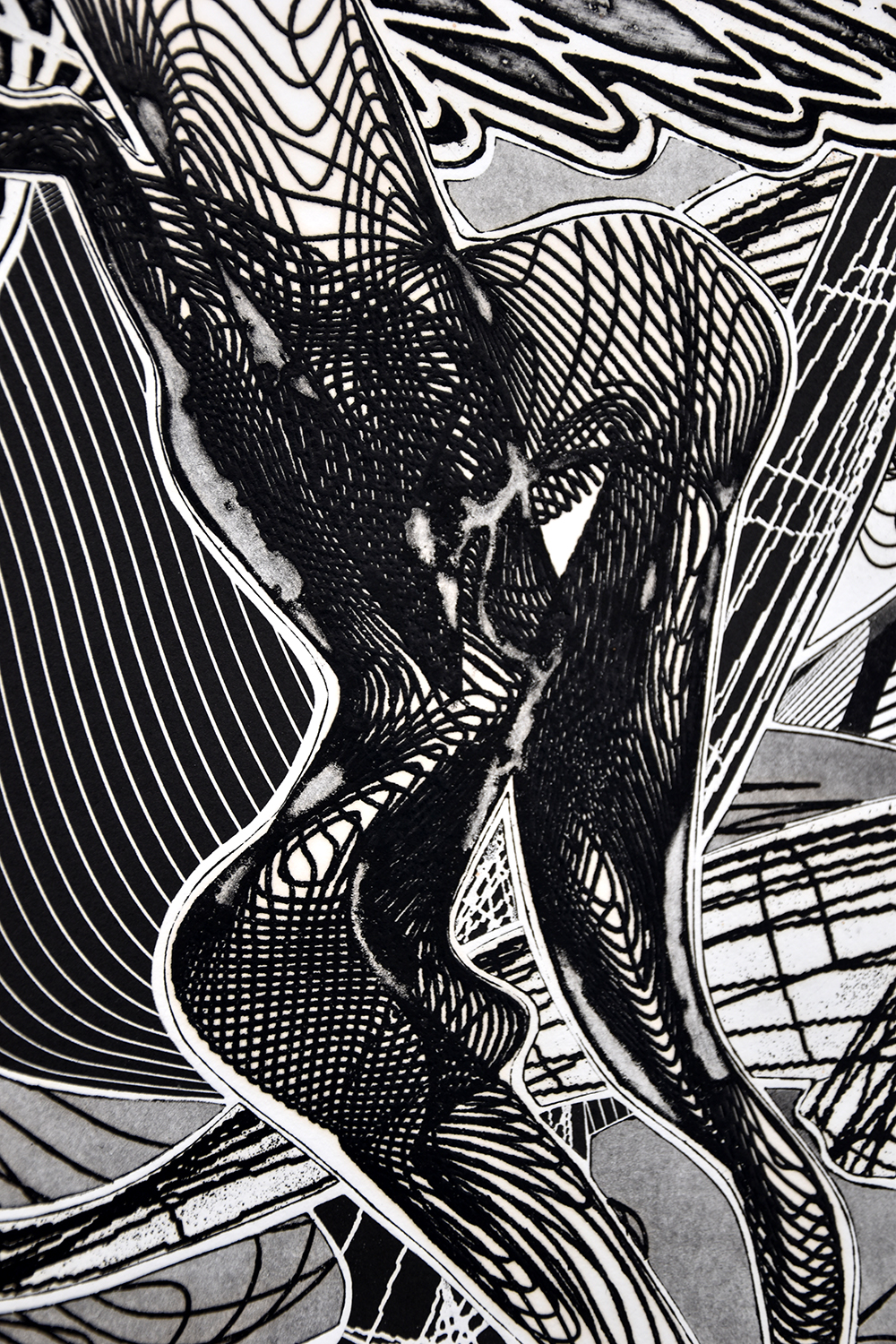 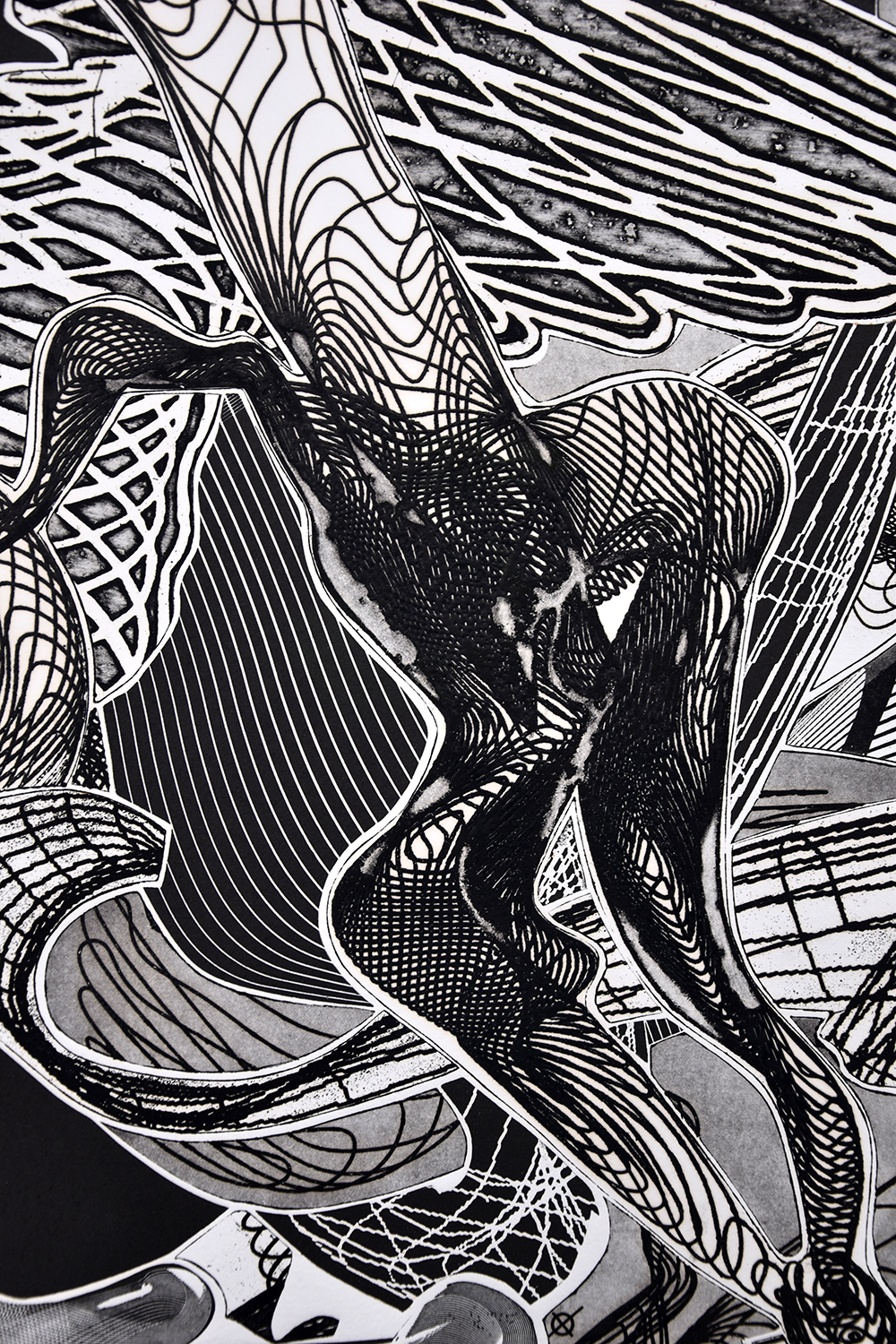 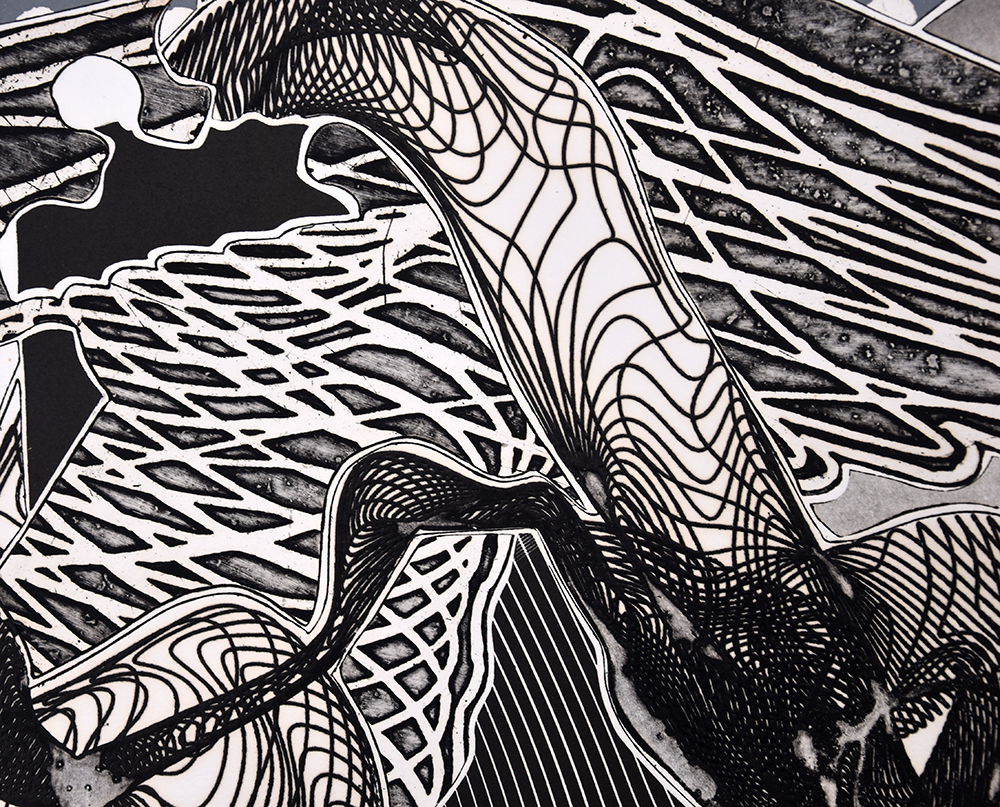 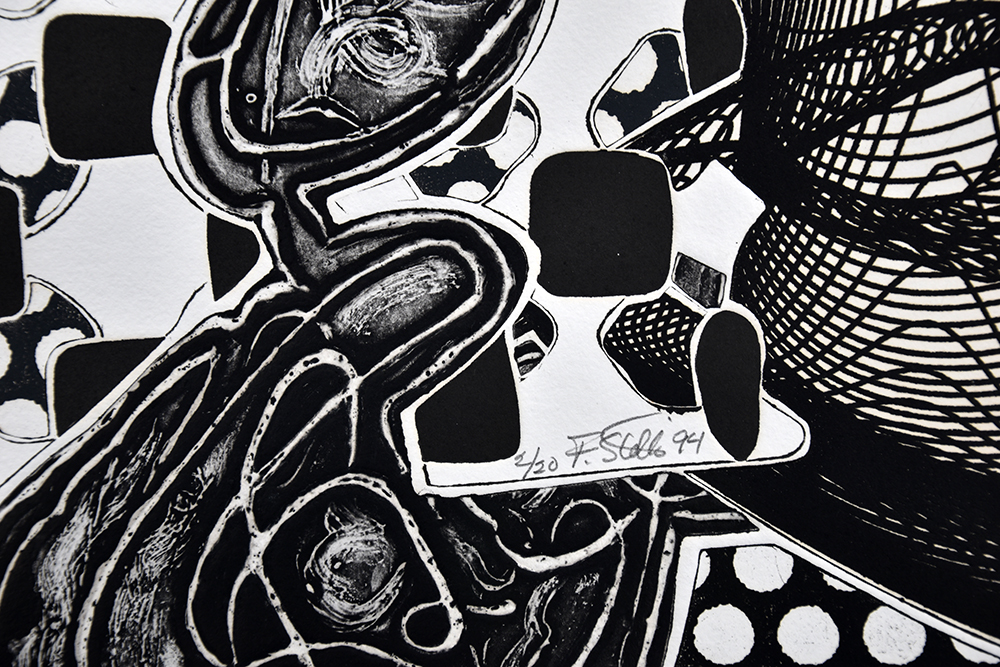 Frank Stella Riallaro (Black and White), from Imaginary Places Series, 1995 proves that even with a monochrome palette, Stella can conjure a consuming and infinitely complex world.  The remarkable visual richness comes in part from the numerous printing techniques combined into one image. Arranged from more than 80 different elements, including discarded metal plates from Stella's previous series , the work is teeming with textures. From crisp spiraling mesh grids to organic gradient washes, the composition builds on itself, with undulating layer upon layer creating an enormous sense of depth, as if the viewer could step into the pictorial space and be transported into a phantasmal, fantastic dimension.  The name of the work, taken from the Godfrey Sweven’s 1901 book “Riallaro: The Archipelago of Exiles” suggests a wonderous place beyond the limitations of our world. This eye-catching work gives the viewer a breathtaking view of the possibilities of that imaginary realm.

Created in 1995, Frank Stella Riallaro (Black and White), from Imaginary Places Series  is a screenprint, lithograph, etching, relief, aquatint, and collagraph on white TGL handmade paper. This work hand signed and dated by Frank Stella (Massachusetts,1936 - ) in pencil and numbered from the edition of 20 in pencil in the lower right margin. Published by Tyler Graphics Ltd., Mount Kisco, NY.

Catalogue Raisonné & COA:
Frank Stella Riallaro (Black and White), from Imaginary Places Series, 1995 is fully documented and referenced in the below catalogue raisonnés and texts (copies will be enclosed as added documentation with the invoices that will accompany the sale of the work).

About the Framing:
Framed to museum-grade, conservation standards, Frank Stella Riallaro (Black and White), from Imaginary Places Series, 1995 is presented in a complementary moulding and finished with silk-wrapped mats and optical grade Plexiglas. 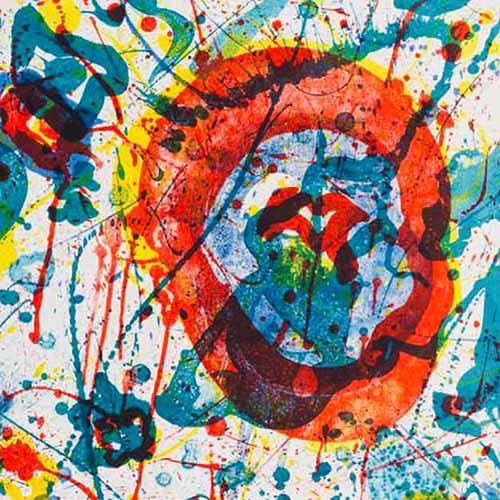