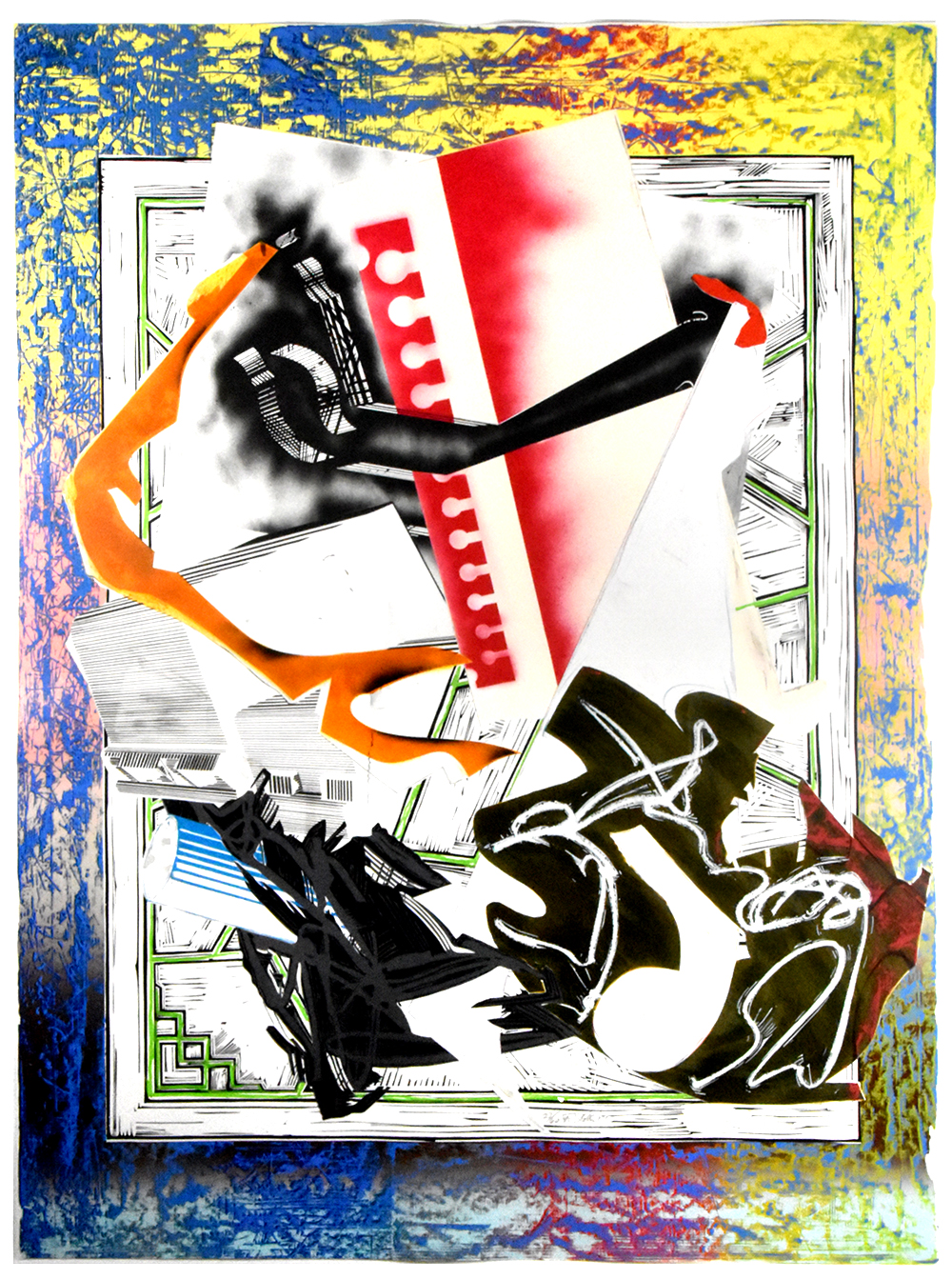 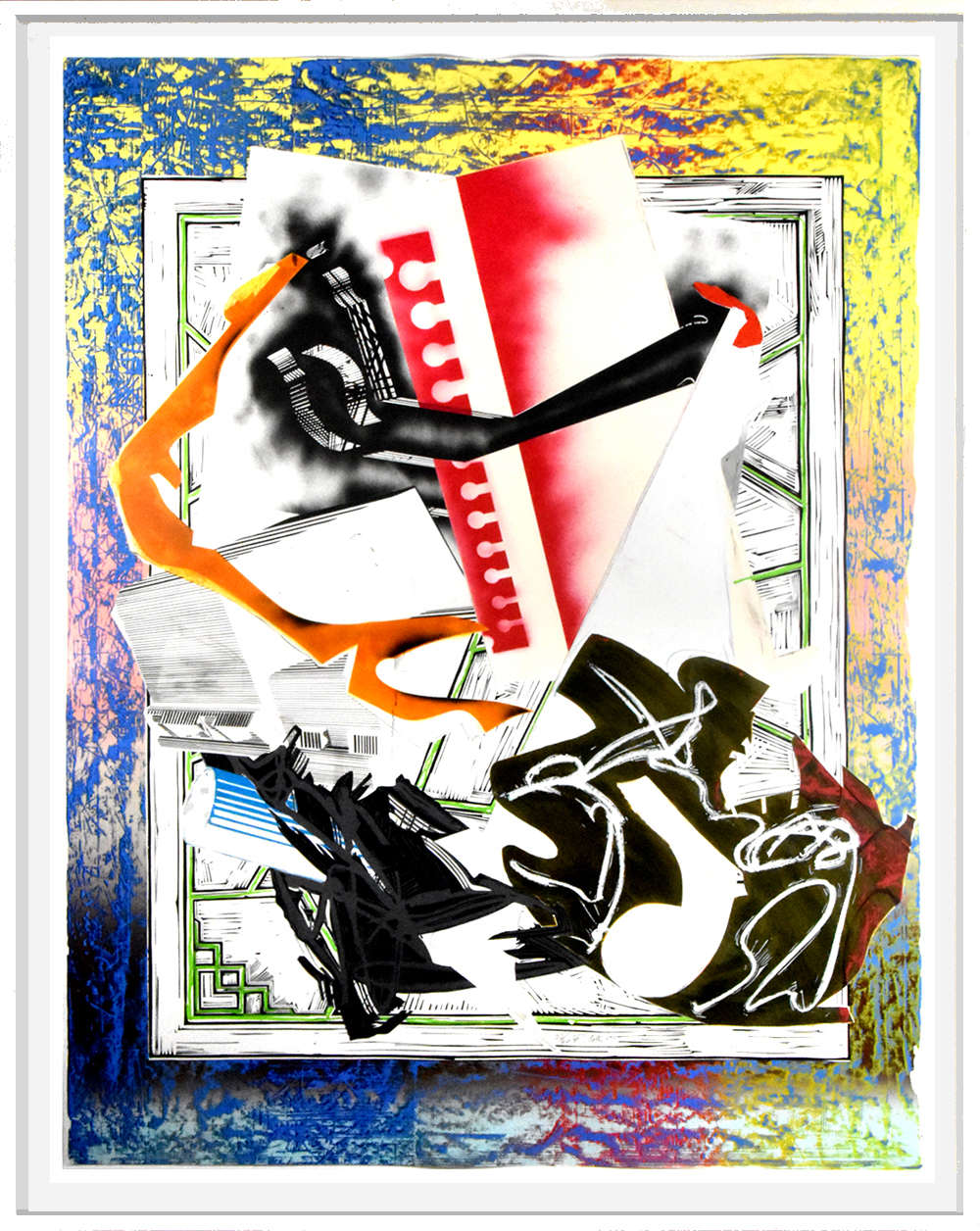 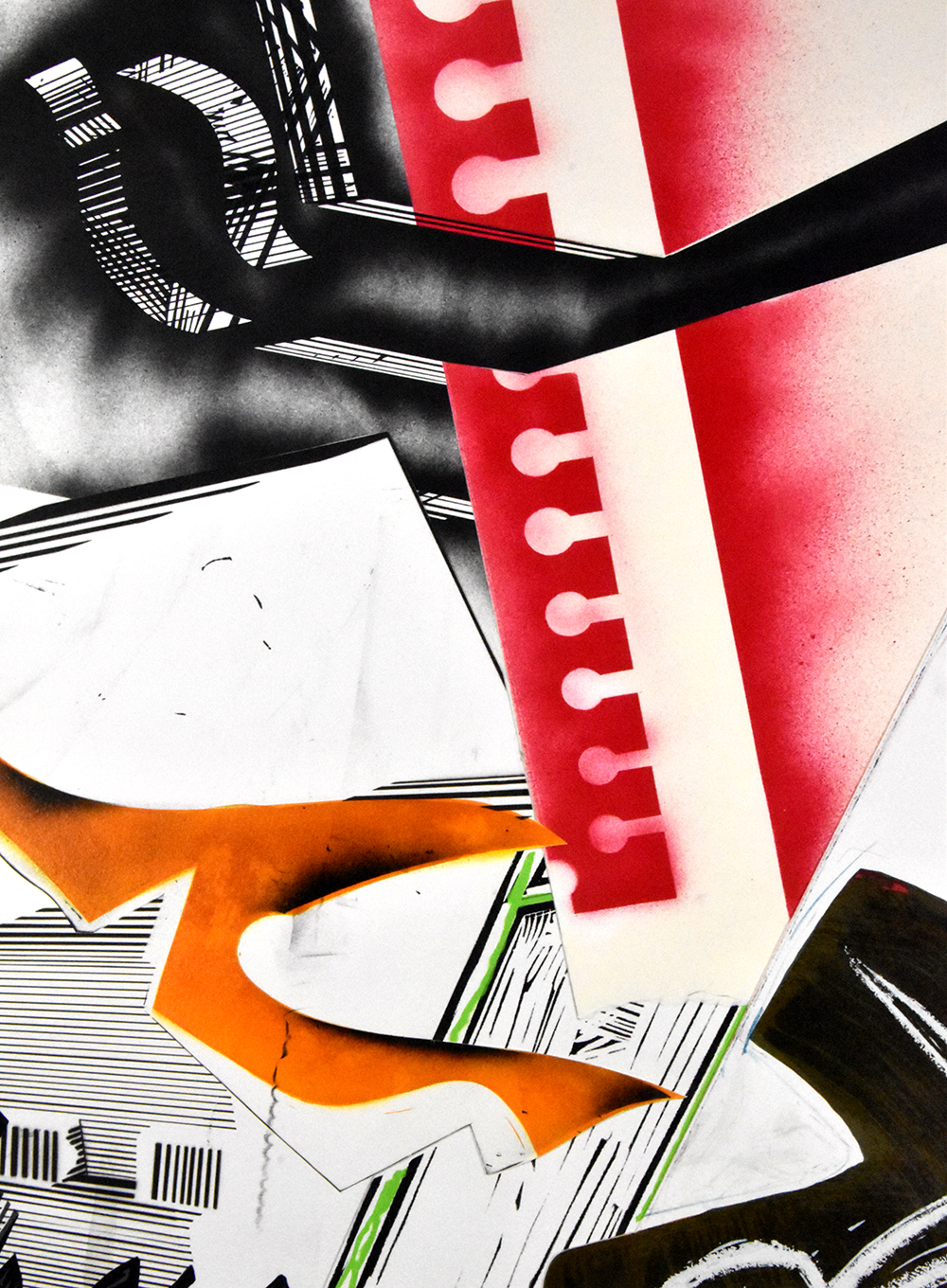 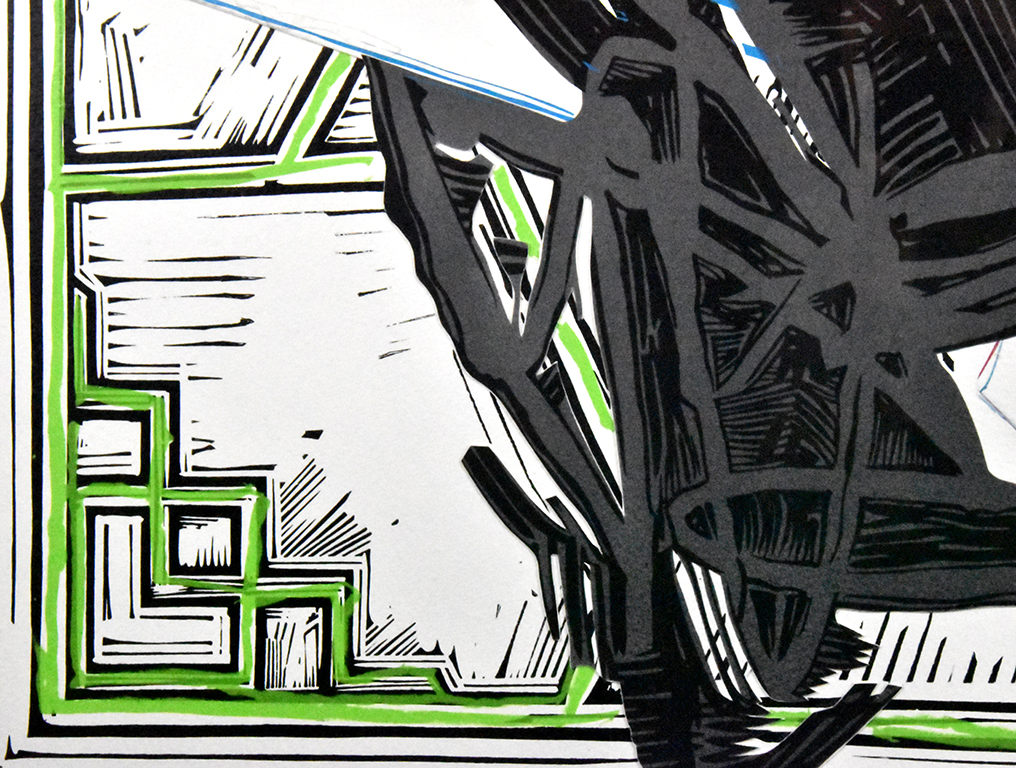 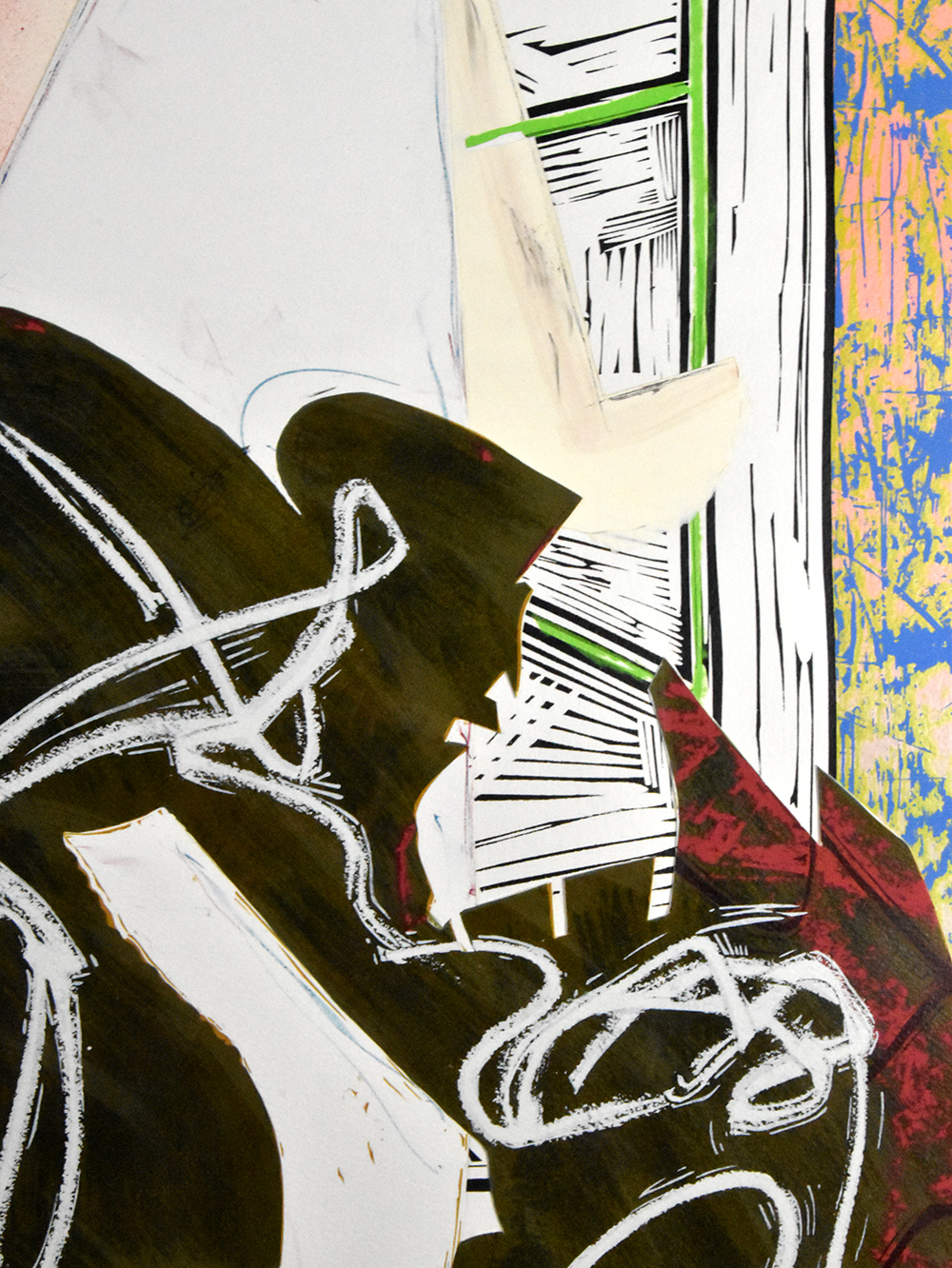 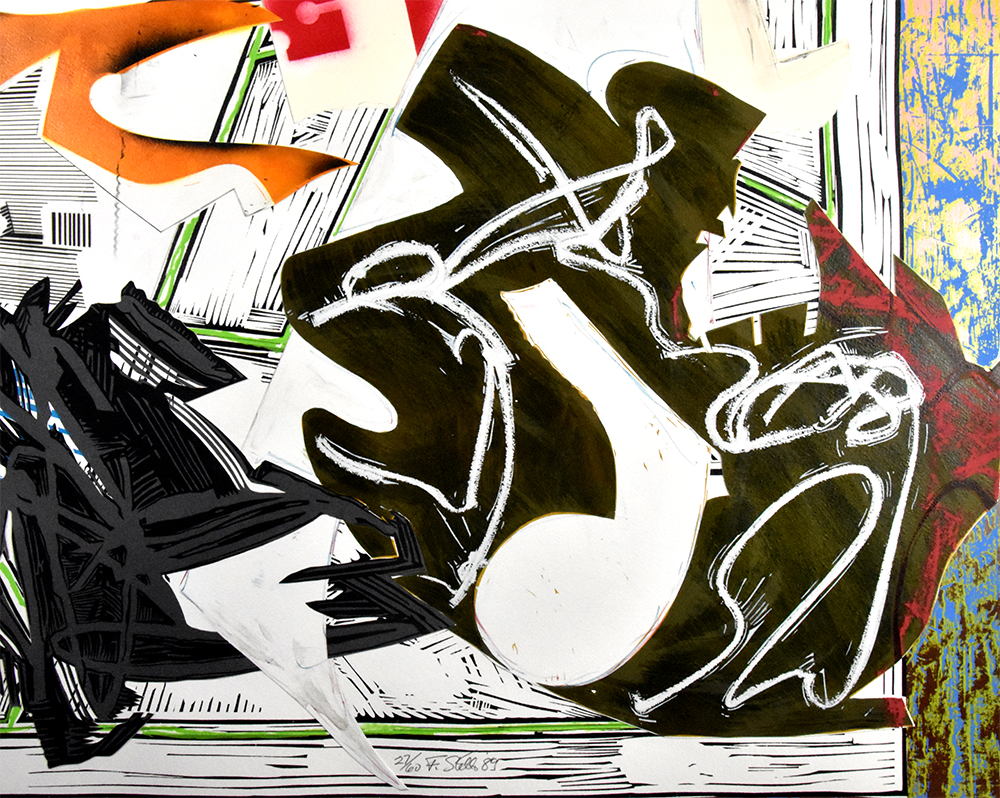 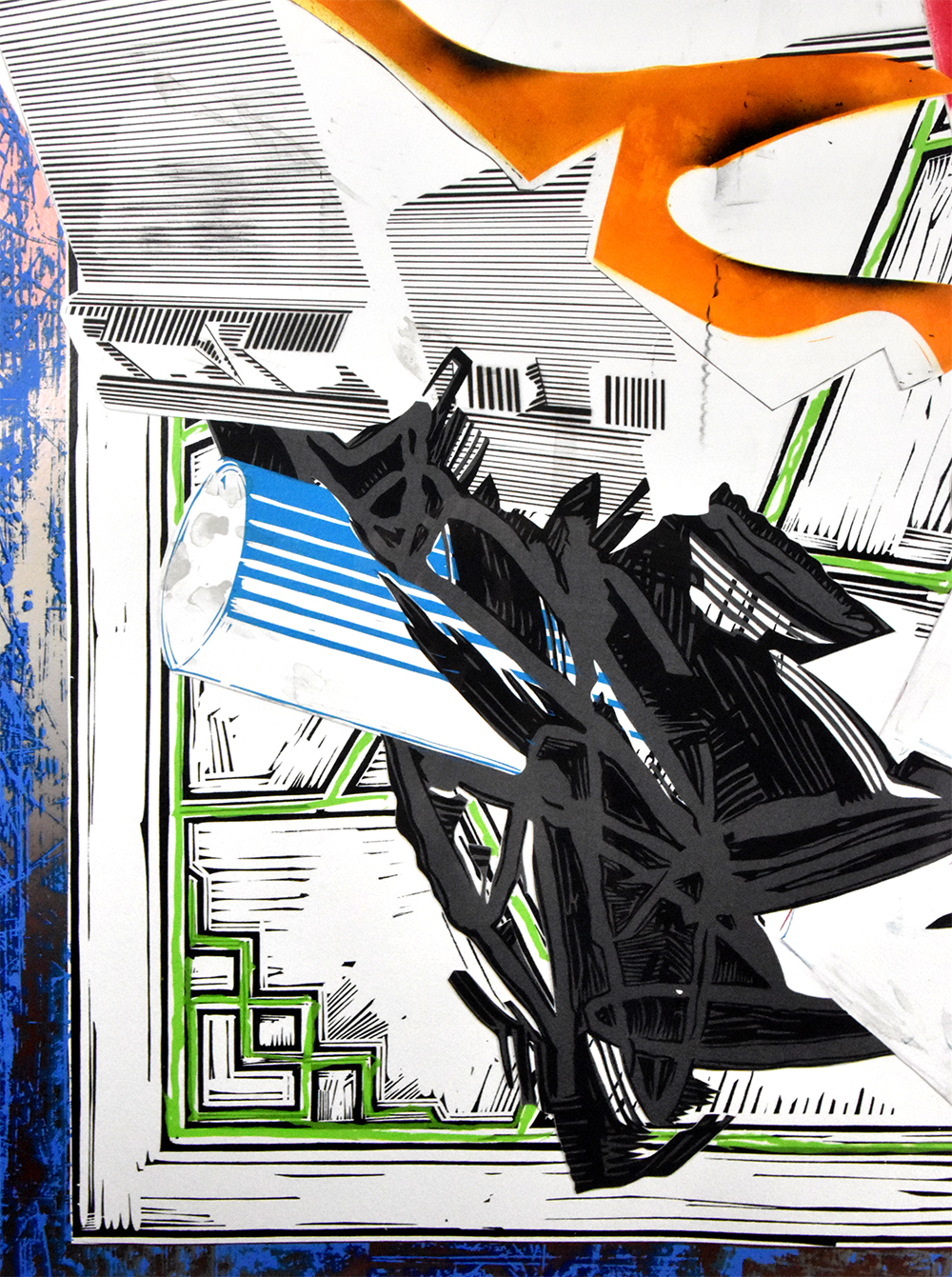 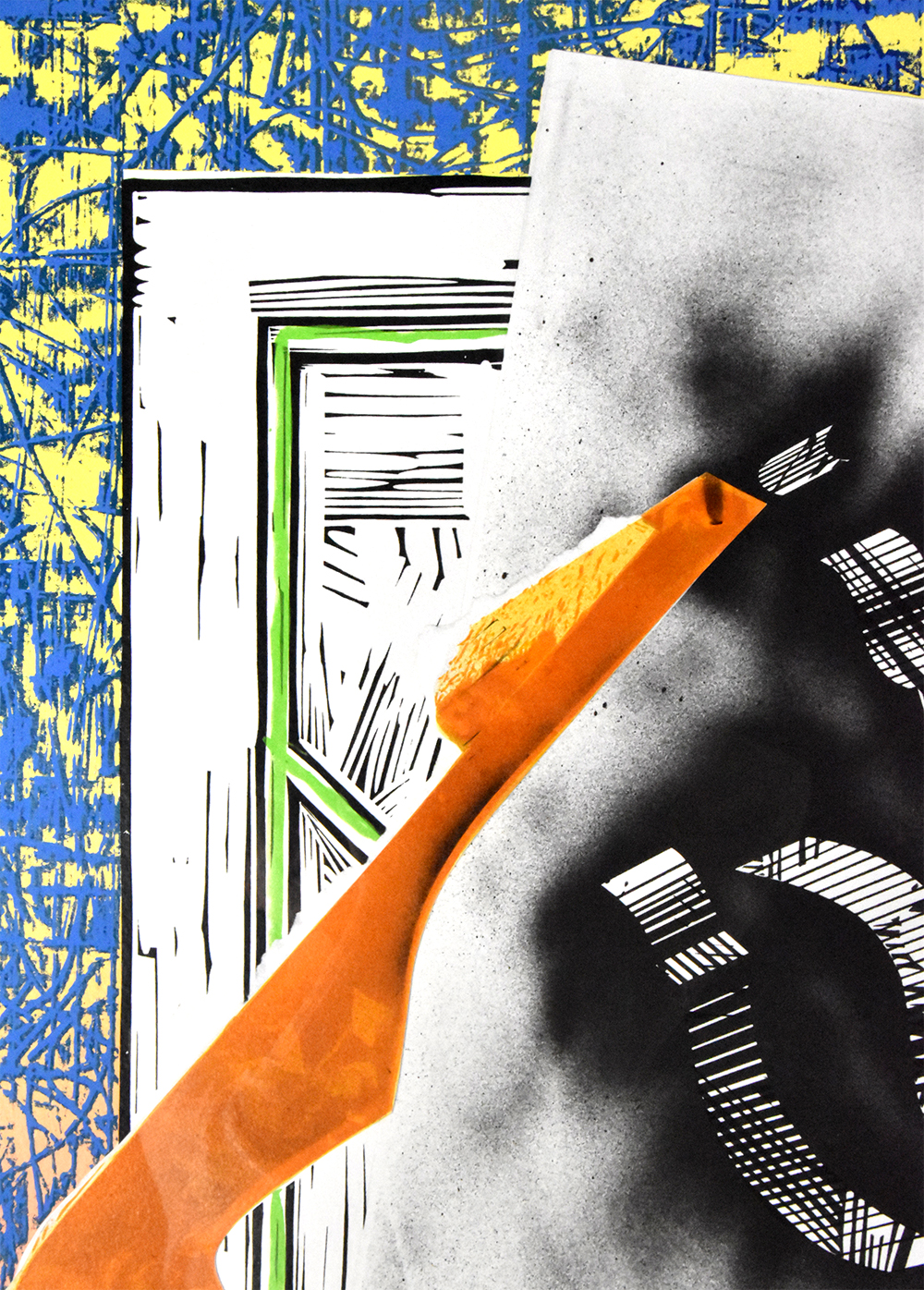 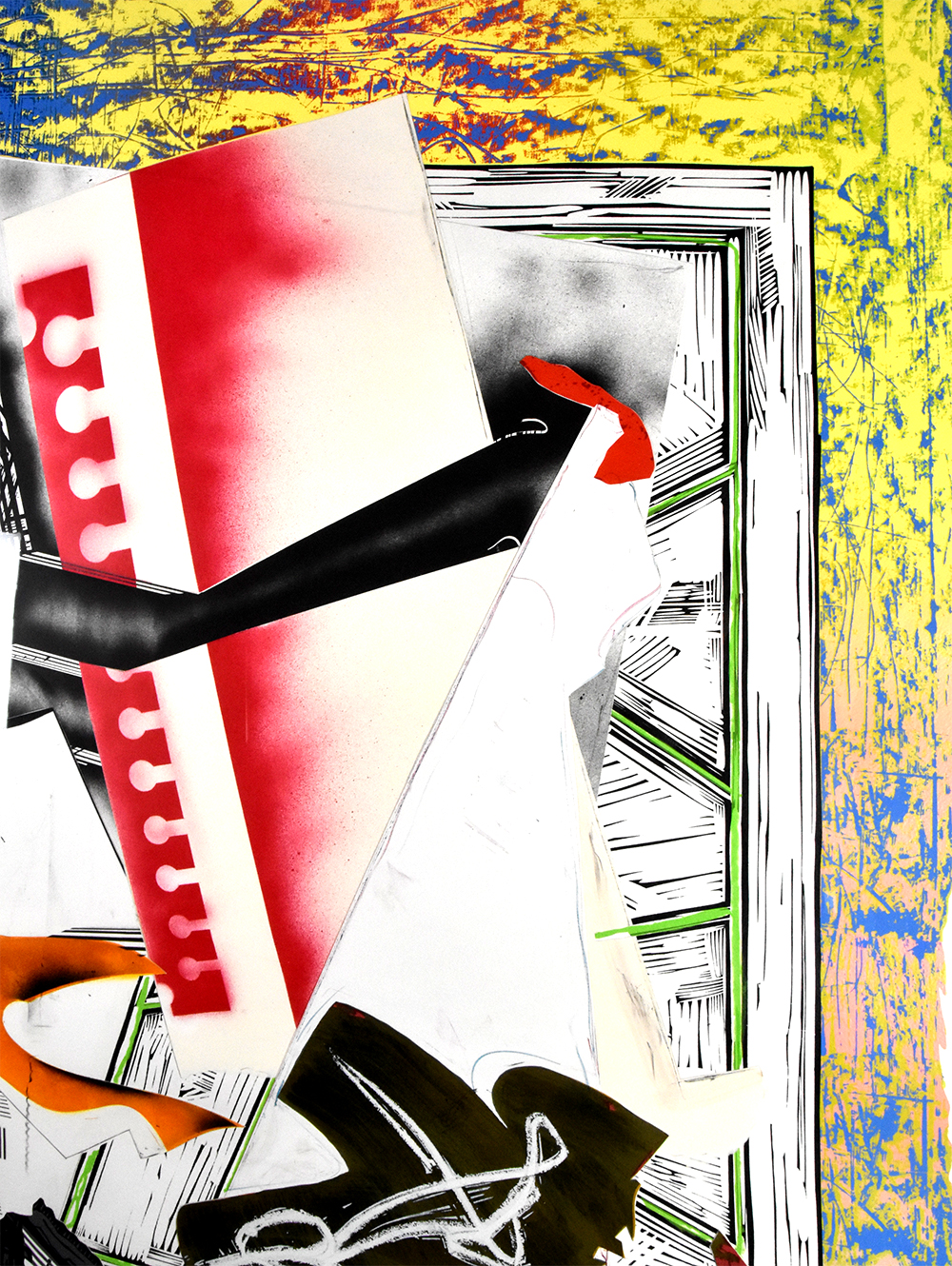 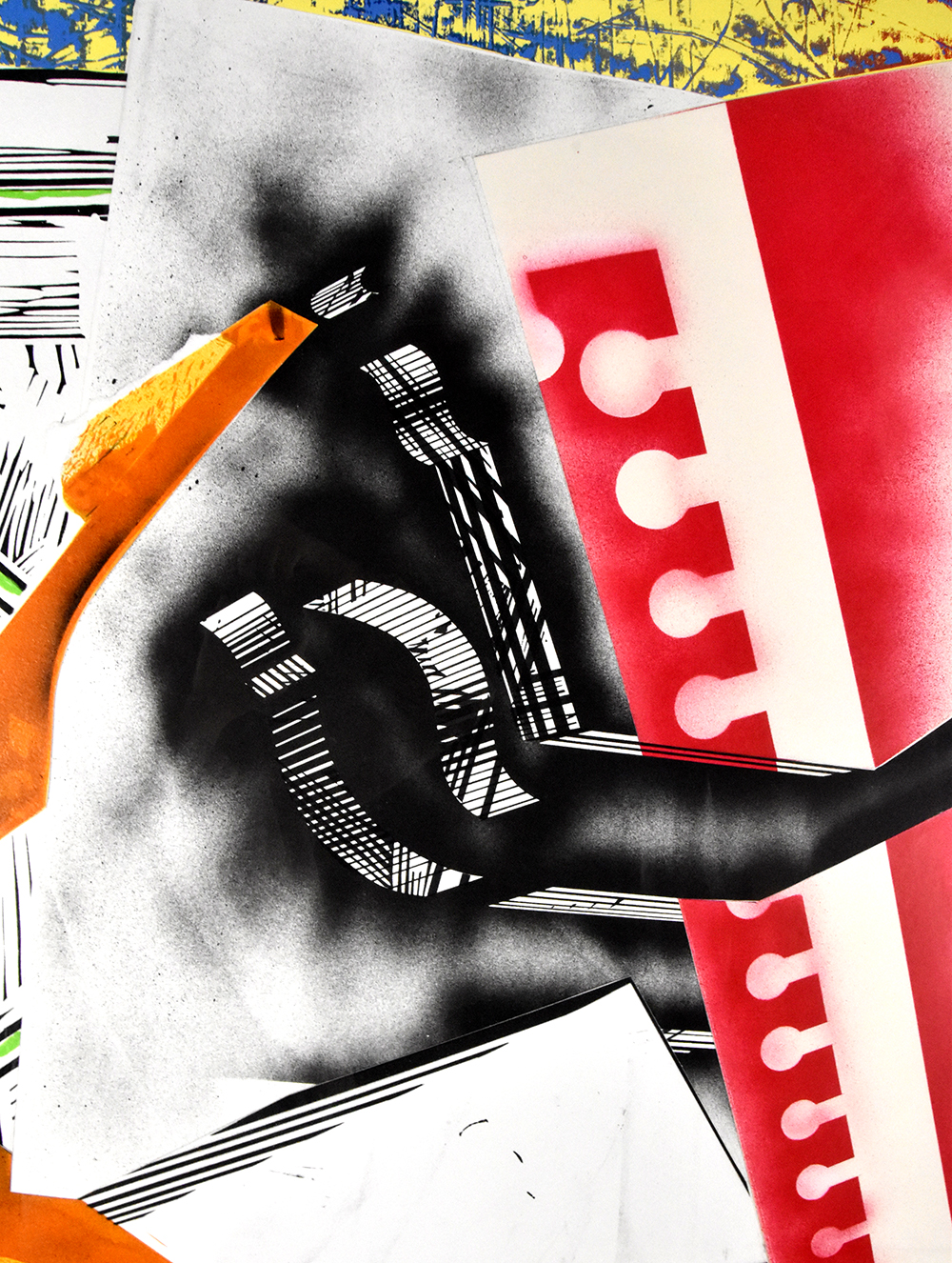 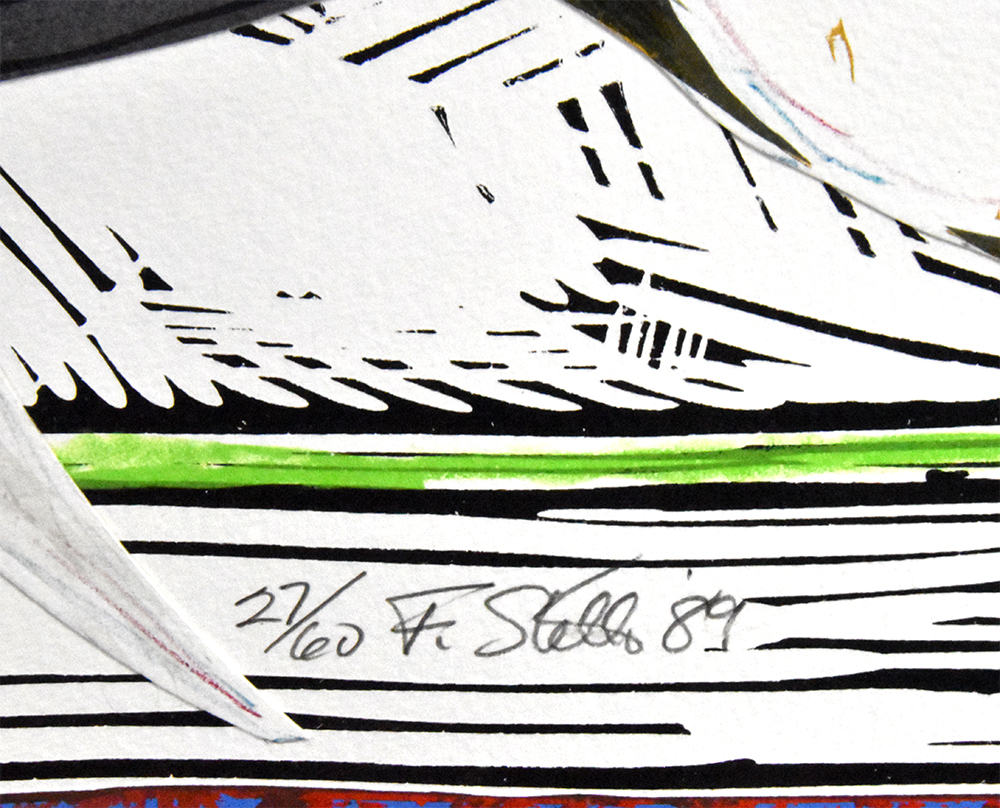 Frank Stella’s Going Abroad (From The Waves Series), 1989 recalls the post-painterly abstraction that has become a hallmark of Stella’s style. This screenprint demonstrates the artist’s innovative approach to his artworks. Though the individual pieces of this image are flattened, their colors and presence create a sense of three-dimensionality. Each screenprint from The Waves series shares a title with a chapter of Herman Melville’s acclaimed novel Moby Dick. “Going Abroad” refers to chapter twenty one in the novel, in which the ship, Pequod, is preparing to sail. In the novel, this scene heightens the mystery surrounding Ahab, the captain of Ishmael’s ship.

Stella’s multimedia print and collage is an abstraction inspired by the events of the chapter. The border of this print is colored in vibrant rainbow hues of yellow, pink, blue and orange. In the center, a rectangular form beautifully frames a mass of interlacing shapes in the center. These geometric forms recur in Stella’s body of work. For instance, in the bottom left, a pillar that resembles the shapes seen in the Pillars and Cones series subtly juts out. Details such as this intrigue the viewers to look closer in order to discern other clues the artist may have hidden in this artwork. Most importantly, this artwork presents a quintessential example of Stella’s artistic language.

Catalogue Raisonné & COA:
Frank Stella Going Abroad (From The Waves Series), 1989 is fully documented and referenced in the below catalogue raisonnès and texts (copies will be enclosed as added documentation with the invoices that will accompany the sale of the work).

1. Axsom, Richard H. The Prints of Frank Stella: A Catalogue Raisonné. New York: Jordan Schnitzer Family Foundation, 2016. Listed and illustrated as catalogue raisonné no. 196.
2. A Certificate of Authenticity will accompany this artwork.

About the Framing:
Framed to museum-grade conservation standards, Frank Stella Going Abroad (From The Waves Series), 1989 is presented in a complementary moulding with silk mats and optical-grade Plexiglas.