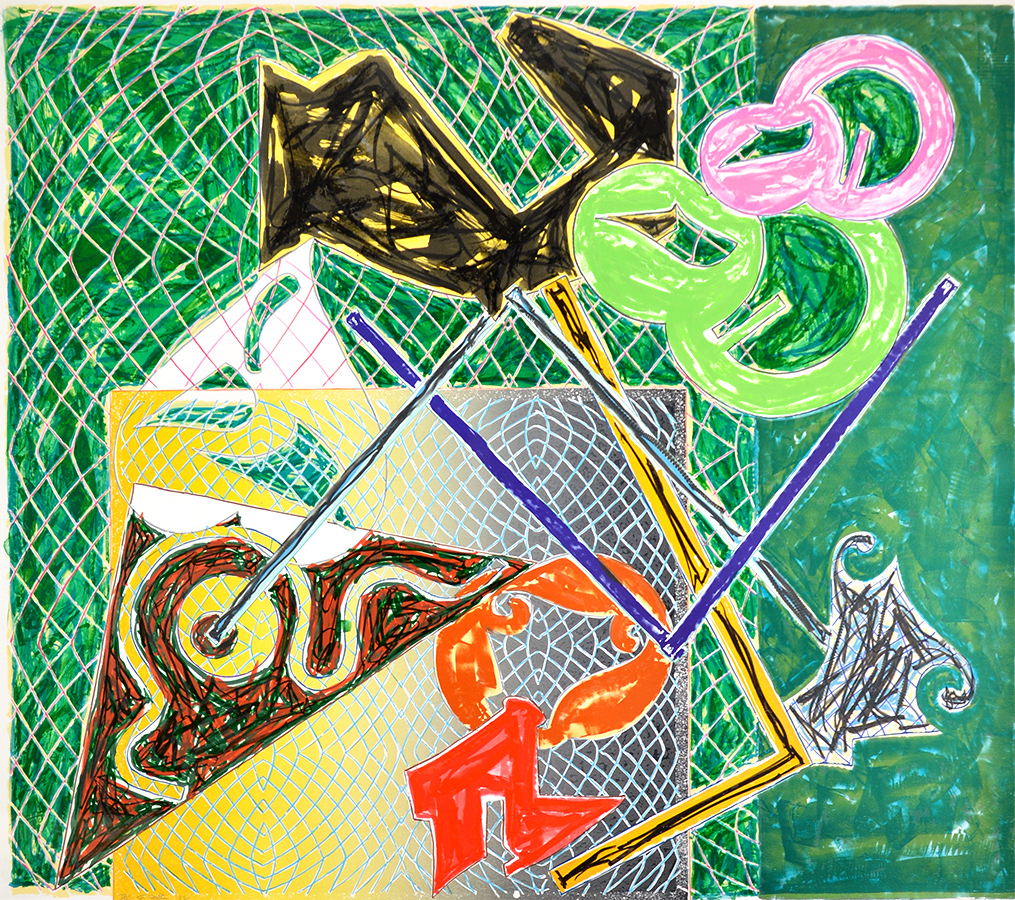 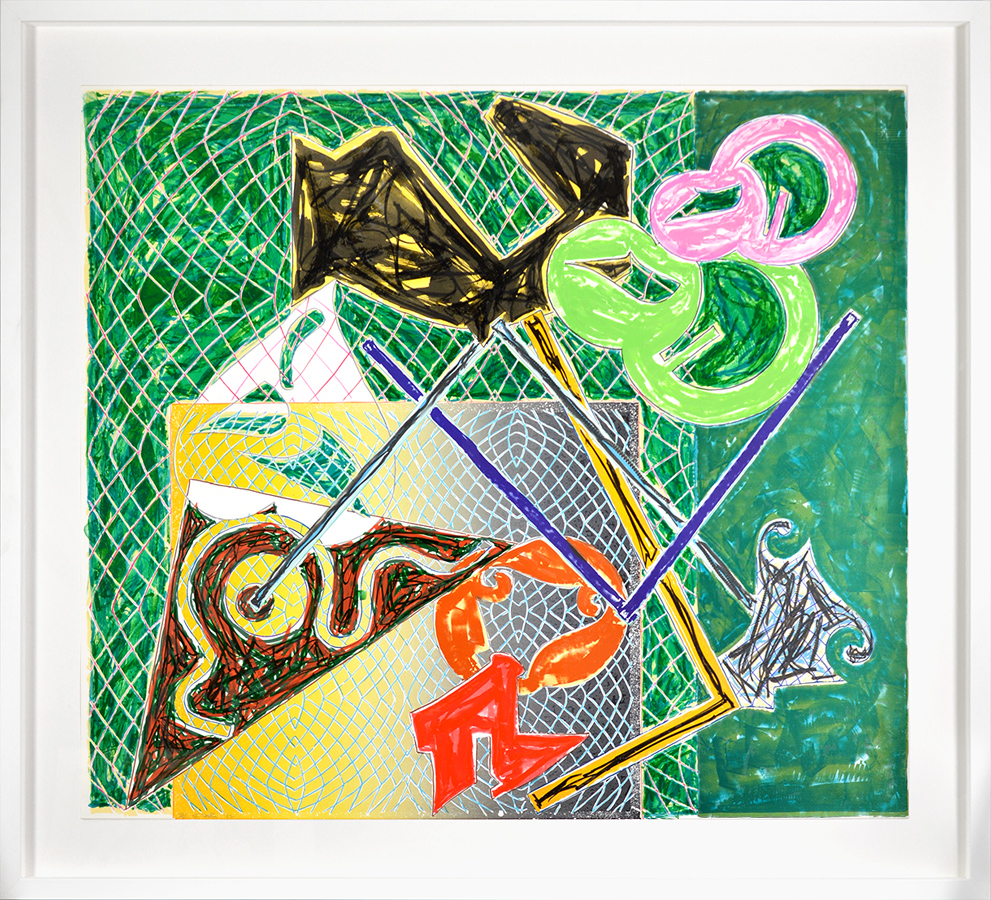 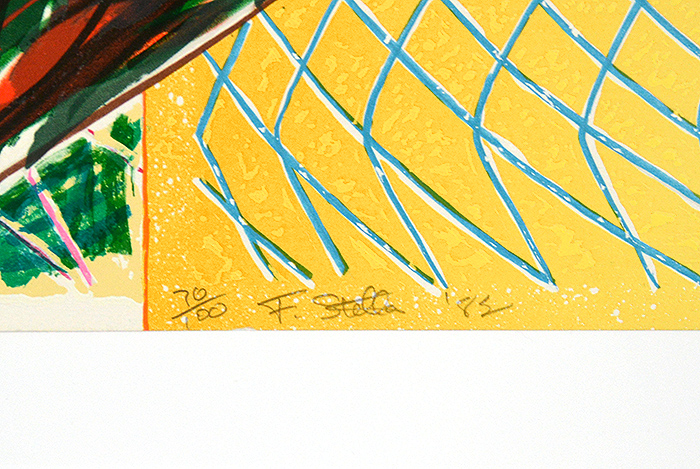 In this vibrant work, multicolored forms are placed against a wonderful background of lush, emerald green. The geometric grids and lines tempt viewers to gaze closer, beyond what is readily apparent. The colors contrast against each other wonderfully, allowing each shade to equally occupy the gaze. The striking curves and serpentine forms truly allow Stella’s abstract imagery to come to life. Stella divides the composition into two main parts, with three quarters of the image covered in in intricate geometric patterns, and layered shapes with both curved and straight edges. The right quarter, which is much smaller features a background of a dense green stripe. In comparison, the right portion is calmer and more serene, a foil the erratic neighbor on the left. However, upon a closer look, the green ground is richly complex, drawn with thick overlapping expressionistic marks, in a different shades of blue and green.

The fifth of five works from the series Shards, this magnificent, large-scale color lithograph and screenprint exemplifies Stella’s true innovation as a printmaker.  This work was influenced by paper cutouts of shapes as well as grid systems that had appeared in Stella’s prior paintings.  Aptly titled Shards, this print depicts fragments of former objects. Richard H. Axsom points out the re-occurring images in this work that are amongst Stella’s favorite motifs:  French curves, “cookie cutouts,” the serpentine and heart shaped forms, as well as the pantograph, a draftman’s device for duplicating and enlarging forms (p. 238). Axsom continues to state of this series, “In Shards, the staccato rhythms of floating eccentric shapes, reminiscent of Kandinsky’s biomorphic abstraction of the 1930s, create a series that is whimsical and jazzy” (p.238).

Stella Shards V , 1982 fully documented and referenced in the below catalogue raisonnès and texts (copies will be enclosed as added documentation with the invoices that will accompany the final sale of the work).