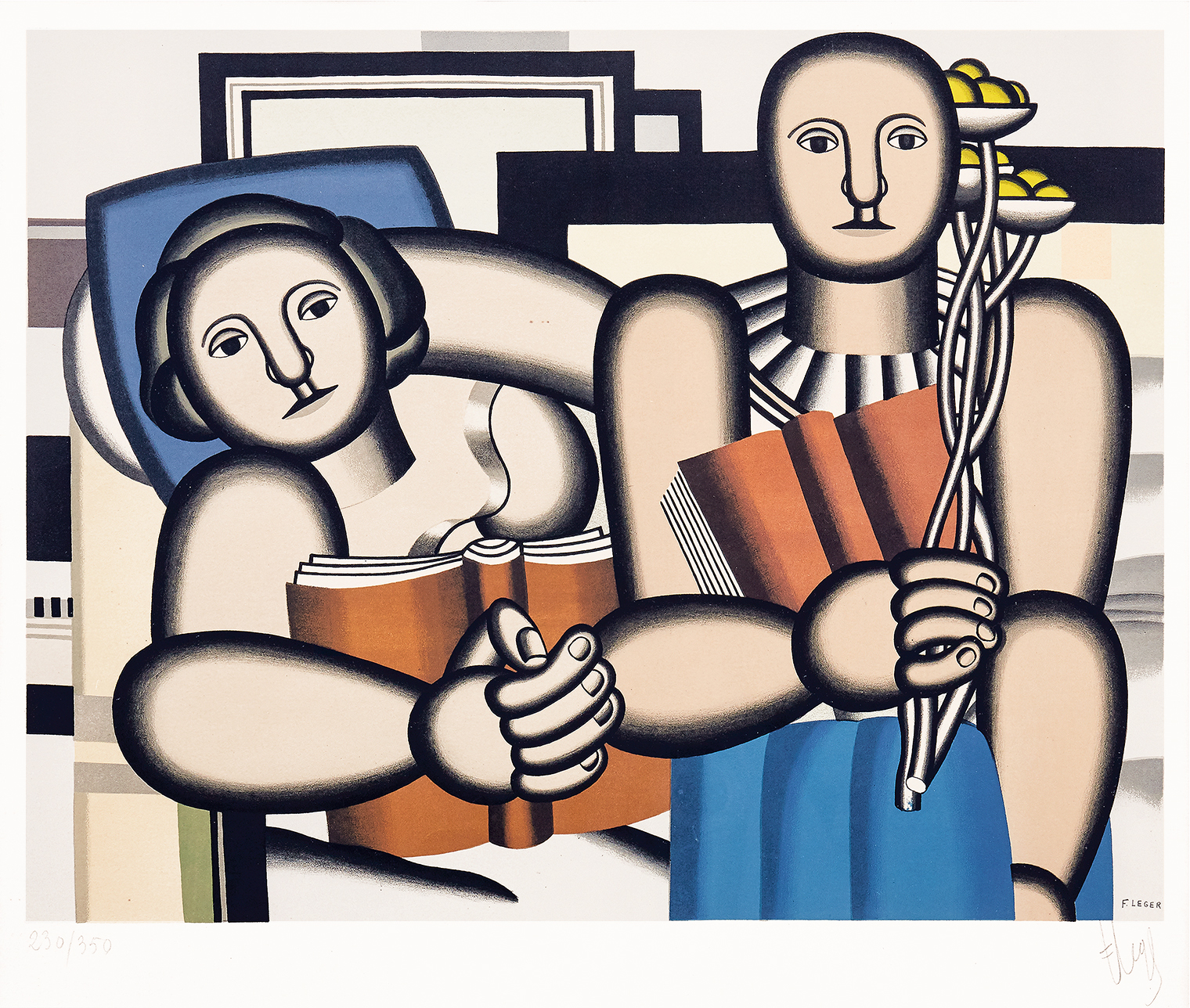 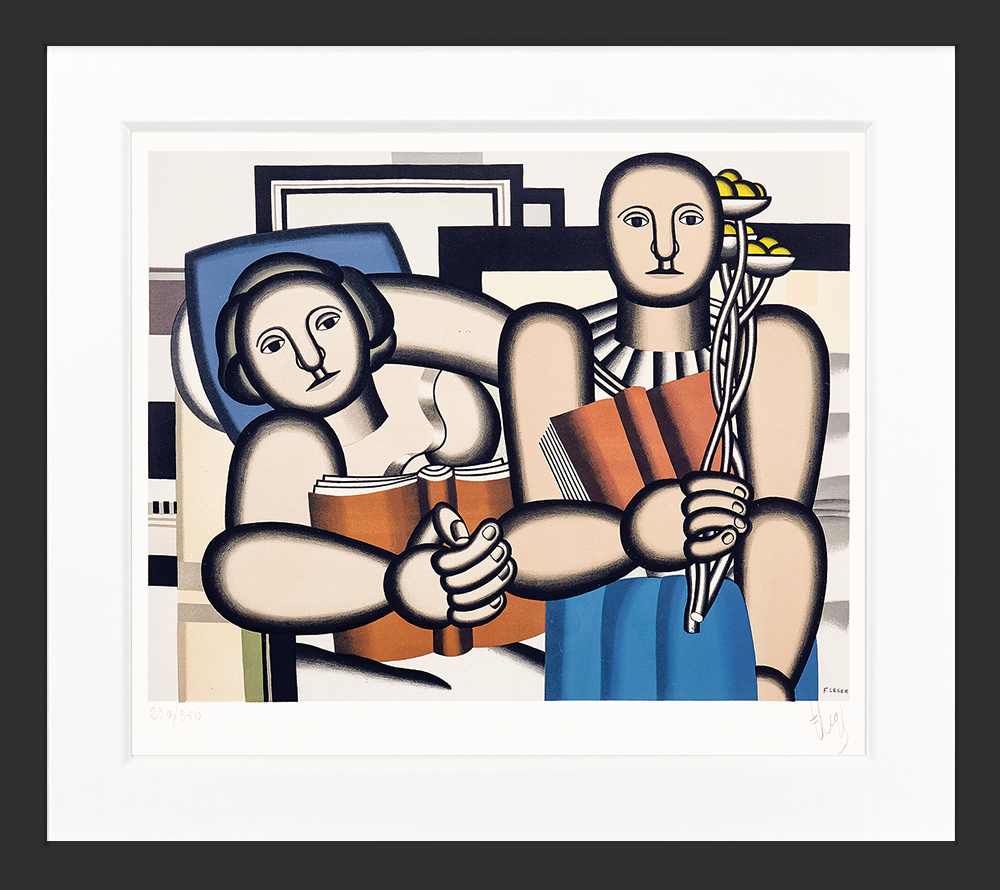 Two geometric female figures gaze out at the viewer, books in hand. The figure on the left lounges, grasping an open book, yet does not look down to read but rather stares out towards the viewer. The more symmetrical, bald figure on the right stands at a harsh vertical with her book to her chest. This "bald" female subject was the source of much criticism for Léger, yet he refused to place hair upon her head. Gilles Néret states, "The anecdote of the "bald" woman in The Reader, the 1924 painting, is significant because it comes at a turning point in Léger's artistic life. The period during which he was preoccupied uniquely by the isolation of objects, the human body included, and the focus on volumes and contrasts, was on the verge of becoming a new period in which his characters would start to live, do things (read, for instance), be reflective, and dream, rather than be round, soul-less forms stuck to a rigid geometric background" (p. 183).

Catalogue Raisonné & COA:
Fernand Léger La Lecture (The Reader), c. 1953 is fully documented and referenced in the below catalogue raisonnés and texts (copies will be enclosed as added documentation with the invoice accompanying the final sale of the work).

About the Framing:
Framed to museum-grade, conservation standards, Fernand Léger La Lecture (The Reader), c. 1953 is presented in a complementary moulding and finished with silk-wrapped mats and optical grade Plexiglas.