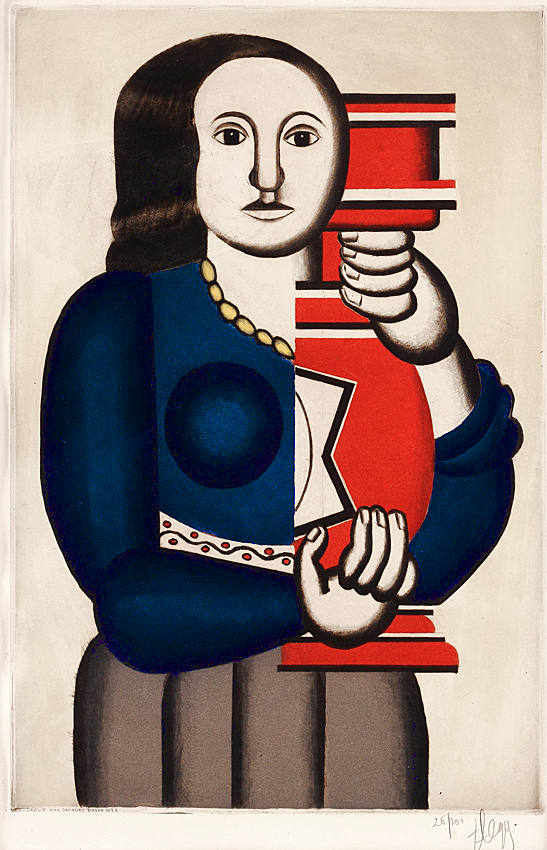 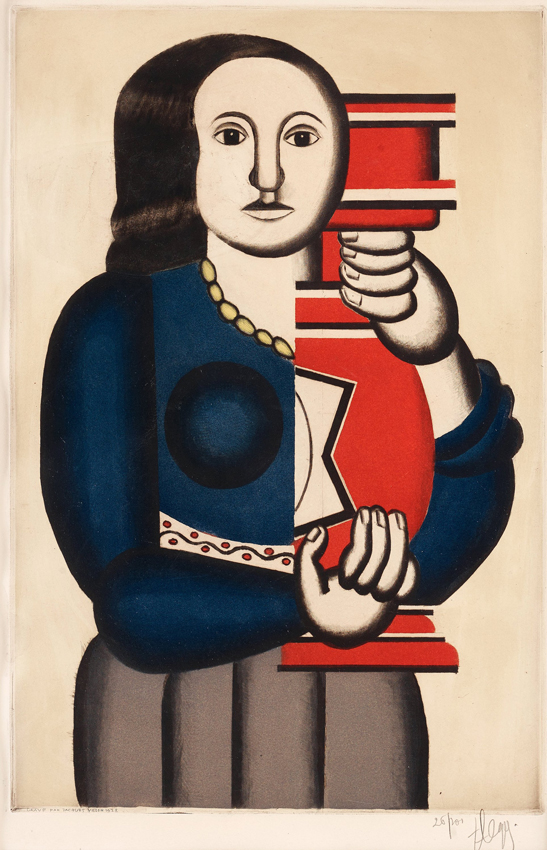 Exhibited for the first time in 1928 at Galerie Bernhiem-Jeune, Paris, this work was published by Bernheim-Jeune and printed under the direction of Villon. Assuming a pose resembling a Grecian goddess, the subject appears devoid of individual characteristics. Leger has removed all flaws, creating a pristine image defined by silken black hair and a curvaceous torso. Adding further visual intrigue to the image, Leger bifurcates the perspective of the image allowing the vase to dominate both the foreground and background of the image.

"His need to use the face as just one among many elements made it impossible for him to treat it any other way than as a decorative object, regardless of how much this displeased people. Leger did not want to be dominated by the subject. A break with sentimental painting was the only way for him to create a beautiful object on the canvas. He had his "professional conscience" to reckon with, just as the early masters did" (Neret, 181).

CATALOGUE RAISONNÉ & COA:
This work is fully documented and referenced in the below catalogue raisonnés and texts (copies will be enclosed as added documentation with the invoices accompanying the final sale of the work):

ABOUT THE FRAMING:
This work is framed to museum-grade, conservation standards, presented in a complimentary moulding and finished with silk-wrapped mats and optical grade Plexiglas.