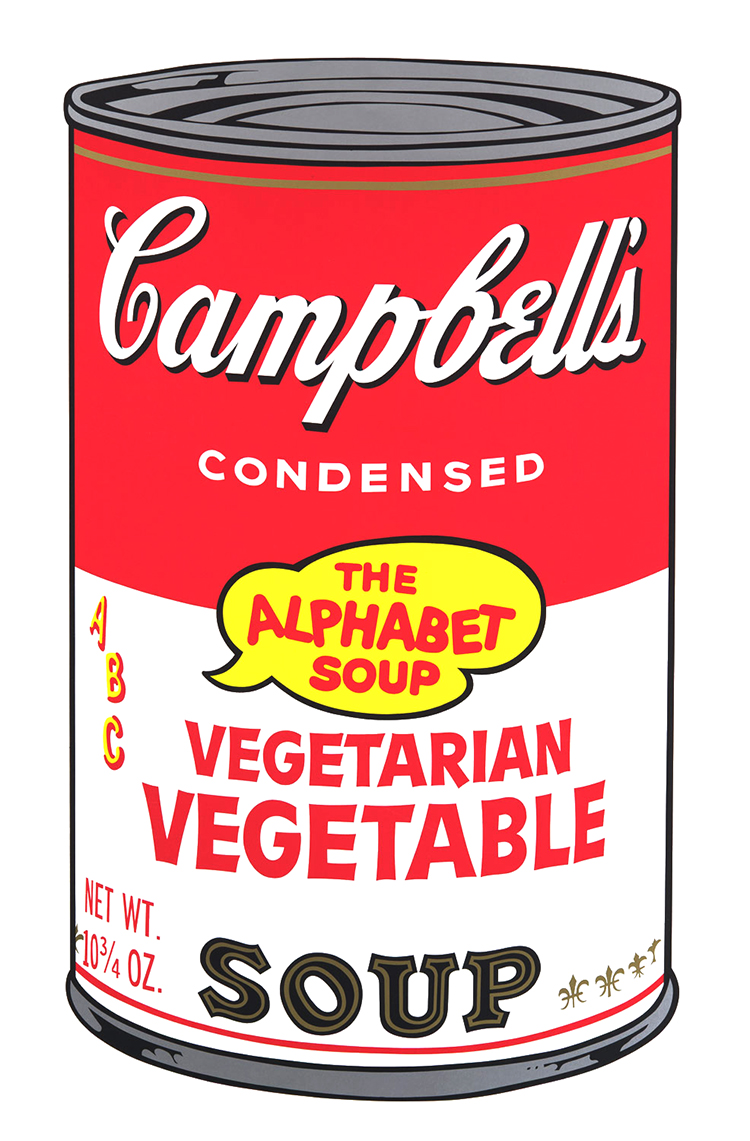 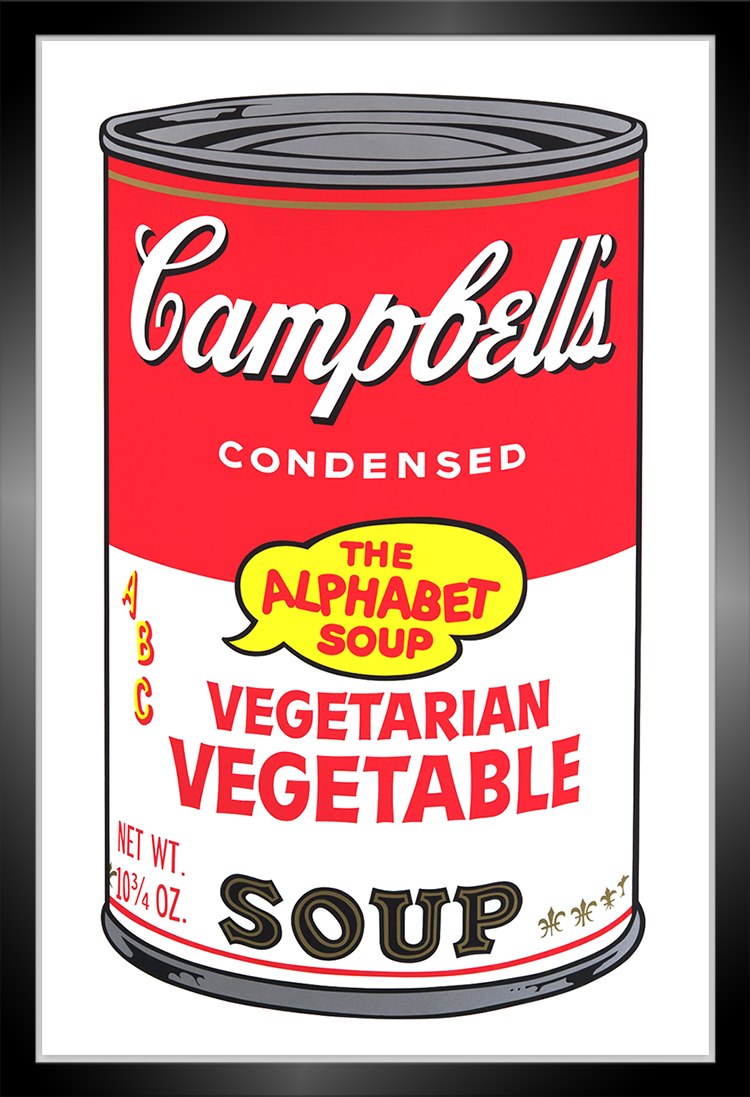 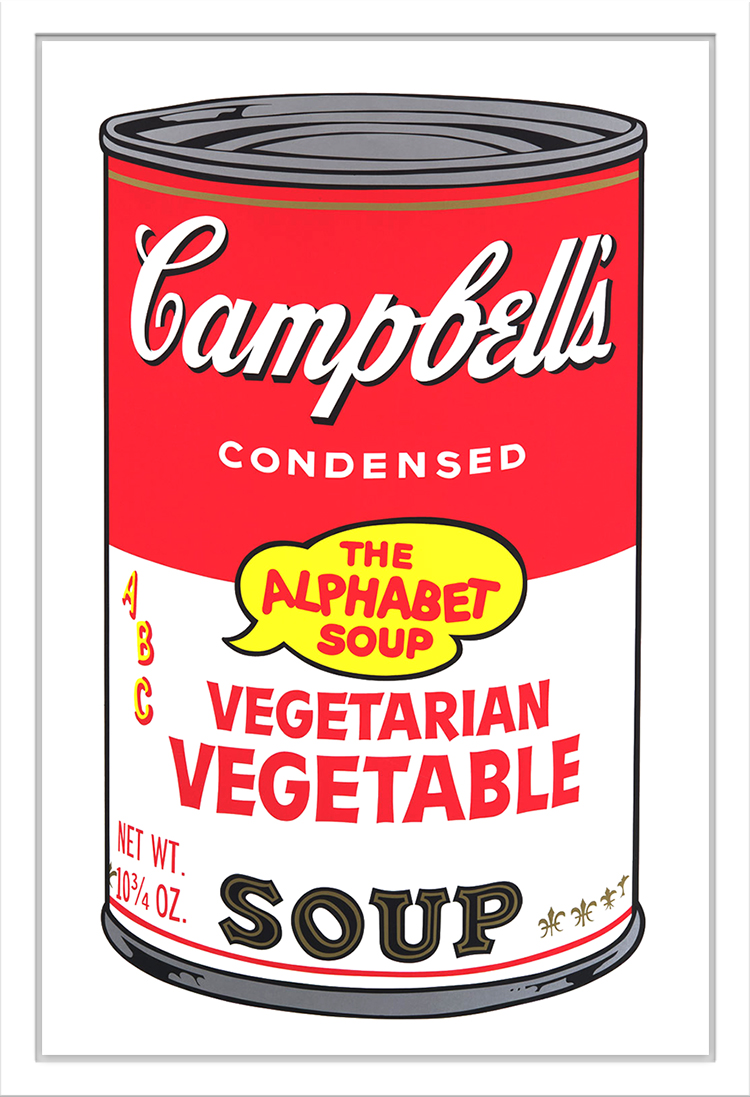 Andy Warhol’s Vegetarian Vegetable Soup, Campbell’s Soup II, 1969 depicts the label of the Vegetarian Vegetable soup, one of Campbell’s alphabet soups that include letter-shaped noodles. The words “The Alphabet Soup” are encased in a vivid yellow speech bubble that is outlined in bold black, replacing the typical label’s golden seal. This substitution is paired with the cartoon-esque depiction of the noodles themselves, created with bright yellow and red shadows defining them against their white background. These additions create a whimsical take on the Campbell’s soup label.

Created in 1969, Andy Warhol’s Vegetarian Vegetable Soup, Campbell’s Soup is a color screenprint on Lenox Museum Board and is hand signed in ballpoint pen on verso. It is a unique work of an edition of 250, published by Factory Additions, New York and printed by Salvatore Silkscreen Co., Inc., New York.

Catalogue Raisonné & COA:
Andy Warhol Vegetarian Vegetable Soup, from Campbell’s Soup II 1969 is fully documented and referenced in the below catalogue raisonnés and texts (copies will be enclosed as added documentation with the invoices that will accompany the sale of the work).