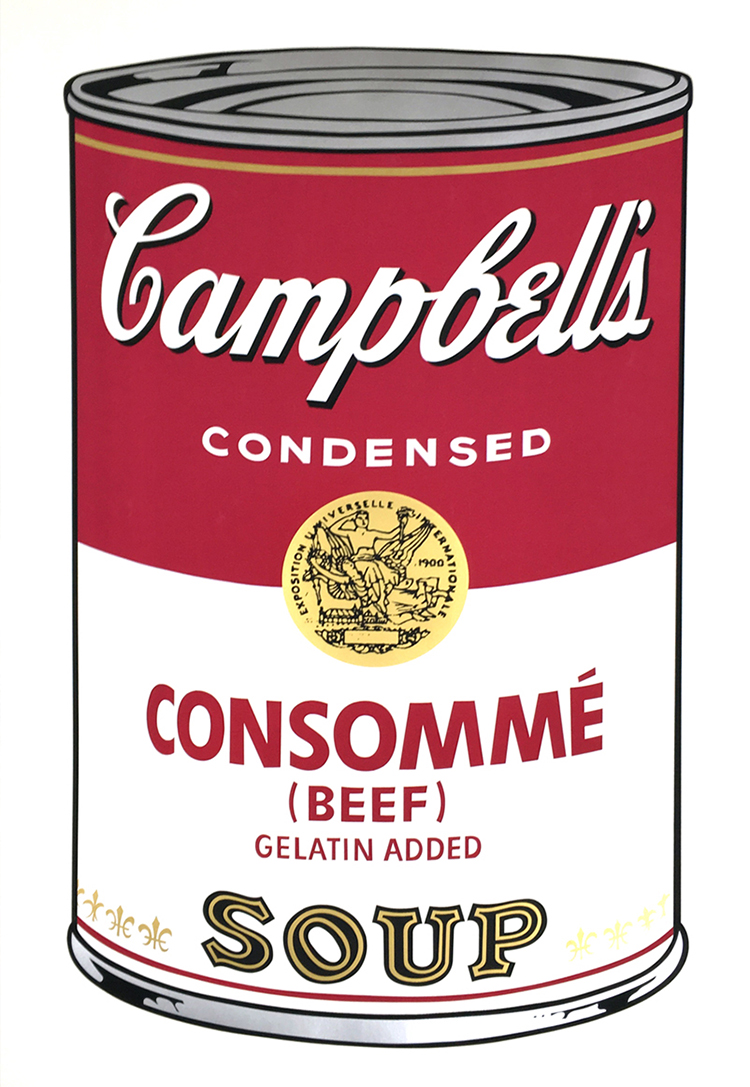 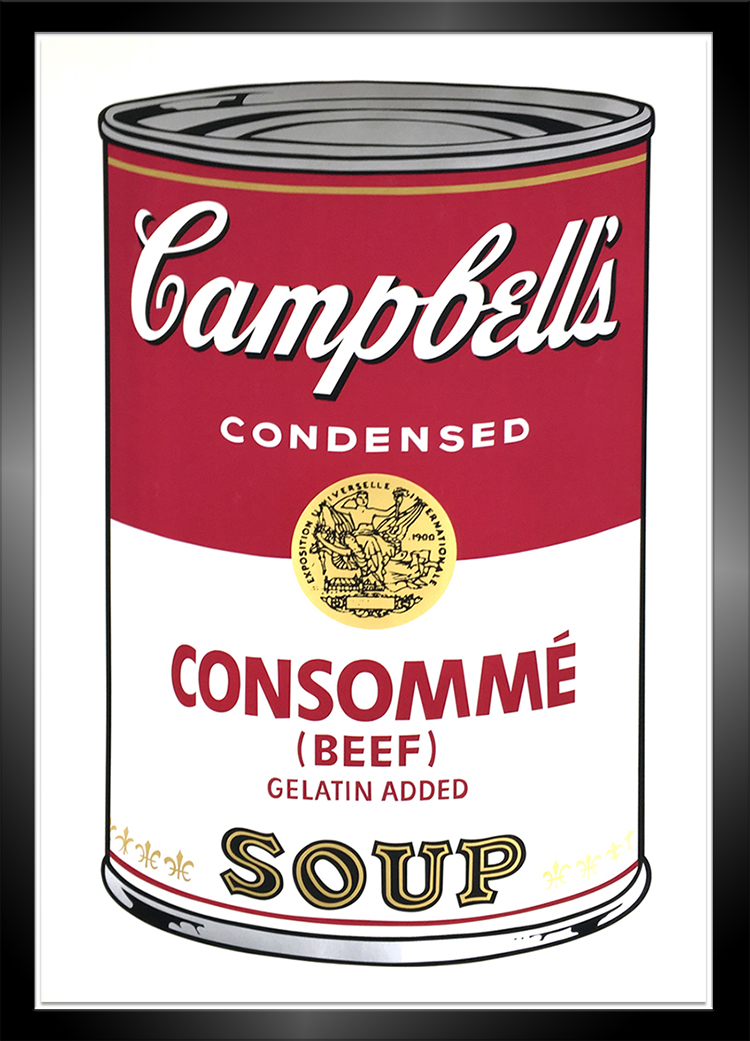 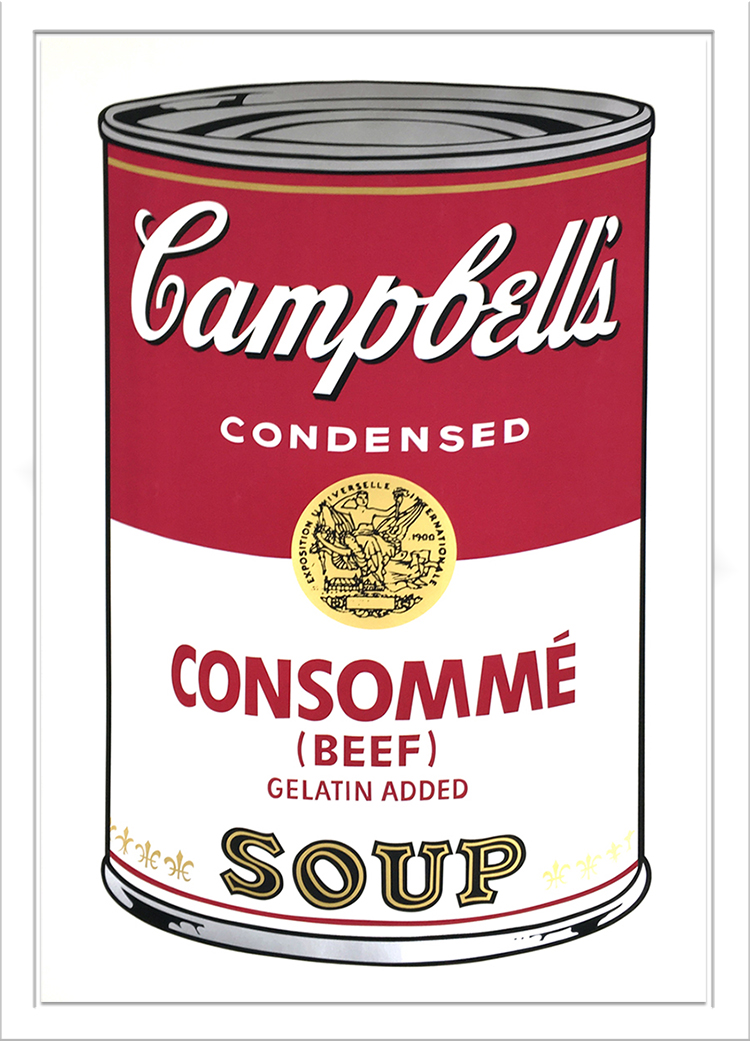 Andy Warhol Consommé Soup, from the Campbell’s Soup I Portfolio, 1968 remains one of the most influential works of art since its creation. The brilliant image reimagines the soup can using graphic lines and animated colors, framing the object as extraordinary. Warhol’s Consommé Soup is lively and lighthearted in its approach. This work, and the rest of the Campbell’s Soup I portfolio, has a lasting impact on art today.

The Campbell’s brand was, and still is, a household name. Warhol is known for his fascination with consumer culture; these works evoke the brand’s advertisements.Warhol also had a more personal connection to the subject. He once stated “I used to drink it. I used to have the same lunch every day, for 20 years…the same thing over and over again.”

Created in 1986, Consommé Soup, from the Campbell’s Soup I Portfolio is a color screenprint on Lenox Museum Board hand signed in ballpoint pen on verso. It is a unique work of an edition of 250, published by Factory Additions, New York and printed by Salvatore Silkscreen Co., Inc., New York.

This screenprint is part of a portfolio of works Warhol created in 1968 titled Campbell’s Soup I. Other works in the Campbell’s Soup I Portfolio include Tomato Soup, Beef Soup, Onion Soup, Cream of Mushroom, Pepper Pot, Black Bean, Green Pea, Chicken Noodle, Vegetable Made with Beef Stock.

Catalogue Raisonné & COA:
Andy Warhol Consommé Soup, from the Campbell's Soup I Portfolio, 1968 is fully documented and referenced in the below catalogue raisonnés and texts (copies will be enclosed as added documentation with the invoices that will accompany the sale of the work).

About the Framing:
Framed to museum-grade, conservation standards, Andy Warhol Consommé Soup, from the Campbell's Soup I Portfolio, 1968 is presented in a complementary moulding and optical grade Plexiglas.