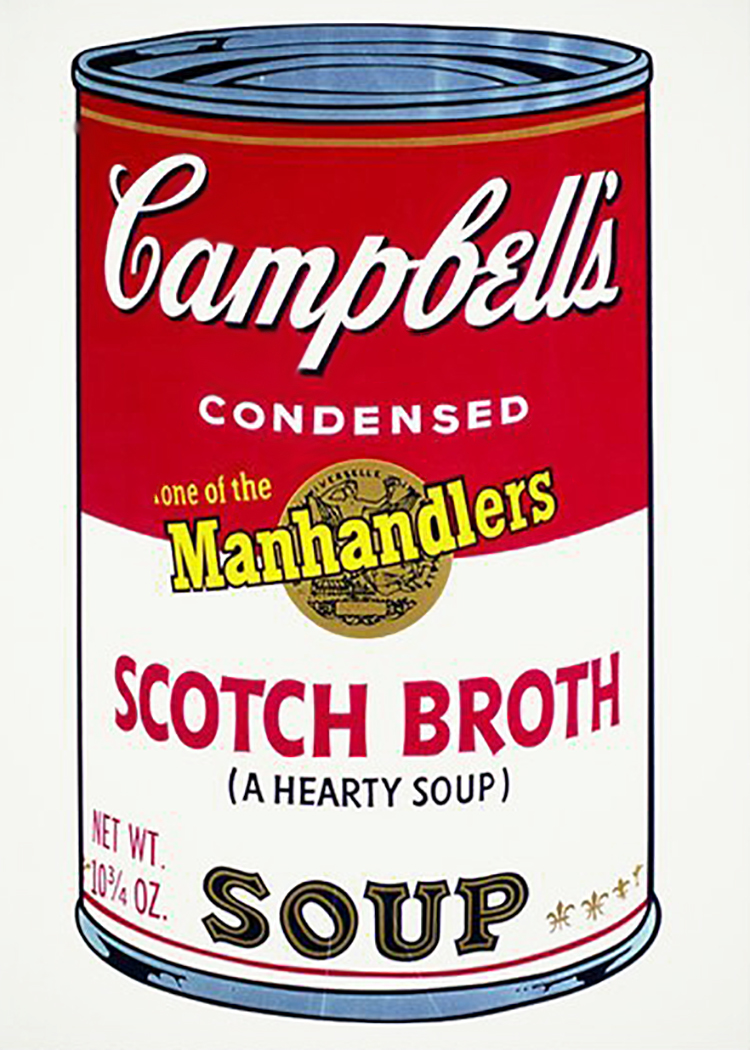 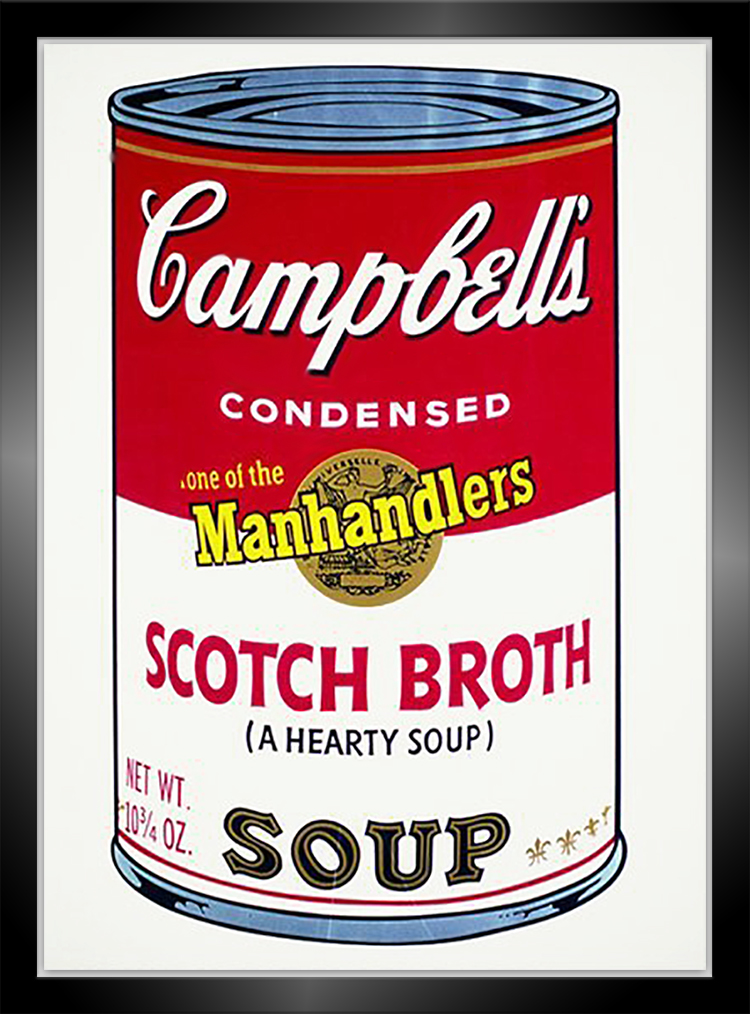 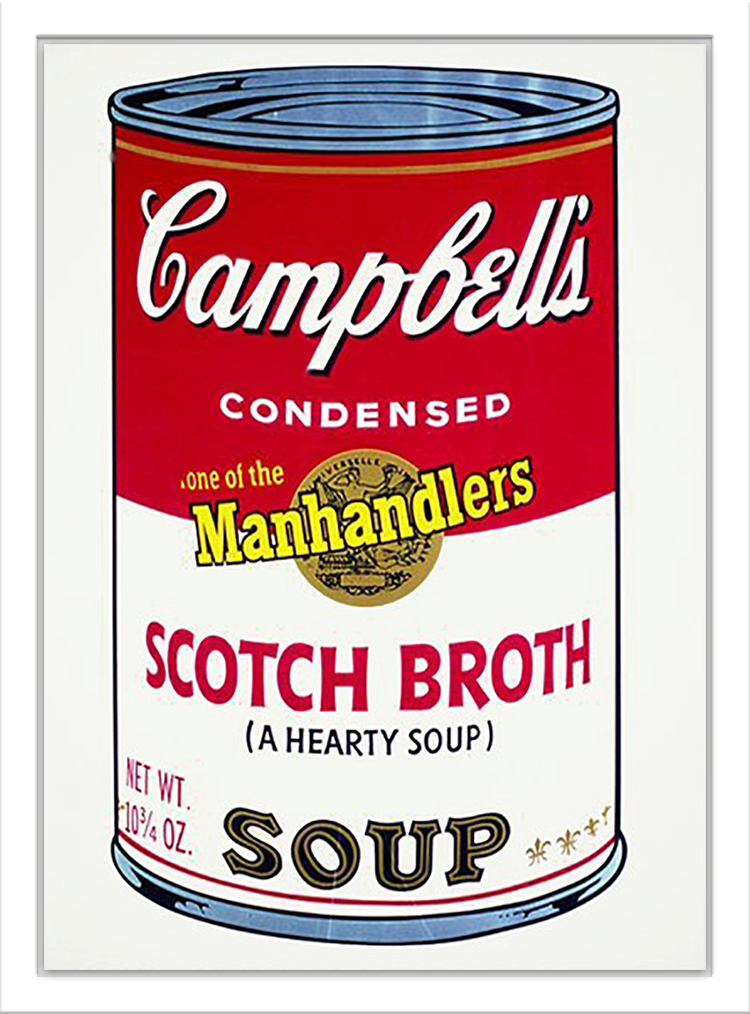 Andy Warhol Scotch Broth Soup, Campbell’s Soup II, 1969 is an incredible version of the Campbell’s soup can. Part of Campbell’s “Manhandler” series, which were created to cater to a male consumer that wanted a more substantial soups, Scotch Broth Soup includes the distinctive, bold golden-yellow lettering across the label’s central golden seal. The label is as chunky as the soup that would presumably be inside. This method of advertising soup may seem ridiculous now, and by portraying the can’s label without circumstance and without context, this version of Warhol’s iconic soup can reveals the comical nature of advertisement.

Created in 1969, Andy Warhol Scotch Broth Soup, Campbell’s Soup is a color screenprint on Lenox Museum Board and is hand signed in ballpoint pen on verso. It is a unique work of an edition of 250, published by Factory Additions, New York and printed by Salvatore Silkscreen Co., Inc., New York.

Catalogue Raisonné & COA:
Andy Warhol Scotch Broth Soup, from Campbell’s Soup II, 1969 is fully documented and referenced in the below catalogue raisonnés and texts (copies will be enclosed as added documentation with the invoices that will accompany the sale of the work).

About the Framing:
Framed to museum-grade, conservation standards, Andy Warhol Scotch Broth Soup, from Campbell's Soup II, 1969 is presented in a complementary moulding and finished with silk-wrapped mats and optical grade Plexiglas.