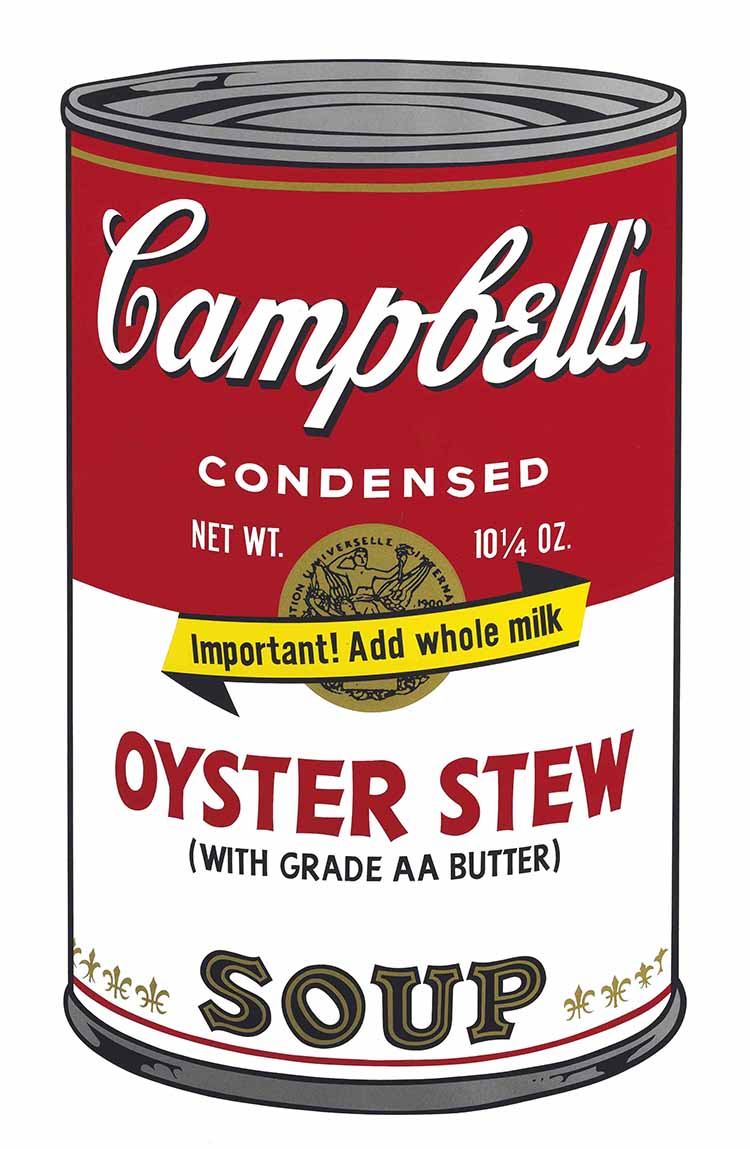 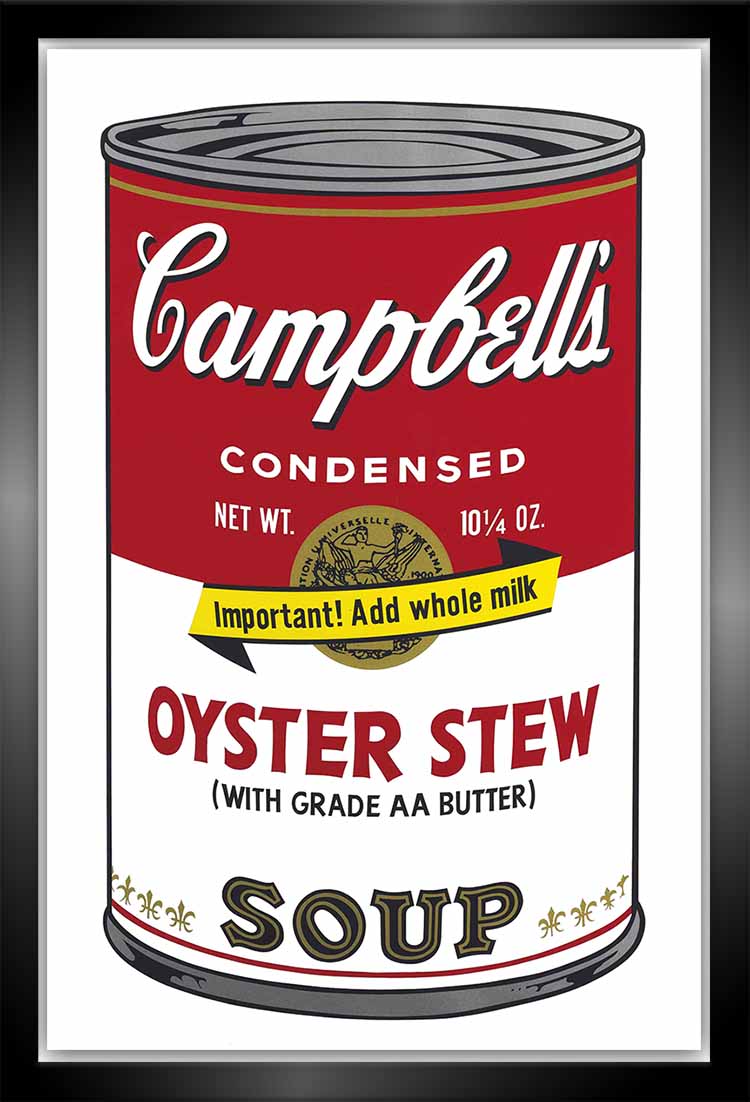 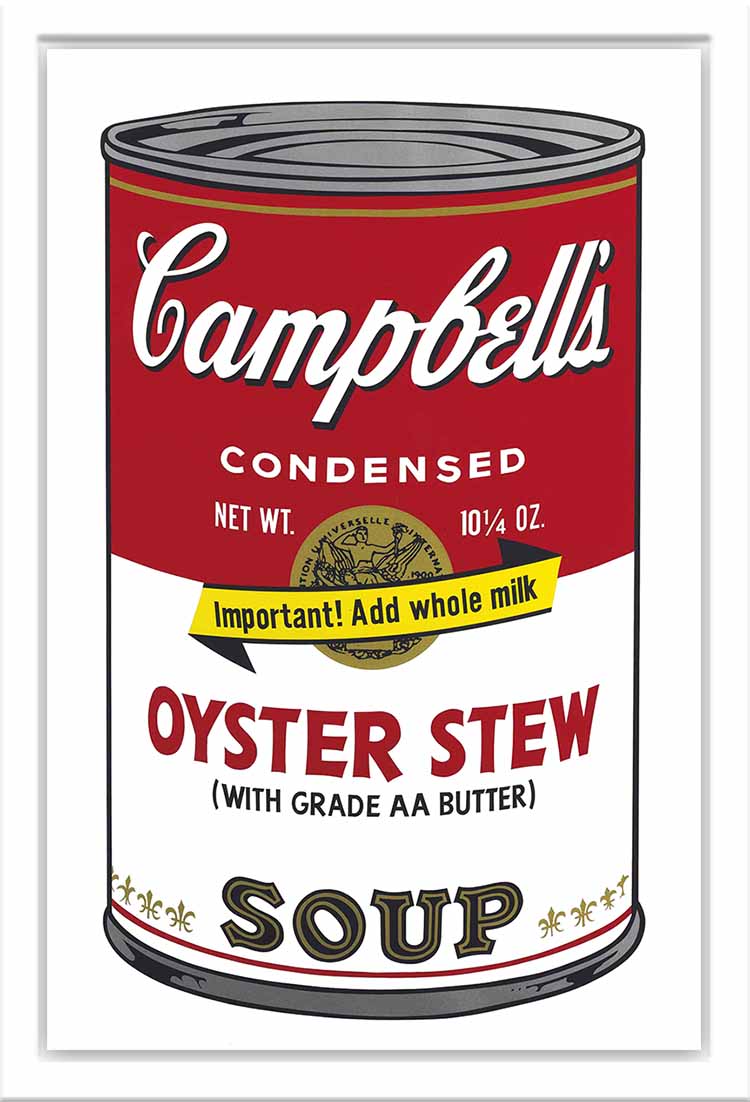 Andy Warhol Oyster Stew Soup, from Campbell’s Soup II, 1969 is a graphic take on an everyday object. Turning his attention toward a more obscure flavor of Campbell’s soup, Warhol’s use of the contrast between the bright red and stark white is paired with a brilliant streak of yellow in the form of a banner across the label’s middle. The presentation is simple, allowing a viewer to feel connected to the artwork in the same way they would be connected to the can itself on a grocery store shelf. For that reason, Warhol’s Oyster Stew Soup has become an iconic image for every art lover.

Created in 1969, Andy Warhol’s Oyster Stew Soup, Campbell’s Soup is a color screenprint on Lenox Museum Board and is hand signed in ballpoint pen on verso. It is a unique work of an edition of 250, published by Factory Additions, New York and printed by Salvatore Silkscreen Co., Inc., New York.

Catalogue Raisonné & COA:
Andy Warhol Oyster Stew Soup, from Campbell’s Soup II 1969 is fully documented and referenced in the below catalogue raisonnés and texts (copies will be enclosed as added documentation with the invoices that will accompany the sale of the work).

About the Framing:
Framed to museum-grade, conservation standards, Andy Warhol Oyster Stew Soup, from Campbell’s Soup II, 1969 is presented in a complementary moulding and finished with silk-wrapped mats and optical grade Plexiglas.