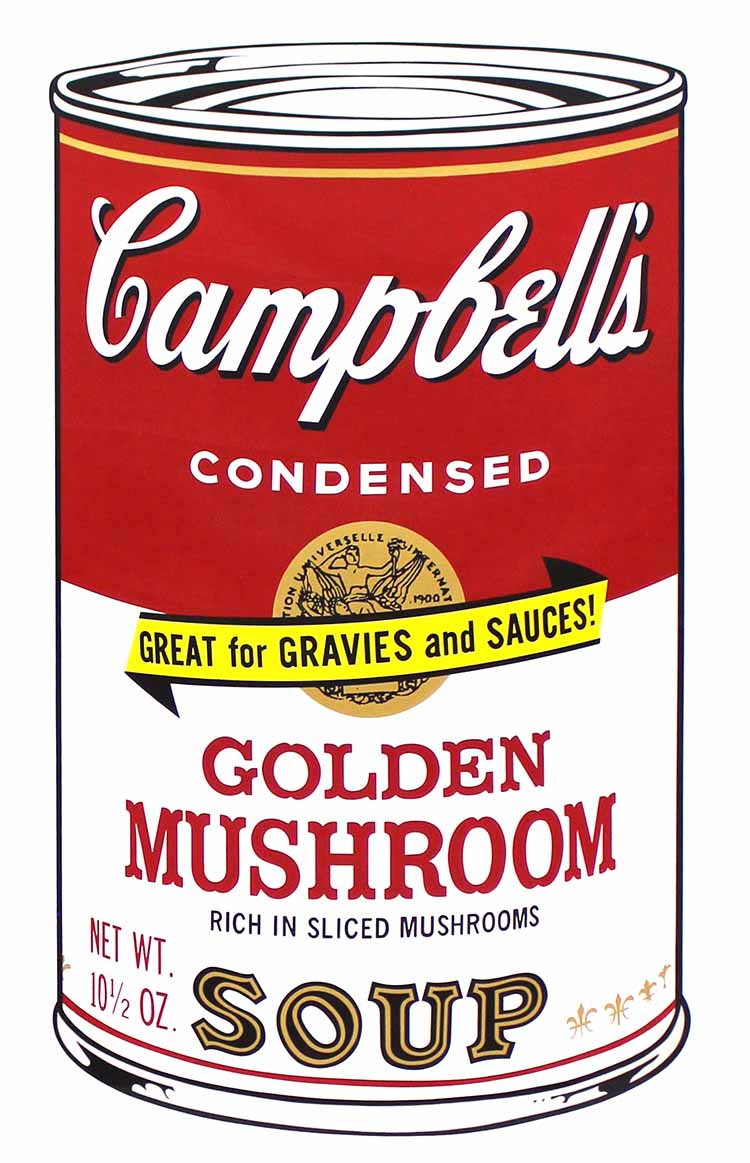 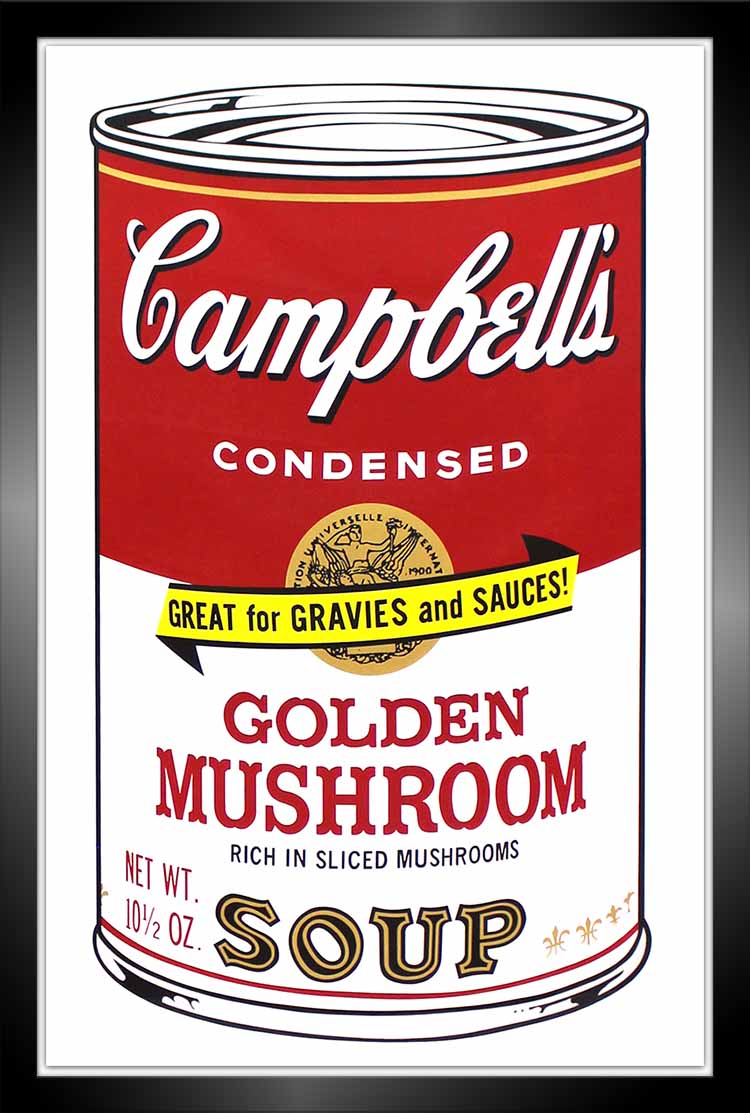 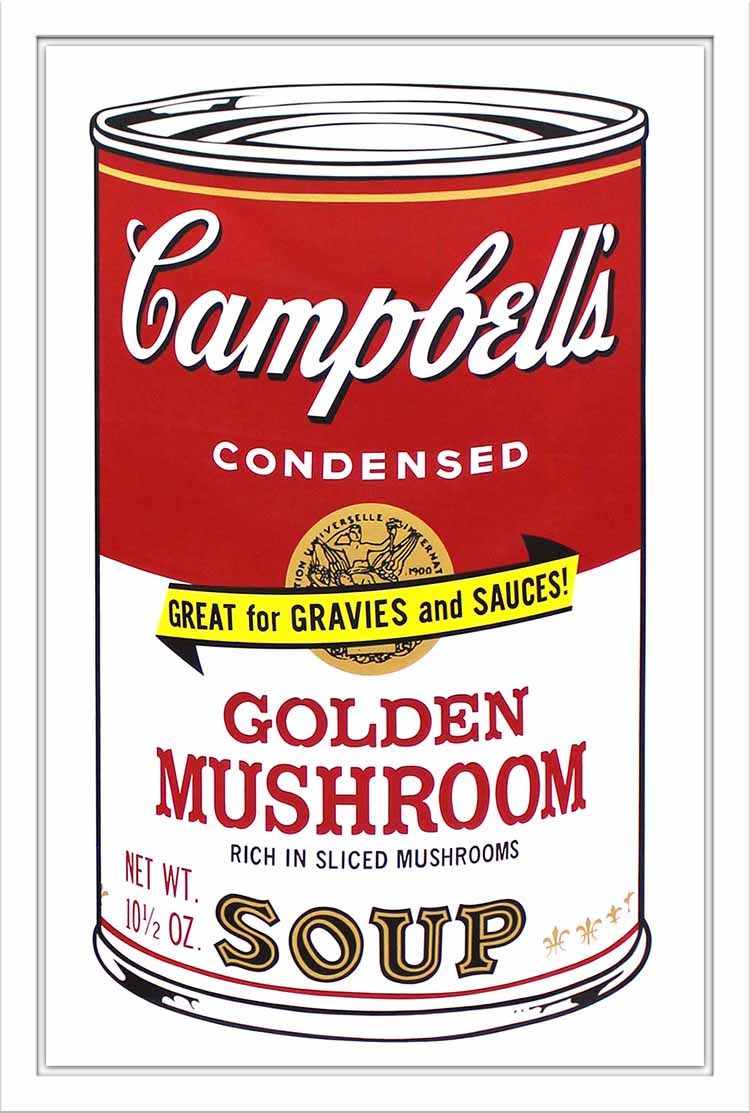 Andy Warhol’s Golden Mushroom Soup, from Campbell’s Soup II, 1969 depicts a Campbell’s soup flavor that is popular even today. The soup flavor’s name is written in red and a font reminiscent of the Old West, a departure from the block lettering it is surrounded by and of other Warhol soup cans. The flavor’s name in red echoes the vibrant red of the top half of the label, making a cohesive image. Golden Mushroom Soup is a vivid and celebrated Warhol work.

Created in 1969, Andy Warhol’s Golden Mushroom Soup, from Campbell’s Soup is a color screenprint on Lenox Museum Board and is hand signed in ballpoint pen on verso. It is a unique work of an edition of 250, published by Factory Additions, New York and printed by Salvatore Silkscreen Co., Inc., New York.

Catalogue Raisonné & COA:
Andy Warhol Golden Mushroom Soup, from Campbell’s Soup II, 1969 is fully documented and referenced in the below catalogue raisonnés and texts (copies will be enclosed as added documentation with the invoices that will accompany the sale of the work).

About the Framing:
Framed to museum-grade, conservation standards, Andy Warhol Golden Mushroom Soup, from Campbell’s Soup II, 1969 is presented in a complementary moulding and finished with silk-wrapped mats and optical grade Plexiglas.