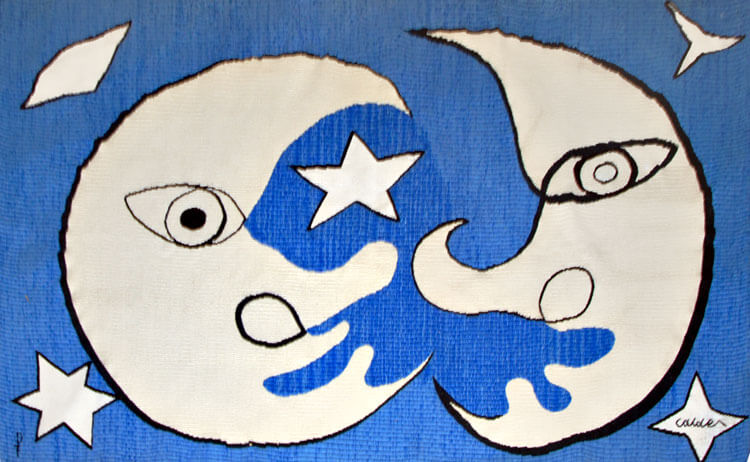 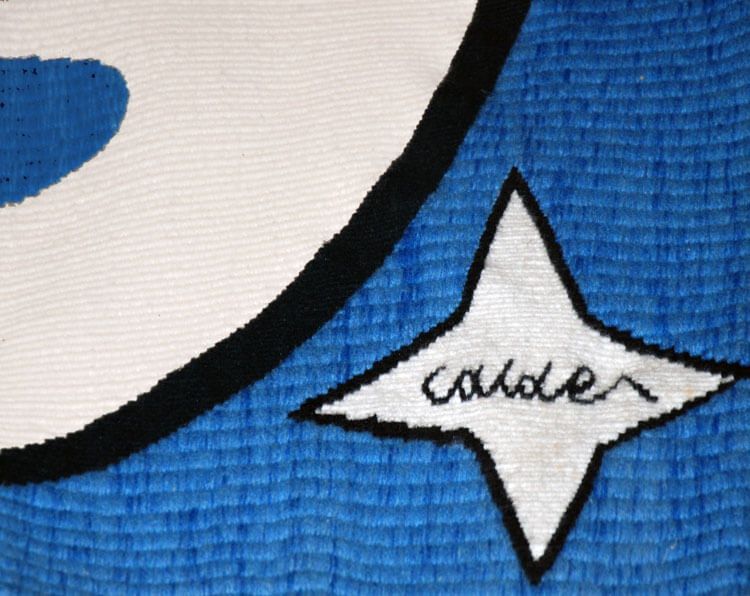 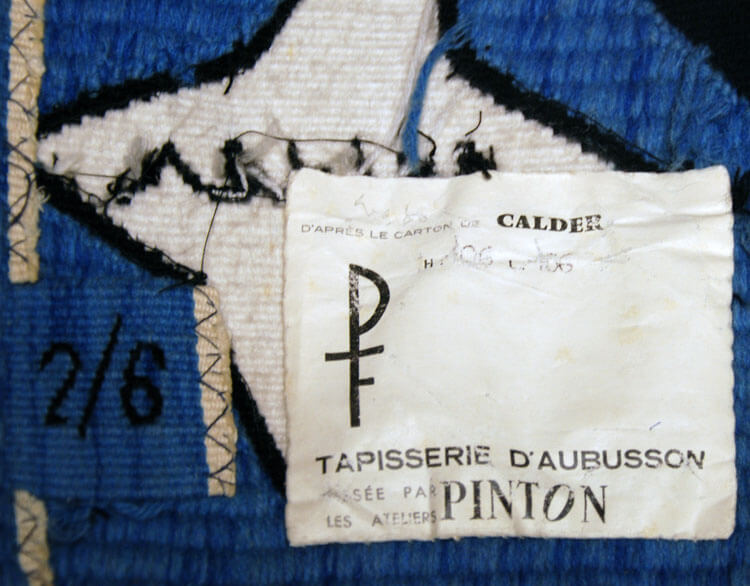 Two crescent moons, each with a distinct personality of its own, face each other in a star speckled night sky. Calder bestows uniquely human characteristics upon these moons; with their large, oval eyes, long noses, and pointed chins, they face each other as if engaged in conversation. According to J. Lipman (1980), "Calder's tapestries are closely related to his gouaches, but they are much larger and often more complex in design. As in all his work the compositions are deceptively casual and have the same playful element that enlivens even the most powerful of his abstractions. The tapestry medium - like lithography and large-scale sculpture - is an example of the successful collaboration with skilled craftsmen that has characterized Calder's later years. The weaver follows Calder's forms exactly but improvises to vary the weaves and textures in a free interpretation of the overall design. The tapestries are fresh works of art in their own right, blending the inventiveness of the artist with that of the weavers" (157).

This hand woven tapestry is signed 'Calder' with a woven signature in black in the star in the lower right. This work is virtually unique due to the very small edition size. It is numbered 2/6 on verso, woven in black; also with a Pinton Frères label on the reverse that states 'D'APRES LE CARTON DE CALDER | TAPISSERIE D'AUBUSSON | TISEE PAR | LES ATELIERS | PINTON.'

Sell your Alexander Calder fine art with us. We offer free evaluations. Learn more about selling with us.