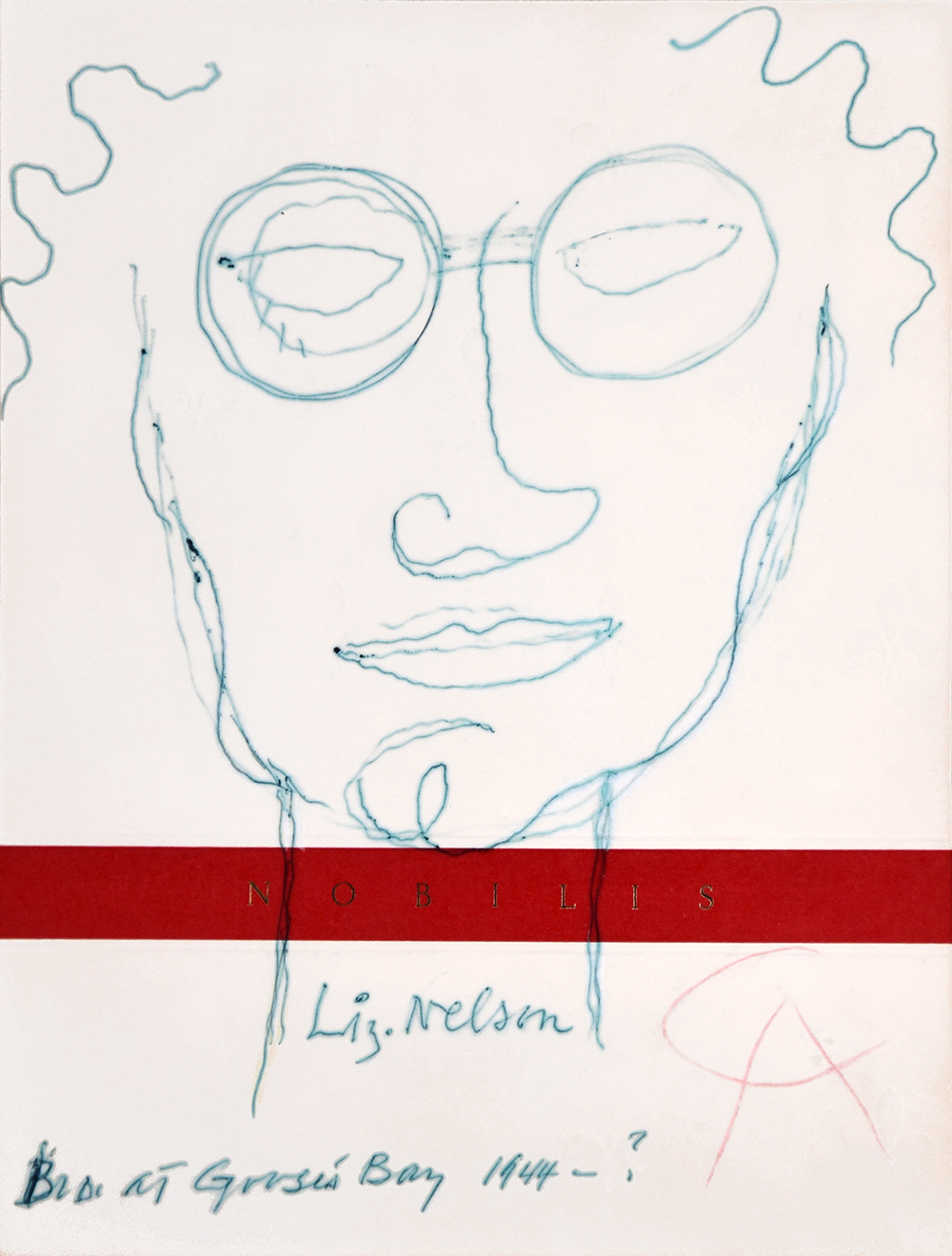 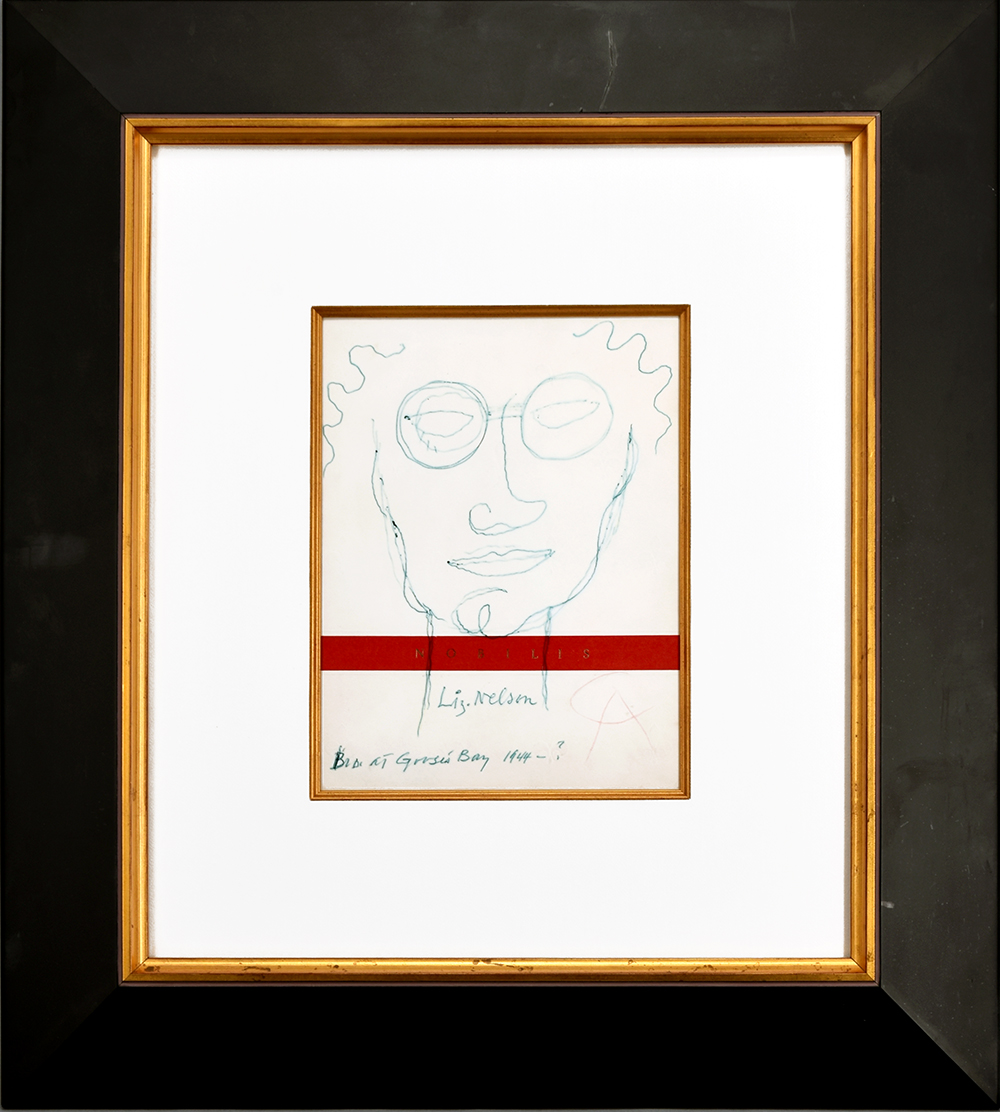 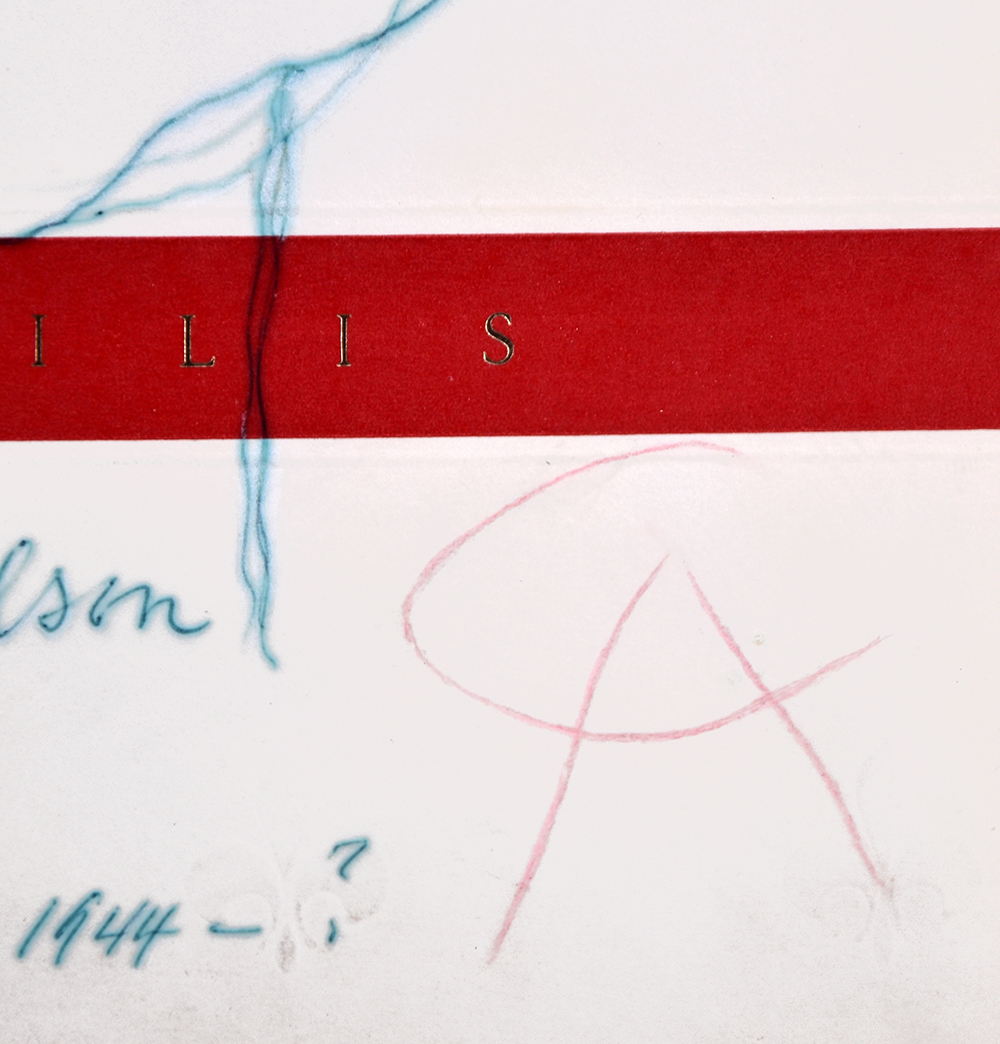 Alexander Calder Untitled ‘Liz Nelson’, 1968 is a unique original pen and ink drawing on folio with a red banner is initialed ‘CA’ in red ink in the lower right by Alexander Calder (Pennsylvania, 1898 - New York, 1976). Undistinguished pen notation appears in ink along the lower margin with ‘Liz Nelson’ just above (at the base of the neck). This work is registered as an authentic work by Alexander Calder (Pennsylvania, 1898 - New York, 1976) in the archives of the Calder Foundation (NY), under application/registration number A24443.

Elizabeth “Liz” Nelson, was known to Alexander Calder (Pennsylvania, 1898 - New York, 1976) through his friend and publisher during the 1940s, Curt Valentin. In addition to running his own art gallery, Valentin had a loyal assistant and secretary who became known to Calder as “dear ol’ Lizzie”.

This charming and whimsical rendition of Elizabeth Nelson is done in blue ink on the cover of a folio or notebook, the sketch lines loose as he depicts her likeness in his style. The resulting portrait allows us to peer into his mind of to understand his friendship with Ms. Nelson. A series of wavy lines above her head are a visual illustration of her hair, allowing the negative space to fill the blanks. A thick red line on the bottom third of the page, which appears to be apart of the folio itself and not part of the drawing, doesn’t hinder Calder’s drawing as he sketched the lines through the red, defining her neck. She peers out at you from behind her glasses, a firm smile plastered on her face. There are no solid, straight lines throughout this work; every line curves with varying line weights, providing depth to an otherwise flat portrait.

Catalogue Raisonné & Coa:
It is fully documented and referenced in the below catalogue raisonnés and texts (copies will be enclosed as added documentation with the invoices that will accompany the final sale of the work):

1. Registered with the Calder Foundation, NY under application number A.24443.
2. A Certificate of Authenticity will accompany this work.

Alexander Calder's childlike joy and draftsmanship entranced Paris as much as they did New York. Calder's stabiles and mobiles bring his monumental public works into the home while his signed drawings and lithographs are some of the best graphic works of the 20th century.