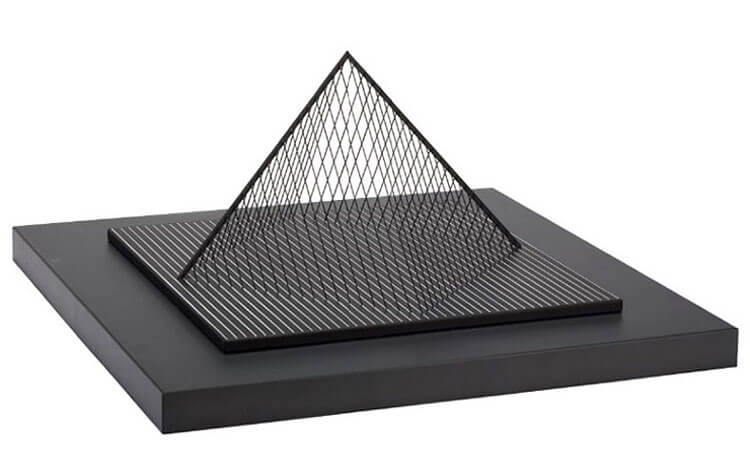 Created in 1969, Vasarely Yvaral's Plan Espace (Space Plan) is from the total edition of 100 multiples published by Editions Denise Rene, Paris. This fascinating piece transforms and engages the audience’s interaction with the optical dimension of Yvaral’s stunning œuvre. With the use of elastic bands combined with a series of regulated white lines against the black metal paneling, Plan Espace extends into the three-dimensional space of the viewer, breaking the traditional two-dimensional plane. This in turn allows for a different conversation to be created for its viewers and the space between them.

Catalogue Raisonné & COA:
It is fully documented and referenced in the below catalogue raisonnés and texts (copies will be enclosed as added documentation with the invoices that will accompany the final sale of the work). 1) A Masterworks Certificate of Authenticity will be included with the sale of the work.

Born into the Op Art movement, Jean Pierre Vasarely Yvaral latched onto the idea of geometry in the artistic process. His works carry a magnificent otherworldly quality while at the same time remaining rooted in basic mathematical principles. Three dimensional forms explode of his canvases, and he brings this energy into his portraits as well.

Have one to sell? Sell Yvaral fine art with us

Sell Yvaral artwork with us. We will research its value and popularity for you.