There are no Victor Pasmore catalogue raisonnés listed yet. 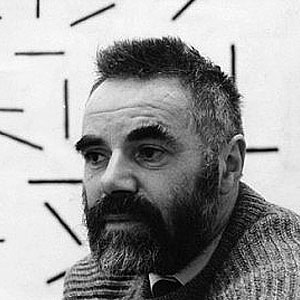 Can the artists of today express themselves as well in independent abstract as the old masters did in representational art I think they can, for art need not be representational. ‘Art exists, not to instruct or persuade the mind,’ Charles Morgan once wrote in a literary review, ‘but to impregnate the imagination.’ The brother of an artist should be able to reveal some home-truths, particularly if he can recall, as I do, such incidents as drawing battleships and aeroplanes with him in the nursery during the First World War. My brother has moved a long way since then, but some of his early traits remain unchanged. For instance, he always painted for himself. I used to attribute this to obstinacy or selfishness, but have since come to realize that single-mindedness or integrity would have been more fitting terms. For centuries artists have expressed themselves in terms of the visual world; but the task of the abstract painter today is different because he is striving to express beauty without recourse to the inherent appeal to natural forms. ‘What beauty is I know not though it adheres to many things,’ wrote Dorer.

‘When we wish to bring it into our work we must gather it from far and wide.’ This leads me to mention another trait in my brother, which his need to gather from far and wide. Like a research worker he moves forward only when the problem in front of him has been solved, but at the same time always looking toward: some ultimate goal. He has gathered knowledge both from nature and the old masters, and in his early work he learned their techniques and applied them to his pictures. The strength of his work, therefore, lies in the solid foundation he has in the past, from which he reaches out into the future. Now my brother has emerged on his own and has joined that community of painters and sculptors whom I like to call the ‘music-makers’ because they compose independently with forms and colours in the same way that musicians compose with sounds.

Sell your Victor Pasmore fine art with us. We offer free evaluations.