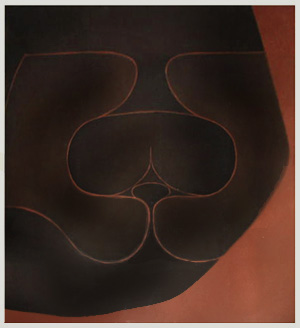 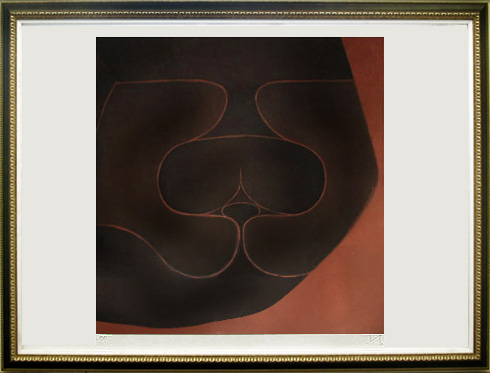 Composed in a unique square format on a full rectangular sheet of paper, Pasmore creates a mesmerizing image that fascinates the eye both through its tonal variation and delicate manipulation of form.

Created in 1978, this image was printed by 2RC Workshop, Rome. The work is numbered in pencil 40/90 in the lower left and entailed in the lower right.

Using distinct tones of warm rust inspired browns and inky black, Pasmore creates a signature organic image that is infused by a latent sense of growth that appears to be active just below the picture's surface. The inner forms outlined in brown appear to pull away and contract towards each other. Of Pasmore's work Norbert Lynton states, "the process invested in each work became and have remained patent ingredients, part of the work's meaning. The impersonality and finality of the reliefs, implied rather than truly inherent, have yielded to limitless imagings and actions continuing to the present. The work's messages are mostly about joy in life, in sight, in action.

Catalogue Raisonné & COA:
It is fully documented and referenced in (copies will be enclosed as added documentation with the invoices that I will accompany the final sale of the work) :

About the Framing:
This work is framed in a magnificent Spanish inspired frame with gilt sculptural detailing. The black underscores the dark tonality of the image while the gold enhances the overall luminosity of the work. The framing is completed by a small linen matte along the exterior of the framing.

Sell Victor Pasmore artwork with us. We will research its value and popularity for you.