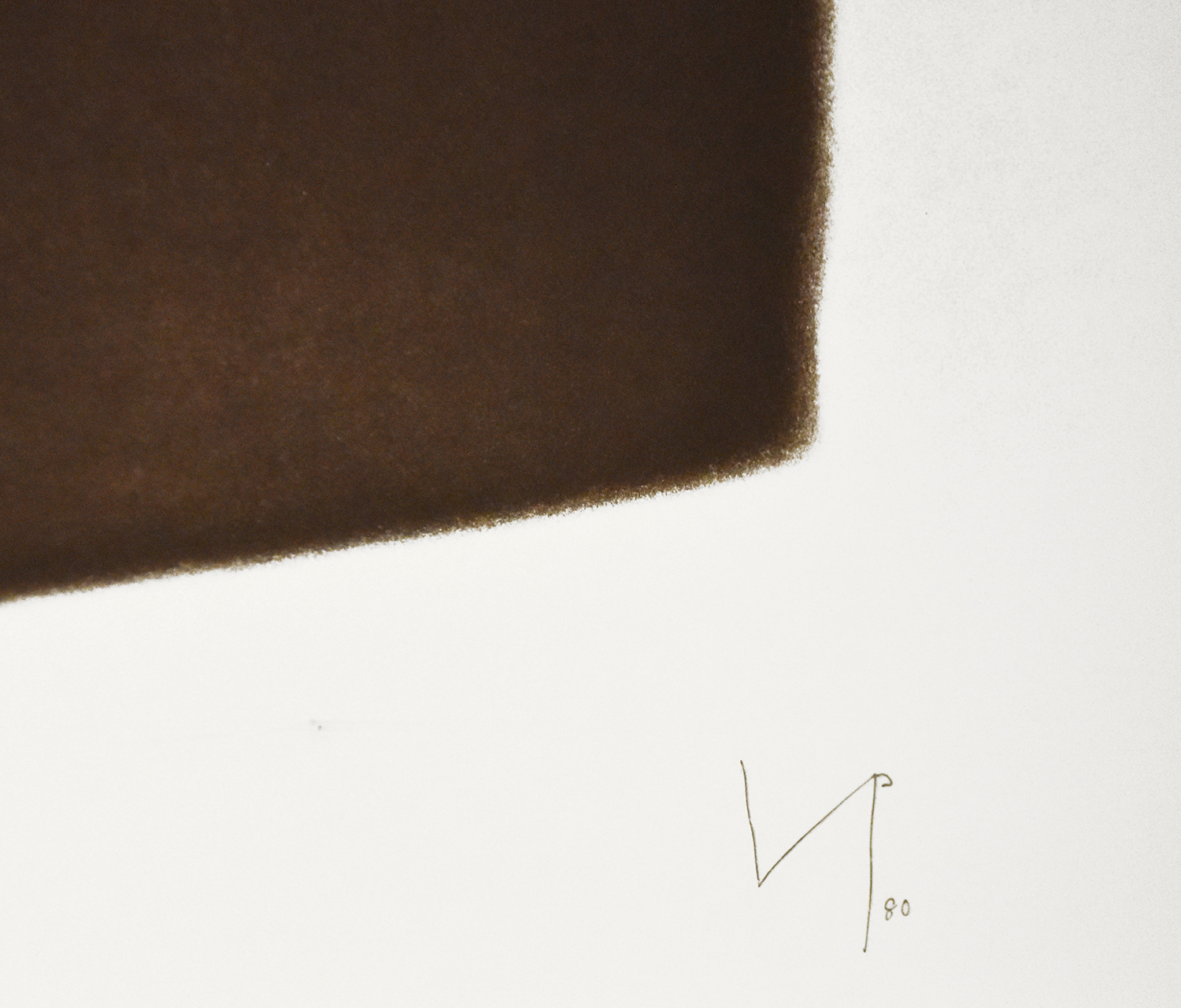 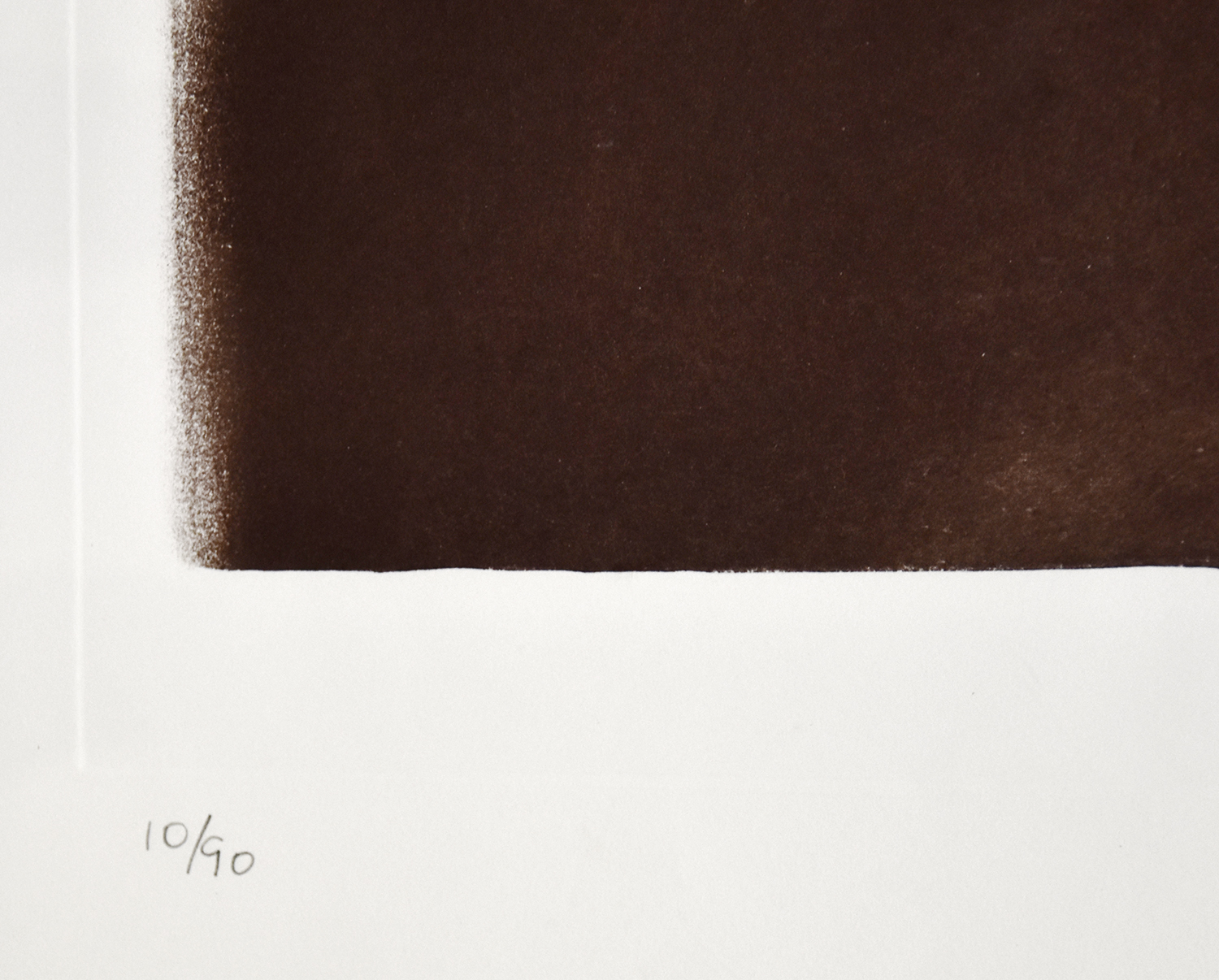 Victor Pasmore’s Villa dei Misteri, 1980 is an incredible example of the artist’s work in abstraction. Pasmore was a revolutionary figure in the British painting scene in the 1940s and 50s. His abstracted colorful paintings were unlike anything being painted in England at the time and was described art historian Herbert Read as “The most revolutionary event in post-war British art.” Pasmore was inspired by artist like Piet Mondrian and Paul Klees, adopting similar philosophies of painting to create a stand-alone art object. “I felt the picture has to be an independent object in its own right, not a representation of another object,” the artist said. This etching and aquatint features a well-balanced and eye-catching abstract composition, with large swaths of warm brown and pops of bright blue, pink and black. The circles in the center of the work seem to be balancing on one another and Pasmore uses the negative space between the two blocks of brown to emphasize the shapes and lines in the middle of the composition. This work showcases Pasmore’s creativity in abstraction and stresses his skill in turning shapes and colors into a captivating work of art.

Created in 1980, this etching and aquatint on Magnani paper is hand-signed by Victor Pasmore in pencil in the lower right margin and numbered from the edition of 90 with 15 artist’s proofs.

Catalogue Raisonné & COA:
Victor Pasmore Villa dei Misteri, 1980 is fully documented and referenced in the below catalogue raisonnés and texts (copies will be enclosed as added documentation with the invoices that will accompany the sale of the work).

1. Lynton, Norbert. Victor Pasmore: Paintings and graphics 1980-92. London: Lund Humphries Publishers Ltd., 1992. Illustrated as catalogue no. G11 on pg. 90 and pg. 142.
2. A Certificate of Authenticity will accompany this artwork.

About the Framing:
Framed to museum-grade, conservation standards, Victor Pasmore Villa dei Misteri, 1980 is presented in a complementary moulding and finished with silk-wrapped mats and optical grade Plexiglas.

Sell Victor Pasmore artwork with us. We will research its value and popularity for you.