Robert Rauschenberg explores the intersection of everyday life objects and art in his paintings, sculptures, and prints. The eclectic works of art with deep meditations on art and life are a wonderful addition to a collection.

Have one to sell? Sell Robert Rauschenberg fine art with us

Sell Robert Rauschenberg artwork with us. We will research its value and popularity for you. 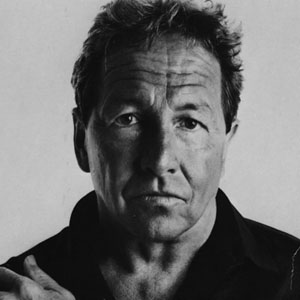 Robert Rauschenberg, born Milton, in Port Arthur, Texas in 1925, he began to study pharmacology at the University of Texas, Austin, before being drafted into the U.S. Navy. After staying stateside for his service, he enrolled at the Kansas City Art Institute in 1947 and traveled to Paris to study at the Academie Julian the following year. In the fall 1948, Rauschenberg returned to the United States to study under Josef Albers at the Black Mountain College near Asheville, North Carolina. Moving to New York in 1949, he attended classes at the Art Students League where he was gaining acclaim and offered his first solo exhibition at the Betty Parsons Gallery. His artwork from this period included blueprints, monochromatic white paintings, and black paintings. While traveling to Europe and North Africa in 1953, Rauschenberg worked on a series of small collages, hanging assemblages, and small boxes filled with found elements, which he exhibited in Rome and Florence. Rauschenberg's enthusiasm for popular culture and his rejection of the angst and seriousness of the Abstract Expressionists led him to search for a new way of painting. On his return to New York in 1953, Rauschenberg completed his series of black paintings, using newspaper as the ground, and began work on sculptures created from wood, stones, and other materials found on the street; paintings made with tissue paper, dirt, or gold leaf; and more conceptually oriented works such as Automobile Tire Print (1953) and Erased de Kooning Drawing (1953). By the end of 1953, he had begun his Red Painting series (1953-54) on canvases that incorporated newspapers, fabric, and found objects and evolved in 1954 into the "Combines", a term Rauschenberg coined for his well-known works that integrated aspects of painting and sculpture and would often include such objects as a stuffed eagle or goat, street signs, or a quilt and pillow. In late 1953, he met Jasper Johns and as they had neighboring studios, regularly exchanged ideas and discussed their work until 1961. From the mid-sixties through the seventies he continued to experiment in prints by printing onto aluminum, moving plexiglass disks, clothes, and other surfaces. He challenged the view of the artist as auteur by assembling engineers to help in the production of pieces technologically designed to incorporate the viewer as an active participant in the work. He also created performance pieces centered around chance. Over the following decades his work continued to encompass a variety of fields. In the fall of 1970, he founded Change, a nonprofit organization to assist artists-in-need with emergency expenses. By the end of 1970, Rauschenberg had established a permanent residence and studio in Captiva Island, Florida, eventually acquiring 20 acres of the island to use a workspace and serve as a nature preserve. Throughout the '80s and '90s Rauschenberg continued his experimentation, concentrating primarily on collage and new ways to transfer photographs as a response to a settlement of a copyright lawsuit brought against him for an earlier appropriation of an advertisement. Rauschenberg traveled extensively throughout his life and in the mid-1980's through his collaborations with artisans and workshops abroad created the establishment of the Rauschenberg Overseas Culture Interchange (ROCI) at the United Nations. Dying of heart failure in 2008, the painter, photographer, printmaker, choreographer, onstage performer, set designer and composer left a long and storied legacy; making him one of the most prolific American artists, who time and again reshaped art in the 20th century.