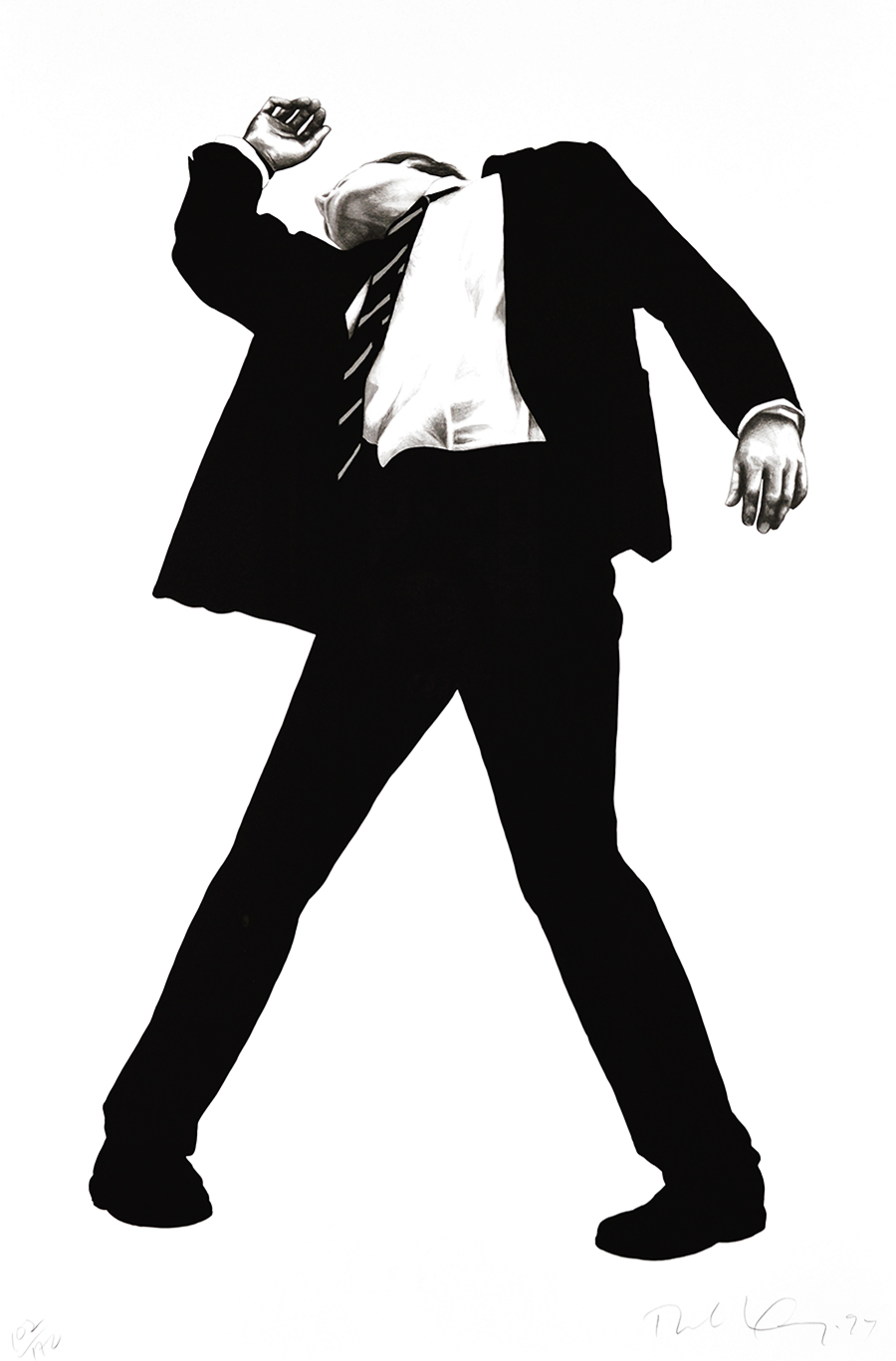 Robert Longo Rick, from Men in Cities, 1994 is a striking moment capturing a businessman in the midst of a wild danced move. His suit jacket flies open, his feet spread to brace himself, head thrown back, and arms moving freely. The energy of his motion is fully captured, depicted through sleek black-and-white forms. The black of his jacket melts in with his pants and shoes, making his body a dynamic silhouette filling the pristine white surface.

Catalogue Raisonné & COA:
Robert Longo Rick, from Men in Cities, 1994 is fully documented and referenced in the below catalogue raisonnés and texts (copies will be enclosed as added documentation with the invoices that will accompany the sale of the work).

About the Framing:
Framed to museum-grade, conservation standards, Robert Longo Rick, from Men in Cities, 1994 is presented in a complementary moulding and optical grade Plexiglas.