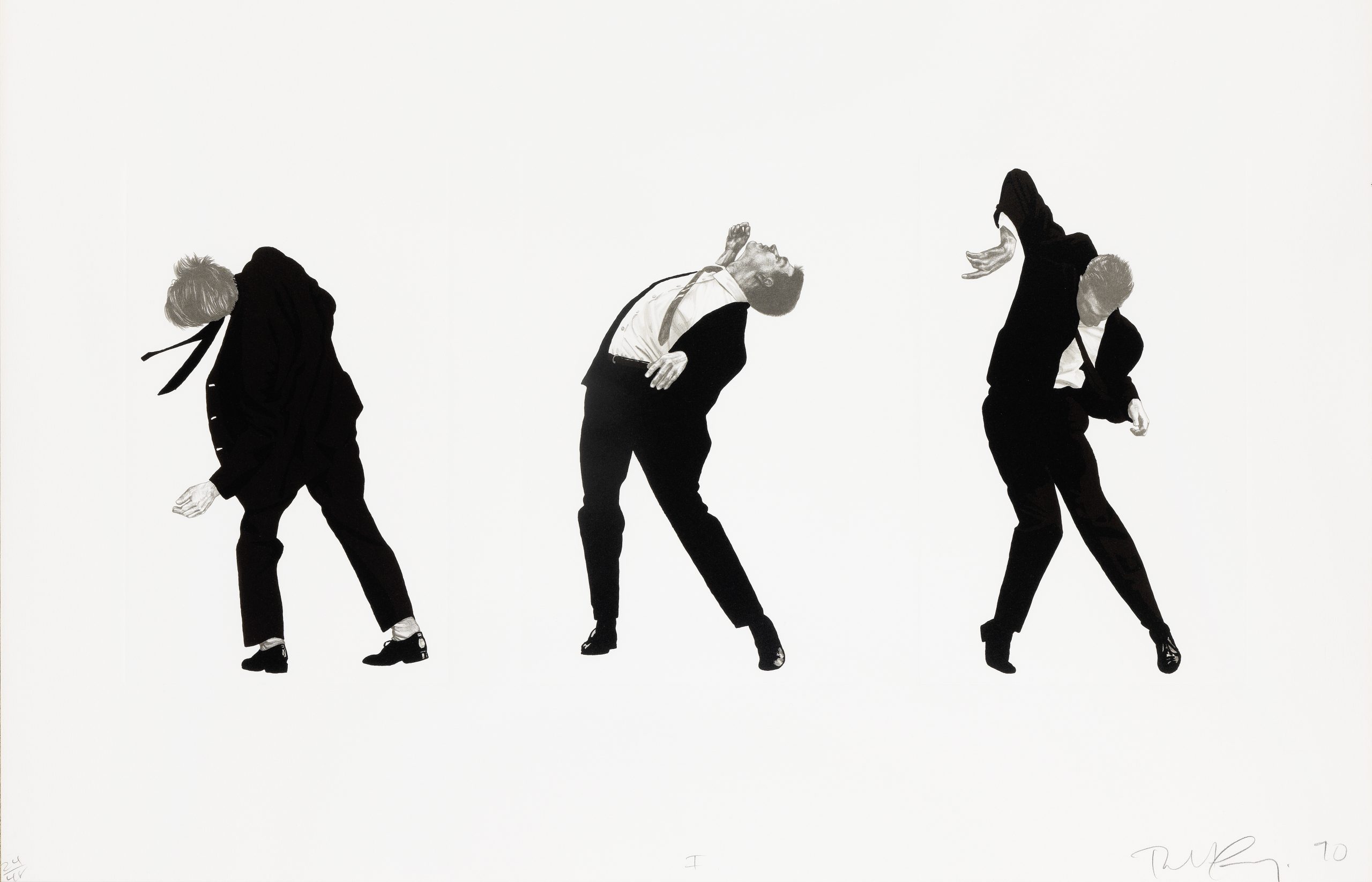 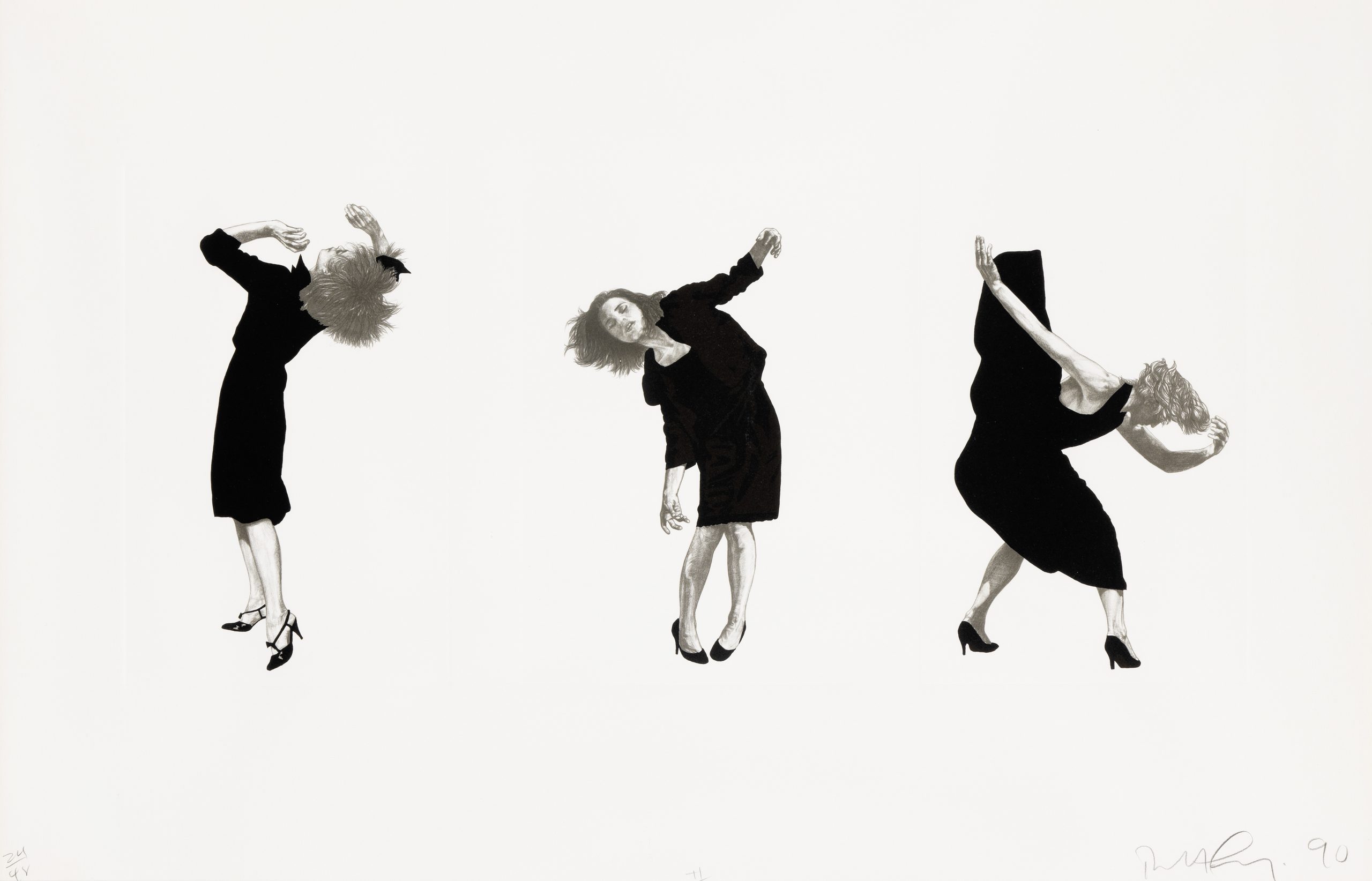 Robert Longo is known for his “Men in the Cities” series in the 1980s and 90s, featuring men and women in business attire writhing in extreme movements set in cityscapes. These captivating compositions are full of juxtaposition and emotion, the sleek professional dress of the figures at odds with the very human and strange poses the figures take. The dynamic writhing of the men and women portrays intense emotion through the physicality of their bodies. Men in the Cities (I) features three male figures in suits flailing across the composition. At first glance, the way Longo decided to place the figures in succession makes the viewer wonder whether it is three men or just one man in different poses, almost like snapshots of the man spinning from one side to the other. Men in the Cities (II) is a similar composition but with three female figures, dressed in business wear. In this lithograph, it is more noticeable that each figure that is a different woman, each wearing different shoes, and the last woman wearing a dress as opposed to the skirt and blazer of the first two. The two lithographs together form a dichotomy of sorts, one male and one female, and showcase Longo’s talent in drawing the human body. Longo creates truly eye-catching and interesting works of art in these lithographs.

Catalogue Raisonné & COA:
Robert Longo Men in the Cities (I) and (II), 1990 are fully documented and referenced in the below catalogue raisonnés and texts (copies will be enclosed as added documentation with the invoices that will accompany the sale of the work).

About the Framing:
Framed to museum-grade, conservation standards, Robert Longo Men in the Cities (I) and (II), 1990 is presented in a complementary moulding and finished with silk-wrapped mats and optical grade Plexiglas.