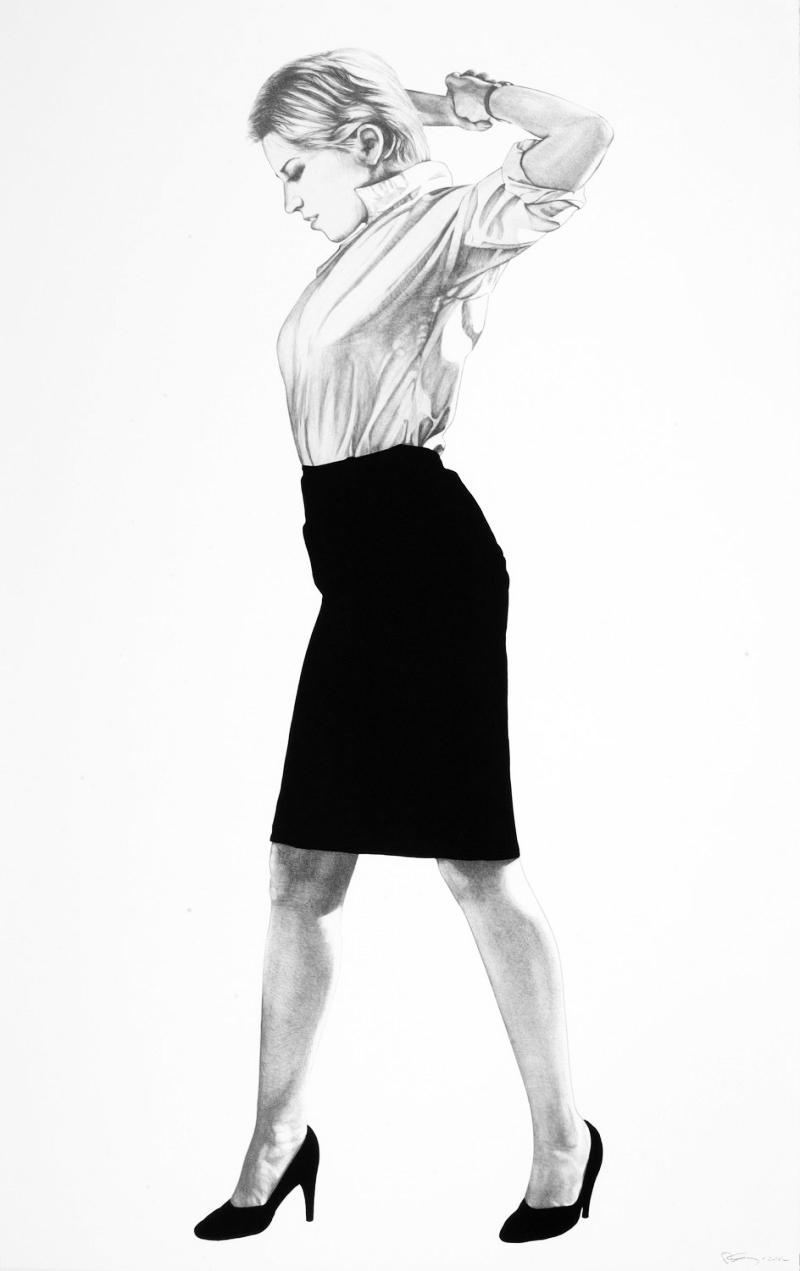 Robert Longo Cindy, from Men in the Cities, 2002 features the sharp profile figure of a young woman, dressed in a sleek black pencil skirt and high heels and a crisp white blouse. Her arms are raised with hands hooked, making a dynamic diagonal line from her elbow to waist, then from her waist to hips, knees, ending in her heels. The zig-zag shape made by her cleanly-dressed form gives the work a captivating rhythm, endowing the sharp-featured businesswoman with a lively flux.

Created in 2002, Robert Longo Cindy, from Men in the Cities is a lithograph. This work is hand-signed and dated by Robert Longo (New York,1953 - ) in pencil in the lower right and numbered from the edition of 120 in the lower left.

Catalogue Raisonné & COA:
Robert Longo Cindy, from Men in the Cities, 2002 is fully documented and referenced in the below catalogue raisonnés and texts (copies will be enclosed as added documentation with the invoices that will accompany the sale of the work).

About the Framing:
Framed to museum-grade, conservation standards, Robert Longo Cindy, from Men in the Cities, 2002 is presented in a complementary moulding and optical grade Plexiglas.