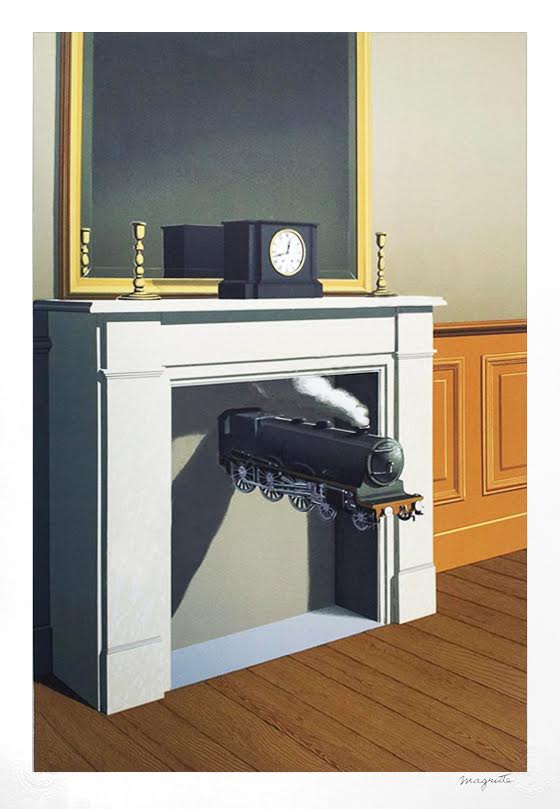 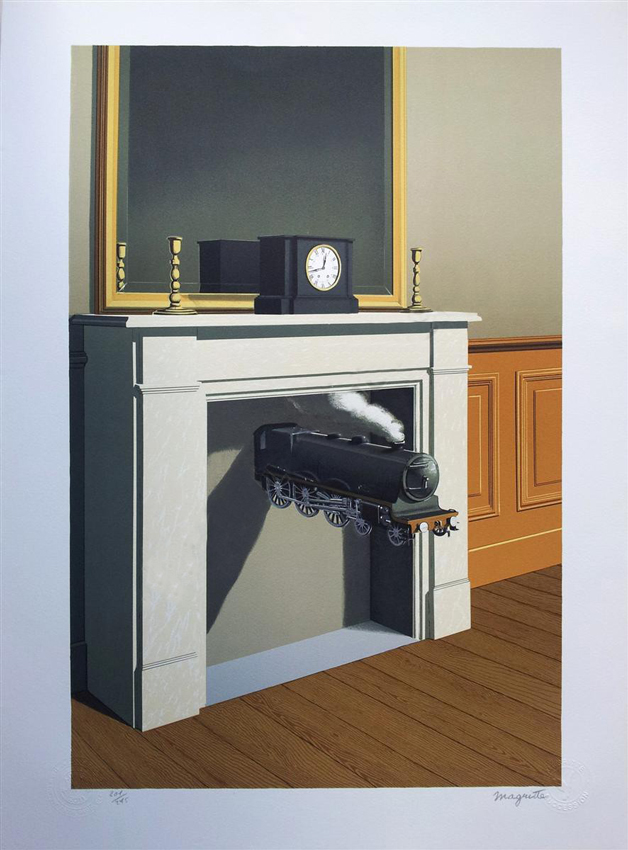 Translating literally from the French to "ongoing time stabbed by a dagger," the title of this work speaks to Magritte's intentions in creating the piece. The artist had hoped that the artwork, commissioned by a private collector, would be installed at the foot of a staircase in the collector's home; visitors ascending to the ballroom on the next floor would thus be visually stabbed by the painting. Our lithograph is as visually arresting as the artist intended. The blank grey room reflected in the mirror above the fireplace lends the scene an eerie quality. The steam train emerging from vent that would normally connect to a stove is not so random. "Not only does the opening in a fireplace suggest the mouth of a railway tunnel but the steam engine and the fireplace are both activated by fuel," writes Sarah Whitfield.

Created after the 1938 original oil on canvas La Durée poignardée (Time Transfixed) by René Magritte (1898-1967), this color lithograph was published and printed by Philippe Moreno, Paris in 2010. This work is signed ‘Magritte’ in fascimile in graphite color in the lower right margin, and signed in pencil in the lower left margin by the representative of ADAGP representing the Magritte Succession, Mr. Charly Hersovici. Numbered from the edition of 275 in pencil in the lower left margin.