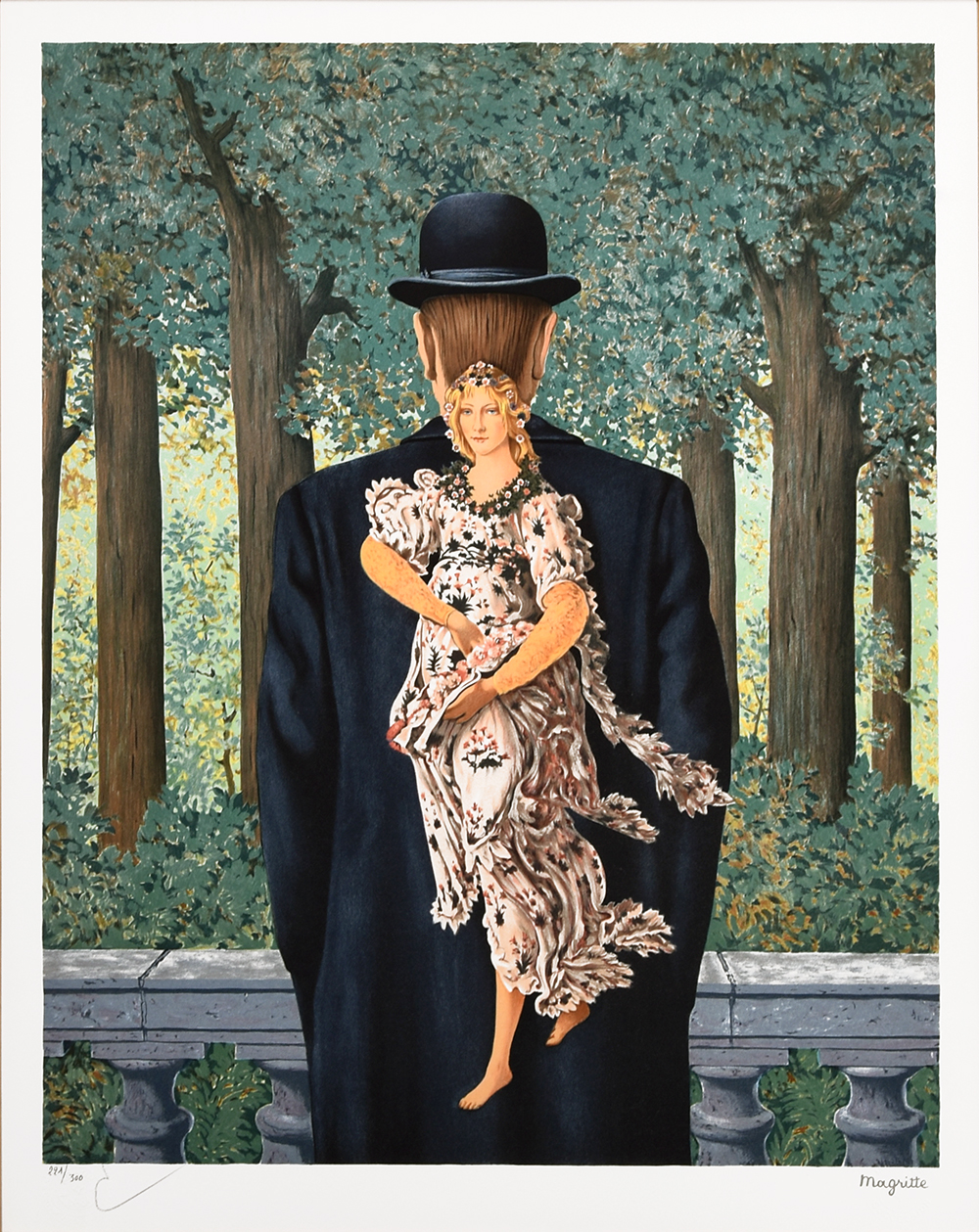 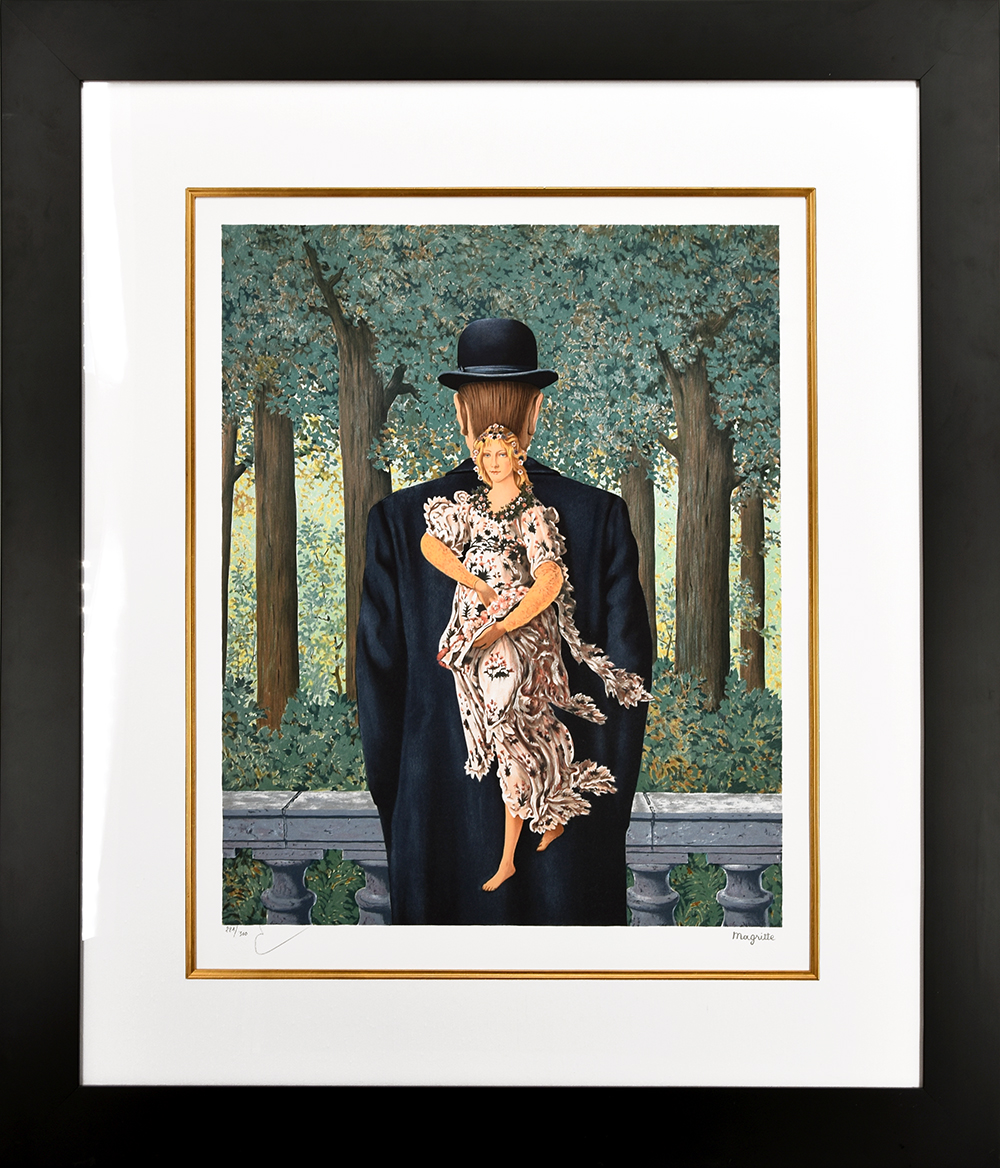 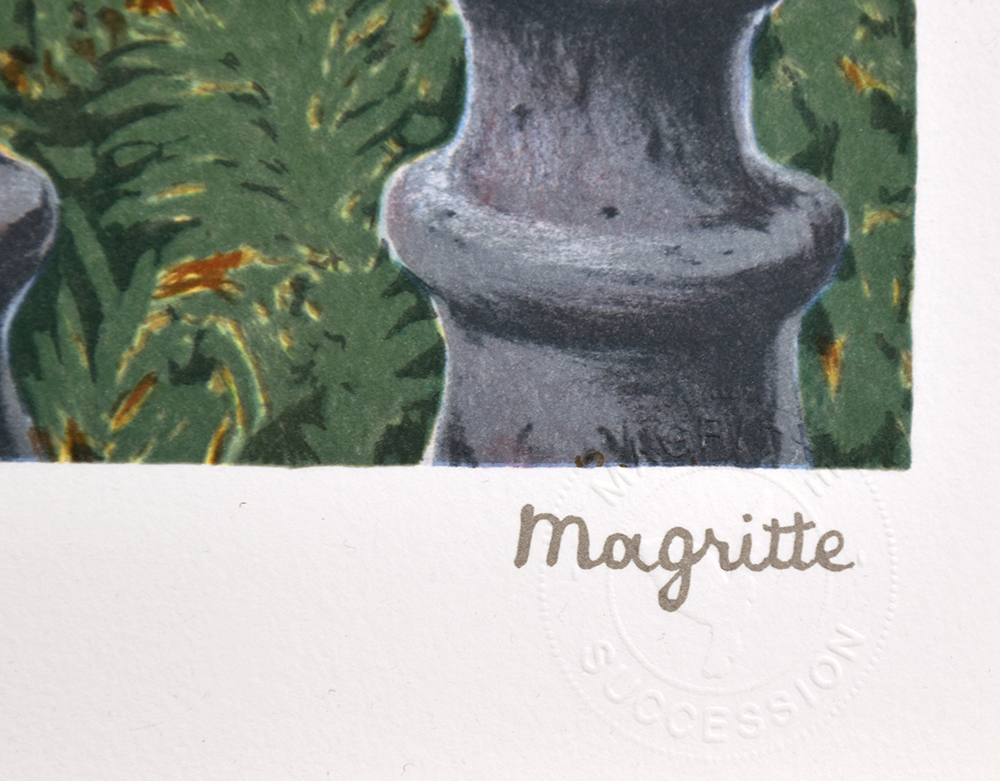 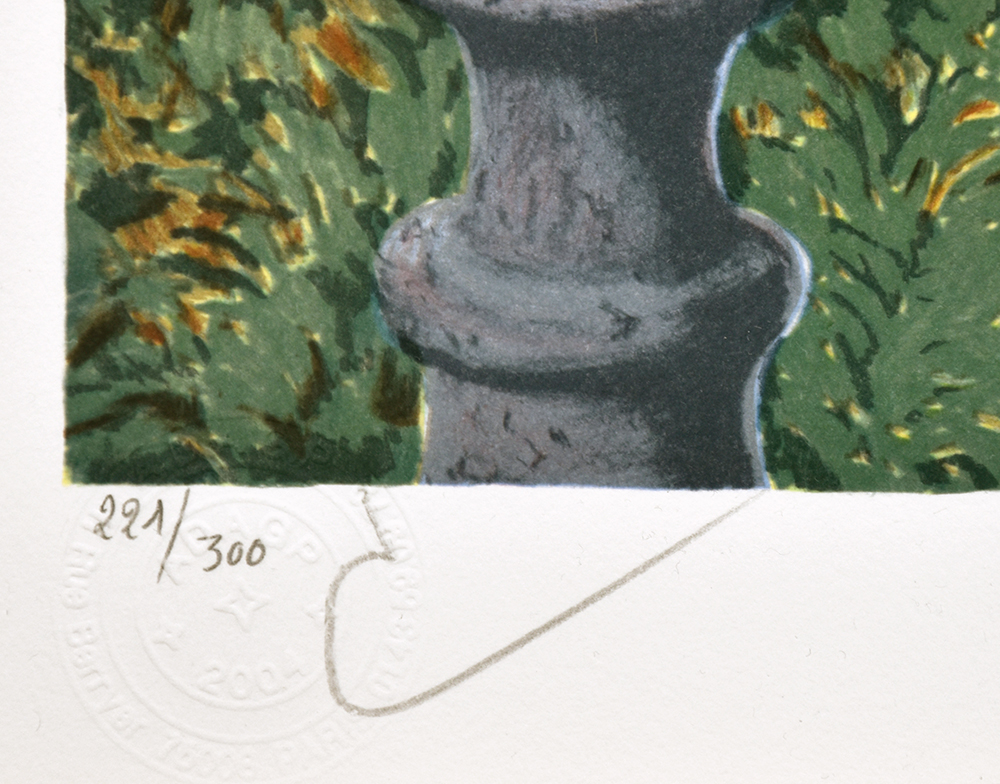 A man with a bowler hat stands with his back to the viewer, a figure of Flora from Botticelli's Primavera placed over his coat. This work exemplifies a device that Magritte commonly utilized: partially hiding an object by placing a smaller object in front of it and, therefore, denying the viewer complete access to the larger image. Of this work Magritte states, "Man is a visible apparition like a cloud, like a tree, like a house, like everything we see. I don't deny his importance and neither do I accord him any pre-eminence in a hierarchy of the things that the world offers visually" (Whitfield, no. 116).

Created after the 1957 original oil on canvas Le bouquet tout fait by René Magritte (1898-1967), this color lithograph was published and printed by Philippe Moreno, Paris in 2003. This work is signed ‘Magritte’ in fascimile in graphite color in the lower right margin, and signed in pencil in the lower left margin by the representative of ADAGP representing the Magritte Succession, Mr. Charly Hersovici. Numbered from the edition of 300 in pencil in the lower left margin.

1. Whitfield, Sarah. Magritte. London: The South Bank Centre, 1992. Original 1957 oil on canvas illustrated and discussed alongside no. 116.
2. A Certificate of Authenticity will accompany this work.