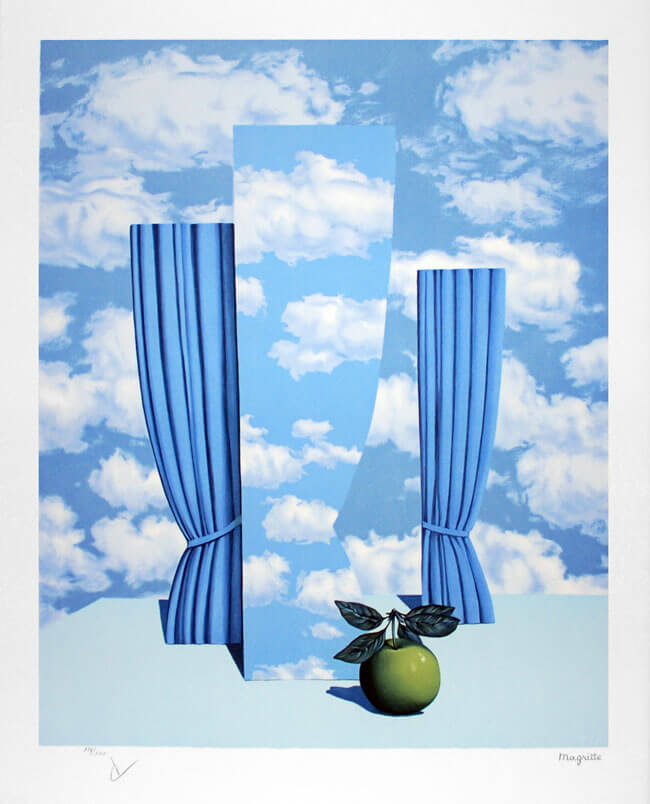 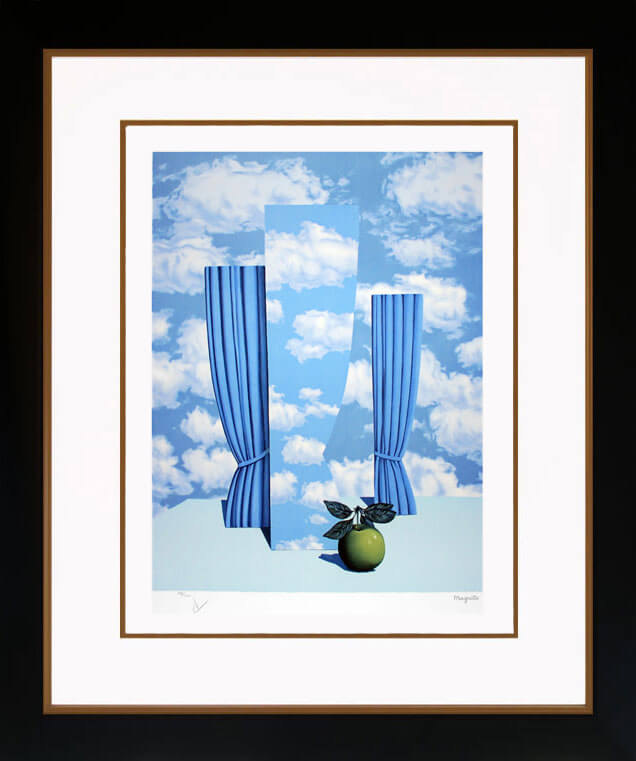 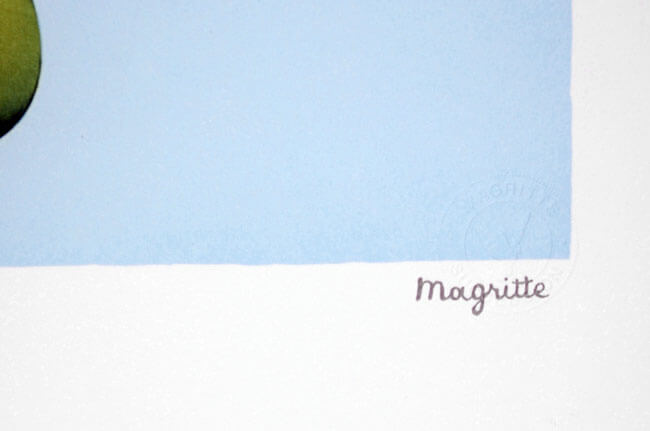 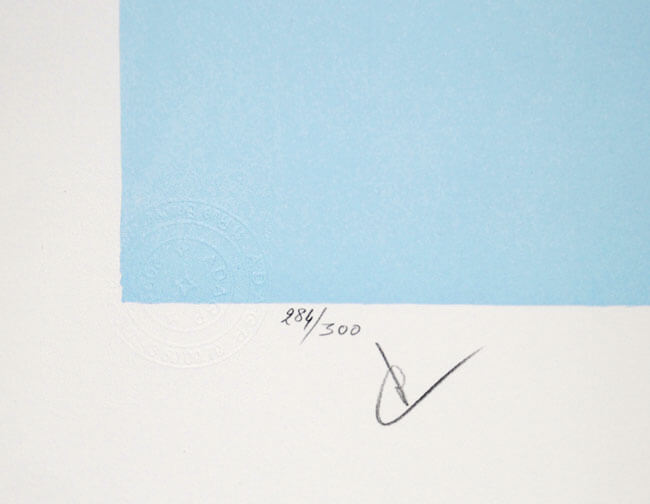 Draped curtains stand on their own against a background of cloud-dotted skies. These drapes do not appear to reveal or hide anything of great significance but rather rest propped up on a level surface, an enormous, green apple in front of them. A sky-speckled figure, mimicking the shape of the drapes, rests between them, disconcerting the viewer. Of Magritte's drapes Meuris states, "One way of looking at them [drapes] is as a technical device. They are usually shown with loops, giving them the appearance of open stage drapes, and they enable the artist, through a process of optical illusion, to locate the planes of his image within the pictorial space. Another way of looking at these drapes is a way of suggesting the fallacious (misleading) nature of the painted picture in relation to what it actually represents. Hence the idea of the stage set, to which the drapes lend emphasis" (pg. 169).

Created after the 1962 original oil on canvas Le beau monde (High Society) by René Magritte (1898-1967), this original color lithograph was published and printed by Philippe Moreno, Paris in 2003. This work is signed 'Magritte' in facsimile in graphite color in the lower right margin and signed in pencil in the lower left margin by the representative of ADAGP representing the Magritte Succession, Mr. Charly Herscovici. Numbered 284/300 in pencil in the lower left margin (from the total edition of 360, 300 examples numbered 1-300, 45 artist's proofs numbered 1-45, and 15 copies reserved for the Succession Magritte), this work is stamped with the ADAGP blindstamp in the lower left margin and the Succession Magritte blindstamp in the lower right margin. On the back of this work is an extensive block of printed text stating the title, provenance, tirage, and details of the original oil on canvas.
DOCUMENTED AND ILLUSTRATED IN:
1. Meuris, Jacques. Magritte. London: Greenwich Editions, 1988. Original 1962 oil on canvas illustrated on pg. 168 and discussed on pg. 169.