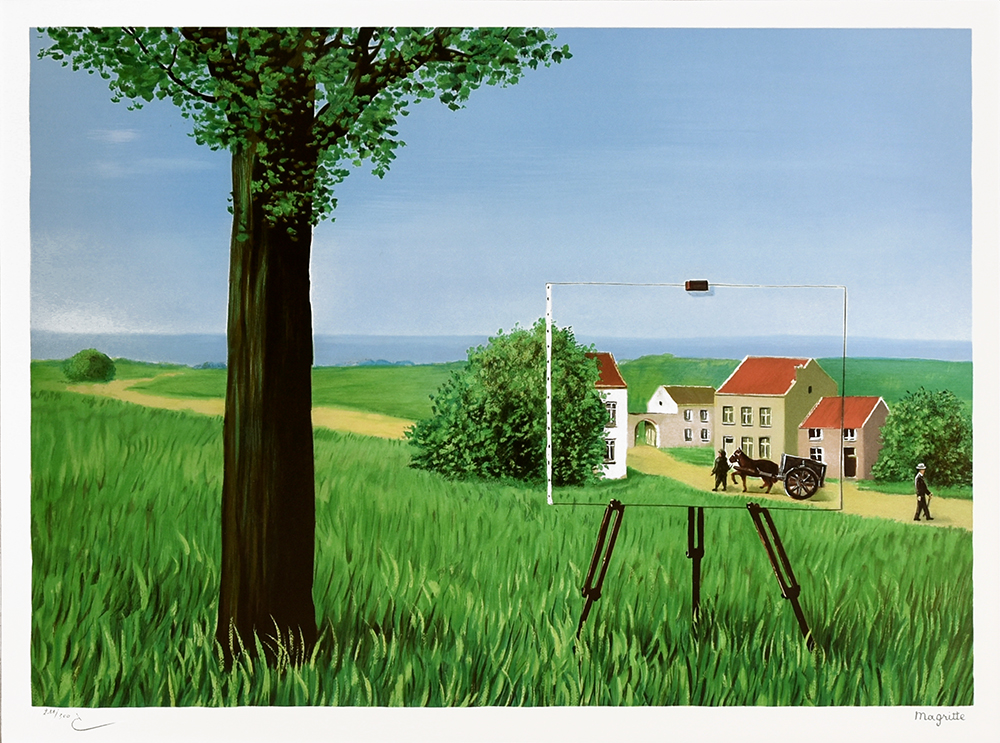 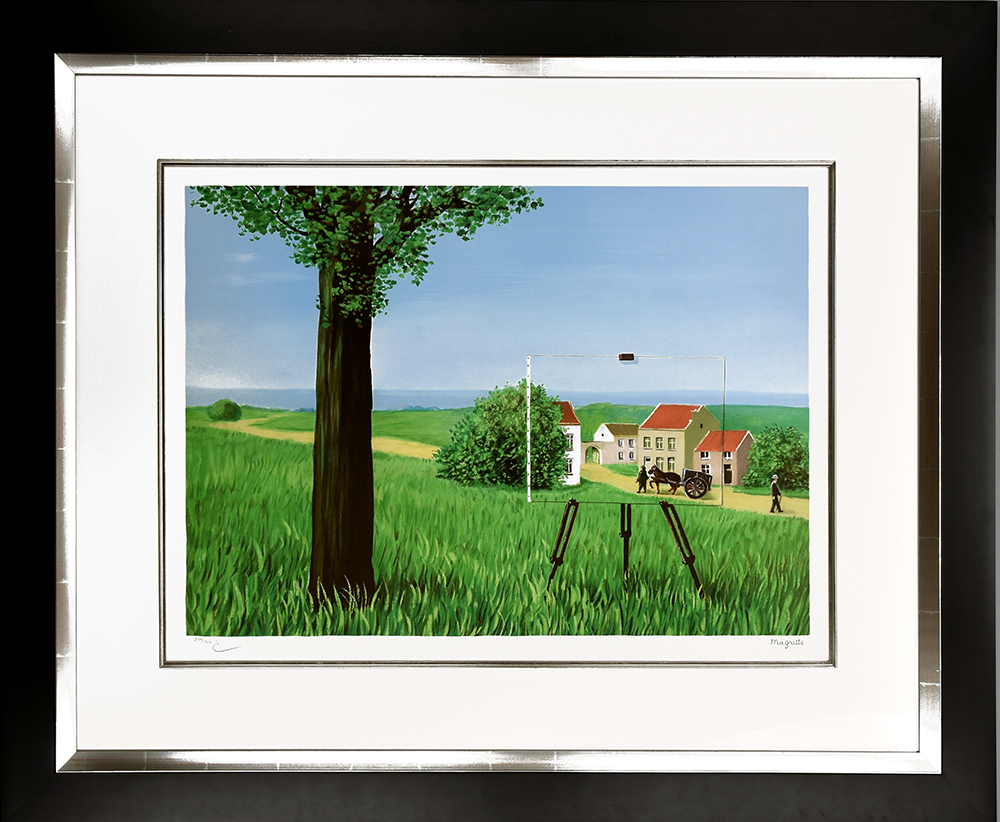 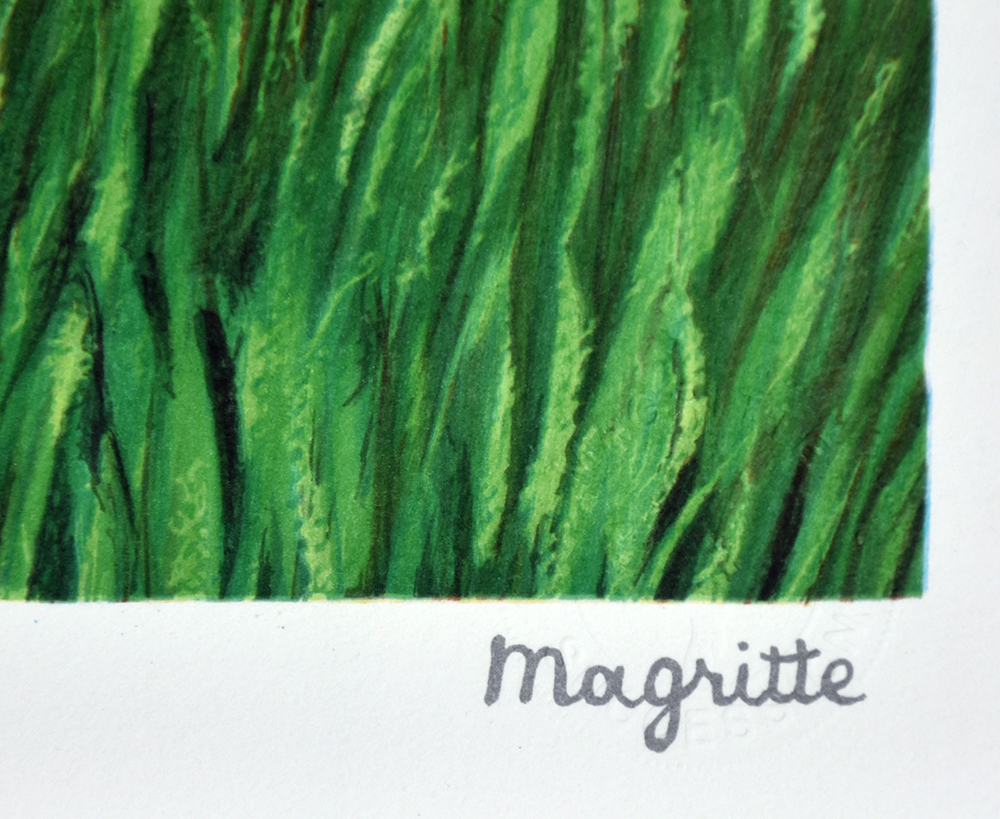 Of this work Whitfield states, "Painted for the one-main show at the Palais des Beaux-Arts in Brussels in 1931, this small, unobtrusive picture announces once of Magritte's simplest yet most disconcerting paradoxes. The idea of showing a canvas on which the landscape behind is reproduced, is thought to have been suggested by illustrations in a book on perspective used by students at the Academy in Brussels where Magritte had been a student. Even the village street with small figures and a cart seems to have been worked into his composition" (Whitfield, No. 58).

Created after the 1931 original oil on canvas La Belle captive (The Fair Captive) by René Magritte (1898-1967),this color lithograph was published and printed by Philippe Moreno, Paris in 2003. This work is signed ‘Magritte’ in fascimile in graphite color in the lower right margin and signed in pencil in the lower left margin by the representative of ADAGP representing the Magritte Succession, Mr. Charly Hersovici. Numbered from the edition of 300 in pencil in the lower left margin.

1. Whitfield, Sarah. Magritte. London: The South Bank Centre, 1992. Original 1931 oil on canvas illustrated and discussed as no. 58.
2. A Certificate of Authenticity will accompany this work.