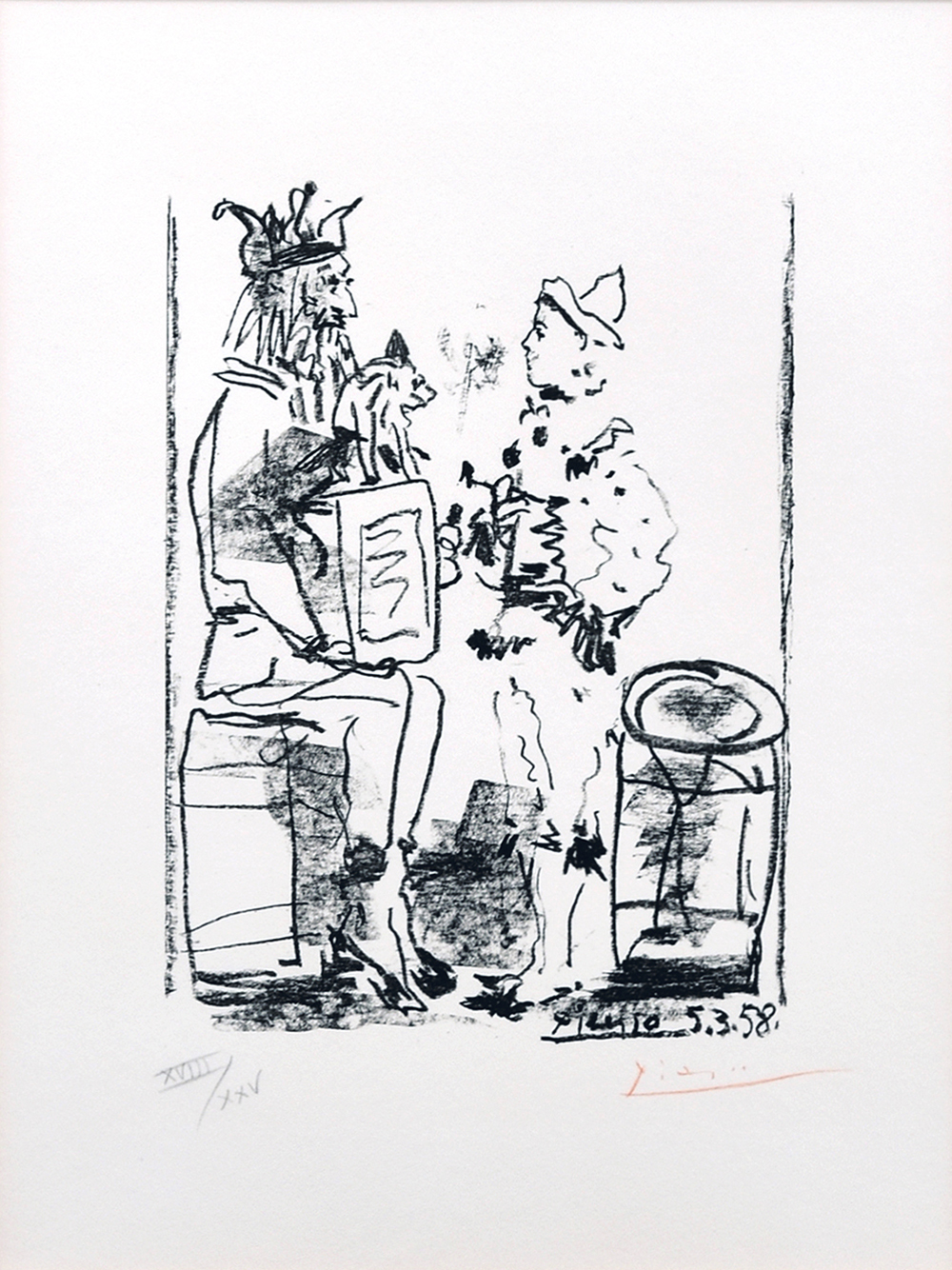 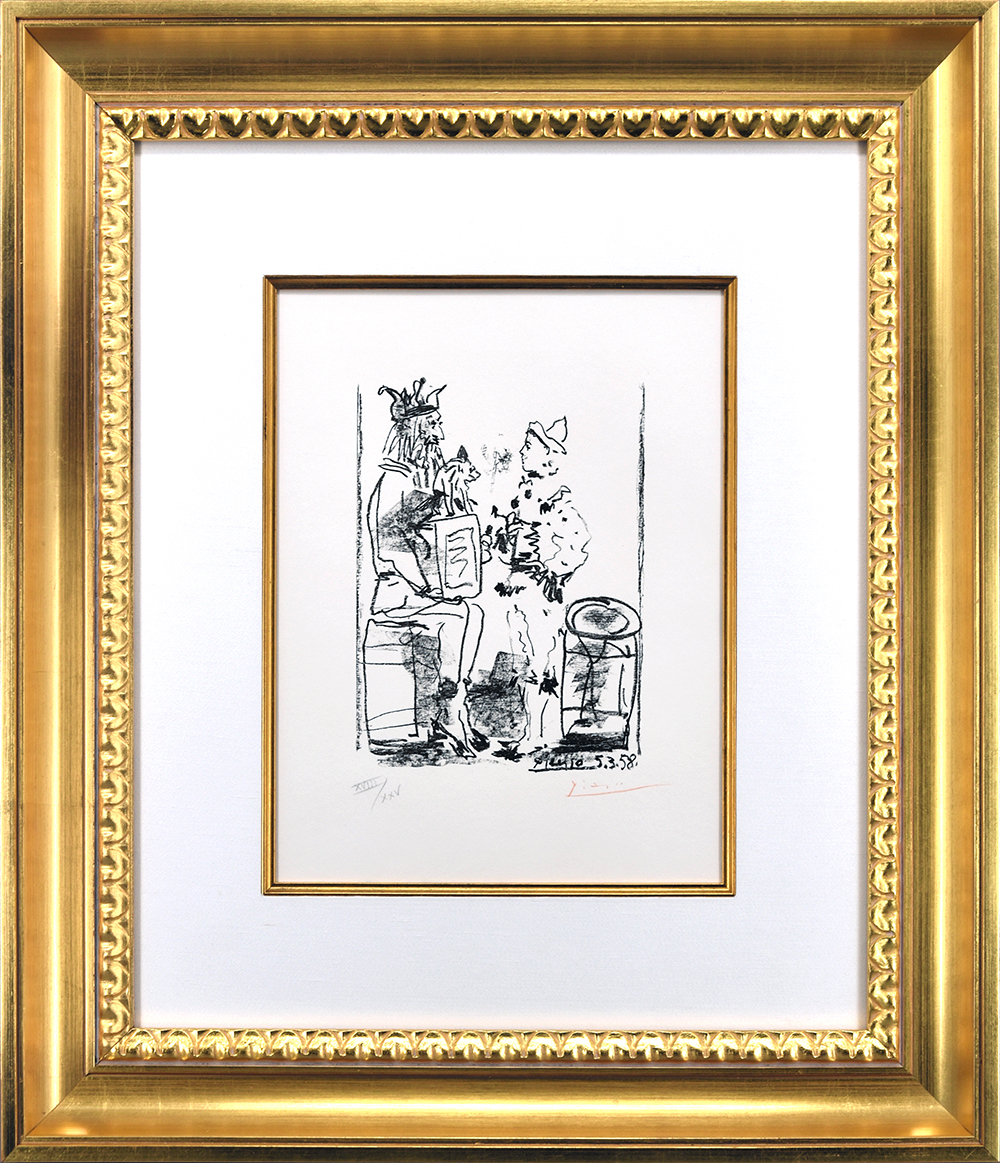 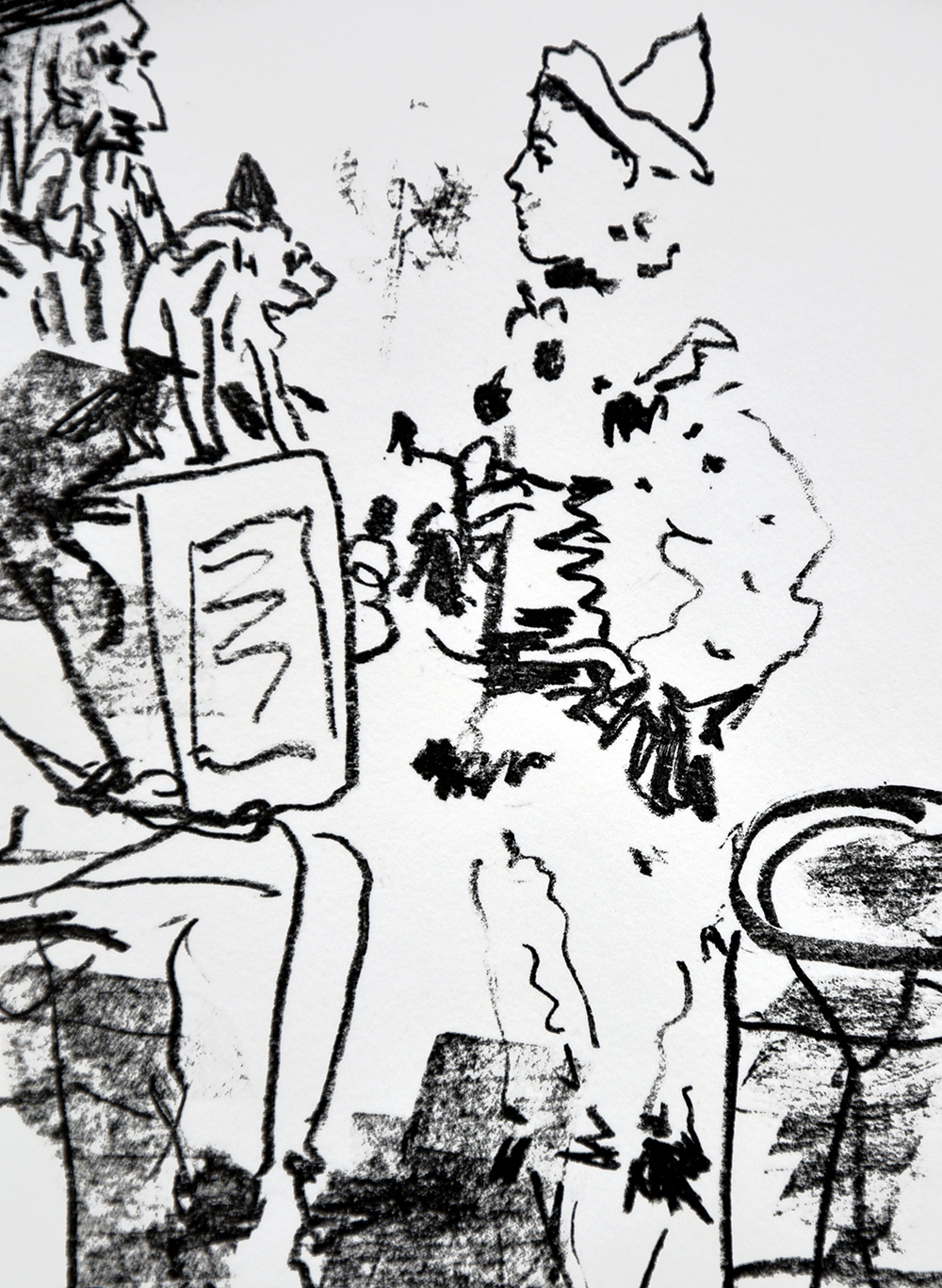 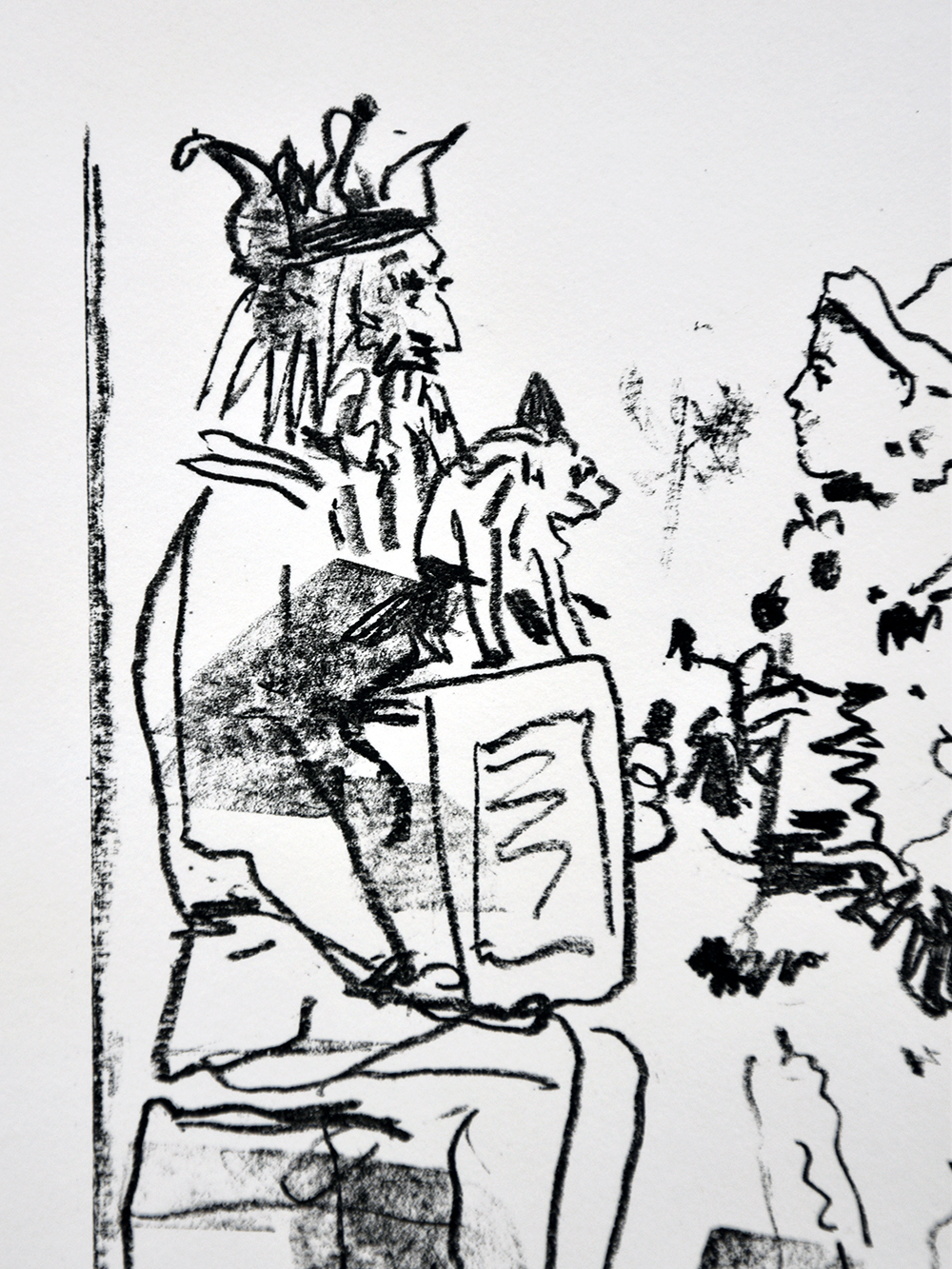 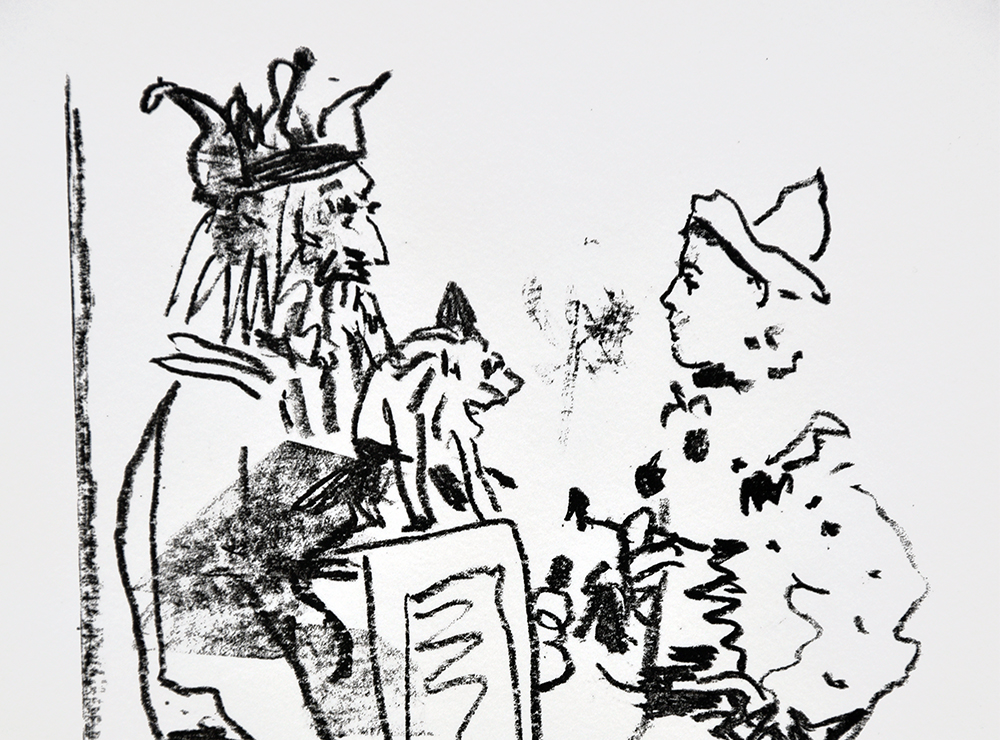 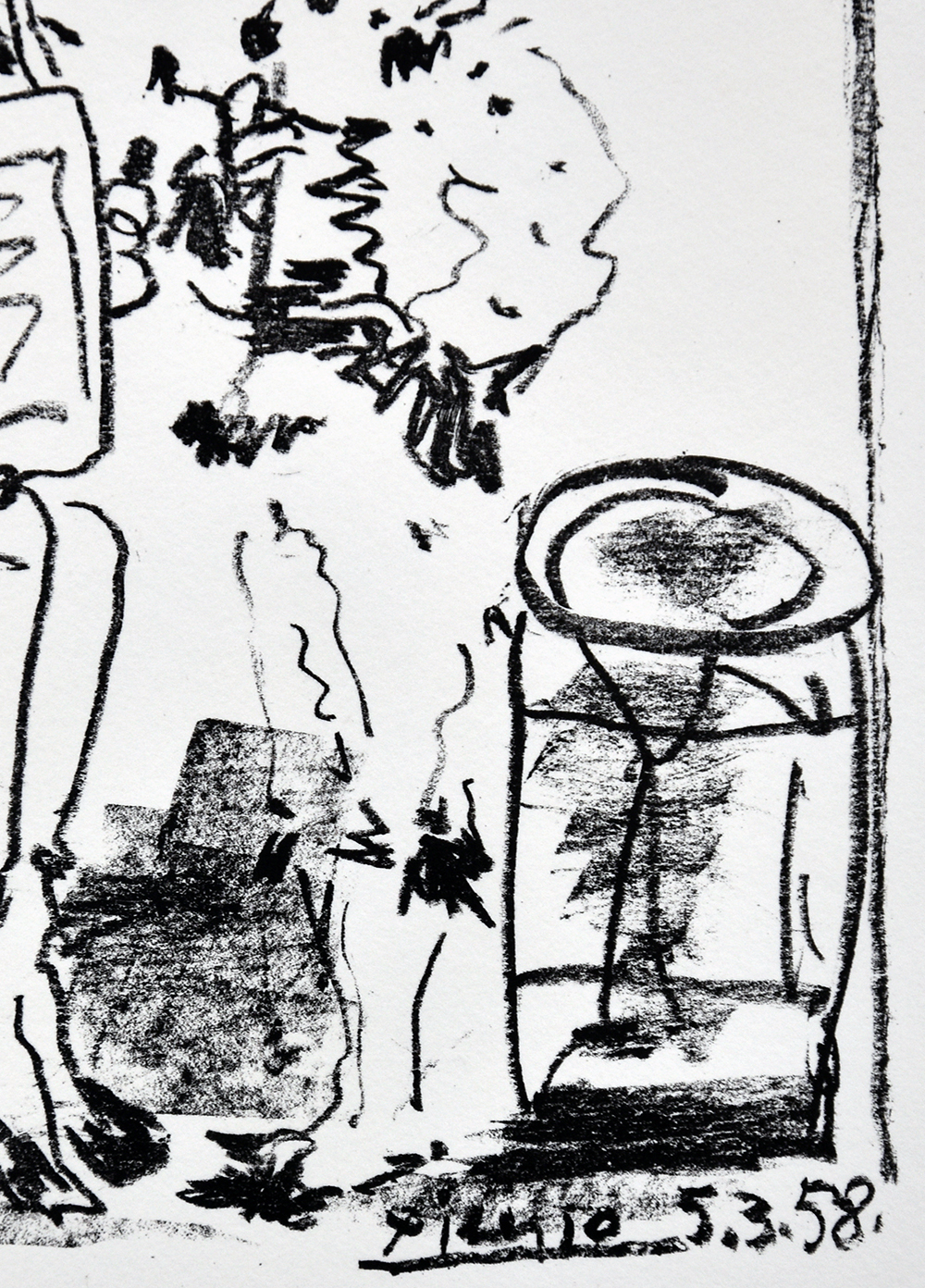 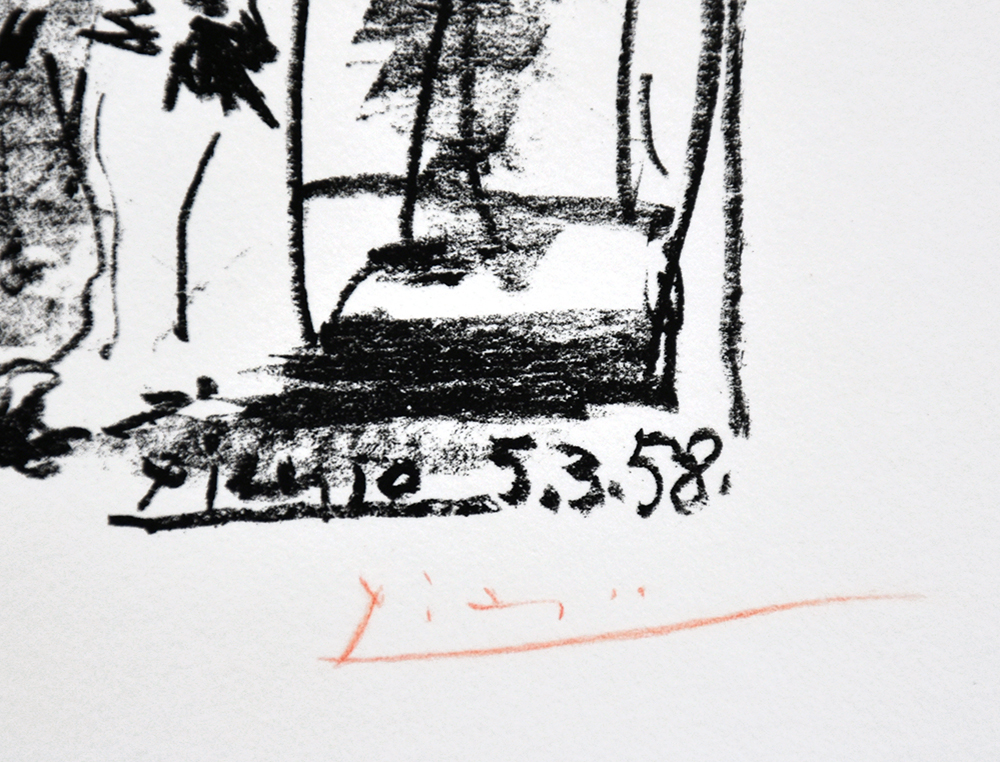 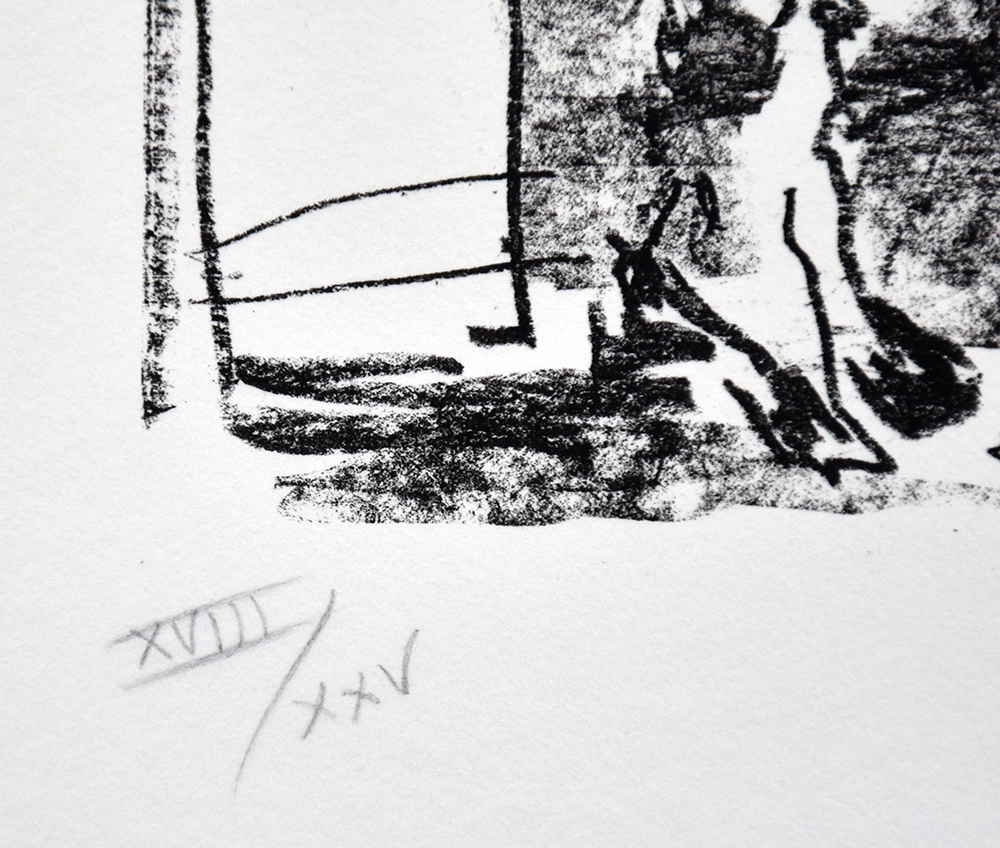 Pablo Picasso Les Satimbanques (The Tumblers), 1958 expressively captures a moment behind the scenes of two circus performers. By utilizing a limited palette of only black, the artistry of Picasso’s line work is fully on display. Heralded as the “master of line” by his critics, collectors, and admirers, Picasso showcases a multitude of techniques of drawing: quick and loose gesturally marks and shading applied roughly with the side of a crayon. At the left of the composition a seated male figure dons a belled jester’s cap. On his lap is a  barrel organ with a small monkey perched atop. He faces to the right another performer in fanciful garments. This figure faces him directly, and is featured in side profile, allowing the viewer to take delight in this exchange between such a pair of colorful characters.

This spirited work was conceived as the frontispiece for André Level’s Sourvenirs d’un Collectionneur. André Level (Paris, 1863- Paris, 1947) was a Parisian art collector, and later became a close friend of Picasso. Level is known as one of the first collector’s modern art, and he greatly impacted the visibility of the painters whose artwork he collected. In 1908, Level acquired La famille des saltimbaques, 1905 directly from Pablo Picasso for 1000 francs. Level went on to sell the painting at auction for 11500 francs only six years later. The sale was instrumental in sharing Picasso’s art with the public and establishing value reflected in the market.

Catalogue Raisonné & COA:
Pablo Picasso The Tumblers (Les Satimbanques), 1958 is fully documented and referenced in the below catalogue raisonnés and texts (copies will be enclosed as added documentation with the invoices that will accompany the sale of the work).

About the Framing:
Framed to museum-grade, conservation standards, Pablo Picasso The Tumblers (Les Satimbanques), 1958 presented in a complementary moulding and finished with silk-wrapped mats and optical grade Plexiglas.