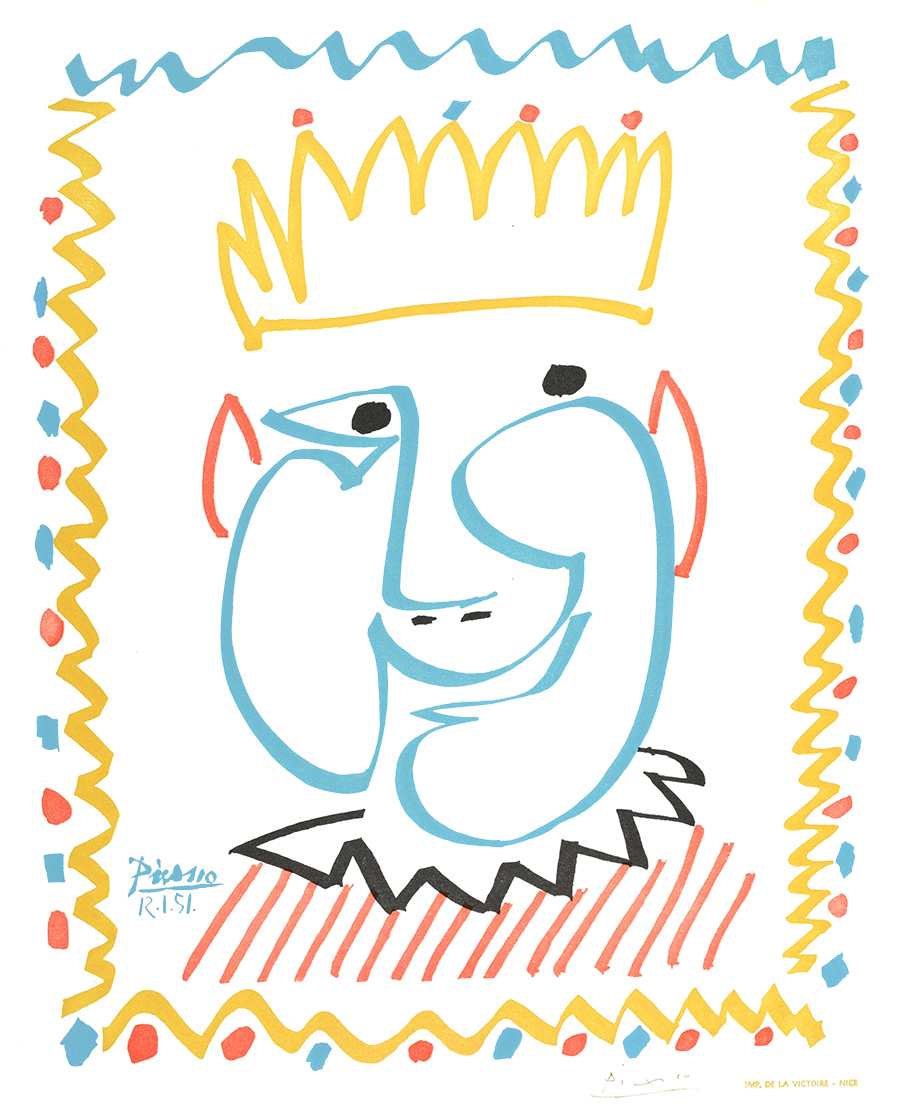 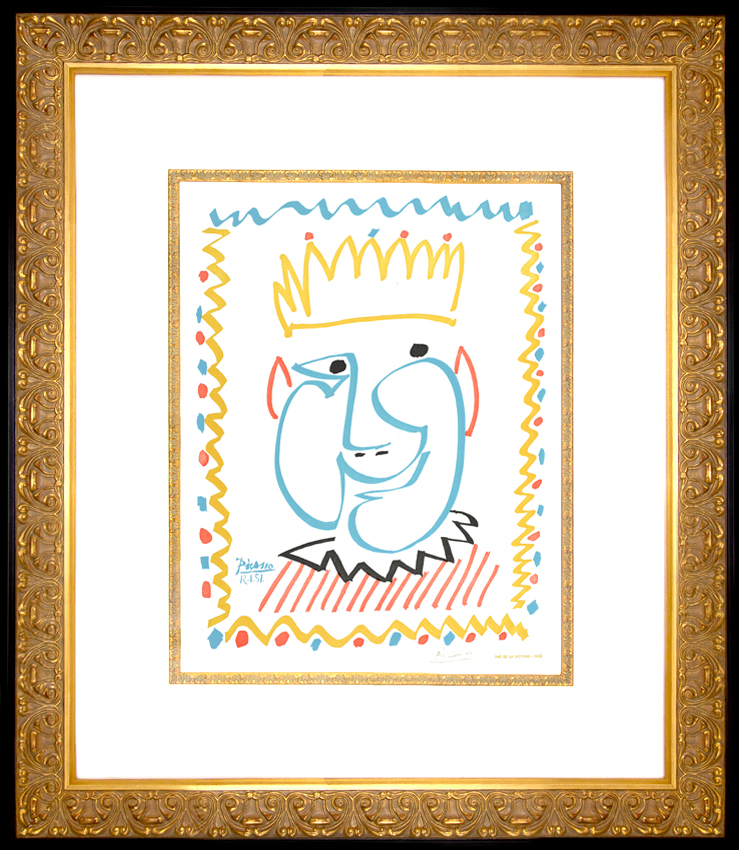 Picasso Le Roi (The King), 1951, is a fun and light-hearted work which depicts a brightly colored king, conveyed through the use of brilliant yellows, teals, and reds. The king appears a somewhat curious yet jolly figure as he smiles out at the viewer, bedecked in a red and white striped suit. His cheeks are plump, increased by the smile on his face - which gives the man a sunny disposition. The colors and lines that make up the king and his crown are mirrored in the repeating boarder that surround the king.

Providing the viewer with background information concerning this piece, Joseph K. Foster states, "The poster (upon which this lithograph was based) was commissioned by the city of Nice for its annual carnival. Here the figure is one of a happy and jovial king, the traditional symbol by which Nice introduces the carnival and advertises itself as a gay holiday resort. The colors are bright and direct, emphasizing the gala spirit of the community" (Foster, 28).

Catalogue Raisonné & COA:
Pablo Picasso The King (Le Roi), 1951, is fully documented and referenced in the below catalogue raisonnés and texts (copies will be enclosed as added documentation with the invoices that will accompany the final sale of the work).

1. Foster, Joseph K. The Posters of Picasso. New York: Grosset & Dunlap Publishers, 1964. The poster example is illustrated as plate no. 9.

About the Framing:
Pablo Picasso The King (Le Roi), 1951,  is framed to museum-grade, conservation standards, presented in a complementary moulding and finished with linen-wrapped mats and optical grade Plexiglas.