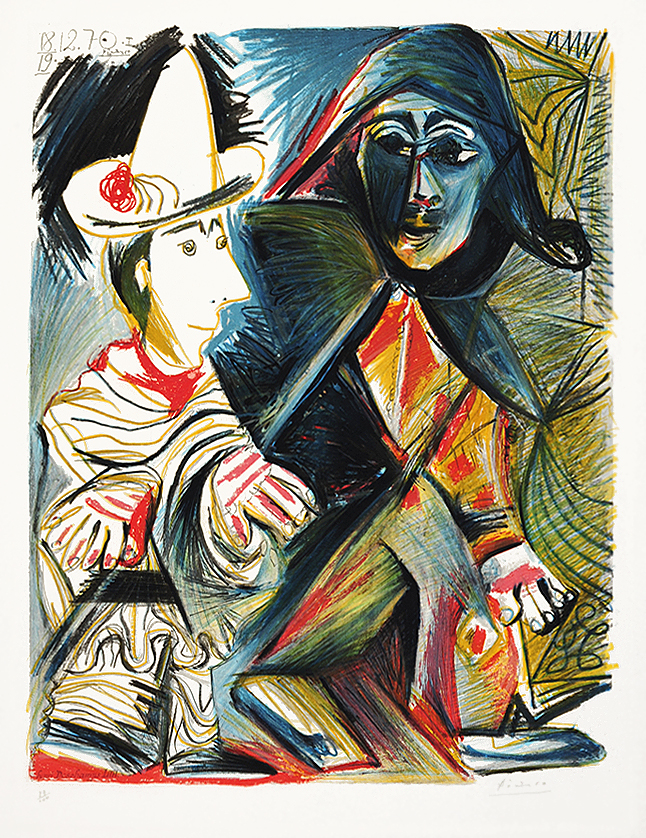 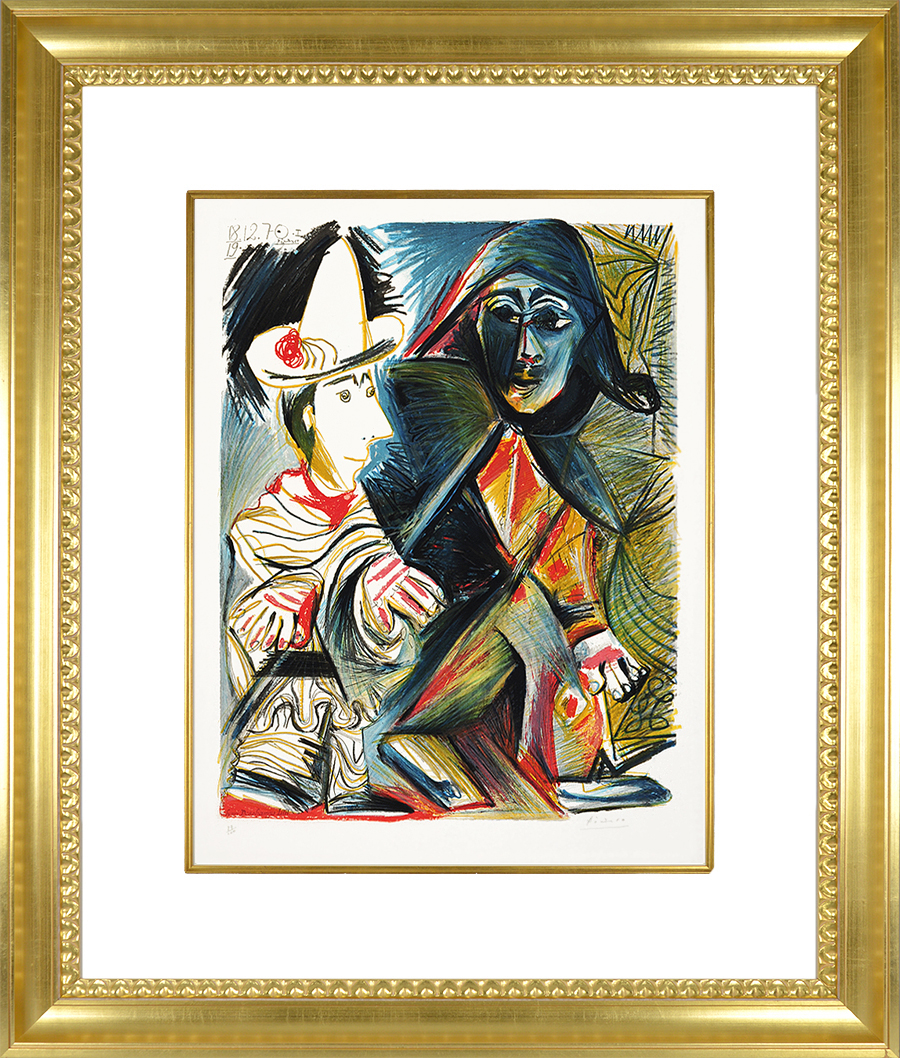 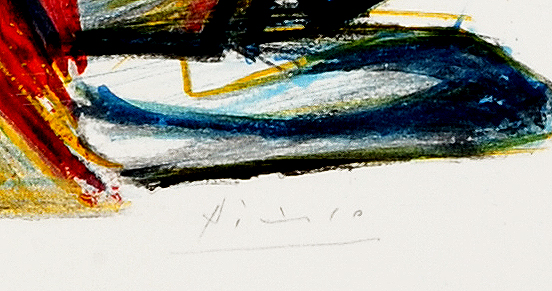 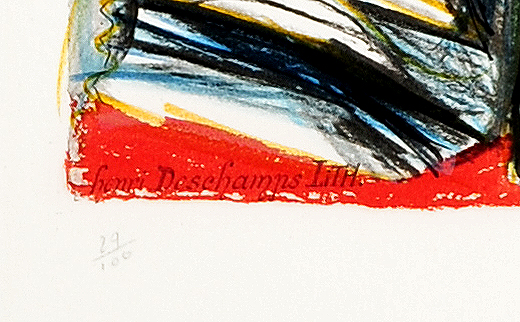 In the wonderful Picasso Le clown et l'Harlequin (The Clown and the Harlequin), 1971, a clown and harlequin walk side by side as if in deep conversation. The vibrant red, blue and yellow colors which decorate their costumes belie the placid expressions on their faces. The clown is seen wearing a striped shirt with a dramatic hat, his oversized hands and feet emphasizing his comedic persona. The harlequin wears the trademark red and yellow diamond patterned suit, yet his face is darkly colored in contrast against his festive costume. The two characters appear to be caught in a serious moment, the harlequin looking quizzically at the clown as if waiting for a response. This subtle detail exemplifies the human side to these usually theatrical and buffoon-like characters. It is precisely this willingness to detract from classical caricature which qualifies Picasso as a creative visionary.

Catalogue Raisonné & COA:
Pablo Picasso Le clown et l’Harlequin (The Clown and the Harlequin), 1971 is fully documented and referenced in the below catalogue raisonnés and texts (copies will be enclosed as added documentation with the invoices that will accompany the final sale of the work):

About the Framing:
Pablo Picasso Le clown et l’Harlequin (The Clown and the Harlequin), 1971  is framed to museum-grade, conservation standards, presented in a complementary moulding and finished with silk-wrapped mats and optical grade Plexiglas.