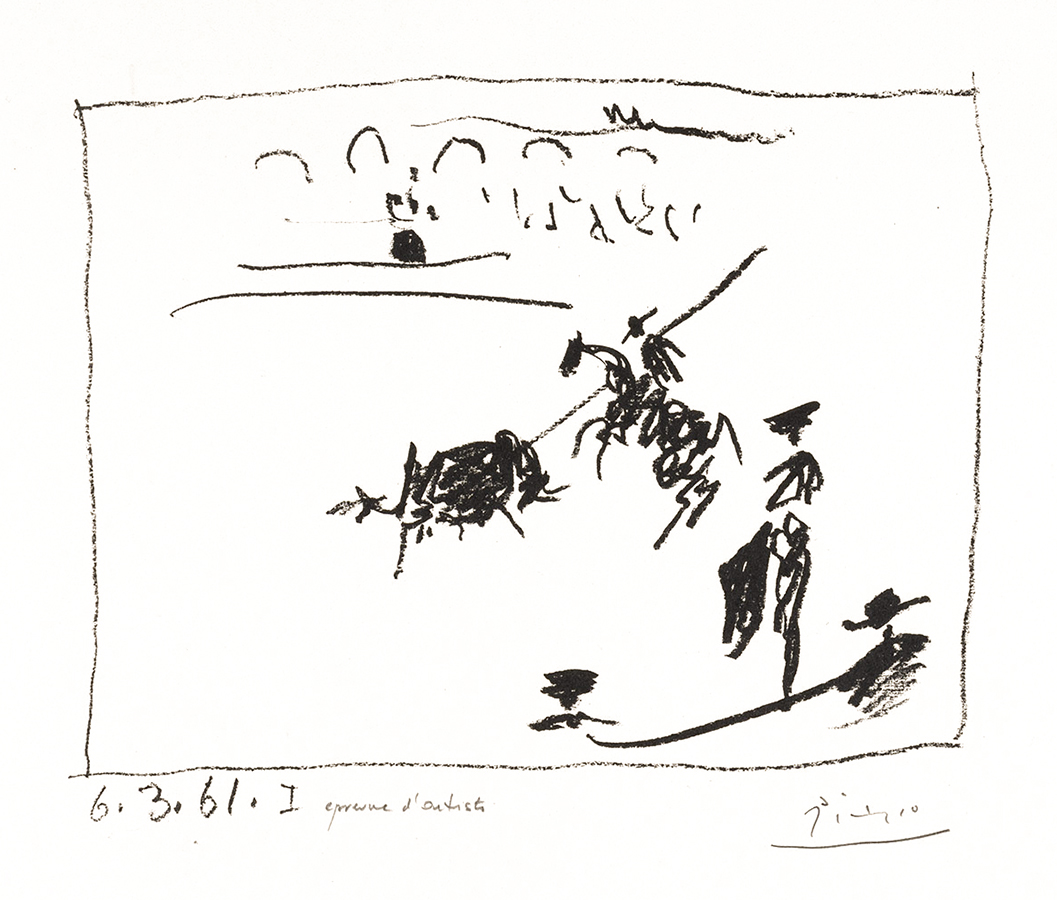 Pablo Picasso La Pique (The Pike), 1961 is another example of Picasso’s whimsical works. Simple and concise are the lines rendered in this playful work of art. Strong black coloring fills in the between the lines that make up the bullfighter. The scene unfolds within a square frame that acts as a window meant for the onlooker to partake in the action. As a viewer, one can feel the theatrical element that Picasso playfully makes noticeable. The picador charges towards the bull with his long spear. In the background, thousands of people have gathered cheering on gleefully in the stands. One can truly feel the energy build up inside the corrida where the picador mounted up on his horse, fiercely conquers the bull.

An illustration made for the book, A Los Toros Avec Picasso by Jaime Sabartes, La Pique (The Pike) from A Los Toros With Picasso, 1961 is among a selection of lithographs depicting various scenes of bull-fighting. An iconic imagery depicting one of Picasso’s most common themes of bullfights, this work is an exceptional work. Strong graphics produce the undeniable elation an onlooker would have if they were indeed a part of the show.

Catalogue Raisonné & COA:
Pablo Picasso La Pique (The Pike), 1961 is fully documented and referenced in the below catalogue raisonnés and texts (copies will be enclosed as added documentation with the invoices that will accompany the final sale of the work):

About the Framing:
Framed to museum-grade, conservation standards, Pablo Picasso La Pique (The Pike), 1961 is presented in a complementary moulding and optical grade Plexiglas.