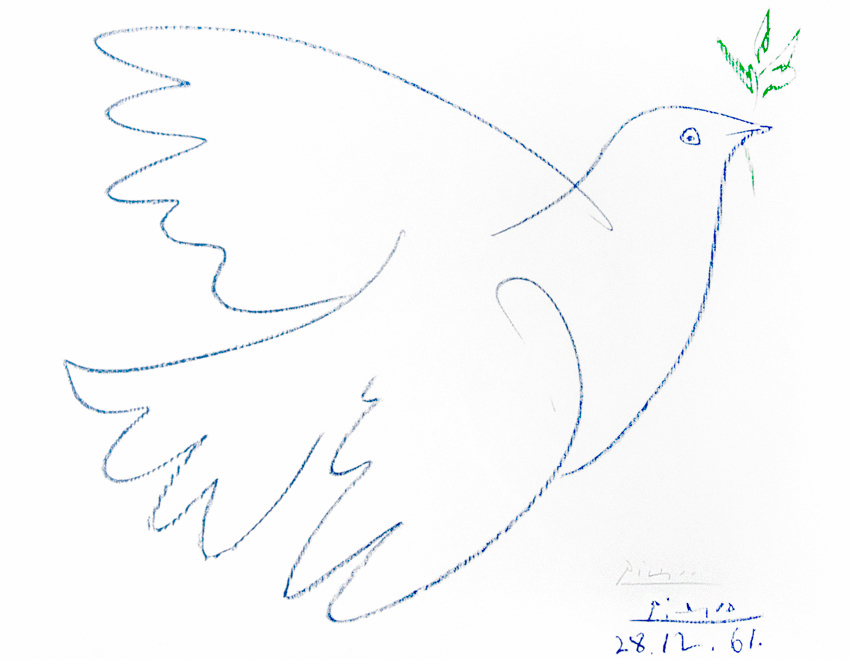 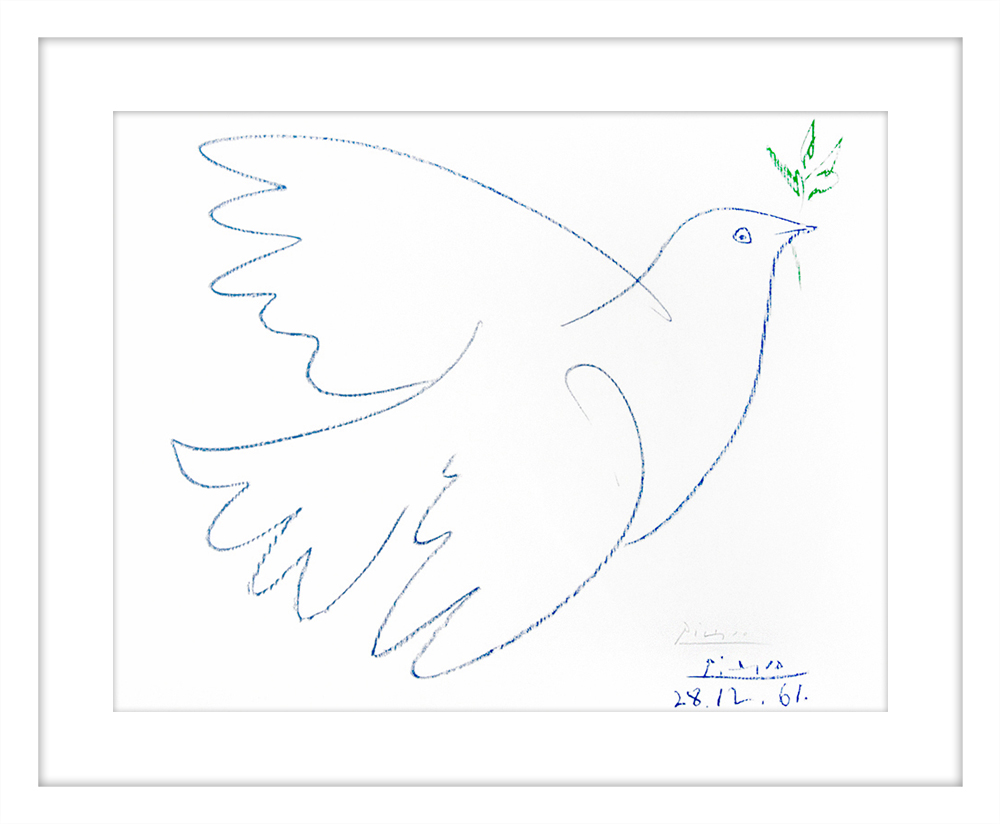 Picasso La Colombe Bleue (Blue Dove), 1961 was exhibited March 10 – 11, 1962 and created using the image from an engraving entitled The Blue Dove. Historically significant, this image is easily one of Picasso’s most iconic pieces. Originally intended to advertise the Congrès national du mouvement de la paix held in Issy-Les-Moulineaux, France in March 1962, this charming work displays a beautifully-drawn dove carrying an olive branch. Turning to the internationally-recognized symbol of peace for inspiration, Picasso proves his skill at capturing a big idea with a simple image. Shown in mid-flight with its wings outstretched, the artist's dove invokes the lofty goals of this conference held in the name of peace. Simple blue lines create the shape of the dove, leading to a fascinating and elegant composition. Picasso also incorporated the dove in his own life, specifically by naming his fourth child 'Paloma' which is Spanish for 'dove'. Although it was created over 50 years ago, this piece retains its impact, a key characteristic of an enduring artwork.

Catalogue Raisonné & COA:
Picasso Blue Dove (La Colombe Bleue), 1961 is fully documented and referenced in the below catalogue raisonnés and texts (copies will be enclosed as added documentation with the invoices that will accompany the final sale of the work).